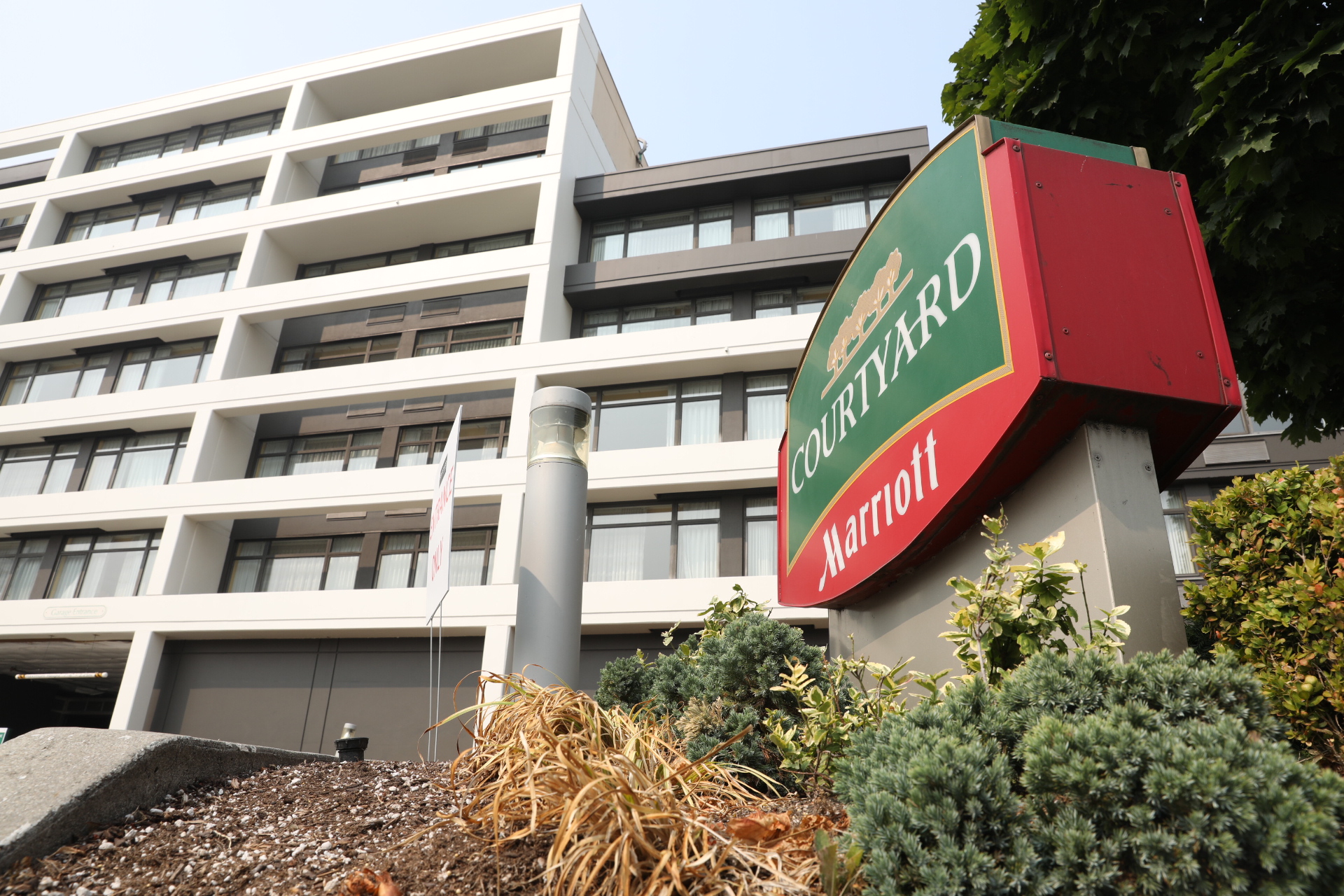 A Washington, D.C.-based industry group for large employers is suing Seattle over its protections for hotel workers — recently enacted as part of a voter-approved initiative that was passed in 2016.

Specifically, the ERISA Industry Committee is challenging the section of the law that requires large hotels to provide its workers with $200 each month to put toward health insurance or the monthly premium of the “lowest-cost, gold-level policy available on the Washington Health Benefit Exchange,” whichever is greater.

The lawsuit was filed in U.S. District Court Tuesday. The initiative has already been challenged once in King County Superior Court by hotel industry groups, but a judge dismissed that suit in June 2017.

“It’s just another example of the industry fighting tooth and nail to block some really basic health and safety requirements that voters voted overwhelmingly to approve in 2016,” said Abby Lawlor with Unite Here Local 8, which represents hotel workers.

The Hotel Employees Health and Safety Initiative, easily approved by Seattle voters in November 2016, aims to offer a broad array of protections for hotel employees in Seattle, such as those who clean rooms.

The aspect of the new law that received the most attention in the run-up to the 2016 election was the requirement that workers be provided with panic buttons they can use in case of an assault by a guest. But the rules go further, requiring hotels to record accusations of harassment or assault made against guests and to notify employees if a guest at their workplace is on that list. Hotels must also post employee rights flyers prominently and accommodate employees who say they’ve experienced or witnessed harassment. And hotels must also limit how many square feet an employee can clean in an 8-hour shift.

“As a vast majority of Seattle hotel employees are women, immigrants, and people of color, these hazards and instabilities within the hospitality industry exacerbate existing structural inequities experienced by these groups,” read the city’s rules. “It is appropriate and necessary to protect employees in the hotel industry — those who clean the rooms, change the sheets, and dice the vegetables — from assault and injury, unmanageable medical costs, and unnecessary job loss.”

Tuesday’s lawsuit, however, pertains specifically to the section requiring that hotel workers be provided with health benefits. According to Lawlor, hospitality workers had the lowest rate of employer-provided health care access in the state in 2016.

The ERISA Industry Committee (ERIC) provides large employers, generally with 10,000 or more employees, with lobbying and litigation on policy matters related to health, retirement and compensation plans. ERISA refers to the Employee Retirement Income Security Act of 1974, which regulates health and pension plans.

The lawsuit arrives now because, nearly two years after the initiative passed, the city only just finalized its rules on July 12. As a result, hotels with 100 or more rooms must begin providing their workers with health benefit payments before Aug. 16 — Thursday — or be subject to fines of at least $100 per day per employee, up to $1,000 per employee.

In its lawsuit, ERIC argues that the hotel workers initiative is pre-empted by federal law and that the city therefore cannot require employers to provide health benefits. ERIC argues that while federal law regulates health plans should an employer choose to provide one, “Nothing in ERISA requires employers to establish employee benefit plans. Nor does ERISA mandate what kind of benefits employers must provide if they choose to have such a plan.”

“ERIC opposes efforts by the City of Seattle, or any state or locality, that attempts to mandate or impose requirements on private health or retirement plans regulated by ERISA,” said Annette Guarisco Fildes, ERIC’s president and CEO, in a statement.

Additionally, the lawsuit argues that the requirements placed on large hotels are burdensome and put them at a competitive disadvantage relative to hotels with fewer than 100 rooms. Those hotels, reads the suit, “will need to — at great expense — alter their health benefit plans covering employees in the City in order to supply gold-level coverage.”

Lawlor with Unite Here Local 8 said it was “telling” that no Seattle hotels put their name on the lawsuit. “It’s a hard thing to say publicly that you think low-wage workers should not be able to access health care for their families,” she said.

Because it’s dealing with a federal statute, the suit was filed in federal court.

The lawsuit seeks to prevent implementation or enforcement of the section requiring health benefit payments and asks the court to declare the section pre-empted by ERISA.

ERIC is requesting that the city voluntarily suspend enforcement as the litigation proceeds, but did not rule out requesting a court-ordered injunction.

The entire initiative has already been challenged once in court. Shortly after it was approved, a group of hotel associations sued, saying the ballot title was incomplete and similarly argued the health and safety portions were pre-empted, but by state law.

The groups also raised particular concern about the list of accused guests, referring to it as a “blacklist.”

In a statement, a spokesperson for the City Attorney’s Office said of the new lawsuit, “We fully intend to defend this voter-approved initiative meant to support Seattle’s hotel workers. We have not yet been served with the lawsuit, so we’ll take a look at the arguments once we receive it.”