Strawberry Theatre Workshop decided one character’s behavior in planned show was offensive to the deaf community. 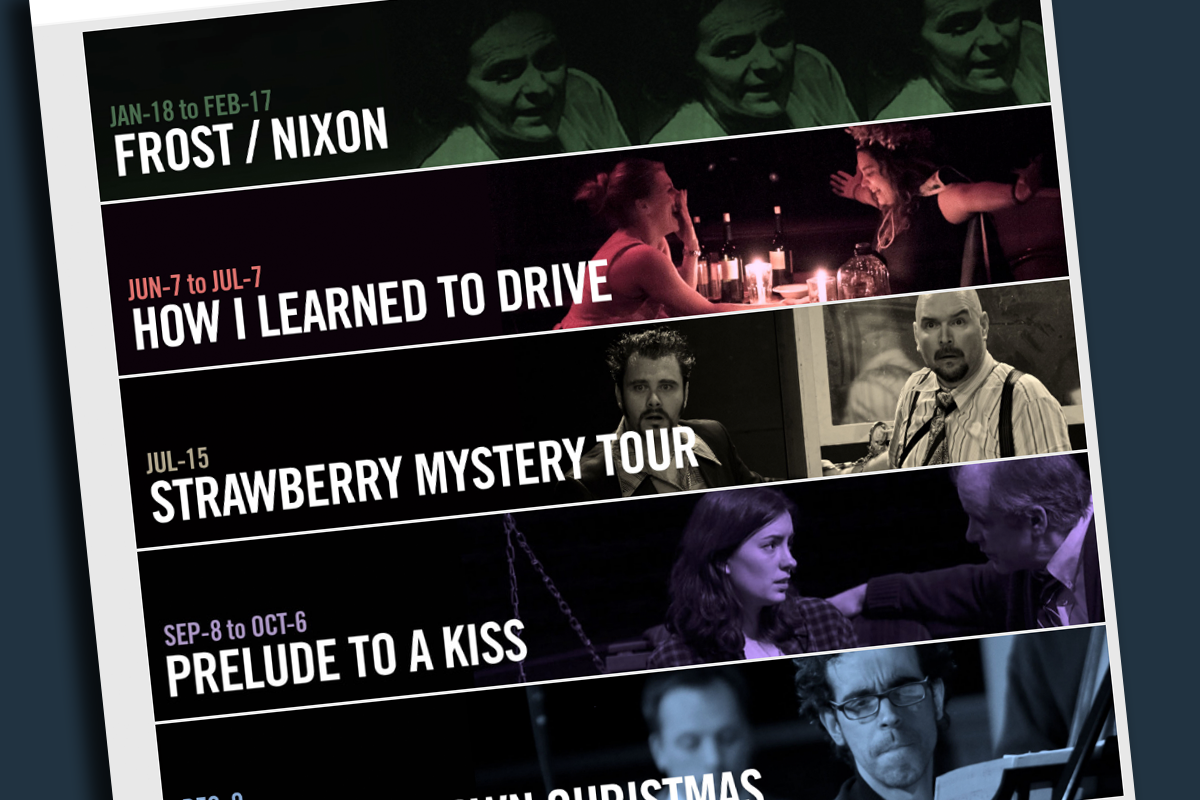 Some of the productions included in this season at Seattle’s Strawberry Theatre Workshop. The company decided this week to substitute “Prelude to a Kiss” for “Reckless” after deciding some aspects of the play had “not aged well.”

It is not uncommon for a theater company to replace one play with another in its season schedule due to logistical or personnel difficulties. But when Strawberry Theatre Workshop announced recently that it was canceling one play by Craig Lucas (“Reckless”) in mid-rehearsal and replacing it with another Lucas work (“Prelude to a Kiss”), it was for another reason entirely.

With the press announcement of the change came a detailed statement explaining the move. (It is also excerpted on the company’s website). The statement described “Reckless” as a “beautiful and meaningful play,” but added that “some aspects of the story have not aged well. Specifically, the use of American Sign Language as a means of deception and plot points surrounding the Disabled community do not reflect contemporary sensibilities.”

What is the offending sensibility in this often performed, whimsical 1983 serio-comedy about an imperiled woman’s journey through a bizarre but redemptive thicket of Americana? According to Strawberry Theatre Workshop artistic head Greg Carter, who was directing “Reckless,” the problem was the concept of the paraplegic supporting character Pooty, who has pretended to be deaf and mute in order to win devoted attention from her co-worker husband and receive more government support.

Pooty is among a half-dozen characters “who are seeking redemption from reprehensible choices, but unlike the others, the victims of her offensive actions are not represented,” according to the company statement. “If there were an actual Deaf character in the play, and audiences could see how Pooty's actions impacted them, the arc of the story would be different. There is no way to provide that context without rewriting the play.”

And why are her deaf co-workers her victims? “Pooty has taken on the language of a population that doesn’t have a choice about their language,” Carter explained, in a phone interview. “For many deaf people, ASL is their only language.”

Actor Rachel Guyer-Mafune, who was cast as Pooty, struggled with the script for the same reason.

"It was problematic because a hearing character is pretending to be deaf and using something that is not a choice...using it to their advantage, their privileged advantage. It's showing a lot of ableism. And no remorse," Guyer-Mafune said.

When Carter asked the opinion of some members of the deaf community serving as ASL consultants on the show, they concurred with his decision. (Crosscut has reached out to the consultants through Carter but they have not responded). Carter stresses that there was “no external pressure” from any outside group or individual to cancel the show. Rather, an internal “process” initiated among artists involved in the production led to the decision. (A quick Google search turned up no other cases of the play being publicly protested or rejected for this reason.)

“It’s very important to me not to offend Craig Lucas,” said Carter, of the nationally known dramatist who was a writer in residence at Seattle’s Intiman Theatre during the early 2000s. “I’ve never seen it…but I think this play could be very strong in a different production…. I just don’t think I’m the director for it, and our cast isn’t the cast for it. And I’m really happy that he wrote another play that’s perfect for us."

Carter says “Prelude to a Kiss” (which has been frequently staged in Seattle, including in 2016 by ReAct Theatre), will use the same actors from “Reckless,” and fulfill Strawberry Theatre Workshop’s mandate to explore social issues. “Prelude,” which won a Pulitzer Prize in 1990 and is often considered an allegory for romantic love in the shadow of the AIDS crisis, concerns a young couple who due to a strange occurrence at their wedding suddenly have to face illness and old age together.

And Lucas? Coincidentally his new play, “I Was Most Alive With You,” is about a proud gay deaf man coping with a Job-like onset of difficulties. It is set to open Off-Broadway in September at Playwrights Horizons with a cast of hearing and deaf actors performing simultaneously in English and ASL.