What Pearl Jam is doing for Seattle

The hometown band urges fans to help our homeless neighbors. 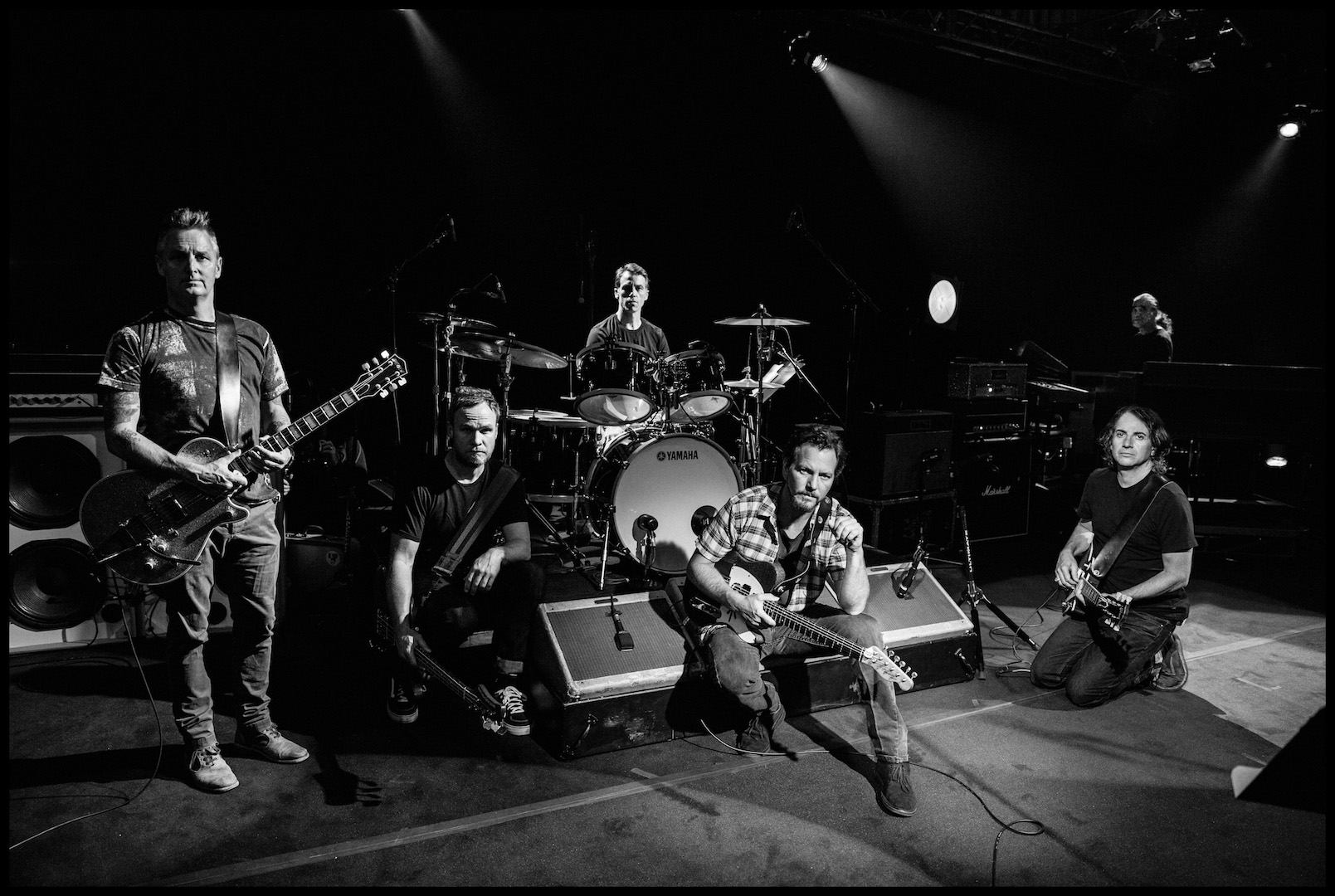 I made a crazy last-minute parking decision on my way to Wednesday’s Pearl Jam concert. Instead of parking near Safeco Field, I left my car in front of 109 Eastlake Avenue East and took Lyft the rest of way.

That address abuts I-5, which in Seattle means that I parked near many tents and the homeless who live in them. The homeless are present in almost every Seattle neighborhood these days, but it’s particularly the case by the freeway, where overpasses serve as shelters for many in Seattle.

I parked in front of El Corazon, once called The Off Ramp, where exactly 10,152 days ago Pearl Jam played its very first concert. If it seems odd to pick a parking spot based on nostalgia for Seattle music history, I wasn’t the only one being sentimental on Wednesday night. In his first remarks to the crowd at Safeco, Pearl Jam’s Eddie Vedder — who is either apparently reading my mind, or following me — referenced the exact same place. “About 28 years ago, we played not too far down the street,” he said. “Our first show was only seven or eight songs, which took about half an hour. We’re going to take a lot more than thirty minutes tonight.”

The three-hour Home Show concert that followed was historic for a number of reasons, but some of them had nothing to do with music. It was Pearl Jam’s first Seattle show in nearly five years, and one of the largest local crowds to ever see a Seattle band. Compare that to the few dozen who witnessed that Off Ramp concert, when the band wasn’t even called Pearl Jam, but were using the name Mookie Blaylock.

The Pearl Jam faithful who packed Safeco knew that backstory, but there were reasons Wednesday’s show was important beyond the setlist (the concert was heavy with deep catalog cuts and featured a guest appearance by Brandi Carlile). Pearl Jam will donate more than $1 million from ticket revenue and other sources to fight homelessness. Combined with corporate contributions and gifts from many individual Pearl Jam fans, the two Home Show concerts will raise over $12 million. That also means they will rank as some of the biggest events in the history of Seattle philanthropy.

Pearl Jam has played plenty of other benefits, and their charitable giving outranks all other bands in Seattle. But these Home Shows are motivated by more than just raising money. The band hopes these concerts will serve as a watershed moment to activate people around homelessness.

Vedder is usually quite chatty in concert, and in most shows, he talks politics and social issues. On Wednesday, he seemed more nervous than usual, which happens every time Pearl Jam plays Seattle. The show was consequently a bit of a surprise, as most of the stories Vedder told were about his other band members. But he did dedicate “Even Flow” to “our homeless neighbors,” and he urged the audience to have “understanding and empathy.”

Before the show, I’d talked to a few folks in the Pearl Jam camp about what their aims were. Universally, they stressed that engaging their fanbase — and the rest of the city — was one of the larger goals. “We hope that even when Pearl Jam leaves town on Sunday to play in Montana, people will stay involved with these issues and work for solutions,” one representative told me. The money the event raised will be used for services, but also as seed money to help launch initiatives.

Part of the reason Pearl Jam decided to donate to this particular issue was when it began to plan these Safeco concerts months ago, it was aware how concertgoers would have to walk past the homeless to enter the ballpark. (All band members live in Seattle, or near it.) Homelessness was an issue that Pearl Jam felt it couldn’t ignore.

Quick fixes aren’t easy to come by, and money won’t be the only solution. The Seattle Housing Authority spends almost as much in a single week on affordable housing solutions as the Pearl Jam concerts will raise. You can’t live here, whether you’re in a rock band or not, without being aware that homelessness keeps getting worse. Seattle tops most national polls — just like it once topped music charts — when it comes to the percentage of the population who are homeless.

Pearl Jam gave away some Home Show concert tickets to organizations that serve the homeless, but most attendees were the same fan base that has followed the band over the years since Ten turned them into stars in 1991. Rock bands can’t self-select their audience (though Kurt Cobain tried for a time, suggesting the homophobic bigots stop buying Nirvana’s albums), and through their fan club Pearl Jam has already engaged their diehards on many issues in the past.

Still, Pearl Jam played two Beatles covers on Wednesday, and both earned more applause from the audience than the bitterly ironic cover Vedder did of Little Steven’s “I Am a Patriot.” I’m not sure the same wouldn’t happen at a Rage Against the Machine show, though. Near the end of its encores, Pearl Jam also played Neil Young’s “Rockin’ in the Free World,” which ended the night on a more anthematic and upbeat note, and soon the crowd spilled out.

My own journey back toward my car took me past Sixth and Columbia. Here, underneath the freeway every Sunday afternoon, there’s a homeless feed that was put together by a few do-gooders.

It’s one of the most inspiring things I volunteer for, in part because it isn’t an official city service, but instead is simply a place where you can show up with extra chili you’ve cooked, or extra clothes in winter, and be able to interact directly with those in need. I’m sure it violates all kinds of health codes, but frankly so does living on the street. Handing an old jacket of mine to someone who really needs it has made me feel like I’ve contributed in some small way. My very unscientific survey of why most people are at that particular feed includes all the points social workers usually cite — addiction, mental illness, health problems — and none of these have easy or quick solutions.

Pearl Jam did something far more this week than give away some of its old jackets, but in the end, if its contribution raises “understanding and empathy” that itself would be extraordinary given the difficulty of the homeless debate in city hall and nationwide. I already considered myself activated around some of these topics, but I had never used the word “neighbors” in terms of the homeless. Pearl Jam printed up a lot of fancy t-shirts to sell at its two Home Shows, and as soon as Wednesday ended, fans could buy shirts with the setlist so they could wear them to Friday’s concert. But the one shirt I didn’t see was one they should certainly make: “I’m homeless but I still love Pearl Jam.” If you print them, and I’m talking to you Pearl Jam Ten Club, I’ll personally give them away.

As I drove away from El Corazon, I saw many of my neighbors in tents out on the street. I’d like to think that the three-hour concert I’d just seen might somehow make their lives slightly better. For me, the night’s musical highlight was another line that would also look great on a shirt: Neil Young’s “Throw Your Hatred Down.” I would buy that, for sure. Medium. Brown.

But T-shirt or not, the Pearl Jam Home Show was an extraordinary, historic night, and it made me feel more connected to the world and less isolated. Isn’t that what all art hopes to achieve?

This story has been corrected with the donation amount in ticket revenue that Pearl Jam will donate.