The late senator was a conservative with an independent streak — and he found some support from Seattle in the 2000 presidential primary. 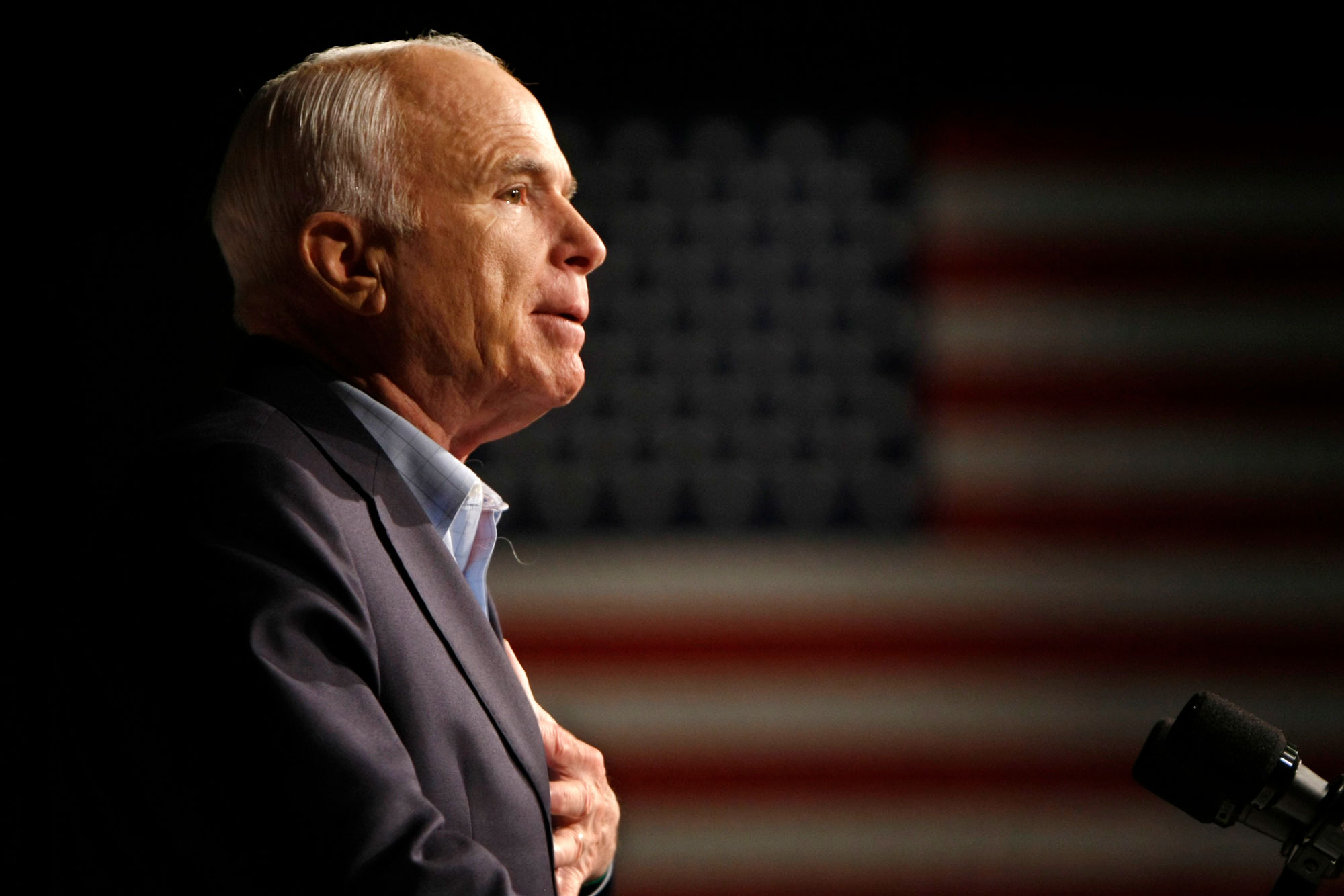 Arizona Sen. McCain, the war hero who became the GOP's standard-bearer in the 2008 election, died earlier this week from brain cancer. He was 81. (AP Photo/Gerald Herbert, File)

During the 2000 presidential campaign, Sen. John McCain made a February campaign swing through Seattle. McCain had been dueling with George W. Bush for the GOP presidential nomination, and McCain was at his “maverick” best, attracting cross-over votes from Democrats and independents.

Part of his appeal was his attack on the Christian right during that campaign. McCain was fresh from Virginia where he had condemned the religious right as “agents of intolerance,” attacking the likes of Jerry Falwell and Pat Robertson. “We are the party of Teddy Roosevelt, not the party of special interests,” he reportedly said. “We are the party of Abraham Lincoln, not Bob Jones.”

That link with Roosevelt was made explicit when he came to Seattle to take a boat ride on Puget Sound with Teddy’s granddaughter, Edith Williams, aged 82, who lived on Vashon Island. She gave McCain her blessing, reported Dave Postman in the Seattle Times. “You have brought my grandfather back to life. You’re a crusader. You’re a reformer,” she enthused. Williams was a Republican conservationist and public health advocate. She died in 2008.

Historically, Washington was fertile ground for such a pitch. Teddy was popular here. People loved his independence, his rough-riding heroism, his protection of wildlands, his frontier-quality vigor. Teddy was welcomed by throngs on visits to Seattle. In 1912, Washington was one of the few states that TR won in his maverick Bull Moose Progressive party campaign for president.

I was editor of Seattle Weekly at the time and decided to walk across the street to the waterfront near Ivar’s where McCain was arriving for his boat ride. I went as a spectator, not a reporter, and found a huge throng. I was suddenly in the middle of it. McCain arrived and worked his way through the crowd of enthusiastic Seattleites. When he came my way shaking hands, he shook mine.

I’ve been in such campaign crowds before and candidates are sometimes very detached or unenthusiastic about pressing the flesh. Bill Clinton thrived on it, Bob Dole did not. McCain had a surprised look on his face, as if he couldn’t believe folks in a city like Seattle would welcome him with so much enthusiasm. When he shook my hand and looked me in the eye, he seemed disbelieving that a bearded hippie would be greeting him. Maybe he could snatch the GOP nomination from Dubya!

McCain won the February primary among unaffiliated party voters, winning twice the votes of Al Gore. But Bush won among Republican voters. Still, it was an impressive showing. I voted for McCain in that primary, clinging to the hope that it could derail George W. Bush, who I considered a much worse alternative.

With McCain’s death, it’s easy for folks to point to areas of disagreements. McCain was a conservative, but with an independent streak. Can you imagine one condemning the religious right today? Can you imagine Seattle turning out for a McCain today? I remember when Tim Burgess was first running for city council, the fact that he had once voted for McCain was widely condemned by progressive commentators.

Whether you eulogize John McCain positively or not, he did have a moment in Seattle and Washington when he represented a kind of party behavior and independent conservatism that is not reflected in the president, polls or political landscape today.