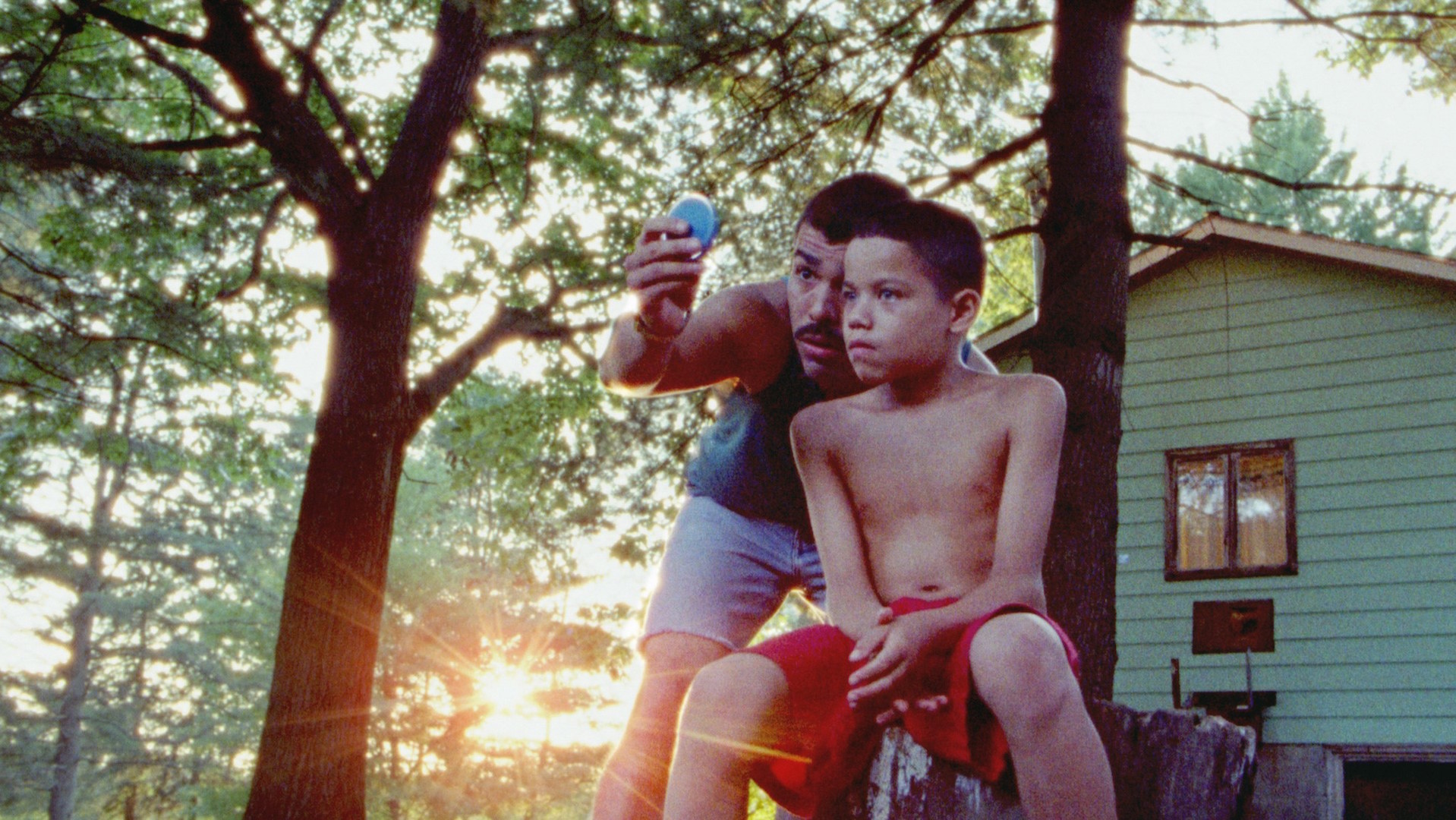 Raúl Castillo (left) and Evan Rosado in Jeremiah Zagar’s “We the Animals.” (Photo by The Orchard)

In his extraordinary feature-film debut, director Jeremiah Zagar finds a spellbinding visual counterpart to the chanting prose of Justin Torres’ acclaimed novel about a trio of brothers who make up a hyper-active tribe of three. Their loving but erratic Puerto Rican dad (Raúl Castillo from HBO’s Looking) and their exasperated, put-upon mom (Sheila Vand) have a vital but explosive physical connection, and sensitive 10-year-old Jonah (Evan Rosado) is beginning to realize how far he’s out of step with their world. Brilliant animated sequences take you deep into the troubled heart of this boy and his family. —M.U.

This Seattle contemporary dance company’s annual showcase of work by choreographers chosen by Whim W’Him’s dancers has become a welcome highlight of the fall dance season. This year’s invitees include Alice Klock of Hubbard Street Dance Chicago (whose “Before After” is a “creation story of sorts” that “begins with the ending of one world and examines the design of the next”), and Brendan Duggan, co-director of Brooklyn-based dance collective LoudHoundMovement, whose party-themed “Stephanie knows some great people” is described by him as “a true co-creation” with Whim W’Him’s dancers. Rounding out the program is Puerto Rican choreographer Omar Román De Jesús’s “Welcome to Barrio Ataxia,” an exploration of bipolar illness set to a musical score that ranges from salsa frenzy to ambient dreaminess. For a full profile of De Jesús, read our story on Crosscut. —M.U.

The 8th annual Seattle Design Festival explores the theme of “Trust” by way of 80-plus events and installations across the city. Free talks include topics such as “Design for Belonging,” “Adding Density While Retaining Character,” and “Transforming a Low Income Neighborhood into a Climate Resilient Neighborhood.” The showcase event is the Block Party in Occidental Park (Sept 8-9), where interactive exhibits — involving mirrors, sound installations, giant spheres and a “talk to a stranger” bench — employ audience participation to hone innovative design ideas. Also cool: “Recharge the Battery,” the group working to do something more creative with the Battery Street tunnel than fill it with concrete (the current plan), is having a Battery Block Party (Sept 15-16 at First/Battery) to showcase clever alternatives. —B.D.

The Russian-American satirist (Absurdistan, Super Sad True Love Story) returns with an up-to-the-minute novel, Lake Success. It opens “at the start of the First Summer of Trump,” with a New York hedge-fund manager under investigation by the SEC who flees his wife, his three-year-old autistic son and all his other troubles by hopping aboard a Greyhound bus. The book, written in a six-month sprint over the last half of 2016, is a road novel actually created on the road. Shteyngart’s acknowledgments include a tip of the hat “to Greyhound for existing and for spiriting me from one coast of our troubled land to the other with a strange, almost melancholy competence.” Washington Post book critic Ron Charles called it “a novel in which comedy and pathos are exquisitely balanced.” —M.U.

Here’s what the enormous curved screen at the Seattle Cinerama was created for: seeing movies the way they were intended to be seen! This year’s 70mm festival (“curated with the true cinephile in mind”) includes some glorious 70mm classics (Lawrence of Arabia, 2001: A Space Odyssey), a Tom Cruise double bill (Days of Thunder, Top Gun), a couple of Spielberg titles (Indiana Jones and the Last Crusade, E.T.: The Extra-Terrestrial), an Alfred Hitchcock masterpiece (Vertigo), the most successful musical of all time (The Sound of Music), plus a handful of cult items (Howard the Duck, Tron, Baraka). A couple of newcomers to the 70mm world are also on the roster: Christopher Nolan’s World War II epic, Dunkirk, and Paul Thomas Anderson’s gorgeous, funny, creepy Phantom Thread (the movie that, in a better world, should have swept the Oscars). —M.U.

No sublime landscapes here. This group show at the Seattle Art Museum, consisting mostly of black-and-white photographs, focuses on “man-altered landscapes” of the suburban-subdivision-under-construction variety. The show is an update of a landmark 1975 exhibition (at the George Eastman Museum in Rochester, NY) that featured 10 photographers working in a “distinctly unheroic” style with the aim of questioning “the ever-expanding sprawl of housing developments and the social and environmental implications of this unchecked growth.” (Perhaps a theme Seattleites can relate to?) Especially captivating are the concrete footprints of houses-to-come in Joe Deal’s photograph “Colton, California” and Lewis Baltz’s obsessive shots of bulldozed ridges of mud and interior electrical wiring waiting to be covered up with sheetrock.

While at SAM, be sure to check out American Modernism, a selection from SAM’s permanent collection that includes two splendid paintings bequeathed to SAM by local collector Barney A. Ebsworth who died in April. They are Georgia O’Keeffe’s “Music — Pink and Blue No. 1,” a sinuous study of a shell-shaped void, and Marsden Hartley’s “Painting Number 49, Berlin,” a jaunty portrait-in-disguise of a German military office whom Hartley met in 1913. O’Keeffe described Hartley’s piece as “a brass band in a small closet.” That seems just right. —M.U.