As we grow, we’re building out teams to cover arts, politics and the environment — all thanks to readers like you. 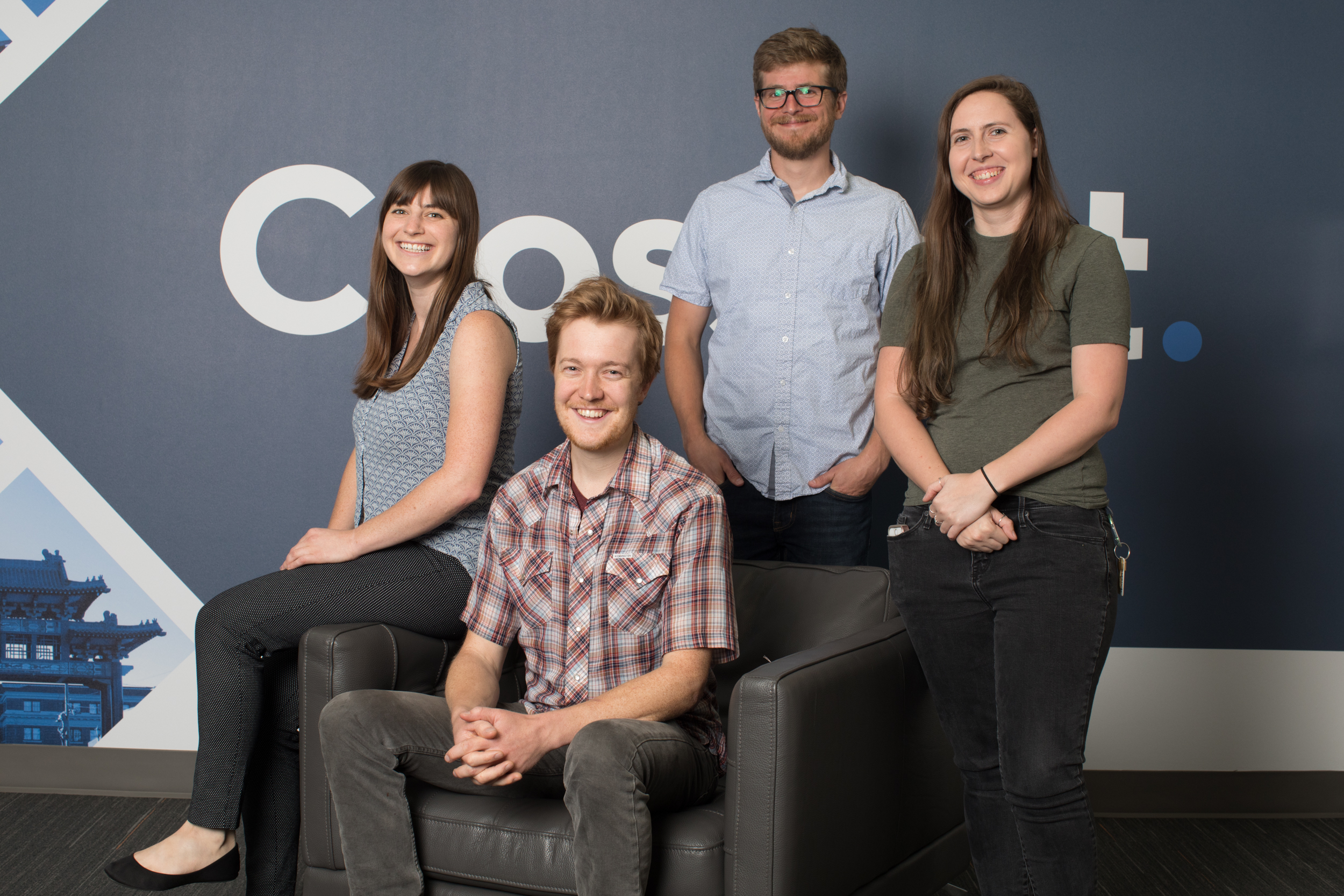 Our family is growing, and we wanted to introduce you to a few of our newer additions.

These four individuals are part of a larger transformation underway at Crosscut and its sister organization, KCTS 9 public television. We’re building out multimedia teams to cover the things that make this region special: the environment, the arts and our trademark brand of politics. It’s a unique endeavor in community-supported media, and represents a deep commitment on behalf of our parent organization, Cascade Public Media, to sustaining independent, public-interest journalism.

Producer Eric Keto joined us last fall from Alaska Public Media in Anchorage, where he produced videos for the popular PBS Digital Studios production ‘Indie Alaska’ and the regional journalism partnership Alaska’s Energy Desk. He profiled arctic researchers, produced an animated history of the Trans-Alaska Pipeline and captured some of the region’s quirkiest personalities, including a shrimp whisperer.

Before his stint on the “last frontier,” Eric was the sole multimedia producer for EO Media Group, a network of community newspapers spread across the Pacific Northwest. He traveled widely, sometimes logging footage from the back of his minivan. Eric now produces ‘Mossback’s Northwest,’ starring Crosscut Columnist Knute Berger, and recently launched a series of explainer videos, tackling questions like “Why do all the new apartments buildings in Seattle look alike?”

This spring, we welcomed Lindsay McLean to the team as a video editor and motion graphics specialist. She had been working as a freelance shooter/editor for about a year. Prior to that, Lindsay worked at Strongmind, a digital learning company in Arizona, did a stint at a virtual reality company, and shot and produced video for her alma mater, Arizona State University.

While here, Lindsay has edited a variety of video, and most recently has created motion graphics for ReInventors, including the space-launching Tesla in this video about self-driving bikes. “I'm a Jane of all trades with media,” she says, “and I relish the opportunity to do a little bit of everything.”

Science and Environment producer Sarah Hoffman came to us in June from the Omaha World-Herald in Nebraska. At the World-Herald, Sarah profiled the first transgender airman to transition at Offutt Air Force Base; she produced and shot a beautiful story about a couple who own and operate a sanctuary for one of the rarest breeds of goat in the world; and she documented the path of world champion welterweight boxer, Terence “Bud” Crawford, as he prepared for a showtime fight at Madison Square Garden. On her last day on the job, Sarah was named the Great Plains Journalism Awards Photographer of the Year.

Sarah, who sits on our Science & Environment team, produces ‘ReInventors,’ about scientists, researchers and entrepreneurs who are working to create a greener future. Her most recent video spotlighted an academy for young women who are training to become firefighters.

And finally, Josh Cohen joined us officially last month as our Changing Region reporter. Josh has been working as a freelance reporter for the past four and half years. He was a contributing writer for Next City, where he wrote about transportation, land use, housing, energy, community activism and other urban issues. He has written for The Guardian, The Nation, Pacific Standard, CityLab, Yes! magazine and others.

Since joining us in June, Josh has covered the rising cost of living in Seattle, the impact of the local exodus to Tacoma, and Olympia’s efforts to create more housing for the middle class, to name just a few topics. His work is funded by a grant from the Bill & Melinda Gates Foundation.

Growth like this can only happen with your support. As a nonprofit, public media organization, we’re fueled by viewers and readers like you, who understand the value of local, public-interest journalism, and who open their pocketbooks to support it. Thank you!