The mayor prioritized fiscal sustainability amid concerns that the boom won't last. 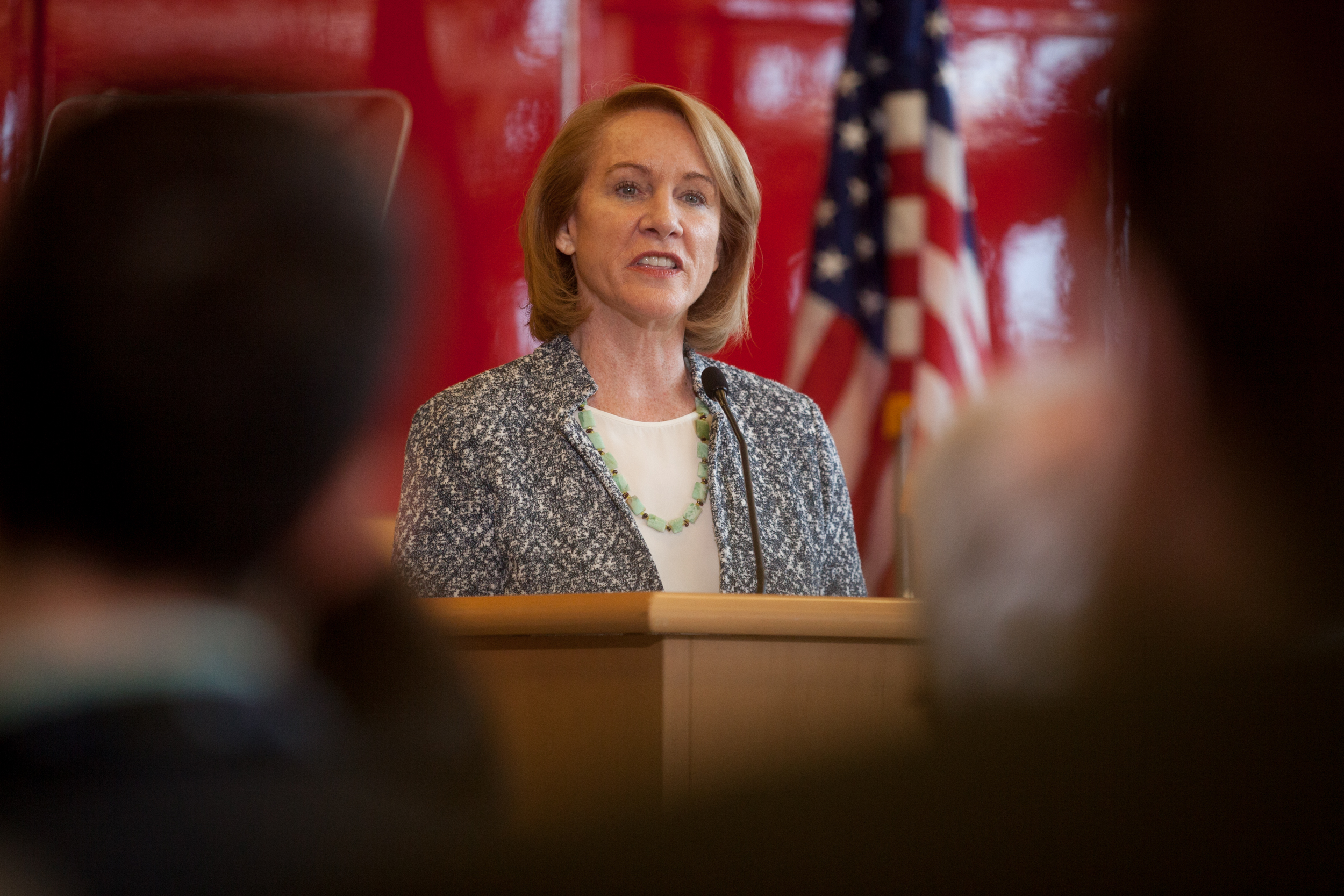 In her first budget since being sworn in last November, Seattle Mayor Jenny Durkan set aside grandiose visions of a boom-time city poised to grow into infinity in favor of a less flashy mission: fiscal sustainability.

The mayor's proposed budget does ultimately call for an increase, from the $5.6 billion being spent this year to $5.9 billion. That was something of a surprise, considering Durkan's statements in March that she would ask for 2- to 5-percent cuts from each of the city's department.

But while she did push her departments to scrub their budgets, it was for the purpose of shoring up the city’s books — demanding 150 job cuts in order to transition programs built around onetime funding sources to more reliable revenue streams that could be re-upped year over year. Most notably, the 500 additional homeless shelter beds Durkan funded earlier this year through the sale of city property will remain into the future. And a program to support residents and businesses in high-displacement areas of the city will be made permanent.

“Even as we face new budget realities, my budget recognizes we need to deliver on essential community and neighborhood services,” she said in prepared remarks Monday. “To meet the demands of a growing city.  To do things that people expect and deserve from their government.”

In other places, the mayor is proposing investments that “reprioritize” the dollars the city already has. Transportation funding will increase by nearly $130 million from last year to $609 million — an increase borne not, for the most part, out of new dollars, but from unspent tax dollars collected through the Move Seattle transportation levy that voters passed in 2015.

With that money, the city would increase bus service by 30 percent — adding a total of 100,000 service hours, an increase King County Metro will need to work to accommodate. It would also spend nearly $30 million on pedestrian and bike routes and over $100 million on maintenance and replacement of roads, as well as bike and bus lanes. As the city looks toward the destruction of the viaduct and the mess that could be created when construction forces busses out of the tunnel and onto surface streets, some funding would go toward shuttling people from transit deserts to light rail and bus routes.

$15 million of the transportation budget would, in fact, be new dollars — earmarked for new employees to oversee the city’s $930 million Move Seattle levy, which has so far under-delivered on its promises.

Durkan’s budget would also fund an additional 40 police officers and 120 firefighters, added over the course of 2019 and 2020. It would cover the increases in officers’ salary recently negotiated by the union. And as the city winds down federal oversight of its police department, the budget would continue support for reform.

The budget would push overall homelessness spending to $89.5 million — up only slightly from the year before, turning $10 million in onetime spending into permanent revenue streams. That increase is significantly less than what would have been raised with the tax on large businesses the City Council passed last spring, then quickly repealed a month later. But the shift to more sustainable revenue does answer the question of what the city would do when it ran out of the onetime funding it has been largely relying upon.

The homelessness dollars include funding for about 2,300 shelter beds, increased case management in tiny home villages and a very minor increase in service provider salaries — 2 percent, which is below inflation.

Councilmember Sally Bagshaw said it's not enough, considering Seattle housing and homelessness crises. "Even with the millions dollars we’ve invested so far, I don’t think it’s enough," she said after Durkan's speech. But, Bagshaw said she didn't expect a significant increase from the council this year. "We still have to go back to the voters or we need to get something significant from the state. And I haven’t seen it yet. The frustration for me is, in years 9 of being on the council, we’re working on the edges of the budget."

Still in the budget from past years, untouched and unchanged: $1.3 million for long delayed drug consumption sites that the county and city have still not launched years after endorsing them. 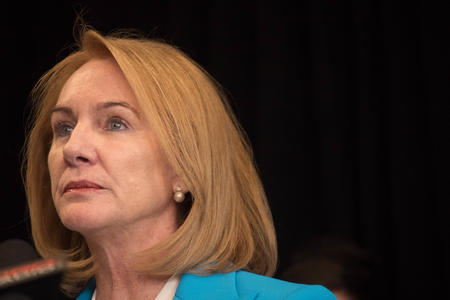 Durkan has also focused over the last year on improving the working environment for city employees. Her proposed funding backs up new a new ombud’s office, to which employees can bring complaints when they feel uncomfortable going to human resources.

The need to comb through department budgets comes from a concern, ever present in Seattle, that the good times will not last. The city’s budget office continues to project growth, but at a slower pace than in years past — including a 10.7 percent decrease in construction revenues. Because the budget is so wrapped up in the local economy — built around sales, property and business taxes — any downturn would have a significant impact on the city’s bottom line.

“As we project City revenue out into the future, there are clouds on the horizon,” said Durkan in prepared remarks. “We are entering a new era of budget realities – and my plan recognizes that we must reprioritize our budget so we can continue to invest in the things that matter most.”

Under the mayor’s budget, the city would cut 150 positions, all of which have been vacant for at least a year. It also tells departments to cut travel spending through a decrease in gas usage and an overall decrease in the city’s vehicle fleet. And consultant contracts will be throttled back — a $10.6 million reduction, mostly in Seattle City Light. The mayor estimates her office found about $50 million in savings.

Seattle City Light would see the biggest reduction next year, losing about $35 million from its 2018 budget in 2019. Seattle Parks and Recreation will lose $20 million by cutting 14 vacant positions, reducing contracting by 20 percent and fuel usage by 15 percent, and by closing the Belltown Community Center, among other "efficiencies."

Still unanswered in her budget: What of the stalled downtown streetcar? “We are moving forward as if it’s a go,” Durkan said Monday, but said they continue to assess whether to kill the over budget project or allow it to go forward. The city is still pursuing a $75 million federal grant to help build it. Durkan all but pledged that if that money falls through, so would the streetcar, saying it’s “not possible to move forward without that funding.”

However, the budget does add an additional $14 million to make sure the two existing streetcars do not continue to run deficits.

In addition to her reprioritized spending, Durkan is proposing adding another $60 million to the city’s rainy day fund, bringing it up to $120 million.

Now the Seattle City Council will weigh in, spending the fall adding and subtracting. Most of the budget will remain untouched — about half is earmarked for utilities and much of the general fund goes toward public safety.

In a text message, Councilmember Lisa Herbold said she was "very glad" the mayor extended the council's onetime funding allocations for homelessness and hygiene.

The final budget will be approved in November.