Late to dance, a choreographer finds his voice 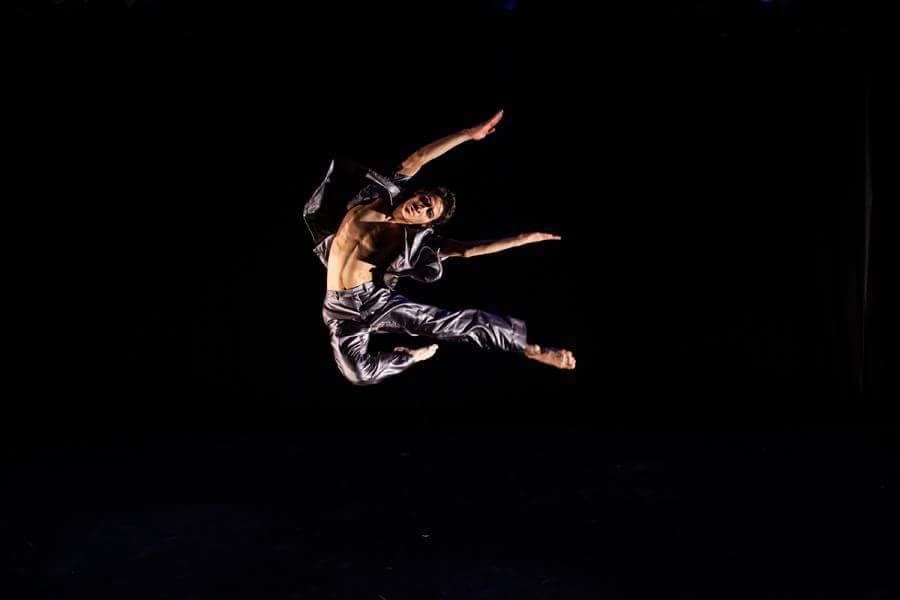 Dancer Sam Picart, one of the choreographers in the 2018 Men in Dance Festival. (Photo by Joe Lambert)

He’s gifted enough to have won a Dance Off contest on “Ellen: The Ellen DeGeneres Show” in 2016, and it’s always a pleasure to see him in action on local stages. Audiences will have an opportunity to do just that in a new piece he has choreographed for “Men in Dance,” the two-weekend festival that opens today (Sept. 28).

Picart was raised in Kansas City, Missouri, and had no formal dance training until he moved to Seattle at age 18 in 2008.

“In the Midwest, boys don’t do ballet,” he said after a recent rehearsal. “So I never had that. And then when I was exposed to it, I just really really enjoyed it.”

Picart’s aunt, Jennifer Picart-Branner, taught at a dance studio in Gig Harbor and was instrumental in steering him toward dance. She had been a professional dancer at Ballet Frankfurt but her stage career was cut short by an injury. Picart suspects she had an ulterior motive for luring him down to Gig Harbor (“They needed boys for ‘Nutcracker,’ right?”) After a year, she encouraged Picart to apply to Cornish College of the Arts.

Picart did indeed get into Cornish. “I was a man and I could improvise. Those were my two saving graces. Based off the skill-set I had, I wouldn’t have been able to get into that school.”

“It is not only that Sam was a man. He had profound talent … maybe not the most studied, but for sure the most willing to try or experience something,” recalled Cornish dance professor Wade Madsen in an email this week.

At an improvisational audition session, Madsen added, Picart “out-danced everyone in the room.”

While Picart had no formal training in Kansas City, he did have YouTube.

“I could see dancers from all around the world doing things that I didn’t think were humanly possible. And once that happened, I thought: ‘Why not? I should try this to see if I can do it.’ And I started finding little hidden talents and abilities, started perfecting those things in my room. I was in my own little laboratory in my head,” he said.

“He was instrumental in training me in the ballet technique,” Picard said. “Once I realized that it was going to be instrumental and imperative that I had it for my career – he saw that – that’s when we started to connect.”

At Ashani Dances, Picart performed with Harrison duet “The Leaves Have Fallen,” that critic Alice Kaderlan praised in the Seattle Times in 2014.

“Set to a Philip Glass score,” she wrote, “it explores the ebbs and flows of their relationship as the dancers – the powerful Harrison and a rubbery Sam Picart – move toward and away from each other in a series of swooping moves. Harrison is a master of mystery here, keeping us guessing until the very last moment whether they will stay together or separate.”

Still, it wasn’t all easy going for Picart. A brief move to New York left him broke and jobless. Back in Seattle, Picart gradually established himself as a teacher at The Dance School in Everett, his aunt’s studio in Bremerton and Exit Space School of Dance in Green Lake.

“That’s my longest teaching job,” he says of Exit Space. “I’ve taught there for four years now. These are great studios, really great kids … I just like to teach kids.” He’s also an adjunct faculty member at Cornish, as well as a choreographer for Cornish Dance Theater.

It was at his aunt’s house where he put together the video that he submitted to Ellen DeGeneres’ Dance Off contest at the urging of his roommates at the time.

“It was like buying a lottery ticket,” he recalls. “It was for fun.”

You can see his utter surprise at winning when DeGeneres hands him a trophy almost as tall as he is and presents him with a $10,000 check.

His limelight moment opened possibilities for him beyond his local teaching commitments and occasional choreography and dance gigs. He’s a dance instructor four days a week, but on his weekends, he teaches at the Showstopper Dance Convention as it travels the U.S. (“After ‘Ellen’ they found me on Instagram”), where most of his fellow instructors are “So You Think You Can Dance” winners or “World of Dance” all-stars. He also continues to perform with Ashani Dances.

He’s clearly enthused about creating something for “Men in Dance,” but wonders if the 1994 founding mission of Against the Grain/Men in Dance — addressing a “lack of opportunities for men in concert dance” — is as urgent as it once was.

“I believe now, where we’re at, men have a lot of visibility – not just in Seattle but everywhere,” he said. “Now if we look at our female counterparts, especially choreographically, I’m not sure that’s true. … But having said that, I think that all festivals have merit and the fact that we’re bringing in other artists from not just in Seattle … that’s where it’s a great thing. Because not every festival does that. They don’t bring international or other national companies and dancers. So that makes me go: ‘Okay, it may be called “Men in Dance,” but at the end of the day we’re bringing other artists that don’t live here into the space, and we’re allowing female choreographers to get their work out. So, you know what? It works out for me — emotionally and with my principles.’”

Picart’s “2 Skim with Azrael” for the festival is a short duet that wrestles with how we act conscionably in a world that threatens to overwhelm us.

“This piece is about sort of being numb to information that I feel should really shock us,” he said. “I know that humans weren’t meant to have television and news at this capacity. We’re not meant for that. That’s too much information. … So this piece is about sanity, being numb, feeling anxious and just moving on, and trying to figure out if we have a moral response to that. Are we always going to feel guilty every time we walk past a homeless person? Are we going to feel guilty with every article we read? On how many of those do we actually take action? How many do we ignore?”

Picart was also eager “to make a piece that isn’t full of steps. I think that we live in a time right now where we have a lot of vocabulary, a lot of virtuosity, and just a lot of things to say. And I wanted to have a piece that had moments of stillness without it just being all stillness. Or moments of just calm.”

The “Skim” in Picart’s title refers to the ways that, when you’re on Facebook or Instagram “you get the gist of some of the things, but you don’t take your time.” “Azrael” refers, Picart says, to the angel of death in Abrahamic religions.

“2 Skim with Azrael,” with its antsy sense of attention-deficit malaise, should fit nicely into the always eclectic lineup of choreographic voices that “Men in Dance” offers dance fans.