Mariners get $135M in taxes, while tourism strikes out

After a close King County Council vote, the Mariners are poised to get most of what they sought for Safeco Field maintenance. 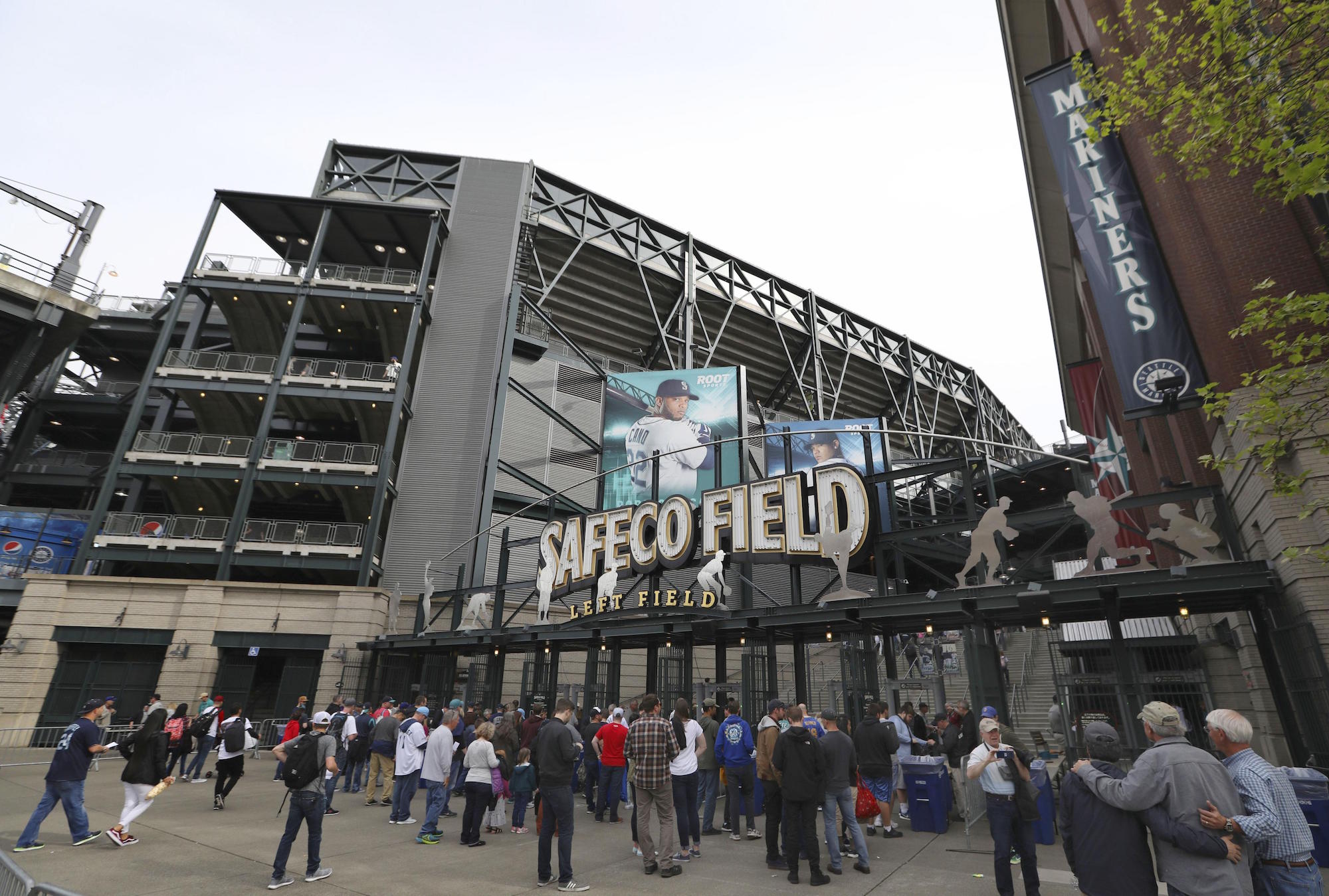 A crowd enters Safeco Field, the home stadium of the Seattle Mariners baseball club, on May 5, 2018. (Photo by Kyodo/via AP Images)

With an occasionally contentious 5-to-4 vote, the King County Council advanced $135 million for maintenance of Safeco Field. The vote comes after months of bitter debate about the public’s continuing responsibility in the baseball stadium’s upkeep and whether those funds could be better spent on housing.

The measure will go to full council on Sept. 17 for final approval, but the council's action today occurred in a committee of the whole meeting with all members present.

The proposal comes as the Mariners weigh signing a new, 25-year lease to stay in Safeco Field. The team's original lease is set to expire at the end of this year. The team has said it will only sign a 5-year lease if it does not get enough from the County.

The final amount was a reduction from the original $180 million, which was forwarded to the council by King County Executive Dow Constantine as part of plans for future spending of hotel/motel taxes. At the same time, the council will now spend $661 million on affordable housing over the next 20 years — up from the originally proposed $496 million.

The loser in the equation is tourism in King County. Organizations in both Seattle and south King County  — including Visit Seattle, the Seattle Southside Regional Tourism Authority and the Kent Special Event Public Facilities District — were slated to get $109 million, but saw that funding evaporate to just $8 million.

The construction of Safeco Field was financed mainly by King County taxpayers, who picked up $372 million of the $517 million it cost to build the stadium, which opened in 1999. It’s owned by a public facilities district, set up as a form of public governance. The Mariners lease the space from that district.

That the public paid for most of the stadium in the first place sets up a debate around what taxpayers’ continuing role in supporting the facility should be. The Mariners and nearby business groups have cast responsibility for the continued improvement and maintenance of the stadium as a “partnership” between county government and the Mariners.

The Mariners estimate they need around $385 million for “necessary” upgrades and improvements, as well as an additional $410 million or so for operations, maintenance and “fan-focused” additions. “The lodging tax had always been part of the available revenue stream to fund improvements over the next 25 years,” said Fred Rivera, legal counsel for the Mariners, in a hearing last week. “One thing that I don’t want to get lost is that the $180 million in upgrades is necessary.”

Some representatives from labor unions supported the contribution. “The idea that the Mariners are successful is some reason that we should not take care of a building that we own here in Seattle, I don’t think is good policy,” said Monty Anderson, executive secretary of the Seattle Building and Construction Trades Council.

However, since the stadium’s construction, several things have happened. Broadly, the public has grown more skeptical of providing government funding for sports facilities — which studies have concluded are a poor investment for taxpayers.

More specifically. the Puget Sound region has descended into a housing and homelessness crisis.

Gerald Hankerson, head of the King County NAACP, said, “I actually find it offensive sitting here in Martin Luther King County and we’re having a conversation about a bunch of millionaires running a baseball stadium who are asking for a million more and we’ve got all these people living on the streets.”

At issue was how King County should allocate its 2 percent tax on hotels and motels. While at least 75 percent, or nearly $1 billion, of that tax must go toward affordable housing and arts, the remaining $318 million is more flexible.

Under intense pressure, Councilmember Jeanne Kohl-Welles, once a sponsor on Constantine’s proposal, pulled her support. She instead proposed offering just $25 million to the stadium and directing the rest to build affordable housing.

“This money is not needed by the Mariners,” she said later. “Period.”

But her proposal failed Wednesday, drawing only four votes.

Councilmember Claudia Balducci said because the stadium is owned by the public, there are certain responsibilities. “Whether we want it to be that way or not, it is,” she said. “I support putting a reasonable amount of funding into maintenance.”

The successful $135 million amendment was branded as the “McDermott-Balducci compromise.” “We’re not gonna solve the problem but we’re gonna make a pretty major down payment,” said Balducci of the money for affordable housing.

But it was also pilloried for its stripping of more general tourism-promotion funds in favor of Safeco Field. “I cannot fathom why we would allocate $8 million for tourism promotion, which I believe is a need,” said Kohl-Welles.

But despite the increased affordable housing spending, the opponents were steadfast in their opposition to that amount of money for the field. Said Upthegrove: “Those who already have enormous wealth are able to access the levers of government in a way that uses government to generate even more wealth for themselves.”

Kohl-Welles sent out a press release objecting to the size of the spending for the stadium and the Mariners and suggesting the council could still make changes. "I am hopeful," she said in the statement, "that we will come to a resolution before final passage that restores funding to tourism promotion and significantly reduces the amount of money to Safeco Field for bells and whistles that can only be appreciated by those who can afford a ticket."

In a statement of his own, von Reichbauer praised the Mariners as good partners with the county. He said, "At a time when the news on the front page divides us, and the sports pages unite us, I am pleased that the Committee of the Whole adopted my ordinance."