The portraits missing from the halls of medical schools 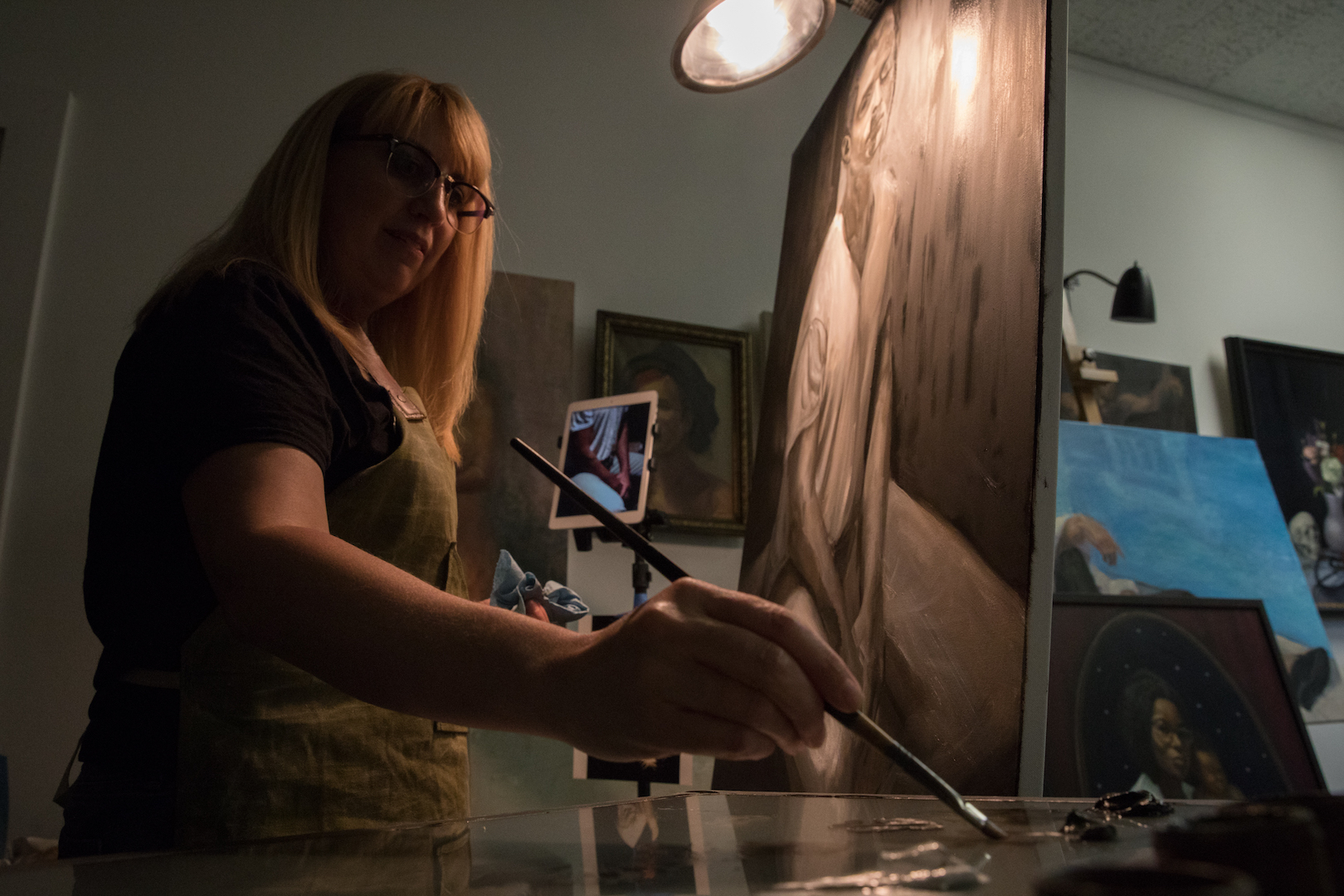 As far as academic medical center hallways go, the corridor running through the University of Washington’s Department of Surgery is fairly standard: unflattering fluorescent lighting, beige linoleum floors and walls adorned with formal portraits of program founders. Interspersed with these paintings are photos showcasing graduates of the surgical residency from 1952-1992 (at which point a lack of space led to photos displayed in booklet format). Among those honored, the most striking diversity comes in the form of hairstyles.

“They all look the same,” says nurse Andrea Gahl, of the portraits — which almost exclusively feature white men. “There isn’t a woman in sight until 1979.” As a trauma nurse coordinator, Gahl has worked with surgical residents at UW and Harborview for the last 20 years. In her position, she’s become adept at diagnosing problems and seeking the best course of healing.

In this case, the problem isn’t an illness but an incongruity — a hallway that stands in stark contrast to Gahl’s actual experience in the surgery department, where she works with residents of all genders, races and ethnicities. “Think about how that must feel, not seeing yourself represented,” says Gahl (who is white). “I think it affects what you think is possible.”

Having studied painting in her spare time for many years (including at Pratt, Seattle Central College, The Miller School of Art and Georgetown Atelier), she recently started painting pictures of surgical-resident friends as a way to provide a contemporary answer to the question, “What does a surgeon look like?”

While the hallway had long bothered her, Gahl was prompted to paint the first portrait in what would become the series when a close friend, who has an African American daughter, took the girl to see the Kehinde Wiley show at Seattle Art Museum in 2016. “She was so excited to see those paintings,” Gahl recalls. (Wiley is renowned for his images of urban Black youth striking heroic poses against elaborate floral backgrounds.) “It made me think about how rarely she must see herself represented in portraits.”

Gahl decided to paint a mutual friend the girl was fond of, surgical resident Lara Oyetunji, who is Black.

Around the same time, Oyetunji relayed a story to Gahl about an attending doctor who walked up and started a conversation that made clear he was mistaking her for Estell Williams, the other Black woman in the residency program at the time. Hence the title Gahl gave Oyetunji’s portrait, “Not Estell.”

Then Gahl thought, “Well, I want to paint Estell, too.” Which led to more portraits, and the series she now calls ACS: Future, a nod to the American College of Surgeons.

“Patients still think a doctor is a Marcus Welby type,” Gahl laments. She has heard countless stories of nonwhite surgical residents being mistaken for housekeeping staff. Racist and sexist jokes persist. One resident she painted, Dr. Ash Soni, who shared his portrait on Instagram, wrote, “I have had many things said to me, such as, ‘Oh great, of course I got the doctor who just got off a boat,’ and some much worse than that.” Gahl is working toward a cure for such outdated attitudes.

Paintings from the series line a corner of her studio at Inscape Arts in SoDo, which she shares with two other artists. Wearing a Basquiat shirt, ripped jeans and clogs, Gahl touches her paintbrush to the canvas as she makes progress on a new portrait. “These are the people I work with every day — this is the future of surgery,” she says. An array of faces with many different skin tones looks back at her from the canvases.

One shows a dark-skinned, tattooed man with an open, friendly smile. In another, a woman with Asian features wears a white doctor’s coat and radiates kind inquisitiveness. In Estell Williams’s portrait, the woman holds her child in a classic Madonna pose while sporting glasses and a knowing grin. Gahl says she hopes to convey her subjects’ personalities as much as their likenesses — the inner light that shines through their exterior characteristics.

“I hope my portraits not only illustrate the diversity of the surgeons I work with,” Gahl says, “But also the myriad ways that that diversity enriches us.”

Gahl is especially skilled at faces, which perhaps isn’t surprising, given her profession. “Just like artists are observers and recorders of culture, nurses are also close observers and recorders, but of patients,” she says. “Their vital signs, physical assessment, family relations, as well as the non-concrete observations. A good nurse can see beyond the numbers and know how a patient is really doing, good or bad. Spidey sense, sixth sense, hunches, experience, whatever you want to call it. I think seeing a little deeper what’s in front of you can help when you’re doing portraiture, not just eyes or mouths or noses, but a sense of who that person is.”

When her husband asked her what her “ideal goal” was for the paintings, Gahl didn’t hesitate: “Change that hallway.”

Thanks to the support of Dr. Douglas Wood, Chair of the Department of Surgery, that dream will become reality later this year. “He heard about the portraits when I posted them on social media,” Gahl says. “He came down to the studio and saw them, and I talked with him about the hallway.”

As she tells the story, she is clearly still amazed that the head of surgery set foot in her art studio. And even more astonishing, Gahl says, “He decided to buy some of my paintings for the Department.”

Wood purchased 11 paintings and two giclée prints, which will be hung in the hallway by the first of the new year, according to Wood’s executive assistant Christine Cannan. That means in addition to artwork by such Seattle luminaries as Alfredo Arreguin, Roger Shimomura, Akio Takamori and James Washington, Jr., UW Medical Center will soon showcase pieces by trauma nurse Andrea Gahl.

While she’s thrilled with this development, Gahl is quick to note that having a diverse set of portraits is only a first step toward dissolving inequities. “You can have all the representation in the world,” she says, “but you have to back it up with real inclusion — that means equitable pay and opportunities for advancement.” Dr. Wood understands this as well, Gahl says. “He is committed to making real changes around improving equity.”

For now, Gahl is looking forward to the hallway makeover, and hopes other medical institutions will follow suit with updates to their own “honor walls.”

“The revamped space will still reflect the venerated past, because that history is important,” she says. “But now it will look toward the future, too.”