Seattle City Attorney’s promise to prosecute put to the test 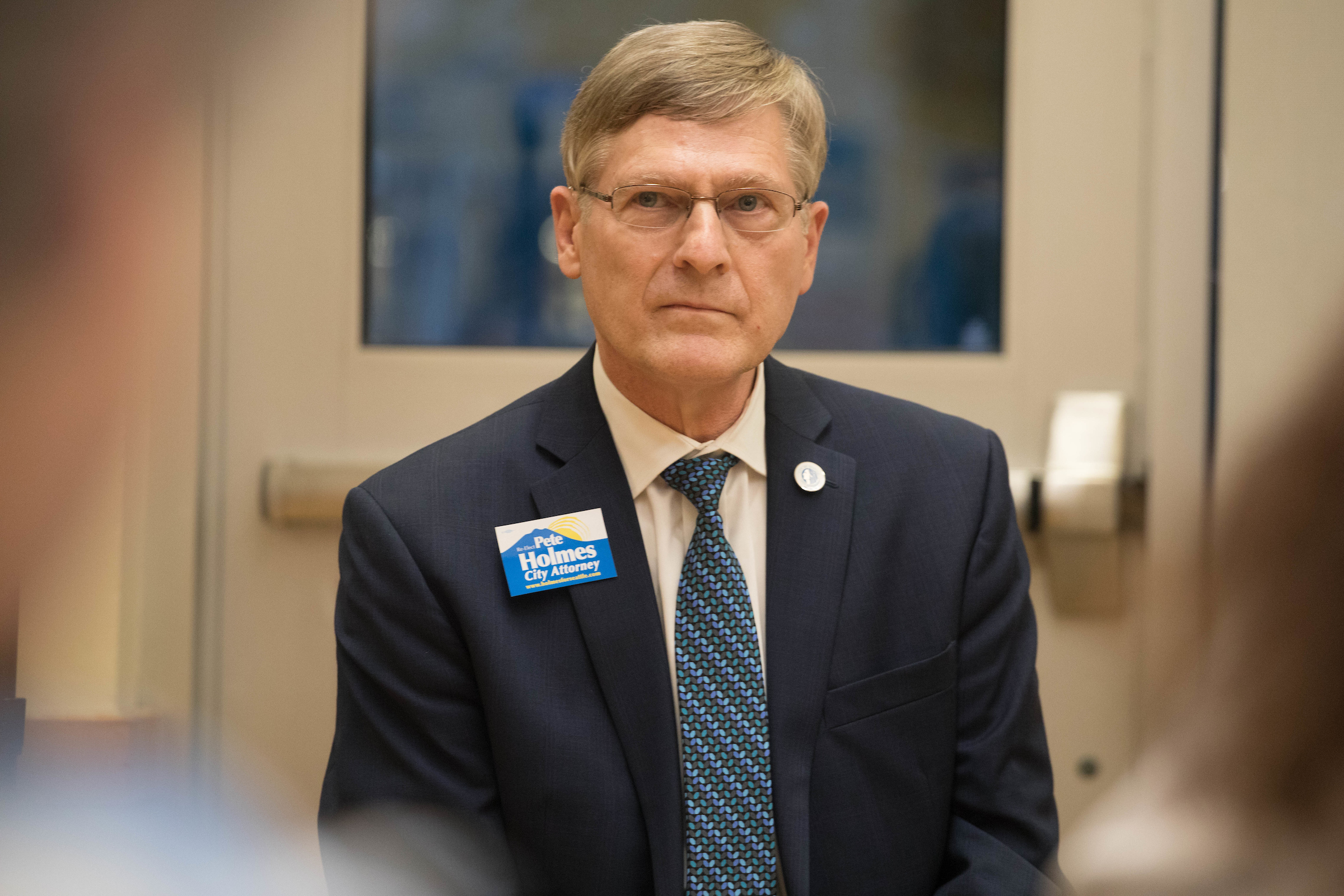 Across the country, as Labor Day revelers drifted from one barbecue to another, hotel workers took to the streets to protest their working conditions and demand better pay.

Here in Seattle, activists chanted and picketed in front of the Westin Seattle, located downtown, at one point snarling traffic on 5th Avenue, between Stewart and Virginia streets. The tactic of blocking traffic has become commonplace in Seattle activism, but unlike protesters in previous actions, the hotel workers who took action Monday night did so after it was made clear that they would likely be prosecuted for their actions.

While it had been planned for weeks, the protest came just days after City Attorney Pete Holmes announced in an Op-Ed in the Seattle Times that he would be pressing charges against activists who obstruct traffic. The announcement followed the filing of criminal charges against several immigrant-rights activists arrested during an action in early June. But the Labor Day protest marked the first flurry of arrests since the publication of Holmes' statement.

“When protesters use these methods, they are doing more than advocating for their cause,” Holmes wrote. “They are creating a disruption that redirects vital resources that could be needed elsewhere. While tied up, those firefighters weren’t helping people in crisis and those police officers weren’t walking their beats, preventing crime or responding to other calls.”

Police say they warned protesters who had taken position in the street in front of the Marriott to move to the sidewalk shortly before 6 p.m. Activists continued to block traffic, although they did not employ the so-called "sleeping dragon" tactic that Holmes referenced in his announcement — locking arms inside plastic pipes and lying on the road. In the end, police arrested 21 people, charged them with pedestrian interference, and booked them into King County jail. Activists have the option to plead guilty or non-guilty and the right to a jury trial. If convicted, a protester faces up to 90 days in jail and a $1,000 fine for such a charge.

According to Unite Here Local 8, which organized the protest and represents workers in the hotel, food service and airport industries in Washington and Oregon, hotel workers in Seattle and six other cities have been working without a contract since May 31. Nationally, more than 100 hotel workers pushing for a living wage and steady hours were arrested on Labor Day, including in San Francisco, Boston, Honolulu, Detroit, San Jose, and San Diego.

When asked about Holmes’ approach, union representative Eunice How said that while she couldn’t comment on the arrests, “we trust the city to do their job.”

According to last week's announcement, that job now includes prosecution for disruptive activists, whether they are railing against Trump’s immigration policies, or organized by an environmental group or proponents of gun rights. In his Op-Ed, the city attorney claimed that his approach has nothing to do with the target of the protests.

“Make no mistake: I am fully committed to immigrants’ rights and environmental protection, and I believe the advocates’ causes to be just. But what I personally believe doesn’t matter. Ask yourself whether you’d really want me, a representative of the government, deciding which causes or underlying messages make a person’s actions immune from prosecution,” Holmes wrote.

“Pete Holmes does not care about your First Amendment Right,” Oliver wrote. He “sounds a lot like 45. #FauxProgressiveSeattle”

“Please UNDERSTAND protests (yes even during the Civil Rights era and even those lead by Dr. MLK) disrupted everything — police, firefighters, businesses, government, work, transportation,” she continued. “Just because they were ‘peaceful’ does not mean they did not have significant and disruptive impact on all functions of society.”

When asked whether protesters are likely to change tactics, Angelica Chazaro of the immigrant-rights group Mijente said, “I think the only thing we’ll be seeing is all of us working together more.”

Kelsen Caldwell, a bus driver recently arrested and charged at an ICE protest, said “it’s ridiculous to blame protesters for the traffic in this city and that is basically what Pete Holmes is doing.” A jury found Caldwell not guilty of pedestrian interference. Caldwell called the trial a waste of government resources.

Neal Fox of the Seattle chapter of the National Lawyers Guild said he’s never known a protester to actually be found guilty of pedestrian interference. Fox said that's because the city's pedestrian interference ordinance makes an exception for "acts authorized as an exercise of one's constitutional right to picket or to legally protest."

“He is wasting activists’ time who now have to go to court to deal with this,” Fox argued.

Holmes’ office maintains they only object to unpermitted blocking of traffic, not picketing on a sidewalk or legally permitted uses of a street. In his Op-Ed Holmes noted that he’s not about to tell anyone how to protest but that those who “unlawfully interfere with other people’s lives and compel the redirection of life-safety resources ... should be prepared to courageously accept the consequences.”

“Even the ACLU’s ‘know your rights’ protest guide informs their readers that ‘If you intentionally block traffic as an act of civil disobedience, you could face criminal charges,’” said Holmes’ spokesperson Dan Nolte.

Holmes said that the protester prosecutions will not distract him from other work, stating that he is in the midst of “researching the fossil fuel industry’s climate impact on Seattle to inform potential forthcoming litigation.”

Holmes added: “If anyone thinks I haven’t been using my platform to speak out against the Trump Administration’s draconian immigration actions and to defend immigrant rights, you may not have been paying attention."

Correction: A previous version of this story characterized Holmes' stated approach to disruptive protesters as a "new directive." The city attorney's office has previously filed charges following these kinds of protests. The announcement was a statement of ongoing practices.