A whole host of Latinx productions, helmed by Latinx actors, takes the stage. 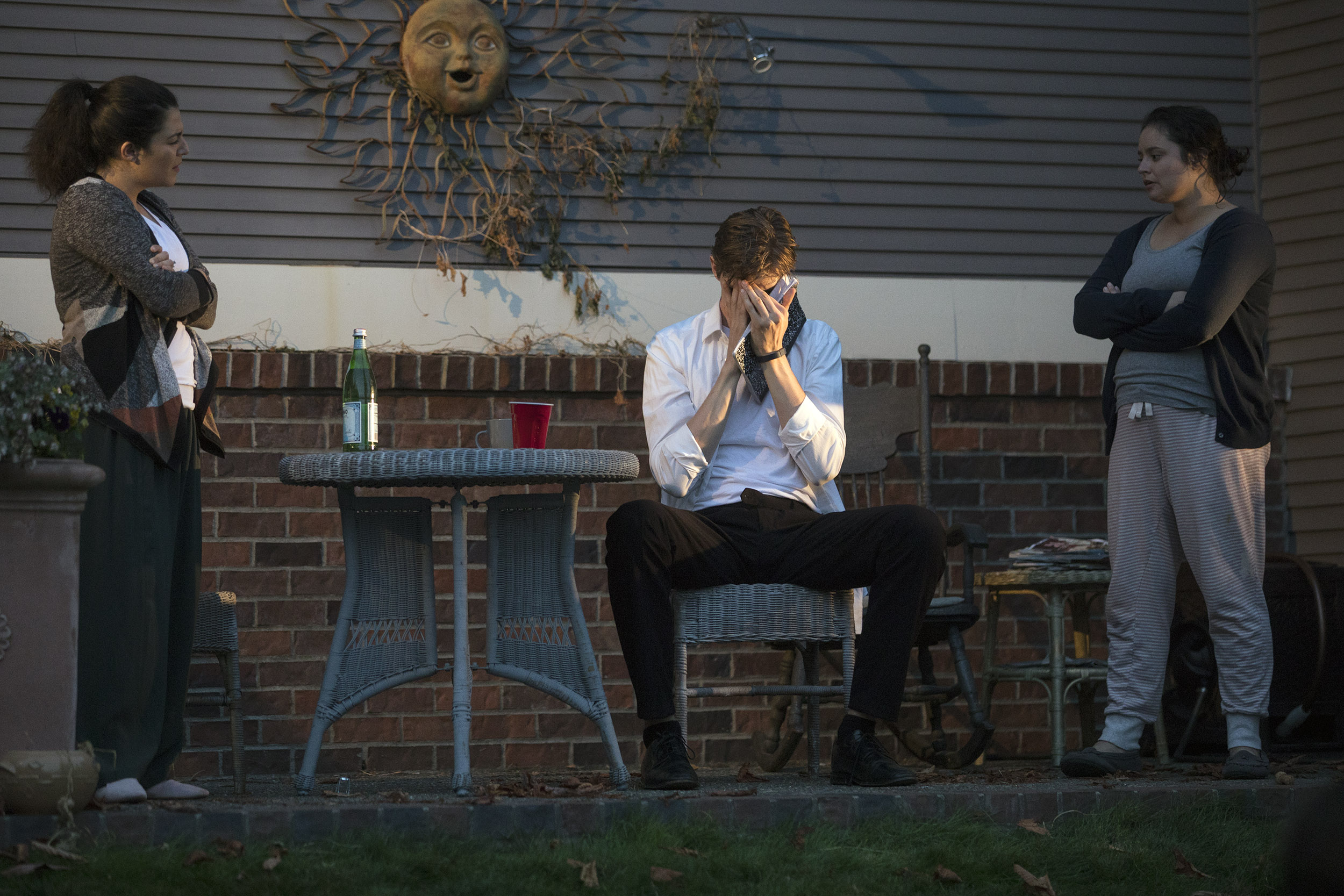 (From left) Sophie Franco, Douglas Fries and Ana Maria Campoy during a Porch Project production of 'Proof' at a home in Burien, Sept. 8, 2017. (Photo by Matt M. McKnight/Crosscut)

“We’re at an unprecedented time for Latino theater,” says Rose Cano, artistic director of Ese Teatro, an organization she helped establish in 2010 to empower Latino artists.

Once rare to have Latinx productions take the spotlight in Seattle, this year's fall season features several Latino plays that are currently running or soon to be on stage.

For years, Cano, who is originally from Peru, has been working to put Seattle on the Latino theater map, on par with, say, Los Angeles, New York and Chicago. Her latest production is The Journey of the Saint (which ends its run on Saturday), a comedic play that raises questions about religion and faith.

Whether written or directed by Latino artists, or starring Latino actors, the current crop of plays explore themes relevant to Spanish-speaking communities and beyond.

This isn’t to say Latino artists necessarily face an easy road ahead. “I think there’s still definitely more work to do for sure,” says Arlene Martínez-Vázquez, education director at Seattle Repertory Theatre and director of Native Gardens, a play by Mexican-American writer Karen Zacarías.

Martínez-Vázquez, who is Puerto Rican, says too many Latino-directed plays are still relegated to the small budget, hole-in-the-wall type of production and that the big theater companies have yet to catch on. “I don’t think it should be either or, I think it should be both,” she says.

Ana Maria Campoy, a Mexican-American actress who is starring in the first bilingual version of David Auburn’s Proof (on Sept. 29 at Tacoma's Annie Wright Schools), says she still runs into typecasting, often limited to playing a servant or a migrant. “We are more than just these two stories,” Campoy says. “For me, it’s always about the fact that I want this table to get longer and more diverse and louder and just full of unique voices.”

“This year feels really magical,” Campoy adds. “It used to be like we got one show.” The turn for the better, Campoy says, could not have come at a more opportune time.

“I know there’s a lot of awful things happening in the world right now, but I think art is giving us solace and hope, and I think it helps us reach people’s hearts and push their minds,” she says. “Change can really happen through the arts.” In addition to Proof, Campoy is also in the midst of rehearsing for her next play, Fade, which is authored by Mexican-American playwright Tanya Saracho.

Here’s a brief rundown of some of the Latino productions currently (or soon) on local stages:

The Proof Porch Project marks the first bilingual/outdoor version of David Auburn’s Pulitzer-winning Proof, a story about a young daughter who grieves over the loss of her brilliant father, a famous mathematician who suffers from dementia. In an attempt to reach audiences who don’t typically have access to the arts, the play has already been performed in the backyards and porches of Seattle, Burien and Vashon Island. Campoy hopes to take it to Eastern Washington next.

Proof is playing in Tacoma on Saturday, Sept. 29, at the Annie Wright Schools at 2 p.m.

The Journey of the Saint: Written by César De María and translated by Cano, the play follows the pilgrimage of the mummified remains of Saint Fortunata in 1796, from Spain to South America, all while taking a humorous look at the roles of religion, faith and doubt. At ACTLab, Sept. 28-29.

Native Gardens: Martínez-Vázquez directs this one-act play, which “depicts a culture-clashing feud between two neighboring couples — one white and older, the other Latinx and younger.” At the UW’s Jones Playhouse through Sept. 30 (produced by Intiman Theatre).

Two Sisters and a Piano: Directed by Seattle’s José Amador, this Nilo Cruz play is set during Fidel Castro's reign in 1991 Cuba. Recently released from prison, sisters Maria Celia and Sofia are kept under house arrest by Russian jailers. Celia's writing is to blame for their persecution. Then a lieutenant assigned to the case becomes infatuated with her. At Theater Schmeater through Oct. 6.

Brainpeople: Written by Jose Rivera and directed by Fernando Luna of Seattle’s Latino Theatre Projects, an organization that aims to engage the local Latino community, the play follows the story of three women and the life events that haunt them. The three meet after one, a wealthy Puerto Rican woman, invites two strangers to dinner on the anniversary of her parents' death. At Theatre Off Jackson, Oct. 11 through Nov. 3.

Fade: Written by Tanya Saracho (TV writer and creator of the show Vida), this comedy delves into the life of Mexican-born Lucia, who is hired to write for a popular detective program on TV. At her new office, a ruthless Hollywood studio, Lucia meets after-hours custodian Abel. At Seattle Public Theatre, Oct. 12th through November 4th.

Juan Palmieri: Hoping to follow in Che Guevara’s footsteps, young people all over Latin America protested capitalism and imperialism, including in Uruguay. The play documents the resulting civil unrest that led to the incarceration, disappearance or death of approximately 10,000 people from 1968 to 1985. The production marks the first time the play will be performed in English. At ACTLab, Nov. 1 through Nov. 18.