The top civilian in the Seattle Police Department resigns

Wednesday was the last day for Brian Maxey, the department’s Chief Operating Officer and a major player in its consent decree proceedings. 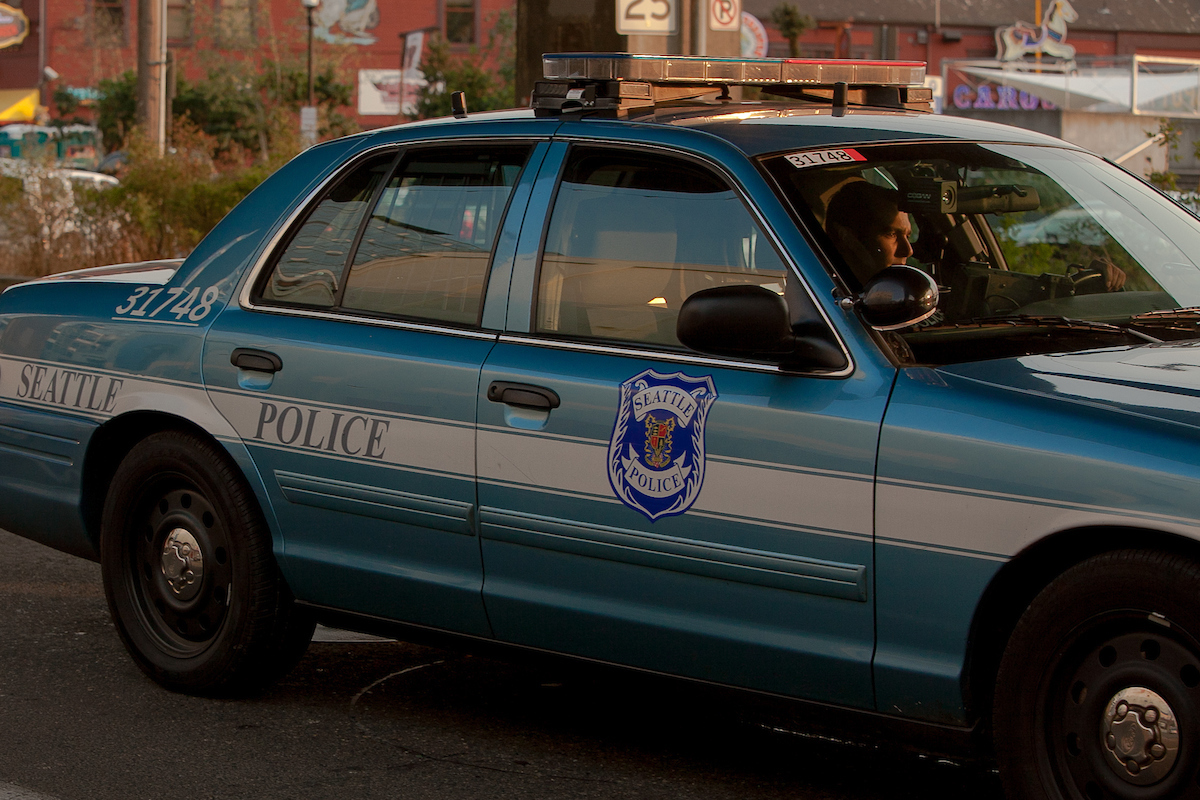 A police car in Seattle, Washington. (Photo by Jovelle Tamayo for Crosscut)

Chief Operating Officer of the Seattle Police Department Brian Maxey, the most powerful and influential civilian in the department, has left his post. His exit marks the end of his four years inside the department and represents a major shakeup under the still relatively new Chief Carmen Best.

In an email to staff, Chief Best said she would accept his resignation effective Wednesday, Sept. 26. “I sincerely want to thank Brian for his hard work and contributions to the Department, especially working to drive compliance with the consent decree to full and effective compliance,” she said.

In his own statement to staff, Maxey said “It is with mixed emotions that I leave SPD. For the past eight years, I have worked with the Seattle Police Department and have seen a remarkable transformation in the work done by the men and women of this department — there is no doubt in my mind that they brought us into real and measurable, full and effective compliance.”

Maxey took over the COO job in late 2015, after spending a year as the department’s senior counsel, where he served as a legal adviser to the chief and the executive team. Before that, he had worked with the department as an assistant city attorney in the City Attorney’s Office since 2010.

Although Maxey’s name is perhaps not as familiar as those of Chief Best or Kathleen O’Toole before her, he was the most powerful civilian in the state’s largest law enforcement agency. He played an outsized role in overseeing the structure and operations of the department, working extensively to advance the department’s use of technology (including body cameras), develop new training and oversight, and respond to City Council questions about how the department is set up.

When it came to matters of policy or best practices — including officers working second jobs, Taser policies, early intervention systems to catch problem cops — Maxey was often the first point of contact for city officials and a frequent source for media.

Throughout the process, Maxey often spoke on behalf of the department before the U.S. District Court Judge James Robart, overseeing the process — offering to the judge explanations when asked, and accepting scorn from him when necessary.

He also made the case to Robart a year ago that the department had met its obligations under the consent decree and should be found in compliance.

Months later, Robart agree. After more than five years under the scrutiny of a federal judge, the department was found to be in full and effective compliance with the demands of the consent decree earlier this year. It is now about a year into its two-year wind-down period, in which Robart watches for any backsliding on the part of the department.

In a statement, the civilian Community Police Commission — which was created as a part of the consent decree — praised Maxey. "Brian has worked hard and thoughtfully to embed principles of good government and public accountability into all aspects of the police department," co-chairs Rev. Harriet Walden, Enrique Gonzalez and Issac Ruiz said. "Significantly, he has also insisted the same principles apply to civilian oversight. He has been open to learning from the community, even from those who are traditionally mistrustful of law enforcement."

As to what’s next, Maxey said in an email to staff, “I am honored to have a new opportunity to work on national and international projects with 21CP Solutions, a recognized leader in police reform, and am excited to share the knowledge and success that we built in Seattle.”

Mark Baird, SPD’s Executive Director of Budget and Finance, will take over as Interim Chief Operating Officer with a national search to follow to fill the position permanently.