What to watch for when Kavanaugh testifies Thursday

Here's how to "read" the Supreme Court nominee's testimony and what it reveals about his attitudes toward victims of sexual assault. 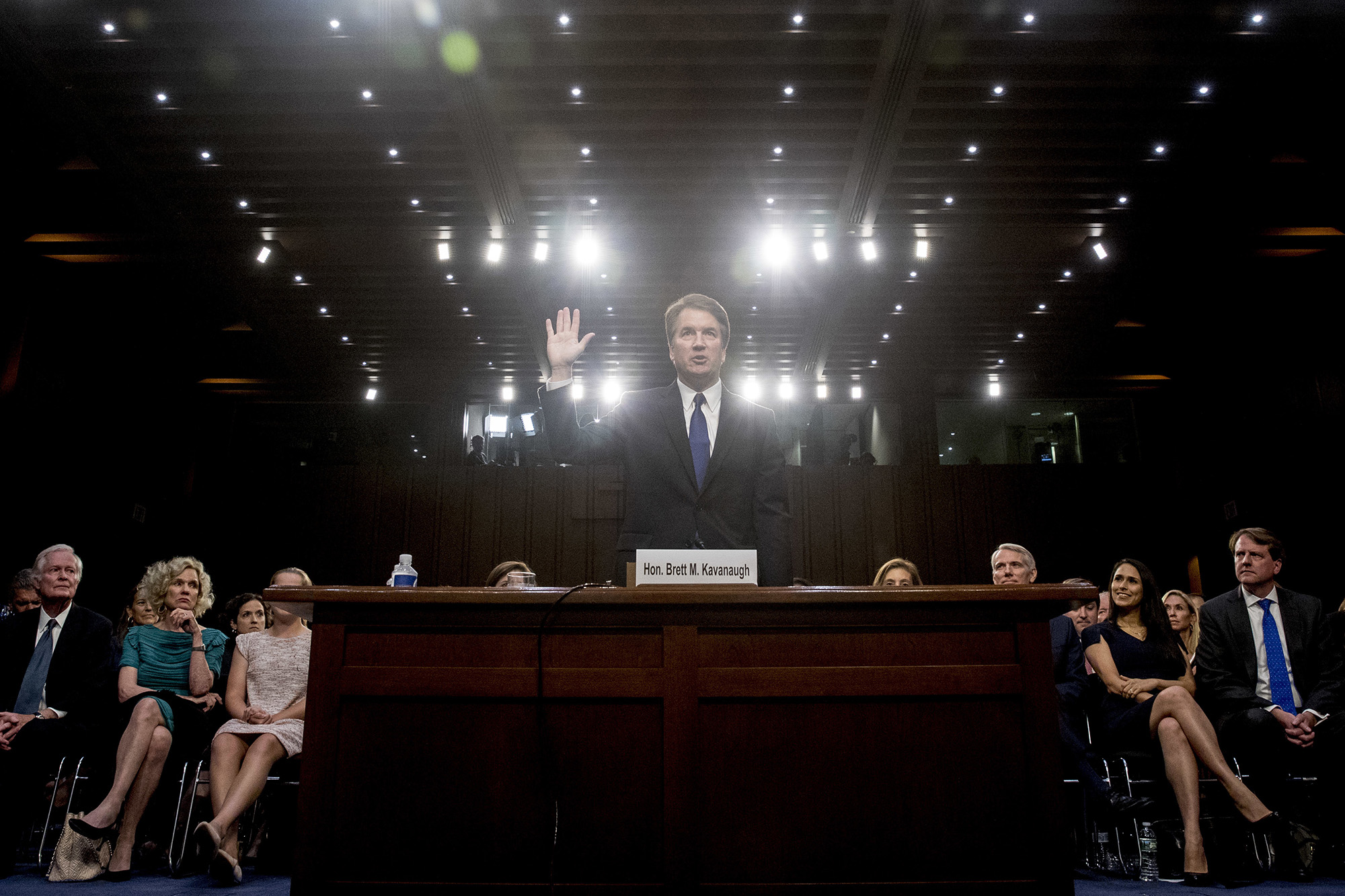 This week, Patty Murray and Maria Cantwell joined a number of U.S. senators in a call to delay the nomination process of Judge Brett Kavanaugh in order to allow an investigation into the accusations of sexual assault leveled by Palo Alto University Professor Christine Blasey Ford. Ford has volunteered to testify, but has also requested that her testimony accompany an FBI investigation that could corroborate her claims.

This is a sensible request, one that the Senate should be eager to accommodate in its role to advise the president on his nominations to the Supreme Court and to ensure that anyone who enters a lifetime appointment to the Court is a person of integrity. Political commitments aside, we should all agree that any person who is willing to violate the rights of another person — and who would do so merely to satisfy his or her own desires — cannot be trusted to uphold the laws of the land or to safeguard those who need the protection of the law most. This is why the allegations made against Kavanaugh should matter to all of us.

But we are not living in sensible times, and the likelihood that Ford’s accusation will be treated with the sensitivity and attention it deserves is low. This fact alone tells us how unimportant the integrity of the Supreme Court is to those who are eager to see their nominee approved at any cost. Yet a justice on the Supreme Court should not be motivated by such cynical politics and for this reason, if no other, Judge Kavanaugh himself should welcome an investigation of Ford’s allegations as an opportunity to demonstrate his integrity to the American people.

Without an investigation, we won’t be able to know whether the event Ford describes was a “youthful indiscretion,” a case of mistaken identity, or something else. Regardless, Kavanaugh will almost certainly continue to deny the allegations made against him. But in doing so, he can either be an exemplar of male responsibility who acknowledges the persistence of sexual harassment and assault (even as he might deny particular allegations), or he can protect himself and the system of male domination that is circling its wagons around him by insinuating that he is a victim or that victims of sexual violence cannot be trusted when they speak out.

Until or unless there is an investigation, the best we can do is to “read” Kavanaugh’s testimony to see what it reveals about his attitudes toward victims of sexual assault and his sense of responsibility to those who have been victimized. We can ask ourselves a few questions as we do so, which should help us see whether Kavanaugh should be entrusted to serve the United States on the Supreme Court.

First, does Kavanaugh tend to protect the powerless or the powerful?

By many accounts, Kavanaugh has been an advocate for women within the legal profession. He says he was shocked to learn that Judge Alex Kozinski, of the ninth circuit, for whom Kavanaugh had clerked in the early 1990s and with whom he had worked for many decades since, was accused of sexual harassment and assault by several female colleagues. When asked by Sen. Mazie Hirono (D-HI) whether he believed the women who made allegations of sexual misconduct toward Judge Kozinski, Kavanaugh said without hesitation “I have no reason not to believe them, Senator.” This is a powerful statement if what Kavanaugh is saying is that he is inclined to accept the word of several women over that of a trusted colleague.

Unfortunately, Kavanaugh didn’t stop there. In his written testimony, Kavanaugh seemed to revert back to protecting himself and his colleagues, by suggesting that Kozinski’s behavior might not have been that egregious: “Judge Kozinski worked in a small courthouse in Pasadena with ten other judges, numerous law clerks, and court employees. Apparently, none of them knew of any misconduct, or they presumably would have reported it.” Kavanaugh reiterated this statement while under questioning from Sen. Hirono, saying that Judge Kozinski was surrounded by “prominent federal judges . . . who worked side by side with him day after day . . .” If they didn’t see it, he seemed to be saying, how bad could it be?

Even if Kavanaugh does accept the words of Kozinski’s accusers, why make a point — more than once — that so many people should have seen it but didn’t? I can only think of two reasons: Kavanaugh either wanted to suggest that it was someone else’s responsibility to report Kozinski’s behavior or to suggest that the behavior must not have been as bad as his accusers suggested. Either way, Kavanaugh felt the need to qualify his apparent willingness to believe the accusers by noting that no “prominent” judge noticed Kozinski’s behavior, himself included.

It requires integrity and humility to take responsibility for one’s own failures, and to acknowledge that one should have done things differently. Kavanaugh’s words regarding the Kozinski affair are not the words of someone who is aware of just how badly he failed his colleagues. They are, instead, the words of someone who is complicit in a system of male dominance that doubts accusers and protects perpetrators.

Second, does he ponder his own complicity in fostering a climate of sexism, sexual harassment, or sexual violence?

If Kavanaugh was sincerely troubled by sexism in the workplace, he could have testified differently about Kozinski. It would not be too damning to admit under oath that he had been unable to see all that his female colleagues endured, and that he now knew he had to do better. Instead, he chose to deny his close ties with Kozinski; to demur over whether he had any knowledge of the infamous “Easy Rider Gag” email list, which Kozinski used to distribute offensive jokes; and to continue to stay silent about the broad problem of sexual harassment in the judiciary, even after Kozinski retired. 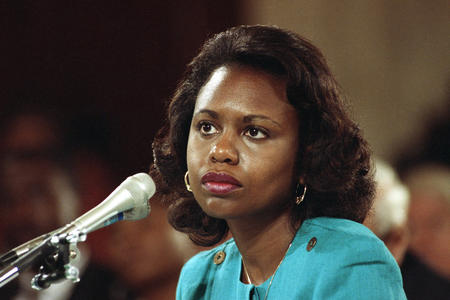 At what point will people begin to believe the #MeToo victims? 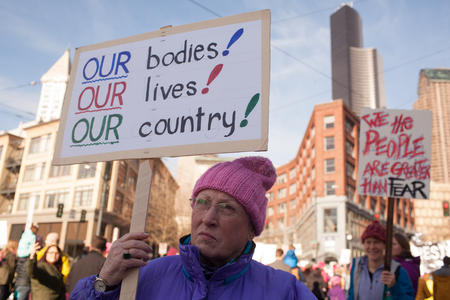 Amid the firings, suspensions and disavowals of so many powerful men who have lately been accused of sexual harassment and assault, Dictionary.com announced that the 2017 word of the year is... 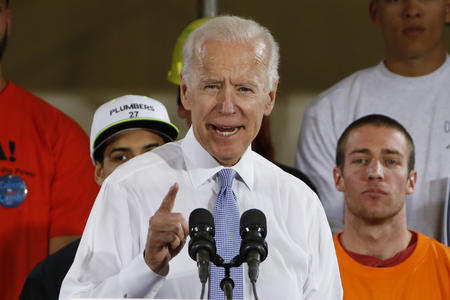 We must ask ourselves: Who is being protected? Who gets to do the protecting? And who actually needs protection?

Kavanaugh’s remarks about Kozinski’s Pasadena colleagues also demonstate a frustrating lack of attention to the power dynamics that the #MeToo movement has tried to uncover — namely that people in positions of power tend to protect one another rather than victims. After thoughtful consideration, Judge Kavanaugh should realize that even “prominent” federal judges might not feel empowered to report the sexual harassment of a colleague, for fear of adverse consequences to their own careers. Kavanaugh’s proposed solutions to the problem of workplace harassment — “better reporting mechanisms” and clearer procedures for clerks who depend on their superiors for career advancement — are insufficient to address the problem.   Anyone who has taken the problem of sexual harassment seriously would recognize that. Yet Kavanaugh seems unwilling to acknowledge the power dynamics at work or his own participation in them.

Does he understand the abuse that accusers endure when they come forward?

It is difficult for victims to come forward, and many of them do so at great personal cost and only after years have passed since their trauma or harassment. If Kavanaugh testifies about Ford’s accusations, we should look for evidence that he is attentive to the challenges faced by any victim who comes forth. Does he question Ford’s motives or timing? Does he allow his supporters on the Judiciary Committee to defame her? Or does he acknowledge the pain that she has undoubtedly endured, even if he believes she is mistaken to identify him as the cause of it?

Does he act like he’s the victim of political opportunism, or let other do so? Or does he defend the importance of a process that gets it right, even if that requires delay and investigation?

Does he acknowledge that his own life experience reveals certain entitlements that he must grapple with if he is to mete out justice on the Court?

The Kavanaugh nomination is a test of what the U.S. Senate has learned in the twenty-seven years since Anita Hill accused then-nominee Clarence Thomas of sexual harassment. It’s also a test of what we’ve learned about cultural complicity regarding sexual violence since the #metoo movement gained widespread visibility last year.

Mostly, though, it’s a test of Brett Kavanaugh. If, in defending himself, he cannot acknowledge the importance of delay and investigation of the sort Sens. Murray and Cantwell are calling for, if he cannot acknowledge the pain of his accuser or his own complicity in a culture that protects victimizers before victims, if he continues to protect himself at the cost of others and lets his supporters do the same, then he cannot be trusted to serve with integrity on the U.S. Supreme Court.

At what point will people begin to believe the #MeToo victims?

Amid the firings, suspensions and disavowals of so many powerful men who have lately been accused of sexual harassment and assault, Dictionary.com announced that the 2017 word of the year is...

We must ask ourselves: Who is being protected? Who gets to do the protecting? And who actually needs protection?