In the 1930s, Nazis rallied right here in Seattle

Long before the Russians, Nazis were influencing American elections and opinion. 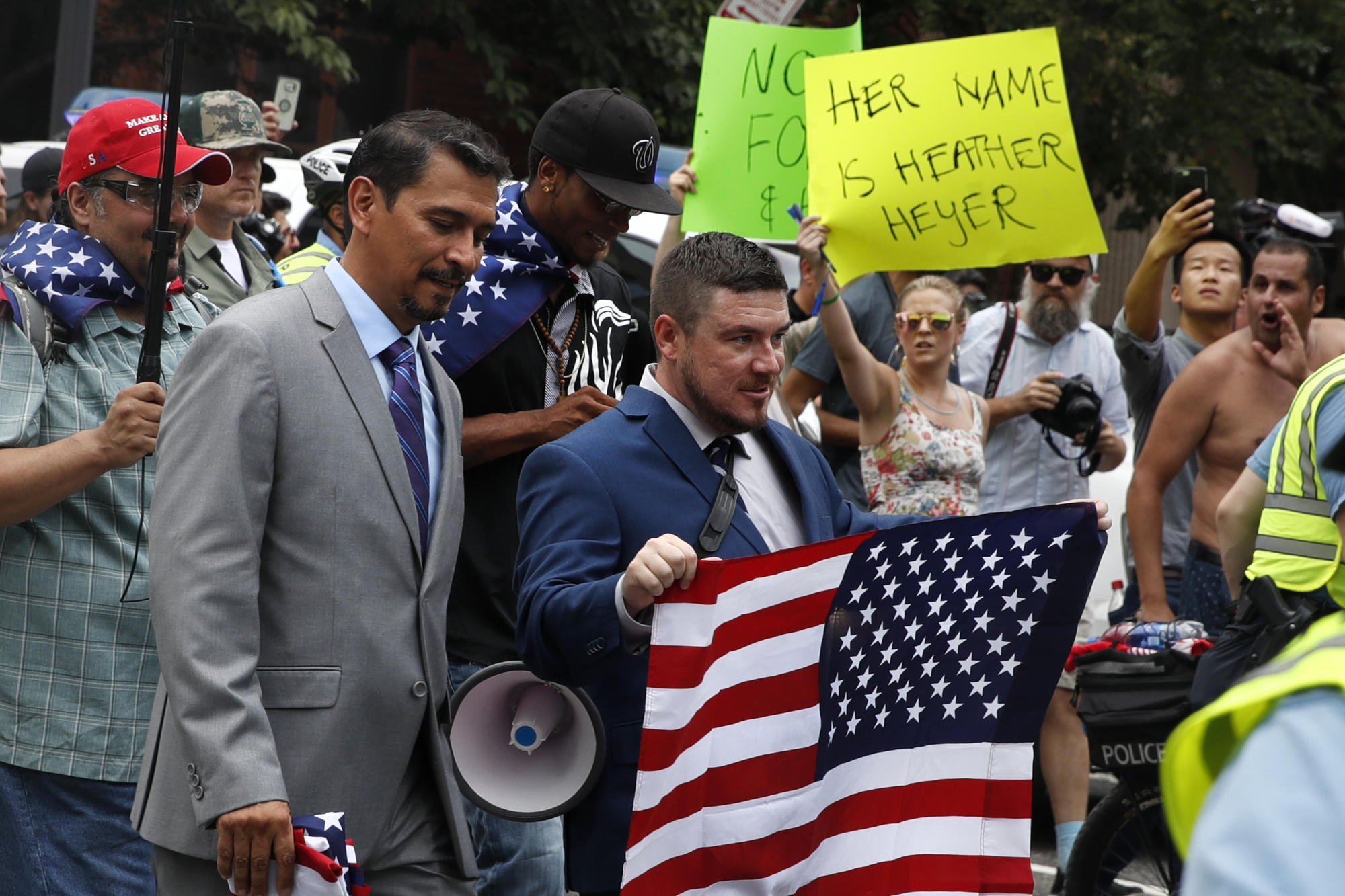 White nationalist Jason Kessler, center, walks to the White House to rally on the one year anniversary of the Charlottesville "Unite the Right" rally, Sunday, Aug. 12, 2018, in Washington. In the background is a protester holding a sign referencing the woman that died in last year's rally that says, "her name is Heather Heyer." (AP Photo/Jacquelyn Martin)

The re-emergence of nationalism and evidence of Russian interference in American politics have made the subjects of authoritarianism and fascism timely again. An upcoming event makes that point and the Seattle location chosen for it is unexpectedly appropriate.

Edmonds travel author, entrepreneur and TV star Rick Steves has produced a new TV special on the rise of fascism in Europe leading up to World War II. Steves has been increasingly outspoken about how important travel is to broadening horizons and has a knack for reaching mainstream audiences with controversial subjects, from marijuana legalization to travel in Iran. In that vein, he’ll be introducing his new film at a sold-out event on Oct. 16 at the Egyptian Theater on Capitol Hill. It will be broadcast Oct. 23 on KCTS 9, a sister organization to Crosscut.

The Egyptian, coincidentally, turns out to be an interesting choice. Today it’s a movie theater but in the 1930s it was a Masonic Temple that was available for various public functions. As such, it was the location of a number of rallies and events touting Hitler’s Nazi regime.

When Steves talks, he’ll be standing on a stage in a performance hall where Nazi flags flew as Hitler’s Seattle sympathizers gave speeches in German and paid tribute to “the new Germany” while giving the “sieg heil” salute. Reports placed then-mayor of Seattle John Dore among them.

From that stage in 1937, for example, local German-American attorney Hans Otto Giese proclaimed, “We frankly admire our reborn and united German fatherland of today and its greatest genius, Adolph Hitler, who has accomplished such wonders over there in restoring national unity and social peace.”

The building was also the site of counter protest when, in 1934, demonstrators objected to an event celebrating Hitler and sailors from a German warship visiting Puget Sound.

As fascism took hold in Europe, the Nazi regime was determined to win American hearts and minds prior to World War II. Some of their activities here on the West Coast and across the country are echoed by recent Russian interference in American politics and elections: misinformation and opinion-shaping and encouraging anti-government sentiment. Some familiar names pop up too — like the National Rifle Association.

While this was a nationwide endeavor, the West Coast, from California to Washington, offers examples of how these techniques were used to gain support for Hitler’s agenda or to try to neutralize U.S. opponents to it. Two recent books— Hollywood’s Spies: The Undercover Surveillance of Nazis in Los Angeles by Laura D. Rosenzweig and Hitler in Los Angeles: How Jews Foiled Nazi Plots Against Hollywood and America by Steven J. Ross — dig into the history of Nazi and anti-Nazi efforts focusing on California with a web of characters and plots that extend along the coast.

Parallels with recent Russian actions are apparent. Russia, for example, has resisted U.S. economic sanctions. The German government strongly backed the creation of the group Friends of New Germany in the United States, consisting of citizens who organized to fight a boycott of trade with Germany initiated because of the Nazi regime’s treatment of Jews. The Friends group morphed into the German-American Bund, a Nazi-sympathizing organization that broadened its mission to sell German culture and the Third Reich to the American people. The Bund reached out to other groups that supported an “Aryan” agenda, including the KKK and literally hundreds of other smaller extremist groups. America’s white supremacists gave them hope for spreading the ideology and spurring potentially violent networks.

Just as American conservatives have gone to Moscow to hob-nob with Russia’s influencers, so too were American Bund leaders and other German sympathizers called to Berlin for propaganda and planning. Throughout the 1930s, the Bund took secret direction and funding from Berlin while claiming homegrown, all-American independence. Germany also spread money to other far-right groups.

The Bund was strong in southern California, and its regional leader, Herman Schwinn, held pro-Nazi talks and rallies up and down the coast, including in Seattle. Some locals were actually inspired to move to Germany to take jobs in the Third Reich. One example is a Seattle import-export man named Ernst Vennekohl, who became head of the Portland Bund and later went back to Germany to serve the Third Reich in the Nazi “cultural relations group.” It identified foreign groups to recruit, spy on, persecute — and target for elimination.

Russian agents in the present allegedly include Maria Butina, who used the National Rifle Association to develop wide-ranging contacts within the American right, but also to promote the arming of civilians. In the 1930s, the NRA was used by groups like the Bund to arm its members. The Bund developed a security cadre — modeled on the Stormtroopers — that recruited military veterans and members of the National Guard. Members were encouraged to buy weapons — rifles and pistols — through the NRA and engaged in regular practice and training sessions, as modern far-right militias do.

The American Nationalist Confederation, a far-right Christian group with strong ties to the Bund and German agents, was formed to arm and instigate an uprising organized by Clayton Ingalls, husband of Nazi spy, paid Gestapo agent and famed flyer Laura Ingalls. According to the book Hitler in Los Angeles, “[Clayton] Ingalls planned to equip each cell with weapons obtained through the National Rifle Association.” Ingalls was in touch with numerous West Coast fascists and Nazi agents, including the German consul in San Francisco, Manfred von Killinger, a one-time Nazi party assassin, in charge of the Third Reich’s West Coast operations.

One California Nazi, a former member of Hitler’s Brownshirts named Dietrich Gefken, plotted a takeover of southern California cities in an armed revolt. He was a member of California’s National Guard and Friends of New Germany’s “secret stormtrooper unit.” The plan was to raid armories in the region. The plot was foiled, and likely delusional, but part of a pattern of seeking to arm domestic fascists. 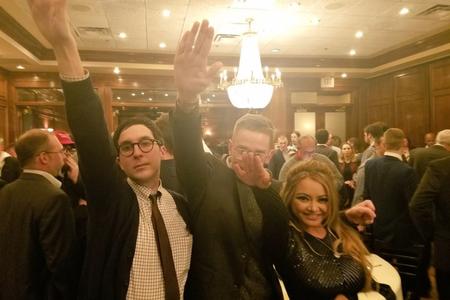 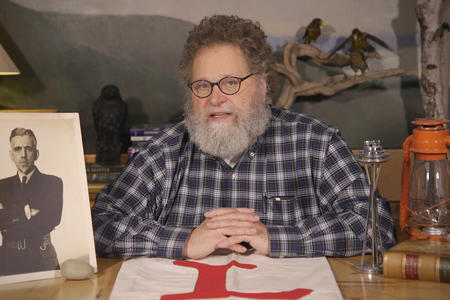 When the ‘American Hitler’ came to Washington

Knute Berger explores the dark history of the Silver Shirts, a fascist splinter group that fielded a presidential candidate in 1936. 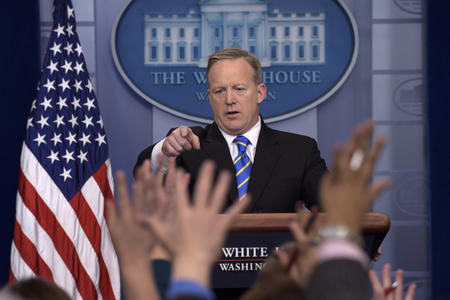 The Silver Shirts, another American fascist group strong on the West Coast, set up their temporary national headquarters east of Lake Washington in Redmond in 1936 while their founder, the self-proclaimed “American Hitler,” William Dudley Pelley, ran for president. They were caught buying arms from two U.S. Marines who were selling guns and ammunition taken from a Naval supply depot in San Diego. The Silver Shirts cooperated closely with the Bund and other far-right paramilitary groups and were preparing for revolution to overthrow an American government supposedly “dominated” by Jews and Communists.

German propaganda efforts inside the U.S. varied widely, from promoting German culture to suppressing criticism of Germany. A German diplomat based in Los Angeles, for example, was enormously successful in censoring Hollywood films that might portray Germany and its treatment of Jews in a negative light. Georg Gyssling, the German vice consul general, reviewed major studio scripts and films for approval if studios wanted to show those or other films in Germany — and threatened German boycott if they didn't pass muster. The German market for American films was huge in the 1930s, so studios tended to kowtow to him, allowing extraordinary censorship. The Nazis understood the power of cinema to shape public opinion.

The distribution of Nazi and anti-Semitic literature was fueled by pamphlets being brought in, along with money and agents, via commercial German shipping lines, then distributed by the Bund and other organizations. In Seattle, young UW students were recruited by the local Bund to distribute anti-Jewish printed propaganda from Germany. In other cases, the literature was tossed from tall buildings at major urban intersections, a tactic known as “snow storming.”

German agents also infiltrated groups like America First to encourage U.S. neutrality in the event of war. Laura Ingalls was a prominent America Firster, and on the Nazi payroll. Herman Schwinn of the Bund promoted a “Five Point Americanization Program” to make the Bund’s fascist agenda seem as American as apple pie. American flags mixed with swastikas at rallies along with pictures of George Washington. (Check out this footage of an the infamous Madison Square Garden “Pro-America” Nazi rally from 1939.)

Germany tried many other tactics to influence public opinion, confuse opponents, undertake secret efforts at persuasion, and support homegrown right-wing groups in engaging in politics as well as plotting overthrows and purges if the ballot box failed. A combination of vigilance and incompetence of execution helped America to get through — and see through — these efforts, though government action was late to develop. It was difficult for organizations like the FBI to switch from “red hunting” of communists to “Nazi hunting.” And anti-Nazi activists often had trouble being taken seriously by law enforcement. The head of the Los Angeles Police Department’s red hunting squad was sympathetic to the Bund. Much of the exposure of German efforts came as the result of Jewish and labor groups, such as the Los Angeles Jewish Community Committee exposing conspiracies and subterfuges.

The rise of fascism in Europe was accompanied by a rise in fascist activism in the United States, and fanned by a foreign power that sought to gain from it. Facebook didn’t exist to be manipulated, but the playbook the Russians are using is well-thumbed.

The lesson from the 1930s that’s applicable to our times is the old saying “eternal vigilance is the price of liberty.” That includes being diligent about understanding the past to help make sense of the present, and what to expect in the future.

When the ‘American Hitler’ came to Washington

Knute Berger explores the dark history of the Silver Shirts, a fascist splinter group that fielded a presidential candidate in 1936.