Arguments for and against I-940’s changes to police law 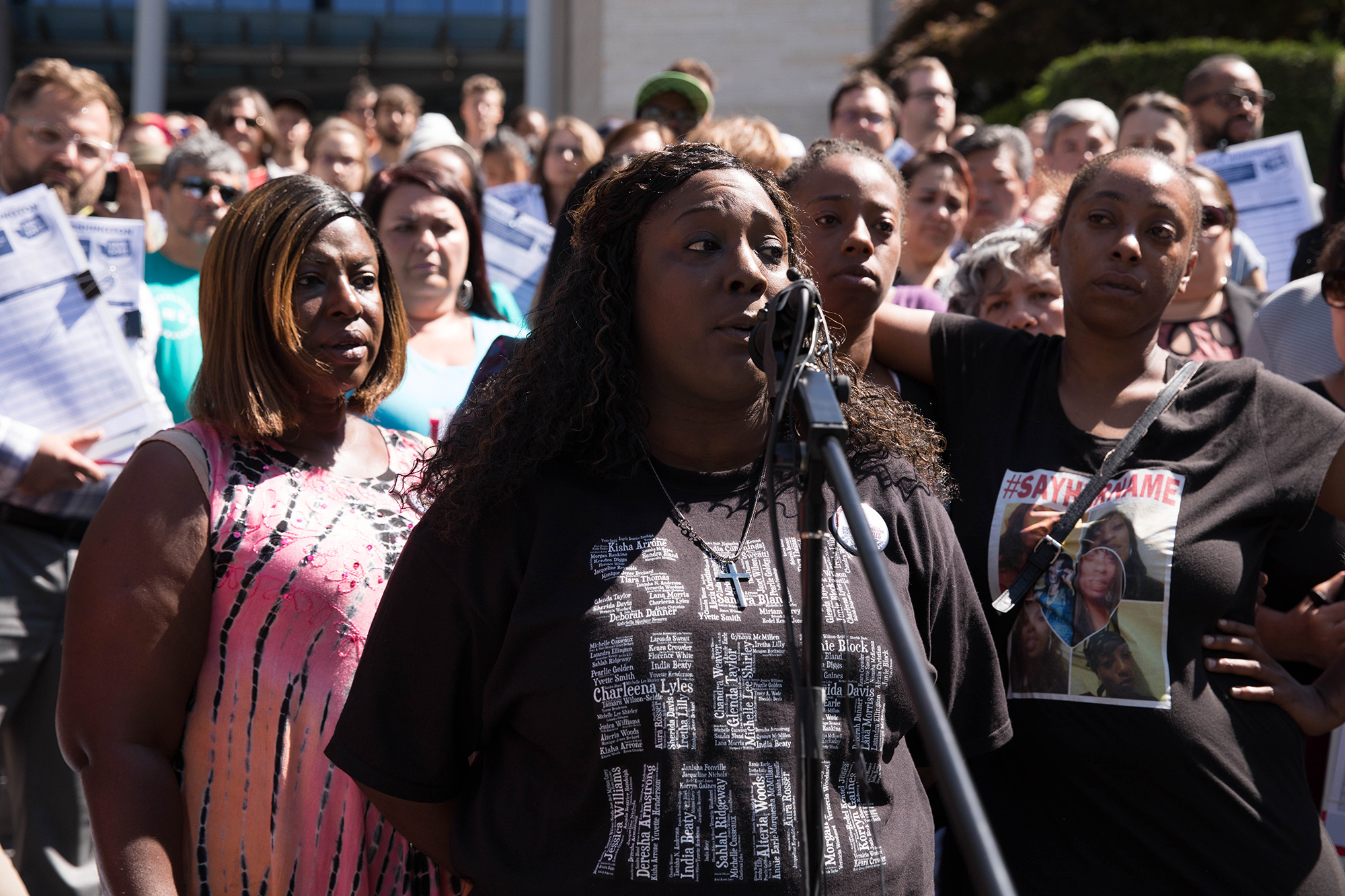 Katrina Johnson, a cousin of Charleena Lyles, speaks at the kickoff for Initiative 940. (Photo by Matt M. McKnight/Crosscut)

These articles are in support of, and then an argument, against Initiative 940.

The ballot title says: Initiative Measure No. 940 concerns law enforcement. This measure would require law enforcement to receive violence de-escalation, mental-health, and first-aid training, and provide first-aid; and change standards for use of deadly force, adding a "good faith" standard and independent investigation. Should this measure be enacted into law?

Voters are asked to say yes or no.

I-940 will help save lives of those with mental illness, disabilities 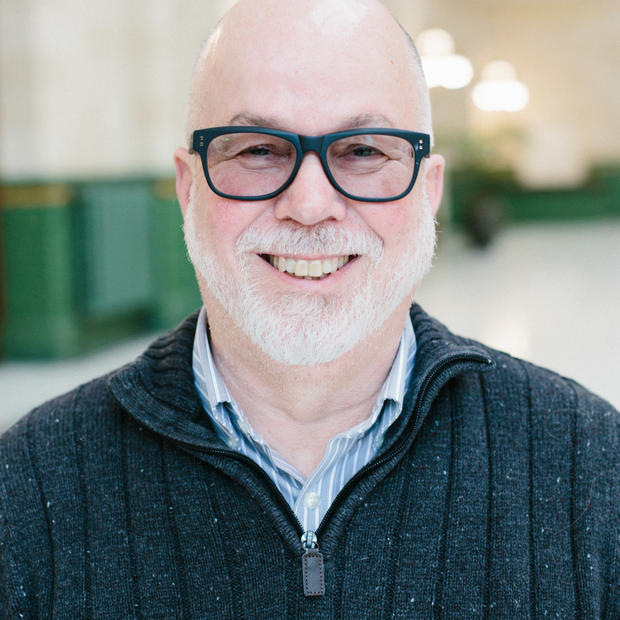 Mark Stroh is the executive director of Disability Rights Washington.

Every day, the law enforcement officers who serve our communities have to do jobs that they didn’t necessarily expect when they started their careers. Officers across our state are regularly called to respond to people experiencing a mental health crisis. Unfortunately, too often our officers don’t have enough training to deal with these kinds of dynamic situations.

That’s why Disability Rights Washington supports Initiative 940, and why I’m asking you to join me in voting Yes on Nov. 6.

Last year, more Washingtonians were killed in encounters with law enforcement than in 45 other states. Nearly one-third of those killed showed signs of a mental health crisis. People with mental illness or other disabilities — deafness or autism, for example – are often misunderstood in a crisis, and when officers don’t have the training and tools they need the results can be tragic. Think of John T. Williams, Charleena Lyles, Otto Zehm, Daniel Covarrubias, or Doug Ostling. Unfortunately, this list goes on.

Disability and mental illness cut across race and class, though people of color with disabilities face greater risk. We all know or love someone with mental illness or another disability that might affect behavior and communication. If a police officer had to respond to our loved one in a crisis, all of us would want that officer to have every possible skill available so that both our loved one and the officer are safe. Police training is a concrete, achievable way to make sure this happens.

Unfortunately, the current training isn’t sufficient. After the 2010 death of Doug Ostling, a man with mental illness and possibly autism spectrum disorder who was killed by police in his home, our state created new training requirements for police. We currently use a training model commonly called “crisis intervention team” (CIT) training. However, our law only requires that officers in training receive eight hours of CIT during the six-month basic law enforcement academy. There is a two-hour online refresher every year. More training is optional, but unless you are an officer in a jurisdiction that can afford it and prioritizes it, you likely won’t receive it.

We increasingly ask police officers to act as social workers or mental health providers. The least we can do is provide them with training commensurate with that responsibility. Given Washington’s abysmal national ranking in police deadly force incidents last year, the current training clearly isn’t enough.

Finally, when a tragedy does occur Initiative 940 would also create a new fair and independent investigation process so families, communities and law enforcement agencies can have an impartial investigation into what happened and why. It would also replace our one-in-the-nation legal standard around use of force with a fair standard used in 27 other states.

By subscribing, you agree to receive occasional membership emails from Crosscut/Cascade Public Media.
Against Initiative 940

Legislature will be better positioned to act if voters reject measure 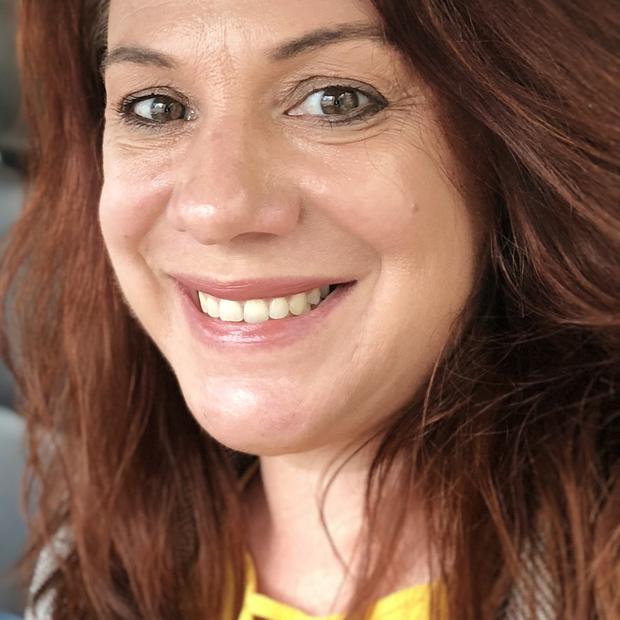 Lynnette Buffington is the executive director of the Washington State Fraternal Order of Police (WAFOP) which is a nonprofit organization that represents over 2,600 law enforcement officers in the state. Our motto is “Cops helping Cops."

Initiative 940 has found its way to the ballot after a confusing and sometimes contentious route. Unfortunately, it has put sponsors, critics and even the state Legislature into a difficult spot. If voters want to create meaningful progress in the development of positive relationships between the community and law enforcement, they should oppose I-940.

During its creation, Initiative 940 was framed to be supported by law enforcement and recent media pieces confirm that, in fact, there are some law enforcement leadership endorsements. However, the groups that represent the most peace officers in the state including Washington Fraternal Order of Police (WAFOP), Washington Council of Police and Sheriffs (WACOPS), Washington Association of Sheriffs and Police Chiefs (WASPC) and Council of Metropolitan Police and Sheriffs (COMPAS) have all stood in opposition.

The law enforcement community believes that the policy outlined in I-940 doesn’t have the voice of their organizations adequately represented. Policy language around the training standard, use of deadly force and “paramount duty” (first-aid) are flawed and have negative administrative, financial and public safety fallout.

Standing in opposition to an initiative is not enough, though. A negative public rhetoric that pits the community against the body of people designated to protect them is unhealthy. Efforts to diminish the harmful discourse and create better policy that preserves public safety is achievable.

During the 2018 Washington state legislative session representatives from the state’s major law enforcement groups worked with leaders of De-Escalate Washington (the I-940 sponsor) to create a more comprehensive and collaborative policy that is good for public safety.

The result of this work was HB 3003, which represented reform that both peace officers and community members agreed upon. That policy has received support and input from both sides of the issue, including the sponsor of I-940.

The compromise language improves on what was seen as faulty policy in the current ballot measure. Improvements developed in HB 3003 allowed the enforcement of the training standard to be administered by the employing agency. This revision will prevent an officer from being decertified through no fault of his/her own which could happen in the cases of military deployment or other unforeseen scenarios.

Additionally, the revised policy clarified language that had the unintended consequence of requiring a peace officers to render first-aid to the individual they came in contact with prior to securing the scene or attending to other injured innocents.

Lastly, and the issue that has garnered the most attention is the use of deadly force. As the initiative is currently written there is both an objective and subjective test which creates a difficult training standard. The enhanced and agreed upon language removes the term “malice" as the sponsors intended and retains the federal objective standard set in Graham v. Connor (1989) which guides current training practices. It is also important to note that both versions of policy retain the implementation of independent investigations of deadly force incidents.

Unfortunately, the legislative process that created HB 3003 was deemed unconstitutional, but the policy was not. While not the outcome that either side hoped for, the state Supreme Court’s ruling has not changed law enforcement’s commitment to coming together with the initiative’s sponsor to achieve the goals of HB 3003.

It is disheartening to see media publications across the state encourage voters to endorse I-940 and simultaneously bury a request in their editorial to the legislature to overturn the measure. This advisement is counterproductive. If I-940 passes, the state legislature will need a two-thirds majority to overrule the vote. This creates the hardest path possible for policy that has already had so many challenges. The logic used in these endorsements is that the legislature needs to know that there is public demand for police reform and a defeated measure would imply that the voters don’t find this issue important enough to endorse. This is foolish reasoning. The state Legislature represents diverse communities throughout the state and is well aware of the narrative surrounding law enforcement and communities. Implying that the Legislature would just walk away from an issue of this much importance is an assumption of negative intent that our state’s lawmakers do not deserve.

As with any ballot issue there are strong opinions on each side and ample amounts of misinformation floating around. To educate themselves and combat the confusion voters can easily reference HB 3003 via the state Legislature’s website. Voters can confirm what has been retained from I-940 in its original form and how the agreed upon improvements change and enhance the policy. Our state’s lawmakers stand ready to make this into law and there are already legislators from both sides of the aisle ready to sponsor during the 2019 session.

A vote against I-940 allows the legislative process to work and re-enact the improved total package of reforms including funding community input and legislative review. Regardless of what happens at the ballot law enforcement groups are committed to this effort. This achieves the goals of reforming the law and building bridges between law enforcement and the community.

If I-940 is defeated Washington state would have the opportunity to take center stage on this ground-breaking law that develops trust between citizens and law enforcement.