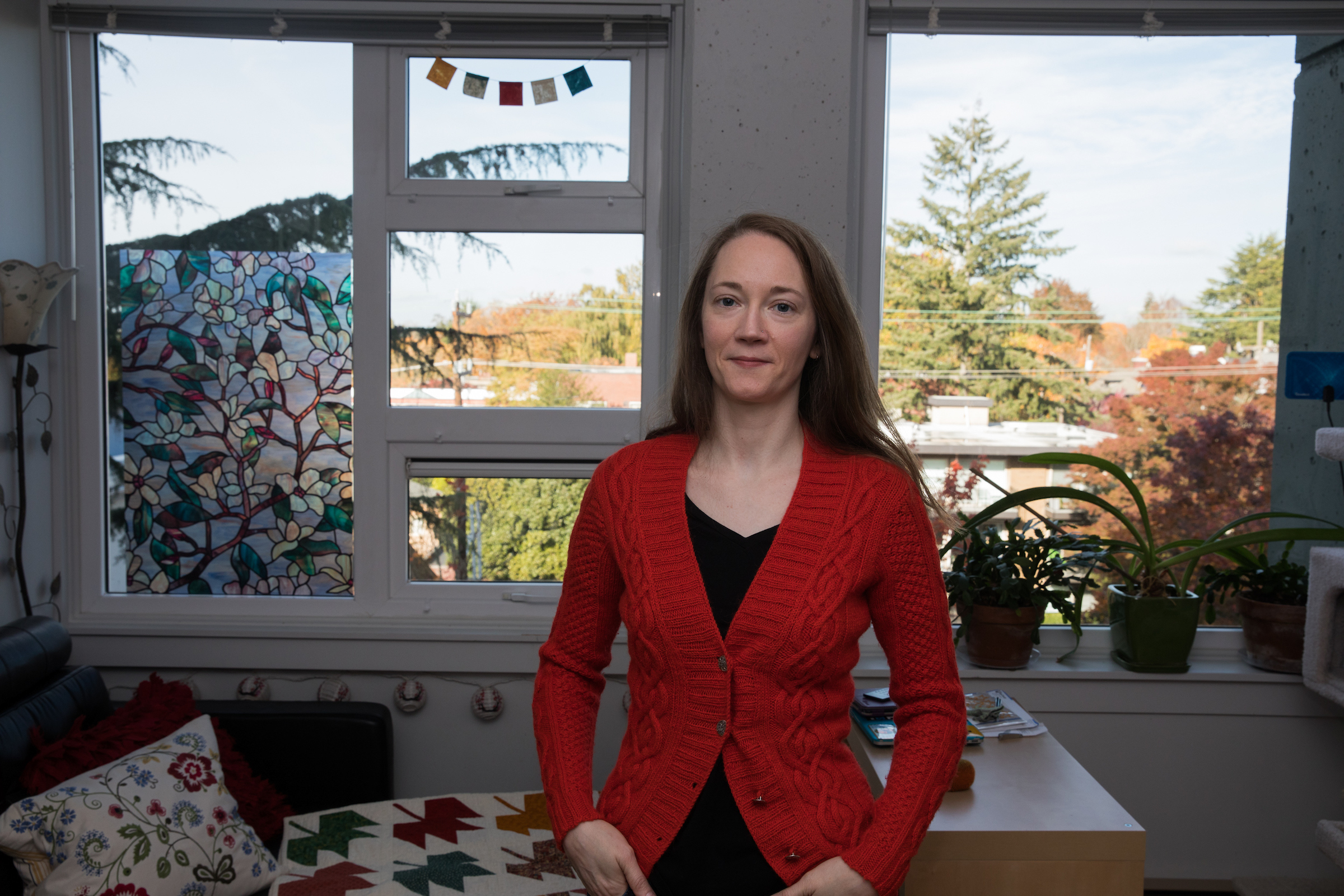 Summer Gray at her home inside Capitol Park apartments on Capitol Hill in Seattle, Oct. 24, 2018.

There were the leaks seeping into her bathroom from the upstairs neighbor’s pipes. One broken elevator that took months to repair and trash thrown into the other working elevator. There was the sense that the building managers were treating some residents great and others terrible. But it was the threat of eviction that finally pushed Summer Gray to channel her frustration and anger into action — organizing a tenants’ union.

For the past 8 years, Gray has lived in Capitol Park, a 125-unit, low-income apartment building on Capitol Hill owned and operated by Seattle Housing Authority (SHA). Last January, Gray took down one of the building manager’s fliers about office hours being canceled during the holidays. Gray says she was just trying to clean up clutter from the community bulletin board. The building manager told her they had her on camera and saw it as proof that she was the culprit who had been tearing down official flyers for months — a charge she denies. The manager issued her a 10-day “comply or vacate” notice, essentially a warning to behave or be evicted.

Losing her home and having a black mark on her record as a tenant would have caused particular hardship for Gray. Suffering from lupus and dealing with other chronic pain issues since high school, she is unable to work, meaning subsidized housing is the only home she can afford. A record of eviction would make it even harder to find a place to live.

So Gray reached out to the Tenants Union of Washington (TU), a nonprofit tenants’ rights group that typically works with low-income tenants to help them fight against discrimination and for better living conditions and legal protections, often by helping them organize tenant associations or tenant unions.

Tenant organizing has received renewed attention of late as elevated rents have left limited options for low-income residents. Recent news reports have shown some success for tenants who are advocating for change. In the case of Capitol Park, the change Gray sought was better management of her apartment building. But tenant organizing by TU and other similar organization have been at the heart of broader legal changes in Seattle and elsewhere in Washington to strengthen protections for all renters.

Gray’s situation is fairly typical of residents interested in tenant organizing, but perhaps unique to SHA. SHA is Seattle’s public housing authority — a corporation funded by public money, but not part of the Seattle city government. It serves about 34,000 low-income residents — typically those earning 30 percent or less of the area’s median income — and seniors in buildings around the city. According to SHA spokesperson Kerry Coughlin, this is the first time a tenants' union has formed in one of their buildings.

SHA provides a critical service. The private housing market rarely provides homes that very low-income people can afford, so subsidized housing is essential. But because SHA is funded by public dollars, “the obligation is different than other landlords,” says Arlen Olson, a staffer with the King County Bar Association’s Housing Justice Project. “We need to hold them to a higher standard for how they treat people, and for the conditions of the housing. They need to be the industry standard for respect.”

TU helped Gray file a response to the “comply or vacate” notice. In turn, they asked if she’d be willing to host a “Know Your Rights” workshop at the building. In March, TU Executive Director Violet Lavatai went to Capitol Park to speak to a group of about 15 tenants about Seattle and Washington renter laws and hold a Q&A session.

“There were so many questions. People were really starting from zero. You could see this dawning in people’s mind that ‘even though I’m an SHA tenant I have some rights here.’ … A lot of the messages you hear [from society] is ‘you’re poor, just be grateful for a place to live.’” says Gray.

Inspired, Gray followed up by inviting another nonprofit homeless and housing advocacy group Be:Seattle to come host a tenants' rights boot camp a month later. It was there that she got the idea to try and organize her neighbors into a tenants' union. “It was righteous anger I guess. When I know I’m right, I get fueled by that,” Gray says.

There is no legal definition of a tenants’ union. It can be as informal as a loose group of neighbors advocating for change in their building or a formally incorporated nonprofit. Seattle law does, however, prohibit landlords from trying to block tenant organizing activities. 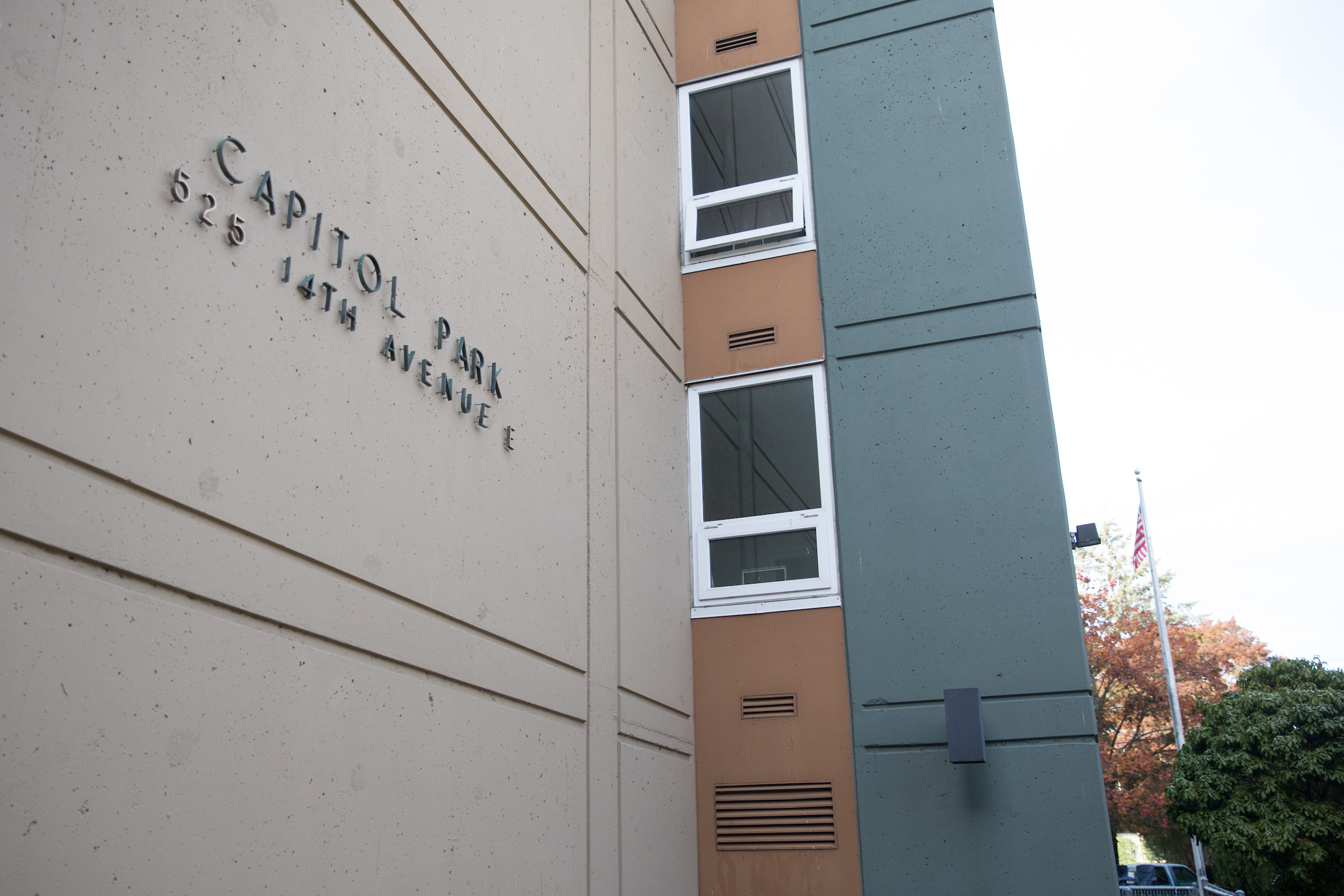 Gray began talking to her neighbors, encouraging them to come to meetings to chat about their grievances with building management. Organizing people proved challenging.

“There’s a lot of fear,” she explains. “You have a lot of people with very small incomes, myself included, who can’t afford to live anywhere else. … People were watching to see what backlash there’d be on me personally. But there was not any.”

A core group of six tenants began meeting regularly to share their experiences. Sometimes the meetings bloomed to 12 to 15 people. Coughlin says SHA doesn’t have policies against organizing. “They’re welcome to do that. They asked if they could use a community room on a weekend and make that available. We’re working with them.”

She continues, “What we did was also try to talk to residents. We think it’s just a small number of people interested in this.”

Though small relative to the more than 125 residents in Capitol Park, the tenant union was impactful for its members.

“Individually we could do nothing,” says Gray. “And because we weren’t talking and sharing our stories we didn’t realize how pervasive the issues were.” She found that complaints about bathroom leaks and other maintenance issues turned out to be common. As did concerns of retaliation and mistreatment by the building managers.

“Now it feels more positive,” Gray says. “We’re talking. And instead of each of us in our own little box struggling with our problems, there’s people saying ‘oh I have that problem too.’ There’s support.”

In May, the Capitol Park tenants' union, along with Be:Seattle’s Devin Silvernail, went to SHA’s monthly board meeting to take their complaints up the ladder. It worked. At the board meeting, SHA Housing Operations Director Rod Brandon assured Gray that he would look into the issues.

“Our senior folks decided to go out and try to find out what’s going on,” says Coughlin. “If anything’s going on we try to be right on top of it. We are one of the largest landlords in the city and think we’re one of the best. We work very hard to be attentive to residents and respect tenants' needs.”

SHA Property Management Administrator Jake LeBlanc and Brandon met with Gray and other tenants in late June to hear their concerns. Gray says the meeting illustrated for her the gap between what SHA wants to do and what can happen at the ground level. “I think the people at the upper level have good intentions,” she says. But in instances like those at Capitol Park, where they feel like the building managers aren’t addressing issues, or worse, bullying tenants, she says, “There’s not a way for us as tenants to hold them accountable. You shouldn’t have to go to a board meeting and form a tenants' union to get some form of accountability.”

Lavatai from TU agrees that tenants shouldn’t have to take extra steps to protect their rights, but notes that it’s often required. “It’s important to have tenant associations because it’s a stronger voice and they can all stand together. It is so vital in this housing crisis in Seattle and our nation. A lot of good can come out of tenant organizing in a building.”

In many cases, tenant organizing helps renters bring about change in an individual building. Lavatai says her proudest accomplishment of 2018 so far was helping a low-income senior apartment complex in Renton organize and oust an abusive building manager. But tenant organizing has also lead to broader changes in Seattle and other Washington cities.

Tenants in the Charles Street Apartments in South Seattle fought attempts by their landlord Carl Haglund to raise rents despite rat infestations, mold, broken appliances and other problems. Their organizing helped lead to a new Seattle law named after Haglund that bans rent increases for apartments in substandard condition.

In Tacoma, the Tiki Apartments were home to very low-income residents, many of them with disabilities. When the property was sold to a new owner, he announced plans to evict the tenants in order to redevelop the property. Tenant organizing led to Tacoma City Council passing a “just-cause eviction ordinance” that gives tenants more time to find a new home if they’re being evicted by steep rent increases or landlord’s plans to renovate. It also makes it easier for tenants to file discrimination complaints and requires landlords to give their tenants information about renter rights.

Housing Justice Project’s Olson says tenant organizing has played a role in just about every piece of renter rights legislation in Seattle and Washington.

“They don’t happen automatically,” he says. “They exist because people have been fighting for them. … The only way people are going to listen is if the renters get together and stand up and say this is what we need.” Seattle’s just-cause evictions ordinance, tenants’ right to organize, relocation assistance and other protections all came with the help of tenant lobbying.

TU’s history extends back to the 1970s when Seattle was in a downturn and tenants started organizing around slum conditions they were then living in. But Olson says many organizing victories have come during the city’s boom cycles when low-income renters are often pushed aside as developers cater to higher paying customers.

That dream came true. In early October, tenants received an email announcing that they were getting a temporary replacement manager. SHA’s Coughlin says it is coincidence. SHA rotates building managers every four to five years, and Capitol Park’s managers had been there about that long. “We’re happy to have members come to the board meeting and express concerns. But we have really strong policies in place on managing our buildings and that’s to be responsive.”

Gray is skeptical that it’s just a coincidence, but is happy nonetheless. On Friday, there was a meeting to introduce the new long-term building manager to tenants.

“It’s nice to know that at least they heard us, and responded,” says Gray. “I’m hesitantly hopeful about the new manager. I’ll wait and see what happens. And either way I’m going to keep working. The goal was to never just affect this one change. The goal is to make things better for every tenant.”