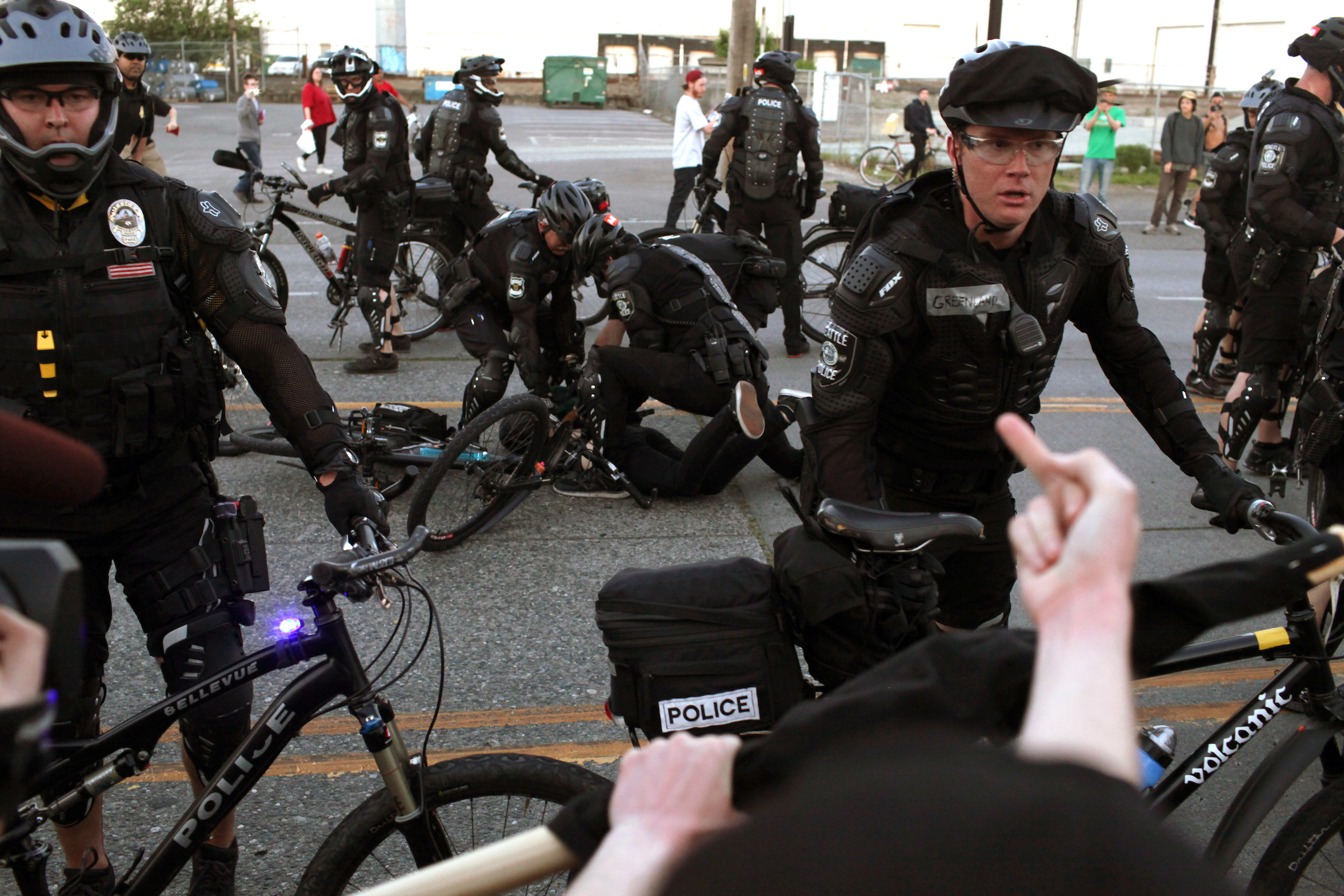 Even as misdemeanor arrests have dropped precipitously in Seattle since 2008, Black and Indigenous people continue to make up a disproportionate number of the total population arrested and charged.

The findings are part of an extended look at misdemeanor trends in Seattle, one of seven cities that participated in the Research Network on Misdemeanor Justice, a New York-based effort “to understand the criminal justice response to lower-level offenses, from arrest to disposition,” according to its website. The network is funded by the Laura and John Arnold Foundation, Atlantic Philanthropies and the New York City Mayor’s Office of Criminal Justice.

Speaking at Seattle University Thursday, Preeti Chauhan, associate professor at John Jay College and lead faculty researcher on the Misdemeanor Justice Project, said that while significant research has been done on felonies, it’s misdemeanors that could provide a better window into relationships between community and law enforcement. Especially in the post-Ferguson era, she said, lower level offenses “really may be the basis for police-community relationships and we need to understand this trend a little more.”

The local research was conducted by Crime & Justice Research Center at Seattle University's Department of Criminal Justice. This is the second year of a three-year grant for the team, comprised of researchers Jacqueline B. Helfgott, William S. Parkin, Christopher Fisher, Lauren Morgan and Simran Kaur.

Understanding misdemeanor trends is especially important as communities like Seattle seek to reform their criminal justice systems, say the authors. “Despite the lower level nature of misdemeanor offenses, the negative impact on individuals arrested for misdemeanor offenses can be far-reaching, leading to job insecurity, housing difficulties, loss of loans, and even deportation, ending in forms of punishment more taxing than any criminal penalty,” they write.

If the goal is to reduce the community impact of misdemeanor prosecutions, the broad numbers in Seattle are positive. The researchers found that, after a peak of 3,000 misdemeanor arrests per 100,000 people in 2009, that number fell every year, down to 2,000 in 2016. Dr Jacqueline Helfgott said that finding mirrored a similar trend in New York.

Felonies also fell in that same time period, although not as dramatically.

The report’s authors credit both the legalization of marijuana and a shift in mindset around misdemeanors for the overall decline. “In Seattle, changes in laws and cultural sentiment regarding marijuana, low-level driving while license suspended, homelessness and panhandling, and the recognition of the role of mental illness and race in entry into the criminal justice system are underlying factors in the changes of misdemeanor trends,” they write.

Specifically, the authors point to local efforts that are the “antithesis to zero tolerance policing,” including the city’s Micro Community Policing Plans, which try to take neighborhood conditions and needs into account; mandated crisis intervention training for officers; and the Law Enforcement Assisted Diversion program, which promotes pre-arrest diversion for low-level offenses.

Significantly, since Washington state voted to legalize marijuana in 2012, marijuana-related misdemeanors across the state all but disappeared and total arrests for drug related offenses fell by 17 percent. The ripples are reflected in the data for Seattle.

And yet, for all the downward trending lines, racial disparities have remained nearly unchanged year over year. Arrests of Black people ticked down only some, from 36.9 percent of the total in 2008 to 31 percent in 2016. Yet, Seattle’s overall Black population is just 7 percent of the total, according the U.S. Census Bureau. So the arrest rate is more than four times the Black share of Seattle’s population.

Similarly, while misdemeanor arrests of Indigenous people ticked down from from 4.2 percent in 2008 to 3.3 percent in 2016, that number is still more than five times the share of the Seattle population. The total Indigenous population is just 0.6 percent of Seattle’s overall population.

In 2016, White people made up 59.6 percent of arrests and Asian people were 6.1 percent, both moderate increases from 2008. Those are roughly in line with their overall shares of the population.

The largest categories of charged misdemeanor crimes held mostly steady throughout the study period — person, property and driving related offenses made up the bulk of the arrests.

In other areas, there were notable changes each year. Drug charges shrunk significantly, from about 50 arrests per 100,000 people to fewer than 10. Prostitution charges dropped similarly in the same period.

Researchers estimated that around 5.4 percent of the arrests were likely made up of people going through a behavioral health crisis.

The report also broke down each precinct by neighborhood. It found that the most arrests occurred in Capitol Hill, Chinatown/International District, Northgate, North Beacon Hill, Roxhill and Downtown.

The data was dug up with the full cooperation of both the Seattle Police Department and the City Attorney’s Office. “Those who know me … know that I’m not shy about making changes in the way we do things,” said City Attorney Pete Holmes Thursday. “To the extent possible we need to rely on data, good data.”

Christopher Fisher, executive director of strategy for the Seattle Police Department, said the data would do what the department sometimes could not. “We have a really awesome and robust data analytics team, but it’s not huge,” he said. While leadership often focuses on “conversations at a high level … we sometimes might not get down into the level of the trends we see here.”

Going forward, the researchers say they want to focus more on who makes up misdemeanor arrests, perceptions of crime and what happens to people after they’re arrested for a misdemeanor.

The report’s authors wrote, "We hope that these analyses will contribute to continued discussion and examination of the role of governmental and community agencies in responding to misdemeanor criminal behavior and the community context in which these crimes are committed and the ways in which we respond to these crimes and the individuals who commit them."