This Oregon hut trip can turn anyone into a backcountry skier 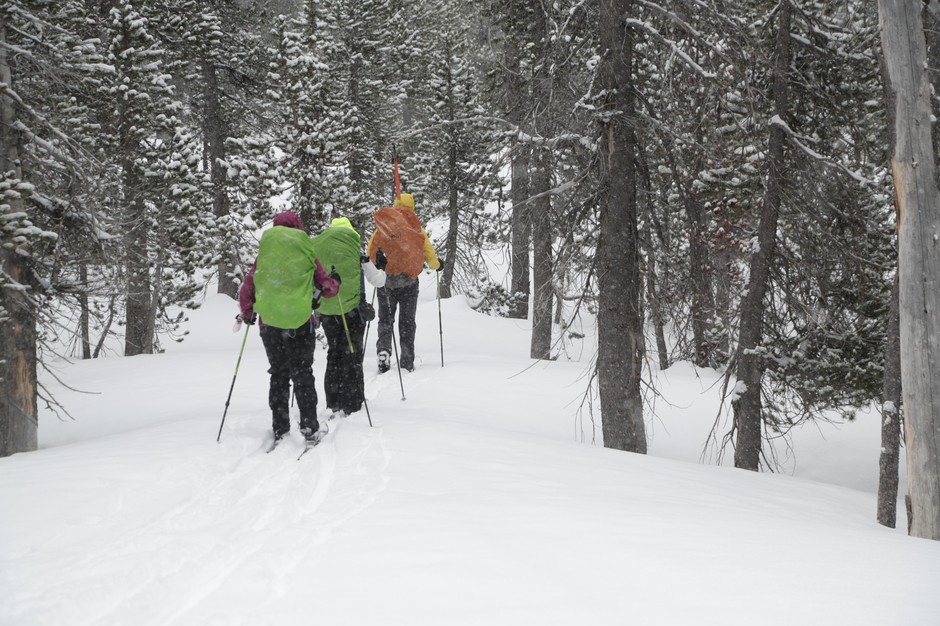 Skiing deep into the forest for a three-day hut-to-hut adventure. (Photo courtesy of OPB)

Good ideas seem less like good ideas when a short winter day is quickly getting dark, snow is falling harder, and the trail ahead is marked only by small yellow ribbons dangling from distant pines.

Carla Danley had fallen several times. At 7,000 feet, the elevation was making it hard for her to breathe. And after cross-country skiing for more than five hours, her legs, she said, were “spaghetti.”

Danley had forged her life in the outdoors, but she was beginning to wonder if she’d taken on more than she was prepared for.

The snow began to fall. Hard. Wind whistled through the pines. She wondered how many more miles until the warm of the ski hut.

Each sore glide-step forward pushed her deeper into the snowy backcountry — a place she’d sought out to experience, but was beginning to wonder: Is this somewhere I belong?

No Such Thing As Bad Weather

Danley is no stranger to cold. But her relationship to cold and the outdoors has been long and layered — individual to her, but undeniably influenced by her race.

“There are many people in the African-American community that are leery of being somewhere where they’re going to be cold; that’s not an appealing thing to them,” Danley explained. But she has adopted a favorite saying of her former sailing instructor: “There’s no such thing as bad weather, only bad gear.”

Danley grew up in Michigan, “raised by Floridian parents who had no clue about snow and cold and how to prepare your children for that.”

So as an adult, Danley took it upon herself to seek out cold-weather adventures. When she lived in New York, she signed up for a winter hike with the Appalachian Mountain Club.

“There was one other woman about my age and everybody else on the hike were guys ranging in age from 67 to 88,” she recalled. “And it’s February, it’s super icy, and they had their crampons — we didn’t know what they were — and they’re like running up and down the hill like mountain goats. That was really a foundational experience for me. And I was like, ‘I want to be like that when I grow up!’”

When life landed her in Portland, Danley signed up for a snowshoe trip with the African-American Outdoor Association. The organization provided all the gear for the trek and transportation to the Mazama Lodge on Mount Hood. “And I was like, ‘Oh, this is a nice place. So how do you become a Mazama?’” Danley said.

It was this “all in” spirit that led Danley to walk into the Mountain Shop and announce that she needed skis because she decided she’d take up cross-country skiing.

“And someone said to me, ‘There are these huts down by Sisters that you can do multi-day ski trips in the backcountry.’” she said. “And I thought, ‘Well, I don’t really have a lotta skiing experience, but it just sounded really fun!’”

Now, she found herself falling under the weight of her backpack, face-first into snow.

The Only Way Through

A hut-to-hut ski vacation had seemed like a good idea. The concept was simple enough: ski for three days, stopping at night in small, hand-built, rustic backcountry huts.

When she learned of them, she immediately put out the call to her friends. Michelle DePass and Sam Baraso enthusiastically said yes.

That first morning of their adventure, they pulled into Three Creeks Sno-park near Sisters, Oregon.

They met Jonas Tarlen, one of founders and operators of Three Sisters Backcountry. He runs the company with his wife, Anna. They built and designed the huts to make skiing multiple days into the backcountry more accessible, safer and more fun.

Tarlen gave them maps and a quick briefing of what to expect, then sent them off in a shuttle van. They were driven south to the Dutchman Flats Sno-park, at the base of Mount Bachelor, and dropped off.

The only way back to the comfort and safety of their car: make their way north for 22 miles. So they set off.

The trail began like most: The tracks of other skiers had pressed a relatively smooth channel to follow. The snow stretched out in a wide open plane. In the distance, they could hear the low rumble of the highway, pierced occasionally by the high pitch of snowmobiles.

Soon enough, while the day-use trail looped back toward the parking lot, their route continued into the dense forest. Here, there were no tracks to follow, only the small ribbons dangling from pine boughs that Jonas and Anna had hung.

Here, the trail began to climb. And climb.

They could no longer hear traffic. They could only hear their own heavy breathing and the constant squeak of ski bindings.

By the last light of the day, as the snow fell harder, Danley, DePass and Baraso had skied nearly 8 miles. Uphill.

They knew the hut was near, but had no idea when it’d appear. They pulled out headlamps. They could watch their breath rising.

DePass and Baraso had also begun slipping and falling. Like Danley, both were beginning skiers.

DePass glanced at her watch. “Whoa, I’m getting tired!” she confessed.

Baraso laughed and then slipped as he tried to plant a ski pole: “I think I might be getting to that same point.”

“Yeah, I’ve been that way for three hours!”

As the last light turned gray, Danley called out, “I see a building! We’re not going to sleep in the snow tonight!”

Tucked in a pocket of pines, made of wood and steel, the ski hut blended with the shadowy forest.

Inside, a gas lantern quickly cast back the dark. A fire in the wood stove crackled. And soon, pasta sauce bubbled on a propane burner.

The team pried stiff ski boots from sore feet. They peeled off damp jackets. They laughed. The parking lot, their car, and most importantly, work in the city, seemed far more than dark miles away. They were in the backcountry. Completely. A full day’s ski back — two more days forward.

Being deep in Deschutes National Forest was both foreign to Baraso and familiar. He grew up in the suburbs of Atlanta, the child of Ethiopian immigrants.

“I feel my soul rests in more quiet places,” he explained. “And this even takes me to a place more quiet than I’ve ever known.”

DePass grew up in Oregon. A single mother of two teens, getting out was a welcome retreat. She’s known Danley about nine years, and Baraso was a newer friend.

“Getting outside in these kind of places is a privilege,” Baraso said. “Whether you’re a recent immigrant from Africa or whether you’d been here for a long time, as a person of color these opportunities aren’t always there. I know a lot of black folks that for them, there’s a history that they’ve left being on the land, you know, a long time ago. And so to be able to find these opportunities to reconnect and get out here and plug back into this just opens us up.”

“People of my parents’ generation in the black community, there was some safety issues with being out in the backcountry,” Danley added. “So it’s not something we grew up doing as children.”

But now they were here. Together.

Heaps of spaghetti steamed on plates. They cracked open beers and toast each other: for the miles traveled, for the blisters, for the camaraderie, for the unknown ahead, the sweeping views of snow-capped Cascades, for more falling down and helping each other back up.

And for simply saying yes. 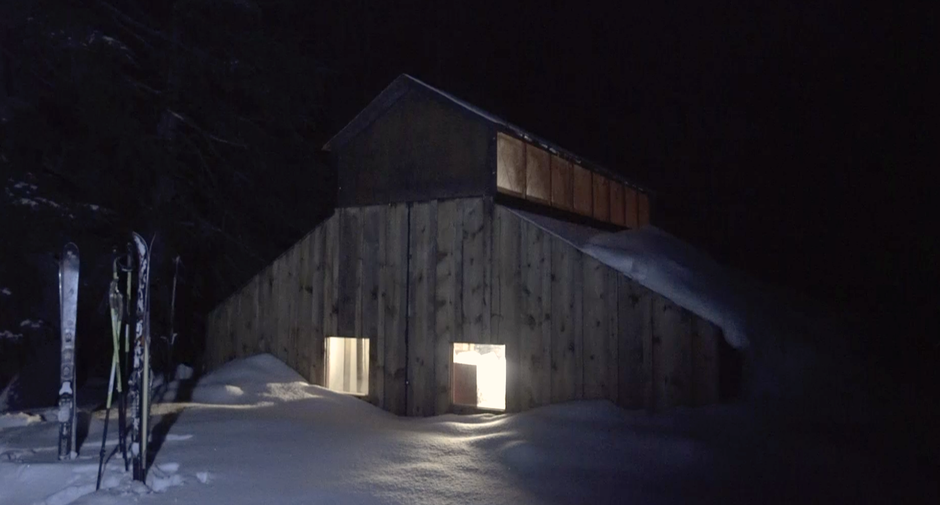 The rustic huts offer a warm respite on a cold winter night.

The rustic huts offer a warm respite on a cold winter night. 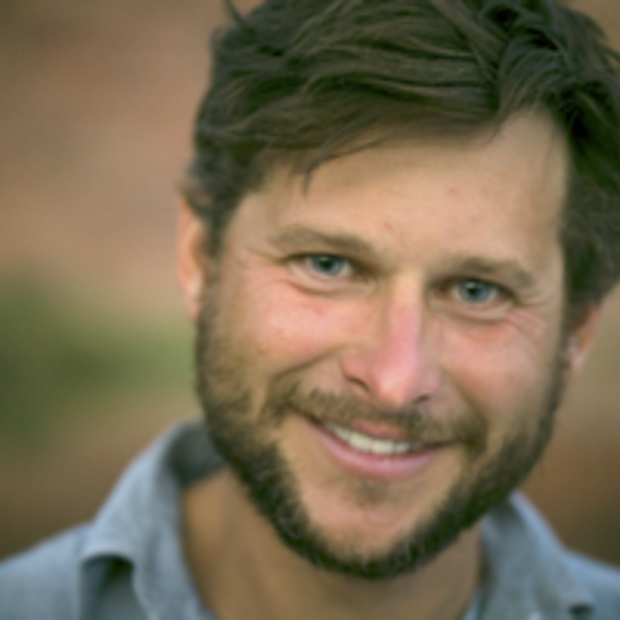