At a rally, the Seattle council member unveiled three proposals to raise $48 million for public housing in next year’s budget. 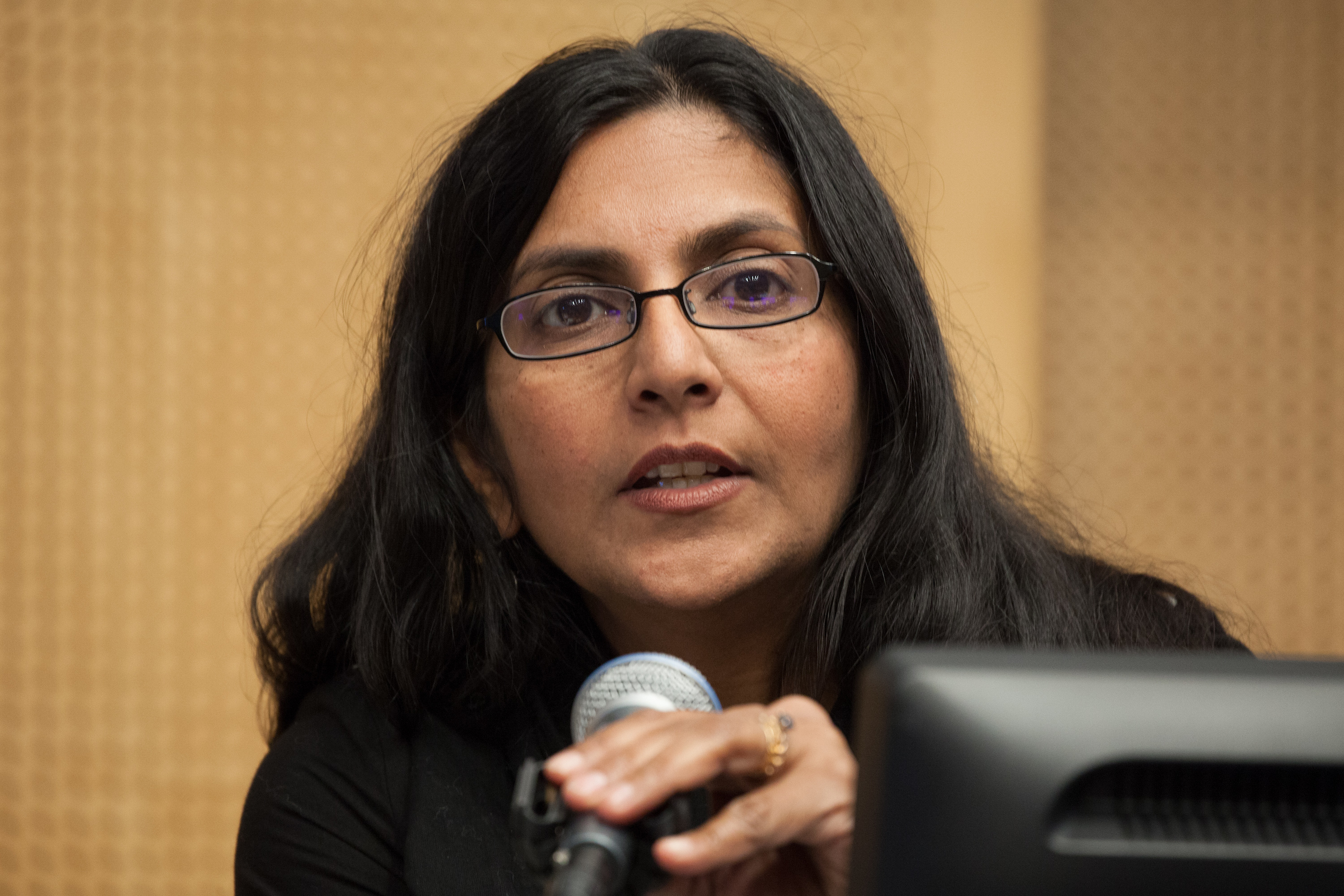 Absent any meaningful alternative following the Seattle City Council’s swift repeal of a tax on large businesses last summer, socialist Councilmember Kshama Sawant is proposing three options to raise $48 million for public housing in next year’s budget, including reviving the controversial tax, as well as a slow-down in police hiring and cuts to the number of executive positions in the city.

The proposals are aggressive and unlikely to pass in their entirety, if at all. But the ideas could serve as a rallying point for her supporters — who often turn out in great numbers to city hall meetings — to pressure other council members into charting a path forward after the death of the so-called head tax, which would have been levied on businesses with gross receipts over $20 million.

The council passed that tax last spring, estimating that it would raise more than $20 million a year for housing and homelessness services. But it was repealed just a month later after opponents gathered enough signatures to force a ballot vote and polling looked unfavorable.

Sawant and Councilmember Teresa Mosqueda were the only two to oppose the repeal.

In her proposed amendment, Sawant decries the lack of action and proposes, as one potential funding source, reviving the head tax, but large enough to raise $48 million. But its revival is unlikely. Bagshaw, who voted both to enact the tax and then to repeal it a month later, said that while she believed the council needed more money, “It’s got to be something that’s better than the way we did it last year,” referring to the business tax.

Sawant is also proposing aggressive cuts to pay for more housing and doing so in a way that hues closely to her agenda: cut all funding associated with encampment evictions, slow police officer hiring “because funding affordable housing will help reduce crime more,” and cut new computers in police vehicles. She’s also proposing the city reduce the number of executives who work for the city “because everyone has too many bosses” and capping their salary at $150,000 (many earn well over $200,000).

Sawant also takes a personal jab at her colleagues and the mayor, proposing reducing their salaries from over $120,000 to $70,000 a year.

Her third proposal is more of an addendum to her first two: take out $480 million in bonds for housing, to be repaid via either the head tax or cuts.

The size of Sawant's proposal stands in stark contrast to other recent ideas to fund homelessness floated from city leaders.

Mayor Durkan’s proposed budget, delivered to the council last month, permanently locks in previous onetime spending on shelters, adding 500 city-sponsored beds for those living on the streets. But it does not contain any spending on housing that comes close to matching the revenue that would have been raised from the business tax. So far, the only other significant addition is a proposed amendment from Councilmember Mosqueda to construct a $3 million tent that would contain between 75 and 100 beds.

Speaking last month, after Mayor Jenny Durkan unveiled her budget, Councilmember Sally Bagshaw did not rule out eventually going to voters to ask for money. With a Washington State Legislature fully controlled by Democrats and a favorable landscape for the party to pick up more seats this November, there’s also a bit more hope that the state could dedicate more resources to bolster the city's efforts.

Many council members have stressed collaboration with regional partners as a source of potential solutions, but the most substantive effort, King County’s One Table workgroup, ended unceremoniously in August with a list of recommendations.

Speaking in City Hall Wednesday, Sawant addressed her colleagues and the mayor. “When you repealed the Amazon tax, you said you were going to have a plan b,” she said. “It’s been months later and we haven’t seen a plan b. Moreover, we’re seeing a proposed budget where less than 1 percent of the total budget has been allocated for affordable housing. This is not a serious approach to dealing with the biggest crisis that all the working people in Seattle are facing.”

She left the door open to other proposals. “If you have other ideas for raising progressive revenues and using it to fund social housing that is publicly available — permanent affordable housing — I am happy to sign onto it,” she said. “I welcome those ideas. What we don’t accept as a movement is inaction on this crisis.”

For Sawant’s proposals to move forward, she needs support from two other council members. The council will vote on the mayor’s proposed $5.9 billion budget in late November. It must be a balanced budget, meaning new spending must come either via cuts or new revenue.