Debra Smith wins over skeptics, inherits the $1.4B department and all its troubles. 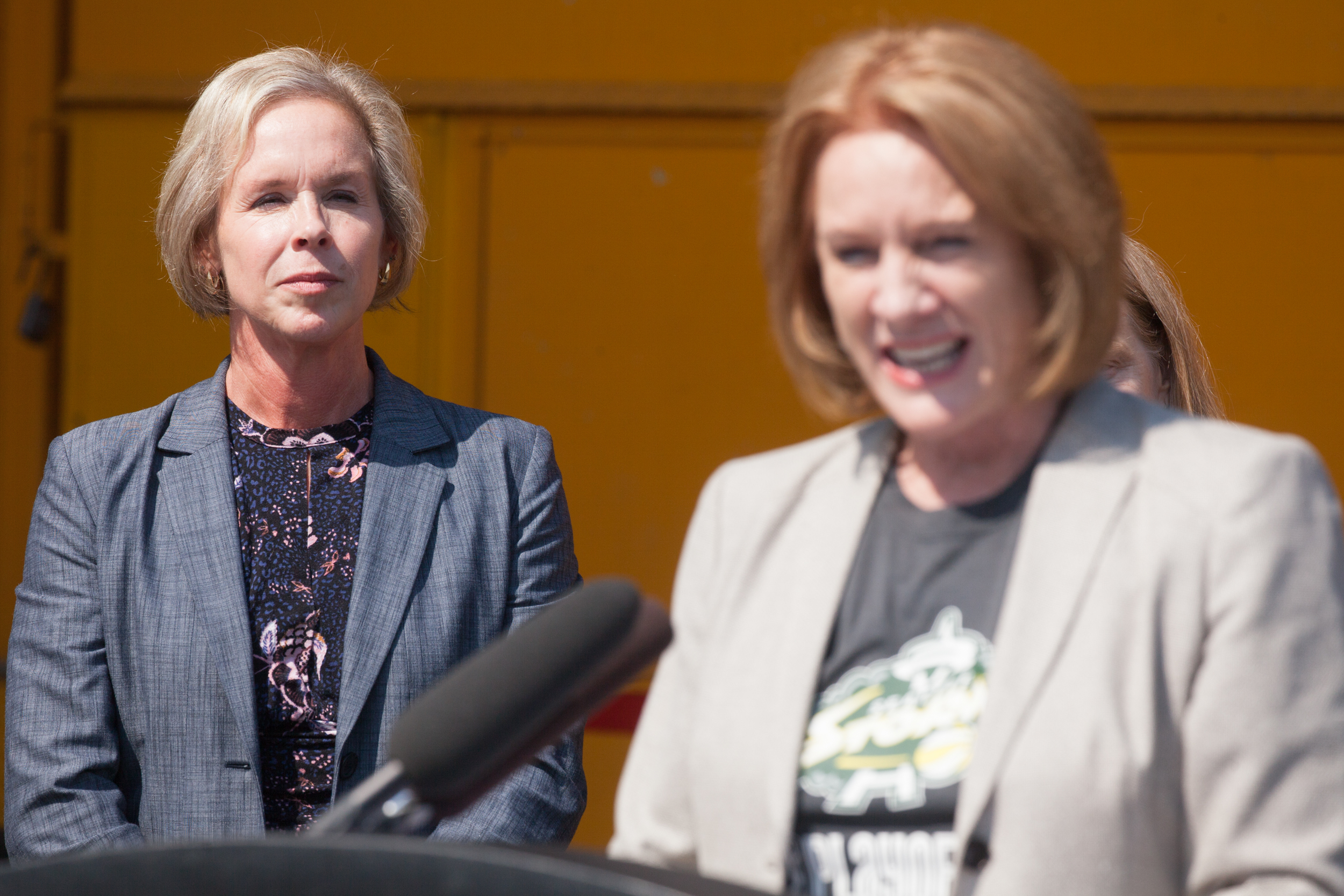 Mayor Jenny Durkan announces Debra Smith as her nominee to be the new CEO and General Manager of Seattle City Light at the Seattle City Light South Service Center in SoDo, Aug. 28, 2018. Smith was appointed by the city council Monday. (Photo by Matt M. McKnight/Crosscut)

Seattle’s most expensive department got a new leader Monday as Debra Smith was approved as the CEO and General Manager of Seattle City Light.

In a unanimous, 9-0 vote, the Seattle City Council approved Mayor Jenny Durkan’s pick. Smith will be the first permanent director of the department in nearly a year, replacing interim CEO Jim Baggs, who took over after Larry Weis was let go last fall. Like Weis, Smith will earn $340,000 a year, making her the highest-paid employee in the City of Seattle.

She inherits a public utility with a budget of $1.4 billion — about a quarter of the city’s entire budget — and more than 1,800 employees.

In addition to a large staff and pool of money, Smith also inherits a department groaning under the pressures of a booming city. The utility has struggled mightily over the last two years with a litany of billing issues, mostly stemming from the bumpy rollout of a new, more automated system. Capital projects, including the department’s new network of “smart meters,” have run over budget. And the workforce has struggled as the department attempts to transfer accounts and get new construction on the grid.

Internally, the department has been ground zero for city employee complaints of harassment and sexism. An inter-departmental group of workers calling itself the Seattle Silence Breakers — which meets to share experiences of harassment and plan advocacy actions — got off the ground in late 2017 thanks in large part to City Light employees.

In its vote Monday, the council gave an enthusiastic endorsement of Smith as someone well-equipped to handle the problems facing the utility. It was a marked contrast from the hesitance of some council members when appointing her predecessor.

“She is ready, she is capable, she is eager to tackle these issues,” said Councilmember Teresa Mosqueda, who oversees Seattle City Light in her council committee.

And within the department, some employees expressed cautious optimism. In messages to Crosscut, several used the word “hopeful.”

Smith comes to Seattle by way of the Oregon Coast, where she served as the CEO/General Manager of the Central Lincoln People's Utility District since 2013. Before that, she worked in the Eugene Water and Electrical Board, dating back to 1996.

City Light is more than 10 times the size of the coastal utility that Smith led. But Keith Tymchuck, vice president of the board of directors for the Central Lincoln PUD, said there was nothing to be concerned about Smith taking on the task. "She’s an exceptional leader," he told Crosscut in August. "I’m not sure I’ve ever been involved with someone who has the capacity to see the broad picture, including the next steps to get to where we want to go, but also to solve the narrow picture of what this organization needs today."

Smith’s confirmation process was intense, but unfolded relatively smoothly — she thoroughly answered a list of 34 questions posed to her by council members, pledging to take head on issues of customer service and workplace issues.

Environmentalists did raise some concern as she made her way toward confirmation. Smith was once on the board of Northwest River Partners, a group that supported a bill to restrict any changes to hydroelectric dams on the Snake and Columbia rivers. Momentum has been building around removal of dams to restore salmon habitat and the bill would have made that more difficult.

In the end, though, Smith won over her skeptics, in part because of her willingness to meet with them and her pledges that she is open to dam removal. “Initially I had some concerns with the nominee with regard to salmon recovery,” said Thomas O’Keefe, Pacific Northwest Stewardship Director at American Whitewater. But, he said, Smith took the time to meet with them and calm their worries. “I want to express my appreciation for the nominee for the time she’s taken to engage with salmon advocates…. I have confidence she’ll be a great leader for Seattle City Light.”

Councilmember Mike O’Brien said he’s “come around from being skeptical to be being very excited to where we are.”

“The collaborative nature and your openness to explain your positions in the past and where you want to go forward and transparency about that gives me a lot of hope and excitement,” he said later.

Little was made of Smith's high pay, except to note that she was no longer eligible for a performance bonus as past CEOs have been. Councilmember Kshama Sawant's silence was especially notable as she's taken issue with the high salary in the past.

Smith said she had heard the issues with the utility, acknowledging they were real. But she also said there were things to celebrate as well. “As someone who lives in the region and hears about Seattle City Light elsewhere, it’s a great utility,” she said. "Remember that.”