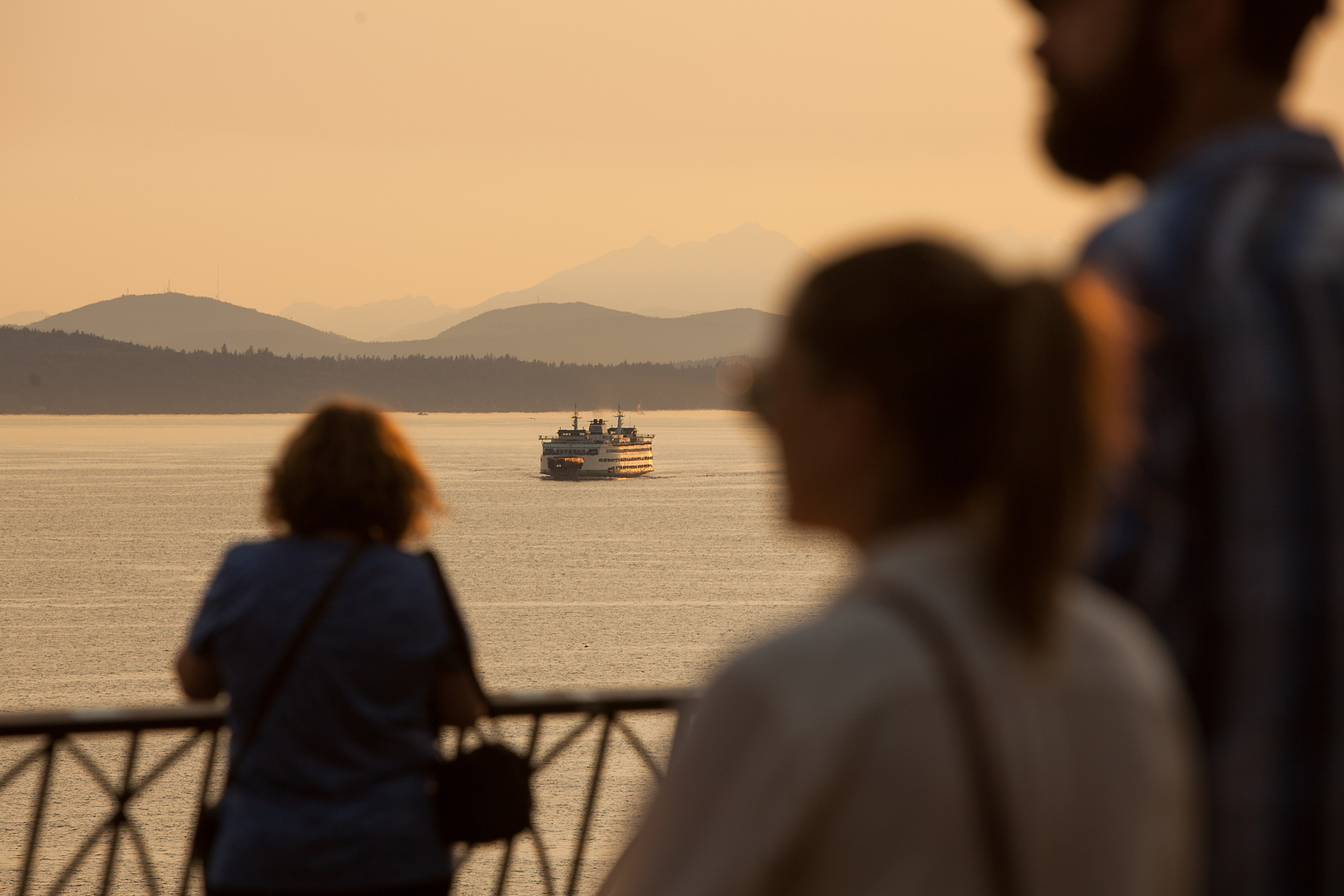 I’ve been thinking about a few Seattle traditional behaviors, some of which need reinforcing, but others that I’ve grown less sure about. If you’re new to Seattle, this might seem like joining in the middle of a conversation, but at least it’ll give you an idea of what serves as ponder fodder for us mossbacks. Here’s my short list of musings:

I don’t know why so many boaters want to play chicken with a Washington state ferry, but summer seems to bring out a plethora of nautical numbskulls who want to dodge or passively float in front of these massive boats, assuming perhaps that they can stop or turn on a dime. Credit goes to the captains, who generally avoid such collisions. With some 400 ferry landings per day systemwide, says Washington State Ferries spokesman Ian Sterling, it is amazing that there aren’t more accidents.

Still, they do happen — such as the incident a couple years back when a pleasure boat collided with a ferry. The boat’s captain had put his craft on automatic pilot and repaired below deck. Disappearing while cruising in ferry country: not a good idea.

The ferry captain blasted his whistle, but also failed to slow his boat in time, so both pilots were found at fault, though little damage was done. But I wish ferryboat captains would use their whistles—which sound more like horn blasts — more than they do. It’s an appropriate noise for our seaside city.

In fact, Puget Sound used to be a nautically noisier place. Sterling says old ferry captains had unique whistle blasts for landing, an audio signature to let people know who the captains were, like walk-up music in baseball games.

The blast of a ferry whistle used to provide great entertainment for locals as it often caused tourists to jump out of their hides. These days, though, the waterfront folks complain if they hear too many ship whistles or foghorn sounds. And we call ourselves a port city.

I have zero sympathy for those complainers. People who moan about ship noise in a maritime community are like those who move to Snohomish and then complain that it smells like cow manure. I’d like more blasting of whistles — frightening the newbies, asserting a ferry’s might and right, protecting boaters from themselves. We’re a city on the sea. Let’s sound like it!

Much ink has been spilled on this subject. Does the Seattle Freeze exist? If so, why? I recently got an email from a reader very disappointed that I was a Seattle Freezer myself. I have tried to be honest about this: I am a friendly guy, but not a very social one. My Scandi-Scottish blood runs a tad cold. I’ve used the breakup defense: It’s not you, it’s me! And that’s mostly true. But I have thought I ought to try to thaw a little bit.

I was especially moved after hearing some people of color attribute the freeze to Seattle’s racism. They saw the Freeze as the social equivalent of redlining. Of all the discussions of the phenomenon, this was the one that stopped me, well, cold. I have always thought of myself as an equal-opportunity jerk who’s self-protective of his privacy and need for solitude. But now I must try and see it from another perspective — that pushing away social bonds can have unintended consequences. It never occurred to me it could be an act of white privilege. Discuss.

Speaking of freeze, the subject of air conditioning comes up more frequently as Seattle warms and folks move in from areas where air conditioning is a must. During my Seattle upbringing, I was taught that air conditioning was essentially immoral — a sign of weakness, of spending money unnecessarily or destroying the planet. My mother’s idols? The Spartans, who “enjoyed” a no-frills existence.

This was in the era of single-family homes through which it was relatively easy to get a cross breeze, and there was no real objection to bringing out an old-fashioned electric fan once or twice a year in the summer in desperate circumstances. Better yet, take a shower and go to bed wet.

But times are different. We’re a tad warmer. More folk live in apartments, where cross breezes aren’t always possible. Air conditioning is now standard with cars, so you get it whether you want it or not. More and more people want — or demand — air conditioning in their homes.

Given the new Seattle, I’ve warmed up to air conditioning a little. Personally, I still follow the standard “if it’s warm, open a window,” and “if it’s cold, dress in layers” rules. But I’m going to try to be less judgmental about how others choose to cool themselves.

In debates over umbrella use — and rainy Seattle has them — I note a gender divide. Men don’t need to be as perfectly coiffed as professional women, for example. Those women must pay attention to their makeup, hair, fashionable clothes, etc. Seattle men can more often get away with hoodies and North Face parkas in the workplace. So, my anti-umbrella bias is admittedly a male one in the sense that I can schlep around town in flannel with a soggy beard and no one cares. I still don’t like bumbershoots, especially the way many people wield them in our increasingly chaotic pedestrian corridors. But use if you must. I am trying to be more broad-minded.

You see, even mossbacks can evolve.

This article first appeared in slightly different form in the September 2018 issue of Seattle Magazine.