She's 29, Latina and running for office — as a Republican 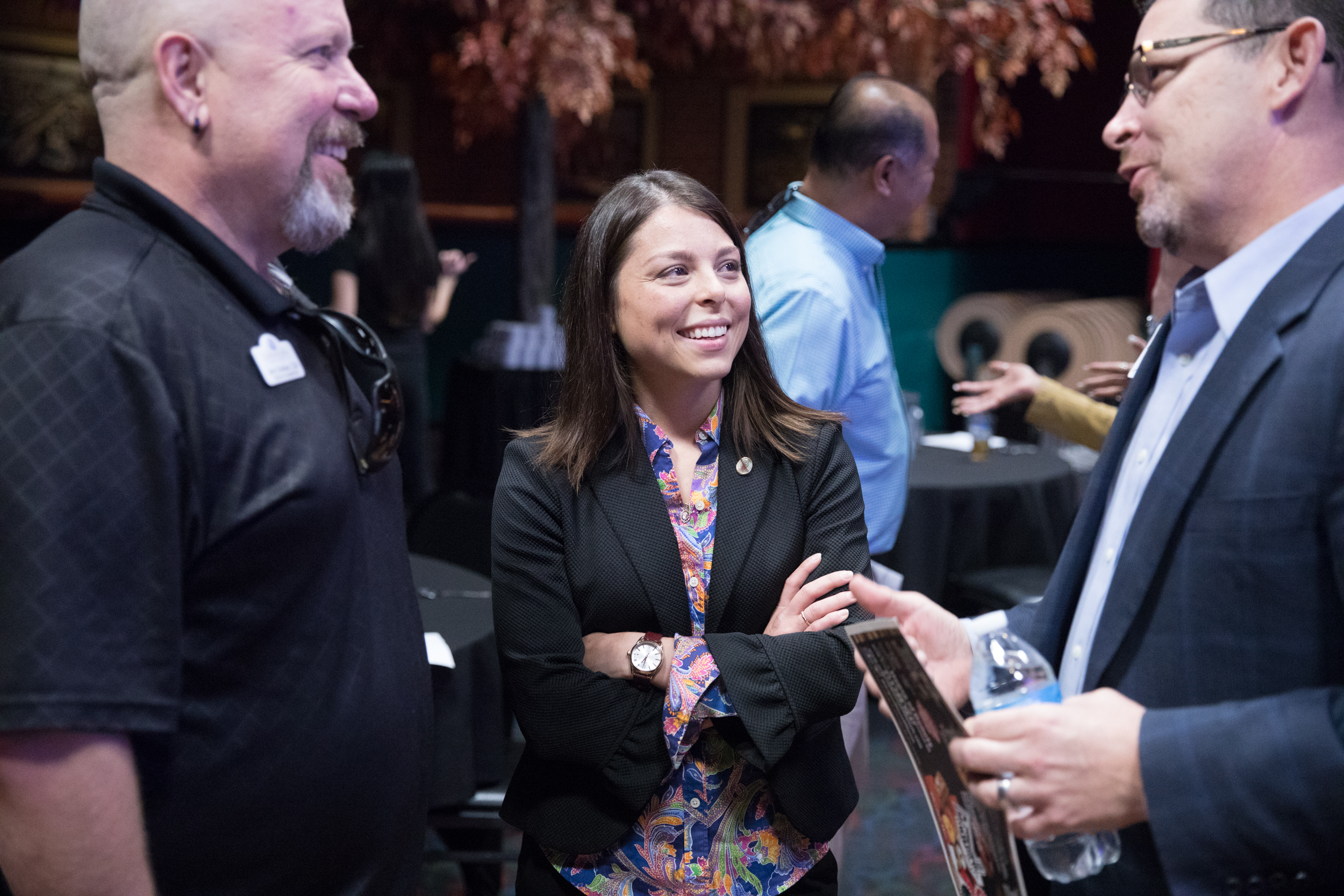 This is a version of Crosscut’s election newsletter. Sign up here!

It was the 2013 Latino Legislative Day when Maia Espinoza decided she had had enough.

An annual event in Olympia, thousands of Latinos show up to the state Capitol to talk about issues impacting their communities. Washington Gov. Jay Inslee was giving a speech and what Espinoza remembers hearing was this: “I’m told that the Latino community of Washington’s number one concern is climate change, and they should be concerned because they work in agriculture.”

“I found that mortally offensive,” Espinoza said. “One, to insinuate we’re all farmworkers and two, to place your agenda on us. I’m no climate denier, but I thought it was outrageously inappropriate.”

She says she looked around the room to gauge the reaction. She saw a lot of discomfort. It was then she realized she needed to offer a different perspective.

I think Republicans are generally prideful that they do not use identity politics, and to their detriment right now.”
— Maia Espinoza

So, in 2014, she founded the Center for Latino Leadership to promote and provide an avenue for Latino voices that aren’t heard or represented in Olympia. It has grown to more than 250 members statewide and holds meetings throughout Washington. Its stated mission is to connect leaders and empower communities.

When Espinoza decided to run for office herself, she approached a Latino organization whose sole purpose is to elect Latino leaders in Washington state. She wanted to find out if they would endorse her as a Republican, but was told not to waste her time. Espinoza realized there was no Republican alternative to support Latino candidates.

Her Latino leadership center doesn’t have a political agenda or philosophy, “but I joke that it is a safe place for conservative Latinos,” she said.

Espinoza herself is 29, Latina and running for Washington state representative in the 28th Legislative District — as a Republican.

And she is tired of it being such a surprise to many Democrats.

“I had one woman in University Place tell me, ‘How dare you run as a Republican as a Latino woman yourself?’” Espinoza said. “My response was, ‘Sorry? I’m not sure what that means, but it’s a little degrading for you to put me in this box to think a certain way, vote a certain way.’”

“It reiterates the ignorance of the left toward minority Republicans existing. They have this ‘It’s not right’ [attitude]. And a lot of assumptions. I’ve gotten better at combatting those assumptions, but I don’t think I’m going to change anybody’s mind, not in that demographic.”

So instead she is working in her district — which is in Pierce County, mostly south of Tacoma — to target and potentially convert Democrats of color, with whom she has an easier time conversing. While she does get push-back due to President Donald Trump’s controversial immigration policies, she says the criticisms tend to be warranted.

“These other assumptions, that just by demographic I’m prescribed one political party, are asinine to me,” Espinoza said.

In the November general election, she is running against Democratic incumbent Christine Kilduff. In the primary, she trailed Kilduff by 17 percent. 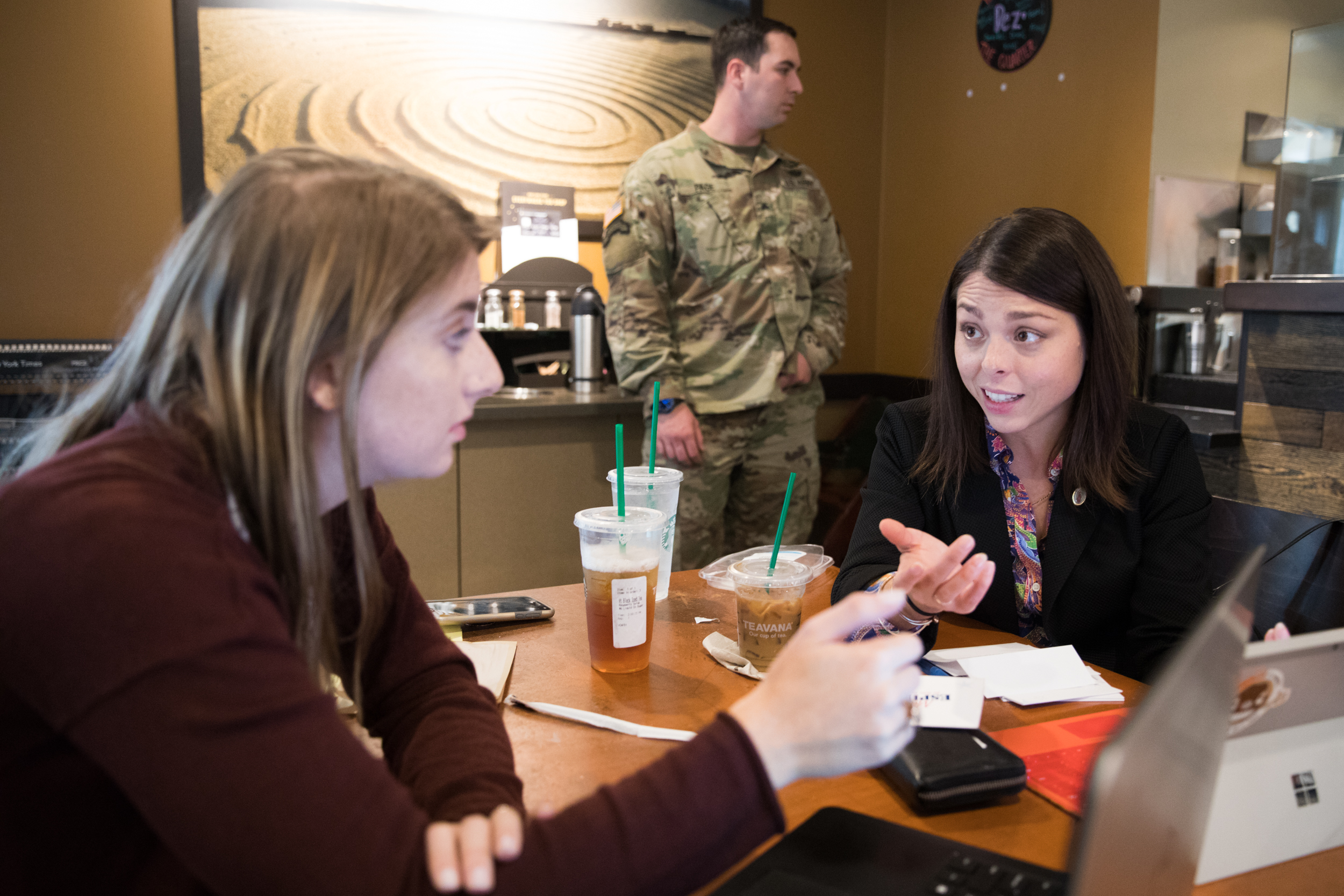 Raised by two military parents, Espinoza moved to the Joint Base Lewis-McChord area in middle school. Her parents were reassigned to Japan when she was a senior in high school, but she decided to stay and set down roots in Washington state. She currently lives in Lakewood with her husband and two children.

Her mother being a Mexican-American and father a Peruvian immigrant, she became intrigued early on by Washington state’s Hispanic culture and what of it was being represented in Olympia. She worked on the Senate Majority Coalition Caucus Communications team and was recruited by the Governor’s Commission on Hispanic Affairs as a legislative liaison in 2016.

“I was severely disappointed and to some extent disgusted at the way the Latino community of Washington is used in Olympia as a political tool,” Espinoza said.

As for Inslee’s 2013 discussion of climate change that galvanized Espinoza, a spokesperson for the governor said no one there remembers the statement Espinoza recalls but didn’t deny that Inslee might have said it. The spokesperson added in an email, “Throughout his administration, the governor has worked to ensure that the issues of all communities are addressed, and we recognize that health care, education, transportation and climate change impact all Washingtonians.”

Hispanics are the largest ethnic group behind whites, making up about 12 percent of Washington state’s population. They're also one of the fastest growing. Washington’s 334,000 Hispanic eligible voters constitute the 12th largest group of Hispanic voters among the states.

Latino registered voters have historically leaned toward the Democratic Party and in a recent NALEO/Latino Decisions poll, 68 percent of Latino voters said they would vote Democratic in the upcoming congressional elections, compared to just 22 percent voting Republican.

“I think Republicans are generally prideful that they do not use identity politics, and [that's] to their detriment right now,” Espinoza said. “I think a lot of people are looking for that and I think there is an expectation of compensating for the statistical fact that there are more middle-aged men that are Republican than Democrats. The [Democratic Party] is much more visibly diverse and makes a conscious effort to promote diversity."

Both the Washington state Senate and House Republican caucuses said none of their current members has publicly identified themselves as Hispanic/Latino or a person of color. Rep. Jaime Herrera Beutler is the only Republican Latino from Washington serving in Congress. The three Latino members of the state House of Representatives are Democrats.

Espinoza said she realized how much Republicans needed her voice in their caucus when she was given the task as a legislative liaison to help Republican lawmakers understand why people were concerned the Real ID Act was discriminatory. In the beginning, she says the whole conversation was offensive, with many legislators wondering what to do about the “illegals.”

She had to get tough and tell some of them that their focus should be more on the state of Washington, which relies on undocumented Latinos for an agricultural workforce, rather than on federal immigration policy.

“I think that you still don’t have people who understand their own bias or insensitivities, and if they’ve never lived that or reached out to people themselves to try to learn that, then they won’t. They won’t understand it,” Espinoza said. “Republicans have to have those perspectives to better understand it. It’s not just a cultural competency training — they really need people.”

Republican consultant Alex Hays says there has been a GOP interest in galvanizing the Latino electorate for years, and the party has seen success in electing Latino candidates around the state, but not in Western Washington.

“There has been a persistent and sincere outreach effort, but it does not meet with substantial success,” Hays said. “I think we’ll discover that the Hispanic community has more of a value overlap with the Republican Party than the Democratic Party so I would expect that it is a population that will eventually divide itself between Republicans and Democrats.”

Hays said, “I think that in terms of job creation, small businesses, family values, these are all things that draw Hispanic people towards Republicans, some of the tension on immigration policy would maybe drive them away from Republicans. But in our state, Republicans have always been pretty reasonable on that topic.”

Of the Latino Republican candidates who have run in the past who Espinoza has spoken to, many told her they didn’t feel supported by the party dollar-wise. This year, according to PDC filings, the House Republican Organizational Committee has given Espinoza $30,000 and the Washington State Republican Party pitched in more than $28,000 to her campaign.

She says that while they’ve gone out of their way to support her campaign, it’s important to acknowledge that she is looking to flip a seat in a purple district, a party priority. “It’s not necessarily that they are saying, ‘Wow, we have this fantastic Latino candidate we need to be backing,’” Espinoza said.

And a big part of that, according to Hays, goes back to the Republican brain and how it works ideologically.

“Republicans are hesitant to self-identify themselves as a hyphenated American," Hays said. "It's not one rule that applies to everyone, but is a tendency I notice."

Espinoza has been called a “unicorn” by some Republicans. Her response? “You still aren’t getting it. There are more of us.”

But for Espinoza, whose stances generally appear to be quite moderate, the big issue that defines her as a Republican and a Catholic is, in fact, her pro-life stance. “I think it will prescribe me as a Republican for a long time.”