Despite outspending the 'No' campaign by a factor of 1,500, the initiative is poised to fail. 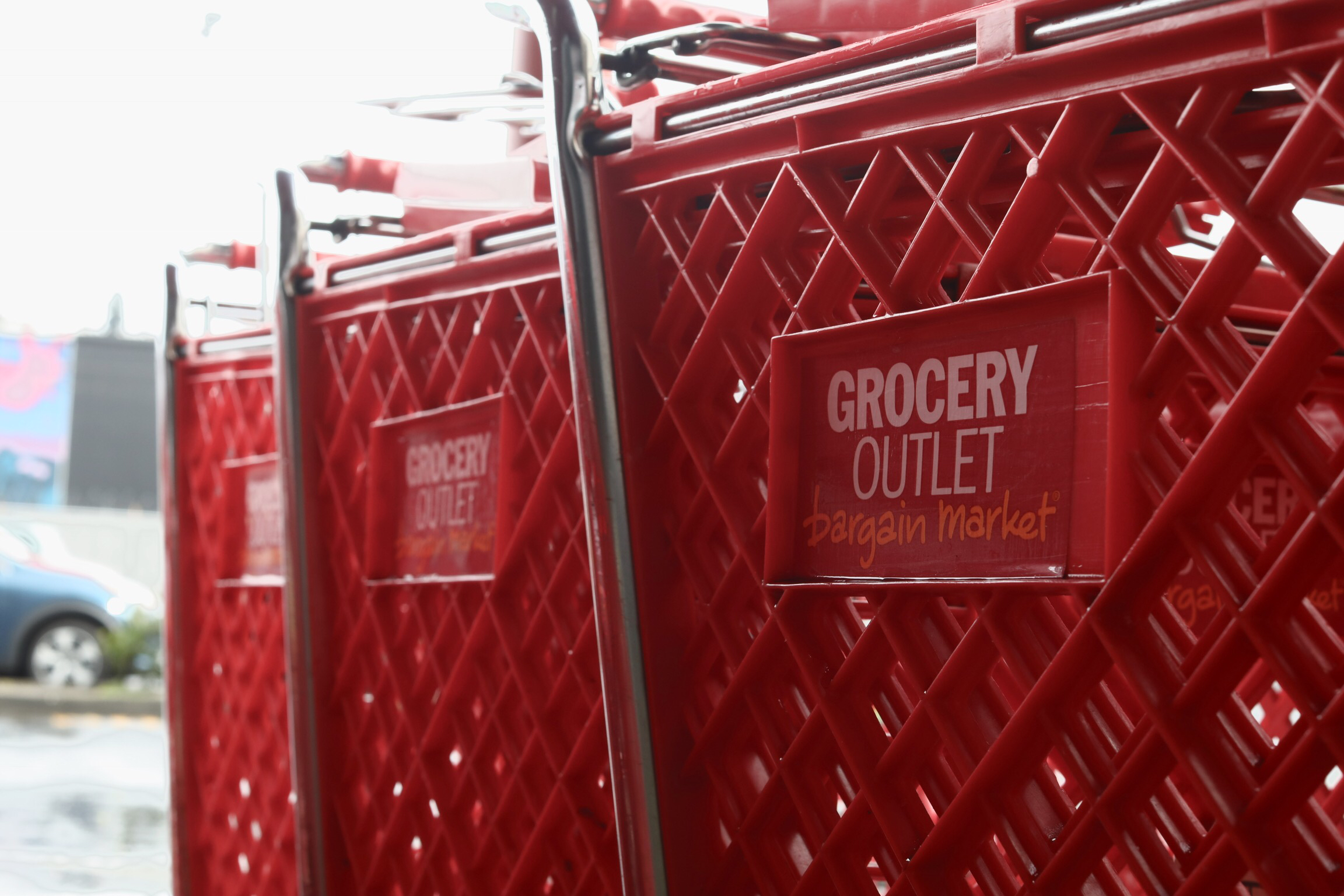 There’s a lot of reason to think Initiative 1634 should be successful. Appearing on Washington state ballots mailed out this month, the initiative is backed by more than $13 million in campaign contributions, while opponents have raised a mere $8,650. Also, the initiative offers voters the presumably-popular option to ban new taxes. Which is why it is surprising that, according to the new statewide Crosscut/Elway Poll, I-1634 is behind by 20 points.

The poll, which surveyed 400 registered voters Oct. 4-9, found that just 31 percent of voters supported the initiative to ban food and beverage taxes. Fifty-one percent were opposed and 18 percent were undecided. The poll has a margin of error of 5 points.

If passed, I-1634 would prevent cities and towns throughout Washington from enacting new taxes or fees or raising existing ones on food or beverage “grocery items.”

No municipality in the state currently taxes the sale of food at grocery stores. Seattle is the only city in Washington with a “sweetened beverage” tax. Its 2017 passage by the City Council spurred this year’s effort to ban similar taxes elsewhere.

In Seattle, the tax charges 1.75 cents per ounce of soda, juice, energy drink or other sugary beverage sold; revenue goes toward healthy food access programs for low-income communities, early-childhood learning, community college scholarships and administrative costs. The tax is considered regressive because low-income consumers pay a higher portion of their income to the tax than wealthier consumers. Studies have also found low-income people buy more soda than higher-income people, so a soda tax hits their wallets even harder.

Yes on 1634’s advertisements hammer on the theme that Seattle’s soda tax illustrates a loophole that could go beyond sweetened beverages and lead to taxes on food. This, say proponents of the initiative, will ultimately increase costs for all consumers — even those able to resist sugary drinks. In one, a rancher frets about meat costs going up. In another, an elderly woman shopping for groceries worries she won’t be able to afford everything she needs.

In a statement to Crosscut from the Yes on I-1634 campaign, Pete Lamb, senior business agent at Teamsters Local 174, is quoted as saying the initiative will “protect our most basic essentials, food and beverages, from the kind of 'privilege tax' that was passed in Seattle.” He goes on to say that he thinks the initiative, “struck a nerve with voters in Washington who are concerned about the rising cost of living as well as an unfair and regressive tax structure that puts far too much burden on working families.” Local 174 represents a broad range of delivery drivers and truckers in soft drink distribution, ports, solid waste and others.

The Teamsters, Seattle Chamber of Commerce, Washington Food Industry Association and Korean-American Grocers Association of Washington have formed a coalition in support of the initiative. But the funding comes almost entirely from the soda industry. Coke, Pepsi, Dr. Pepper and Snapple contributed more than $12.8 million of the $13,010,000 raised by the Yes campaign.

The organized opposition to I-1634 includes public health advocates, a progressive political group and a Seattle environmental justice nonprofit.

“Follow the money,” said Vic Colman, director of the Childhood Obesity Prevention Coalition and head of the campaign against I-1634. Coleman doesn’t deny that a city could impose taxes on food if they want, but doubts anyone has the political will to do so.

“We can see through the smoke screen here,” he said. “Nobody is talking about taxing groceries anywhere in the state. It’s a hypothetical they’ve thrown up to scare the voters and say they’re coming for your grocery cart.”

As a public health official, Colman says he supports taxing sugary beverages because of their link to obesity, diabetes, heart disease and other health problems. Research on consumers in Philadelphia, which instituted a sugar tax in 2017, found that they are buying 30 percent less soda. Other research has found that most often, the tax is passed on to the consumer in the form of higher costs, which impacts sales.

Colman said the reasons to vote against the initiative go beyond public health. “I think you could be agnostic or even opposed to sin taxes and still be opposed to this initiative,” he told Crosscut. “It’s about local control. They’re throwing this question to the voters and saying we’re going to take away rights from municipalities to raise taxes on what they want.”

State laws that preempt local control are popular with industry groups and other special interests that want to avoid regulation or higher taxes. In Washington in 2017, Uber and Lyft successfully lobbied the state legislature to pass a law that, among other things, prevents local municipalities from enacting their own regulations on ride-hailing companies. In June, the California state assembly passed a law that bans local municipalities from passing new food and beverage taxes for 12 years. Arizona and Michigan have passed similar preemption laws. Heavy lobbying from the soda industry lobby preceded all of those votes.

It is on this issue of state preemption that the editorial boards of some of the state’s largest newspapers have voiced opposition to I-1634. The Seattle Times, Olympian, Tacoma News Tribune, and others came out against the initiative primarily on the grounds that it wrests control of taxation from local municipalities. They also questioned that the initiative was about anything other than blocking soda taxes, given the beverage industries role in I-1634. The Olympian wrote, “It’s a clear case of out-of-state interests meddling with local control by cities and counties.”

In an interview, Elway Research president Stuart Elway said the strong opposition from the papers’ editorial boards was likely a factor in the 51 percent opposition to I-1634 among voters polled. But, he conceded that it was surprising to see the grassroots No campaign 20 points ahead of the well-funded Yes campaign. It is especially surprising, he said, to see that Republicans said they were more likely to vote against the initiative than Democrats. Of the voters polled, 58 percent of Republicans said they were against it, versus 39 percent of Democrats.

Elway said voter confusion could be at play. It is counter-intuitive to vote yes for a tax-related initiative when you oppose taxes.

In their poll, Elway Research asked people how they intend to vote based on the explanation that: Initiative Measure No. 1634 concerns taxation of certain items intended for human consumption.

This measure would prohibit new or increased local taxes, fees, or assessments on raw or processed foods, beverages or their ingredients intended for human consumption, unless they are generally applicable and meet certain requirements. Collection of local sales and use taxes on such raw or processed foods or beverages, that were in effect Jan. 15, 2018, may continue.

Candace Dahl, a Democrat in Yakima, said that she thought the ballot language “was tricky. They shouldn’t do that.” But Dahl worries about the possibility of food costs going up and hurting people already struggling to pay for groceries, so she plans to vote yes for I-1634.

Larry Williams, a Republican in Spokane who owns a water drilling manufacturing company, had no illusions about what was going on. “I understand that the bottling companies are the primary opposition to this. … I don’t think anybody is anticipating raising [food taxes] anytime soon, but I’d just as soon they couldn’t have the option.” Williams wants to see smaller government and plans to vote in favor of the tax ban.

For Don Matteson, a Democrat in Pullman, preemption is a problem. He said, “If it’s a matter of needing the income for local purposes, I’m in favor of local control. I think what you really want to do is, in doubt, let local people vote on the thing.”

Assuming it’s not an issue of voter confusion about the ballot language — or if it is, that confused voters don’t figure things out in the next few weeks — Elway said it’s very unlikely I-1634 would pass. Historically, ballot initiatives have lost support in the final month, so it’s hard to imagine the initiative gaining the 20 points it needs to pass, he said.

The pollster added that in cases of surprising poll results, he does an extra thorough quality check. “I go back and check the question wording and the data entry. I check the crosstabs for patterns. Once you do that, you trust the data. You trust that this is what they asked people, and this is what they said.”