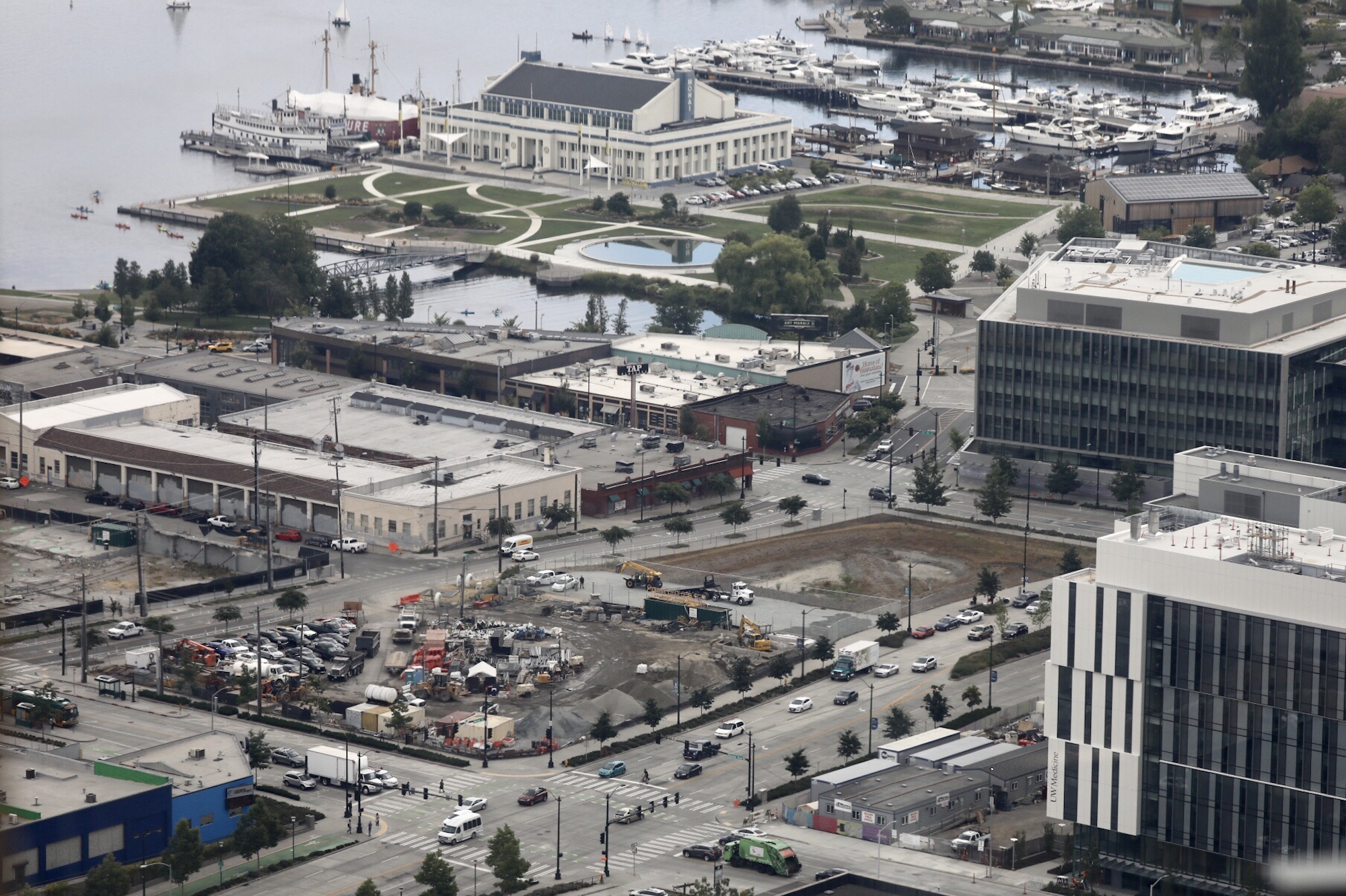 For the past few years, housing advocates have led a spirited discussion over how the city can better use its public lands to provide much-needed affordable housing. All along, they have been eyeing the so-called Mercer Mega Block as a dream site, a rare opportunity to build affordable housing in an expensive, central, job- and transit-rich neighborhood.

On October 5, that dream appeared to die as the city took a major step toward selling the 2.86-acre site at Mercer Street and Dexter Avenue on the open market.

That date marked the city-imposed deadline for private developers to make their best cases for why the city should sell this chunk of South Lake Union real estate to them. While a coalition of housing, homelessness, transportation, and environmental advocates did make a last-ditch effort to get the city to reconsider the sale of the property, which is owned by the Seattle Department of Transportation, the city is unlikely to change course.

This kind of transaction is nothing new. Government agencies often end up with property that, for one reason or another, they don’t need anymore and have reason to sell. In the past, those agencies would typically sell it on the private market or to another municipal agency.

But there is another way that advocates say will result in more affordable housing options for Seattleites. Both the city of Seattle and state legislature have recently put significant work into policies that make it easier to build below-market housing on publicly owned land. By selling that land at a steep discount or giving it away to affordable housing developers, cities can help stretch sparse pools of funding further. A state law passed last spring helped eliminate some legal barriers to doing that, and two resolutions passed by the Seattle City Council this year make affordable housing the priority use for surplus public lands.

With proposals now in, the Mercer Mega Block will be sold to a private developer who will likely build a mix of office space and high-end apartments if other recent South Lake Union projects are any indication. But with Seattle essentially just getting started on its mission to build housing on public lands, the Mercer Mega Block offers lessons for the next time the city finds itself in a debate over private dollars versus public development.

How much affordable housing can be built?

The city estimates that a residential development on the Mega Block could fit 1,358 apartments. A commercial development could have up to 996,652 square feet that’s “chargeable” under the city’s MHA policy. Using those estimates and some back-of-the-napkin math, we can calculate that a residential developer would have to build about 53 rent-restricted apartments or pay about $11.9 million into the housing fund. That's enough for about 40 units of housing at Seattle's average $300,000 per unit of affordable housing price point. But the Office of Housing points out that they leverage the housing fund with state, federal, and other funding sources to double or triple each investment, so $11.9 million in local funding would yield about 80 to 120 units. A commercial developer would pay about $11.2 million into the housing fund.

Those are not trivial sums, but they pale in comparison to the 1,300 affordable apartments that the site could hold … in theory.

But how much can really be built?

That said, the Mega Block is also a lesson in the gap between theory and reality when it comes to affordable housing. The site can hold 1,358 units, but the Seattle Office of Housing doesn’t have enough funding to help build that many units.

“There haven’t been that many large-scale affordable housing projects [in Seattle],” says Office of Housing spokesperson Robin Koskey. “Certainly none have been as large as 1,300 units. High rise construction is a very expensive way to create housing.”

In 2018, the Office of Housing had about $70 million in funding to disburse to affordable housing developers (and about $245 million worth of applications). Free land helps stretch construction money further, but a 1,358-unit project would likely use up the entire housing fund and then some. The newest half-block, 322,000-square foot Google office building in South Lake Union is estimated to cost $88.5 million to build.

How much should be built?

Considering both the potential benefits and the attendant costs, an all-or-nothing approach to surplus public lands might not be the best path forward.

“On large, publicly-owned sites like the Mercer Mega Block, government agencies can help create mixed-income, mixed-use communities by giving a portion of the site for non-profit led affordable housing development in one or two buildings,” says James Madden, the senior program director at Enterprise Community Partners, a housing advocacy nonprofit. “The balance of the site can be sold to meet other goals.”

There is precedent for a development on public land in Seattle that includes both affordable and market-rate housing. One of the four buildings going on top of the Capitol Hill light rail station is being built by a nonprofit affordable housing developer, while the other three are going to have market-rate apartments.

And what could stop it from being built?

The primary goal of the city council’s September resolution is to require departments to prioritize affordable housing construction on surplus public land. But in cases where that can’t happen, the resolution requires that 80 percent of the net proceeds of the land sale go into the affordable housing fund or equitable development fund — a policy that will likely apply to the Mega Block.

Councilmember Teresa Mosqueda authored the resolution and her office estimates the Mega Block sale will generate $40 million for affordable housing. That figure would be higher, but the city borrowed $26.3 million against the value of the Mega Block to pay for Mercer Street road work and another $4.3 million for homelessness response. The $30.6 million will have to be repaid, a factor in the city’s decision to sell the property at full price.

Debt owed on land makes it harder for the city to give that land away for free for housing construction.

“Basically by borrowing money against this land, the city took the decision making power away from the public,” said Katie Wilson, Transit Riders Union’s general secretary and a member of the Mercer Mega Block Coalition. “The city shouldn’t be plugging budget holes with land sales or promise of future land sales.”

Note: This article has been updated to clarify how Office of Housing leverages the city housing fund with state and federal sources.