Seattle City Council is expected to vote on the tentative police contract on Tuesday, Nov. 13. 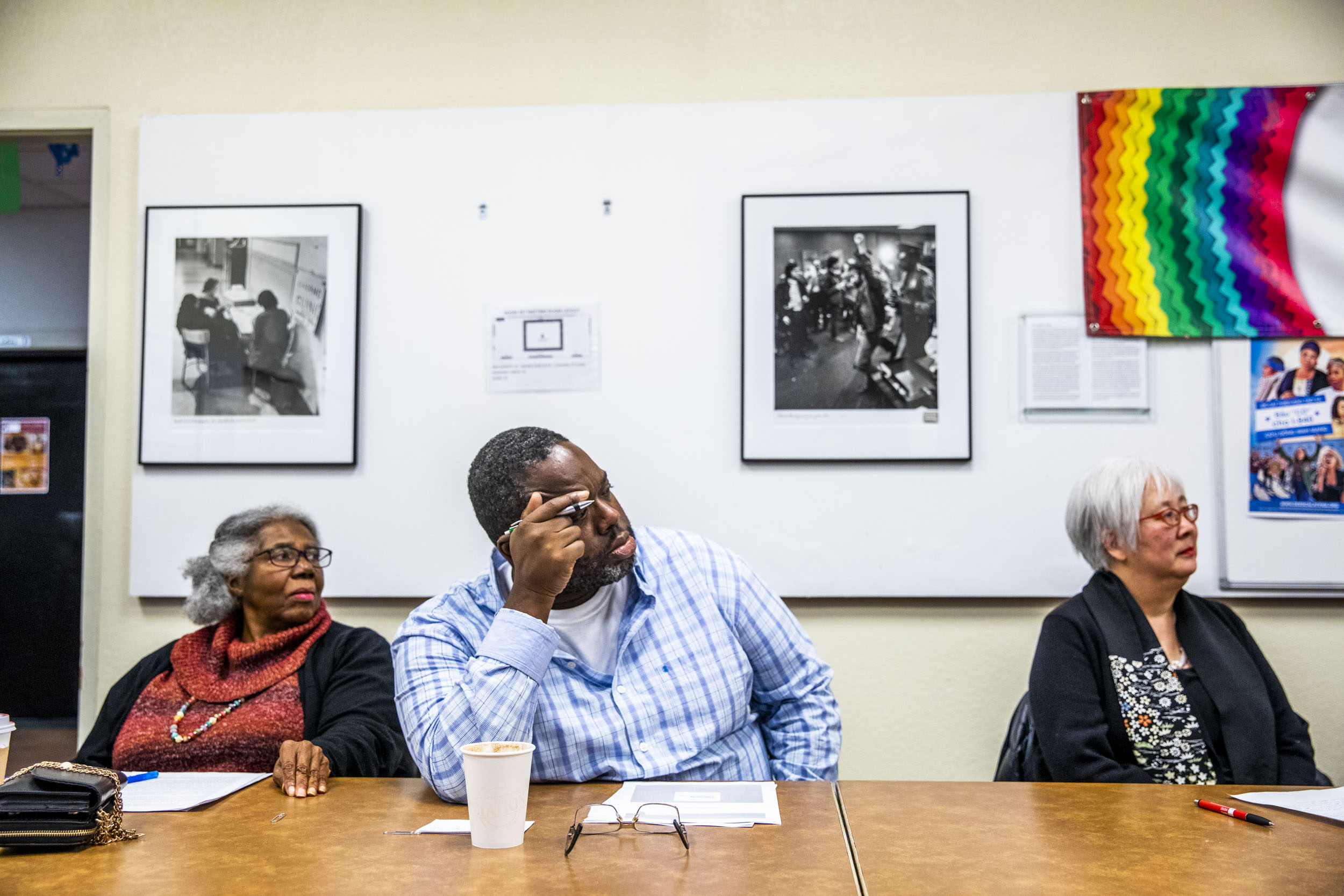 Dozens of community organizations have sent the Seattle City Council a letter, urging members to reject a tentative police contract that they argued would roll back efforts on officer accountability. The council is expected to vote Tuesday on the contract, which includes a pay bump for officers and accountability reforms.

The letter, first revealed at a press conference at El Centro De La Raza on Thursday, insists that the Seattle City Council “vote no” on the police contract because it “threatens to undermine the community confidence in the police.”

Twenty-four groups — from the ACLU of Washington to the Faith Action Network to the Vietnamese Community Leadership Institute — signed off on the letter. Specifically, the organizations said in a press release that "the contract waters down hard-fought-for improvements in the system for disciplining officers for dishonesty.”

At the press conference, Diane Narasaki, executive director of Asian Counseling and Referral Service, said, all told, “this proposed contract falls far short of what our city needs and deserves.”

She added: “We have a national reputation in Seattle now for being a leader in accountability.”

Andre Taylor, a leader in police reform, pointed to the passage of Initiative 940, a statewide measure that passed with 60 percent of the vote on Tuesday.

Because of the measure, prosecutors will no longer have to prove law-enforcement officers acted with “evil intent” — or so-called “malice” — when considering whether to file criminal charges against police officers. I-940 also requires de-escalation and mental-health training for police and independent investigations into the use of deadly force.

At the press conference, Taylor argued City Council approval of the police contract would go against voters’ wishes and  “send a different signal to the community.”

“You support accountability and at the same time, want to support a contract that undoes accountability. So which is it?” he said, referring to the Seattle City Council’s support of I-940.

While they were critical of aspects of the new contract that would change some reforms, community leaders did express support for the pay raise that is included in the proposed police contract.

“Why wouldn’t we want them to get paid?” said Rev. Harriett Walden, founder of Mothers for Police Accountability. “Christmas is coming. C’mon people. Give us a break. What we want is true transparency.”

But, “this contract takes away the tools that any police chief needs to be able to apply discipline.”

Seattle Mayor Jenny Durkan first made the proposed police contract, which was years in the making, public in October. At the time, Durkan argued the contract was in line with the reform efforts of the previous six years, many of which were spurred on by a federal consent decree mandating change. In 2011, the Department of Justice found that the Seattle Police Department had engaged in a pattern of employing excessive force and violating citizens' constitutional rights.

But that same month, the Community Police Commission, an advisory body made permanent in 2017, urged the Seattle City Council to reject the contract.

In a statement on Thursday, Deputy Communications Director Kamaria Hightower reiterated Durkan's support for the contract.

The contract provides "full and unfettered access to the Office of Inspector General, empowering Chief [Carmen] Best to transfer or suspend officers, ensuring fired officers are not reinstated on a technicality," Hightower added. "A rejection of the Tentative Agreement would jeopardize public safety, deal a setback to reform, and return Seattle to the status quo, which is why many community members, labor leaders, and businesses across the City strongly support this Tentative Agreement.”

Neither the Seattle Police Officers Guild, which represents about 1,300 rank-and-file officers and has agreed to the contract, nor the Seattle City Council, could be reached for comment.

The tentative police contract clears a path for full implementation of officer body cameras and puts more civilians in positions of oversight. It would also result in an overall raise of about 17 percent for officers — an accumulation of retroactive raises of 3 percent for 2015, 2016 and 2017, 3.65 percent for 2018 and, effective at the end of this year, a 3.85 percent pay raise. The department has complained officer wages — still at 2014 levels — have created difficulties in recruiting.

The Community Police Commission, however, argues the tentative police contract makes it harder to fire officers.

Previous legislation approved by the City Council in 2017 had also sought to streamline the appeals process for disciplined officers. The hope was to reduce officers’ ability to pick and choose appeals avenues to suit their case. But the contract agreement allows for multiple paths, including going to an arbitrator.

And the contract re-imposes a disciplinary statute of limitations except for in the most serious instances. Additionally, the contract is more restrictive of civilians’ role in oversight, limits the chief’s ability to put an officer on leave without pay and caps the length of time officer records are retained.

To win final approval, the contract needs a super majority, or seven of nine council members, to vote “yes.”

It would then go before a federal judge for review. U.S. District Judge James Robart will decide whether any part of the agreement obstructs the city’s attempts to bring the Seattle Police Department's use of force in line with the U.S. Constitution.

If approved, the contract is good through 2020, which means negotiations will begin again in less than two years.