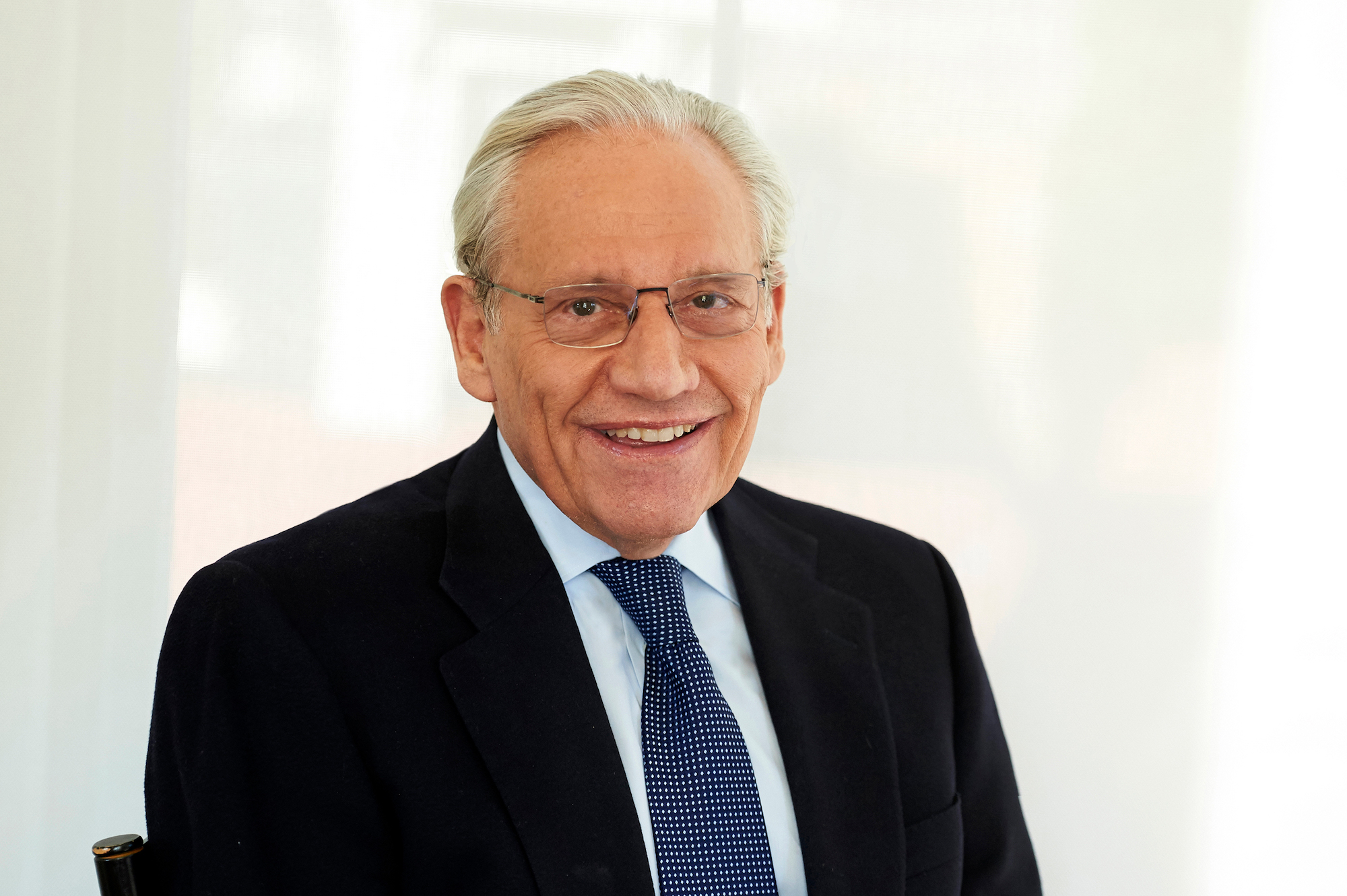 Legendary journalist Bob Woodward talks about his new book Fear: Trump in the White House with Crosscut’s own Mossback at the Paramount Theatre.

If you’ve been suffering from Gael García Bernal withdrawal (following the cancellation of Amazon’s streaming series Mozart in the Jungle), I have good news. García Bernal has a plum role in Museo, a Mexican museum-heist movie that takes some pleasurably squirrely, genre-defying turns. This time he’s Juan Nuñez, an aimless slacker from a well-to-do Mexico City family who browbeats his best friend (a poignantly gullible Leonardo Ortizgris) into stealing more than 100 small pre-Columbian artifacts from the National Museum of Anthropology in Mexico City. Based loosely on a real (and notorious) 1985 robbery that made big headlines in Mexico, Museo takes a fascinating look at a crime whose motives even its perpetrators cannot explain. Juan has vague notions of liberating his country’s national heirlooms — but he’d also like to fence them if he can find a buyer. As García Bernal plays him, he’s a mesmerizing, bewildering mix of fierce drive and utter aimlessness — and that’s director Alonso Ruizpalacios’ point. —M.U.

The legendary Washington Post journalist (co-author of All the President’s Men) comes to town to talk about his newest best-seller, Fear: Trump in the White House. Former CIA director and Secretary of Defense Robert Gates once quipped that he wished he had recruited Woodward into the CIA, noting, “His ability to get people to talk about stuff they shouldn’t be talking about is just extraordinary and may be unique.” That certainly seems to be the case in Fear, where his journalist bucket appears to have caught every West Wing leak that has plagued the Trump administration. After Woodward speaks, Crosscut’s Knute “Mossback” Berger will moderate a Q&A with the audience. —M.U.

The author of The Essential Guide to Touring Washington Wineries turns his attention to the Emerald City in his new book, Monumental Seattle: The Stories Behind the City’s Statues, Memorials and Markers. Spalding, who has lived in Seattle for 15 years, digs up dozens of stories, including those behind the Pioneer Square totem pole (Seattle’s first public monument, stolen from a Tlingit village in Alaska), the Chief Seattle statue at Tilikum Place (which has weathered neglect and misconceived restoration efforts) and the surviving landmarks from the 1909 Alaska-Yukon-Pacific Exposition, including statues of George Washington, railroad magnate James J. Hill and Norwegian composer Edvard Grieg on what’s now the University of Washington campus. In the process, he shines a light on our ever-evolving city’s changing social values and prejudices. —M.U.

National Park posters have been a tradition since the 1930s and 1940s, when the Works Progress Administration's Federal Art Project commissioned work that would celebrate America’s varied and spectacular wild spaces — and encourage people to get out into them. With the onset of World War II, however, the poster project was abandoned and most were thrown away. It was a lucky happenstance for park (and art) lovers when, in the 1970s, a ranger found one of the old posters and sparked a revival of the form. Not only have the original WPA posters been reproduced for sale, but many artists have created their own series. A project called 59 Parks Print Series has gathered new work by a variety of graphic illustrators, who share their own takes on the classic designs (5 percent of sales go to the National Park Service). The results — on view at the Klondike Gold Rush National Historic Park in Pioneer Square — are gorgeous, prompting both fond memories of park visits past and a longing to return. —B.D.

Young artists, often fresh from art school, are given the chance to shine in BLUR Gallery, Linda Hodges Gallery’s modest second-floor exhibit space (founded by gallery director Dale Cotton in June 2015). Cotton’s aim is “to show high-quality art that speaks to younger generations.” His emphasis, he says, “usually includes a narrative arc.” There is, indeed, a striking story behind Luminous Bodies, a show of photo-collages by Joseph Parker, who got his BFA from Cornish College of the Arts this year. Parker, who bills himself as “a Queer artist working in mixed media with a concentration on the photographic image,” says his works are “rooted in an ability to express my gender in words.” The results: intricately manipulated, mandalalike acrylic transfers on loosely hung canvases that bristle with ambiguous life. Each one seems to depict a radiant, multivalent body in turmoil that doesn’t know what it wants to be. These many-limbed, male-female composite creatures also allude to Indian mythology and the figure of Shiva, who embodies both male and female characteristics. This is striking work. Let’s hope for more. —M.U.

Lin-Manuel Miranda’s In the Heights

Before he inspired a rabid fan base for a long-dead statesman, Lin-Manuel Miranda (Hamilton, of course) wrote another Tony Award-winning musical about immigrants. In the Heights chronicles three days in the lives of longtime residents striving and surviving in New York City’s heavily Latino Washington Heights neighborhood. As the neighbors, friends, families and lovers work to find their place in the world, it becomes clear how each individual’s choices affect the community at large. While you won’t have to enter a lottery in an attempt to get into the show (as was the case for many Seattleites scrambling to see Hamilton), tickets for In the Heights are already sparse, so pick ‘em up quick. —B.D.