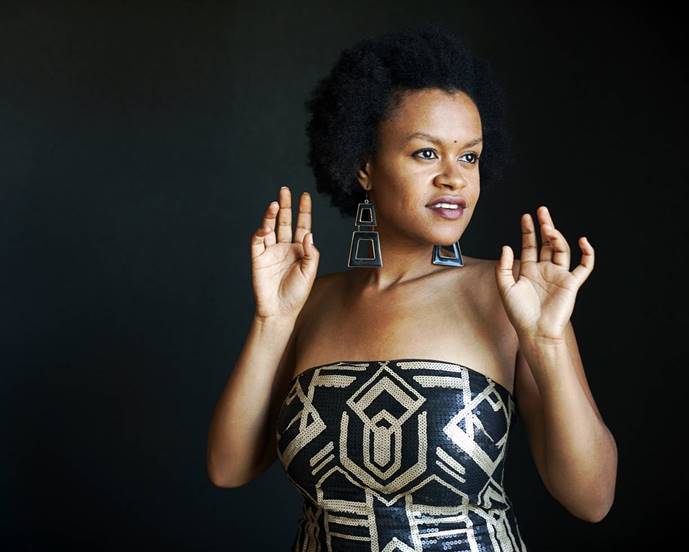 MacArthur “Genius” Jonathan Lethem has covered a wide range of topics in his previous 10 novels (family drama, physics, rock ’n’ roll, communism, gambling), but he can’t seem to resist writing detective stories. His first book, Gun with Occasional Music, blends a hard-boiled detective plot with near-future dystopian sci-fi. His fifth book, Motherless Brooklyn, follows a private dick with Tourette’s syndrome and displays both exquisite wordplay and a deep understanding of the neuropsychology behind the disorder. And now, in his 11th book, The Feral Detective, we follow a woman searching for a friend’s daughter who disappeared from Reed College (and has possibly taken up with a band of vagabonds living off the grid). He sets the new story in the fraught days surrounding Trump’s inauguration, among the dry scrublands of the Mojave desert. Here’s your chance to learn about the lure of the gumshoe. —B.D.

This inventive, intriguing, Oakland-based Ethiopian-American singer-songwriter draws on influences from two continents to create what she calls “Ethio-jazz.” Her latest album, When the People Move, the Music Moves Too, features performers from Addis Ababa, New Orleans, Los Angeles and the Bay Area, who, through an eclectic mix of musical styles and instruments (including an Ethiopian lyre and reed flute), create a joyful sound. Some tracks are percussion-driven. Others have a lilting, folky feel to them. Guest stars Andrew Bird (on violin) and the Preservation Hall Horns add their own colorful and/or punchy flourishes to the CD. If “I Want to Sing for Them All,” her energetic tribute to her musical heroes, doesn’t get you up on your feet and dancing, you may need new feet. To dig deeper into her work before this Seattle performance, check out her 2014 appearance on “Live on KEXP.” —M.U.

Rebecca Makkai: Researching into the Void

It’s an odd sensation when you’ve lived long enough for the years of your youth to become historical-fiction fodder for younger writers. Rebecca Makkai’s magnificent third novel, The Great Believers, doesn’t set a foot wrong as it alternates between an AIDS-stricken circle of friends in mid-1980s Chicago and a handful of straight and gay survivors in 2015 Paris. Makkai was born in 1978, but the characters she writes about belong to the boomer generation. My question: How the hell did she do it so convincingly? Archival research and oral histories can take you only so far. It helps that Makkai is alert to how Big Public Events — the ones that make it into history books — are often mere background noise to those living through them, seen through a haze of family tensions, uncertainty about boyfriends, excitement about a project at work or plans to have drinks with a friend. The Great Believers, one of this year’s National Book Award finalists, is remarkably alive despite all the loss it encompasses. Makkai will shed some light on her artistry in a lecture at the newly reopened Hugo House. —M.U.

It's been 30 years since Die Hard first army-crawled through an air vent and landed in the laps of moviegoers. After four big-budget sequels (and a rumored prequel to come), it's high time for a spoof in the form of a new Christmas musical. Members of beloved Seattle comedy troupe The Habit have adapted the plot of the action-packed flick — which has spawned a cult-following as a holiday tradition — to include a cavalcade '80s jokes, a live band playing original soft-rock jams and, of course, a bit of ribbing at the expense of our smirky hero. Fa la la la la, la yippie ki yay! —B.D.

The annual Yuletide visit by the creator of Hairspray and Pink Flamingos has become an indispensable part of the Seattle holiday season. This one-man show, “The People’s Pervert” (as John Waters dubs himself), raises important questions, such as, “Is Prancer the only gay reindeer?” and “Has Santa ever been nude?” He also fantasizes about starting “a new sex club that encourages gay men and lesbians to have sex with each other for the very first time.” If you’ve never seen Waters in stand-up mode, you’re in for a treat. —M.U.

Things are pleasant and pretty, if a tad dull, on Christmas Eve in the country home of the Stahlbaums — until, that is, young Clara falls asleep and her holiday season takes a hallucinatory turn. A band of mice, led by a seven-headed Mouse King, invade the Stahlbaum parlor where everything — including the clock, the chaise longue and the Christmas tree — grow to enormous size. Toy soldiers and candy canes come to life, and a Sugar Plum Fairy launches into an ecstatic dance-off/duet with her Cavalier. On the night I saw Pacific Northwest Ballet’s production of George Balanchine’s The Nutcracker, Leta Biasucci was a sublime Sugar Plum Fairy and Lucien Postlewaite a dashing Cavalier. But Ian Falconer (scenic and costume design) and James F. Ingalls (lighting) shine just as brightly as they create candy-cane striped psychedelia on the McCaw Hall stage. —M.U.

Is there a funnier, sexier, more quick-witted master of ceremonies in town than Can Can’s Jonny Boy? With his lightning-speed repartee and va-va-voom hip grinding, Jonny Boy (Cornish College of the Arts alumnus Jonathan Betchtel) teases his audience into giddy, titillated delight. And in Can Can’s latest production of its annual holiday show, Wonderland, he has lively accomplices. Shadou Mintrone and Madison Oliver (both former Spectrum Dance Theater performers), along with Sarah Rose Davis (The 5th Avenue Theater, Village Theater) and Jordan Iosua Taylor (The 5th Avenue Theatre, ArtsWest), bring strong song-and-dance talents to this burlesque treat. Highlights include a hilarious gender-reversed “Baby, It’s Cold Outside” (with Taylor trying to escape the lustful attentions of Davis), a lovely aerial duet by Mintrone and Betchtel, and an exquisite billowing-voile dance routine by Oliver. The show is slyly crafted to appeal to all genders and every sexual persuasion. G-string-and-pasties fare doesn’t come much classier than this — and the way the performers utilize the venue’s tiny stage space is downright ingenious. Note: Some genial audience participation is involved. —M.U. 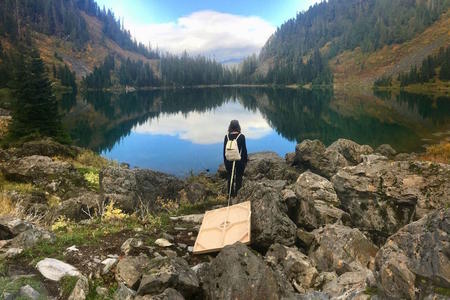 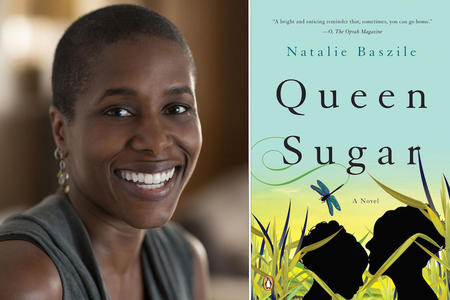 Natalie Baszile talks about breaking into publishing and the need to widen readers' expectations on the Black perspective. 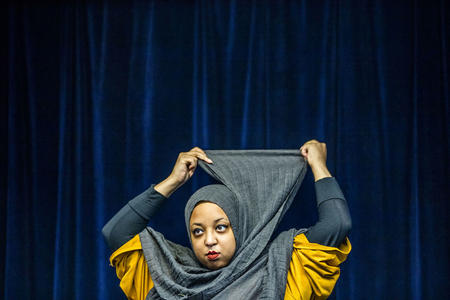 The PNW premiere of Veils looks at the decision two women face on whether or not to wear a hijab.

Natalie Baszile talks about breaking into publishing and the need to widen readers' expectations on the Black perspective.

The PNW premiere of Veils looks at the decision two women face on whether or not to wear a hijab.