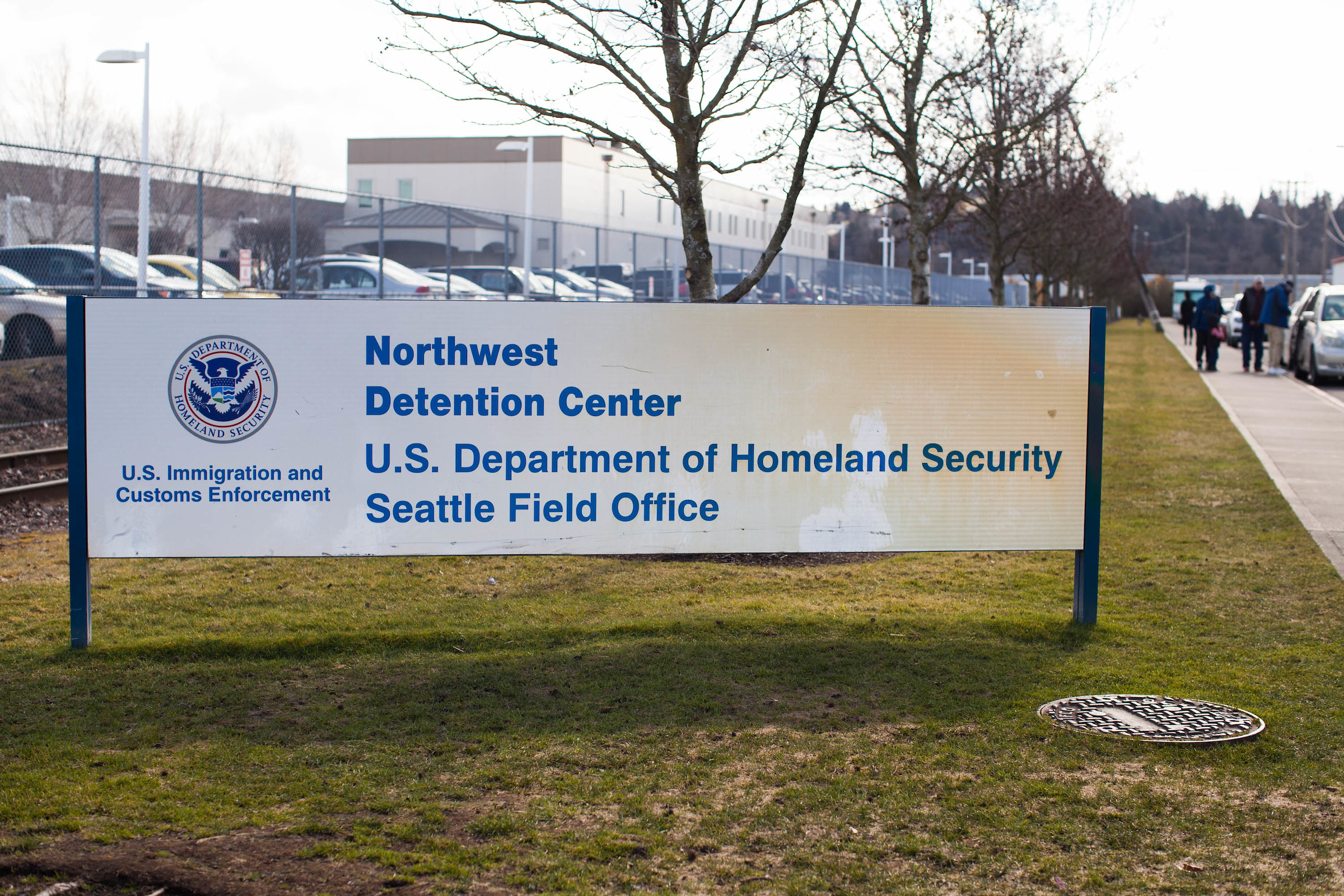 Mergensana Amar had been held at the Northwest Detention Center in Tacoma since shortly after he arrived in the United States from Russia last December. (Crosscut file photo)

This story contains sensitive information about a suicide.

Mergensana Amar, an asylum seeker who was being held at the Northwest Detention Center in Tacoma, died on Saturday, according to the Pierce County Medical Examiner office. He was 40 years old.

In a press release on Monday, however, U.S. Immigration and Customs Enforcement spokesperson Tanya Roman said while Amar "remained on life support through Nov. 24, medical records will mark his official date of passing as Nov. 18, as brain activity ceased on that day."

The news release also notes Amar attempted "to take his own life on Nov. 15" and that "the preliminary cause of death has been identified as anoxic brain injury due to asphyxiation."

"Consistent with the agency’s protocols, the appropriate state health and local law enforcement agencies have been notified about the death, as have the Department of Homeland Security’s Office of Inspector General ... ICE, through the assistance of the Russian Embassy, successfully contacted his next of kin. Pursuant to policy, a thorough investigation of this incident will be conducted by the appropriate parties," Roman said. In its press release, ICE spells the detainee's name Mergensana Amar, but in an interview with Crosscut last month he said his first name was Amar.

On Monday, Pierce County Medical Examiner investigator Jeff Polanco said an autopsy on Amar's body had been completed and that the cause of death was a lack of oxygen to the brain due to hanging.

ICE contracts with GEO Group, the second-largest private prison provider in the country, to run the Tacoma facility. In an email, Pablo E. Paez of GEO Group said he is referring all questions about the detainee's death to ICE.

Ten days ago, on Thursday, Nov. 15, Amar had been found unresponsive, transported to the hospital and placed on life support, according to Roman. According to Tacoma Police Department spokesperson Loretta Cool, authorities had responded to a 911 call following a suicide attempt.

Amar had previously staged a two-month hunger strike in response to conditions at the detention center and his impending deportation, but had ended his protest last month. He was "in good physical health prior to this incident," ICE said in an earlier statement.

“While he refused meals provided by the detention center for a number of days, he began consuming fresh fruit, electrolytes and meal replacement shakes on Sept. 19, consuming sufficient calories to be removed from hunger strike status on October 16.” 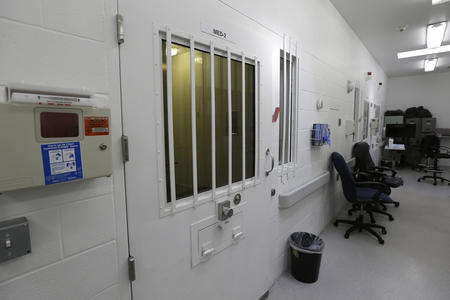 The day after Amar’s hospitalization, the group NWDC Resistance issued a press release that mistakenly reported Amar had died. The activist group said a detainee in solitary confinement at the facility watched as paramedics unsuccessfully attempted to revive Amar, a Russian asylum seeker who was the subject of a recent Crosscut report.

In a statement on Sunday, NWDC Resistance said Amar had "asked for medical treatment repeatedly in the days before he was sent to St. Joseph’s, his requests were ignored. Furthermore, Mr. Mergensana was placed in solitary confinement as retaliatory punishment for asserting his dignity by hunger striking." The group is calling for an investigation into his death.

Amar hailed from Buryatia, a Russian republic in Siberia, just north of Mongolia. He arrived in the United States to seek asylum last December and turned himself in at San Ysidro, a border crossing that sits between Tijuana and San Diego, only to land in the Tacoma detention center a few weeks later. He feared he would lose his life if forced to return home.

Amar explained that in Russia, skinheads had beaten and threatened him. As evidence of the injuries he had sustained, he pointed to his right hand, where a finger appeared to be permanently dislocated. He also said he had been imprisoned for demonstrating for the independence of Buryatia, which has been under Russian rule since the 17th century.

Twelve immigrants died in detention in the 2017 fiscal year, according to ICE — the most since fiscal year 2009.

Amar, however, is only the second detainee to die at the Northwest Detention Center. In 2006, Jesus Cervantes-Corona, 42, died at the facility of coronary artery disease.

In its Monday news release, Roman noted Amar is the second detainee to die in fiscal year 2019.

A separate 2017 report, by Human Rights Watch and Community Initiatives for Visiting Immigrants in Confinement (now Freedom for Immigrants), concluded that subpar care had contributed to the death of detainees in seven of 18 cases it had examined. The report was based on independent medical experts’ analysis of ICE records for deaths that occurred between 2012 to 2015.

The Northwest Detention Center is no stranger to controversy. In 2017, for instance, Washington State Attorney General Bob Ferguson sued GEO Group for violating the state’s minimum wage law by paying detainees $1 per day or, in some instances, with snacks and extra food for labor.

Rules for gaining asylum have also become more strict under the current presidential administration. In June, Attorney General Jeff Sessions issued a ruling that makes it more difficult for victims of domestic and gang violence to gain asylum.

In addition, earlier this month, the Trump administration announced that it would move to deny asylum to all migrants who do not enter through official border crossings. The American Civil Liberties Union is already challenging the rule in court. For decades, immigration law has required that officials allow migrants who fear persecution in their home countries to seek asylum regardless of whether they entered the United States legally or illegally.

But even before Sessions announced the changes, the chances of gaining asylum were low. In 2017, according to the Transactional Records Access Clearinghouse, or TRAC, at Syracuse University, 30,179 asylum cases were decided by judges — the largest number of cases since 2005. More than half, however — 61.8 percent of applicants — were denied asylum status.

The activist group NWDC Resistance said it planned to hold a vigil at St. Joseph Medical Center on Sunday from 5:30 to 7 p.m.

Due to the sensitivity of this story, we have closed comments.