How we can prevent mass shootings without banning guns 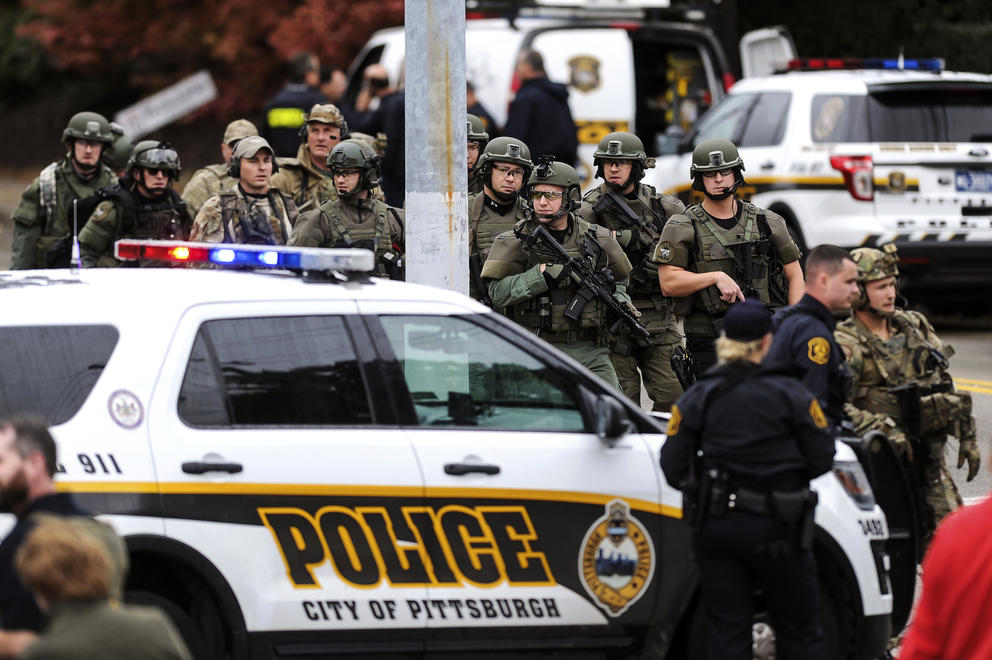 The recent ambush of worshippers at Pittsburgh’s Tree of Life synagogue was the worst mass murder of Jews in American history. Had there been more people in the offices of the Jewish Federation of Greater Seattle on July 28, 2006, that awful designation might have applied here.

That was the day Naveed Haq forced his way into their offices and fired away with two semi-automatic handguns while ranting about Jews, the Bush administration, Israel and the war in Iraq. When he was done, five women (all the victims were women) were wounded, and one, Pamela Waechter, lay dead.

Like the alleged Pittsburgh killer Robert Bowers, Naveed Haq was a loner and a loser, nursing his bitterness in the welcoming arms of hatred and paranoia. Like Bowers, he had no criminal past that prevented him from owning firearms, and like Bowers his goal was to indiscriminately hunt and kill people for the crime of being Jewish.

Haq, an American of Pakistani descent was living in Pasco. On that last Friday in July he woke up, stuffed two semi-automatic handguns that he had owned for just a few days along with extra ammo and a combat knife into a laptop case and drove 180 miles to Seattle. He had surfed the Internet and found the Jewish Federation only by chance. According to The Seattle Times he forced his way through the security door when a teenage girl opened it, ascended the stairs with a gun at the 14-year old’s back, shouted “I’m a Muslim American; I’m angry at Israel!” and began firing.

He told one pregnant employee, Dayna Klein that he didn’t care if he killed her or her unborn child. Klein, however, got Haq to talk to an emergency dispatcher and by 4:15 p.m., he gave up. He’s now serving life without parole at Airway Heights Correctional Facility in eastern Washington, where he serves as the prison imam, and says he regrets his crimes.

The media were straightforward in reporting Haq’s anti-Jewish ranting, but couched it in the context of his mental health, which became an issue at trial (his lawyers unsuccessfully tried to get Haq committed to a mental health facility). “I understand you are angry,” said Haq upon sentencing. “The tragedy wouldn’t have occurred if it wasn’t for bad medical care and mental illness.” In Pittsburgh, nary a word has been said about the sanity of Robert Bowers.

Another difference has been the political fallout. No politicians were blamed for contributing to Haq’s attack, and the media took pains to point out that his actions did not reflect sentiment within the Muslim community. In Pittsburgh, the media, particularly cable news and the Washington Post, have been nonstop in suggesting that the mass murders in Pittsburgh resulted from an unhinged anti-Semite driven over the edge by President Trump’s combustible rhetoric. But no. Robert Bowers despised Donald Trump and disdained his followers, claiming he hadn’t voted for him and had never “owned, worn or even touched a MAGA hat.”

If Trump has done anything that may have motivated Bowers it’s that he has been a stalwart friend and ally of Israel, which drove Bowers, as an article in USA Today also mentioned, to dismiss Trump as a “globalist.” Many people in the media and other places criticized Trump for moral equivalence when he said there was bad behavior on “both sides” in Charlottesville in 2017. But so twisted is Bowers that he angrily posted on social media that Trump “betrayed” the alt-right racists by “comparing them with a violent mob.” Bowers wasn’t inspired by Trump, he resented him.

When James Hodgkinson, a Bernie Sanders supporter from Illinois, who hated Trump and the Republican Congress, showed up in Virginia and shot U.S. Rep. Steve Scalise, nearly killing him, and wounding four others, the call was for everyone to step back, cool down and not politicize the attack. It was good advice and almost everybody followed it. Bernie Sanders was not vilified, nor was the Democratic Party.

But accusations about who is and isn’t responsible for motivating mass killers dodges a far more important question: How do we stop them? Violent crime, including crimes committed with guns has fallen nearly 50 percent in the last quarter century, largely because of better policing and a crackdown on repeat offenders. But the number of random people targeted in mass shootings has been rising at the same time. Reducing mass shootings is proving far more difficult than reducing street crime.

Some shooters — Jared Loughner, the Tucson shooter who killed six and severely wounded Congresswoman Gabby Giffords and Buford Furrow, who shot up a Jewish community center in the ’90s — are severely mentally disturbed and probably would have been in an institution 50 years ago. Easing confinement standards for the severely mentally ill might help avert some shootings.

But most mass killers, even if mentally ill like Naveed Haq, don’t reach the threshold for being forcibly committed before they strike.

Then there’s guns. Some want to ban the semi-automatic AR-15 rifle because it can do more damage more quickly than other firearms. But one of the worst mass shooters, Seung-Hui Cho, who shot 49 and killed 32 at Virginia Tech in 2007, used two pistols. Others have used different types of rifles, like the Newtown, Connecticut shooter, or even shotguns. Haq used pistols; Bowers opted for pistols and an AR-15.

It’s tempting to think that banning a particular type of firearm will curtail mass shootings. More likely the killers will simply use a different kind of gun. And a more comprehensive gun ban or confiscation is a fantasy in a nation with 67 million more firearms than people and a constitutional amendment that protects people’s right to own one.

What about tougher criminal penalties? For years, I’ve been calling for dramatically tougher sentences for people who acquire, sell or possess guns illegally. Statistics show that these are the kinds of gun used in more than 90 percent of armed crime. But again, this applies mainly to street crime.

Naveed Haq and Robert Bowers had no serious criminal histories and bought their guns legally. Adam Lanza, the Newtown Connecticut shooter, who sickeningly killed 20 elementary school children (and six adults) six years ago, used his mother’s legally owned weapons to shoot her and the victims at the school.

The uneasy but increasingly obvious answer to mass shooters is that some will always slip through and when that happens there needs to be better ways to deter them from acting or limiting the damage if they do.

That means more security. Nearly a dozen potential mass shootings at schools, malls, churches, theaters and town squares have been cut short by armed security or armed citizens (some of them off-duty police) holding the killer at gunpoint, or shooting him.

Not every school, strip mall or place of worship can afford armed security, but they should still have a security plan in place that will include, if a nightmare bursts through their doors, a lethal response from a trained employee or employees.

As for deterring mass killers from entering your premises? Post signage that people in the building are prepared and trained to keep the employees, worshippers or students inside safe. If someone wants to inflict mass casualties, what location are they more likely to target — a school or church that’s a “gun free zone” or one advertising its armed security? Remember, mass shooters may be crazy, but most of them aren’t stupid.