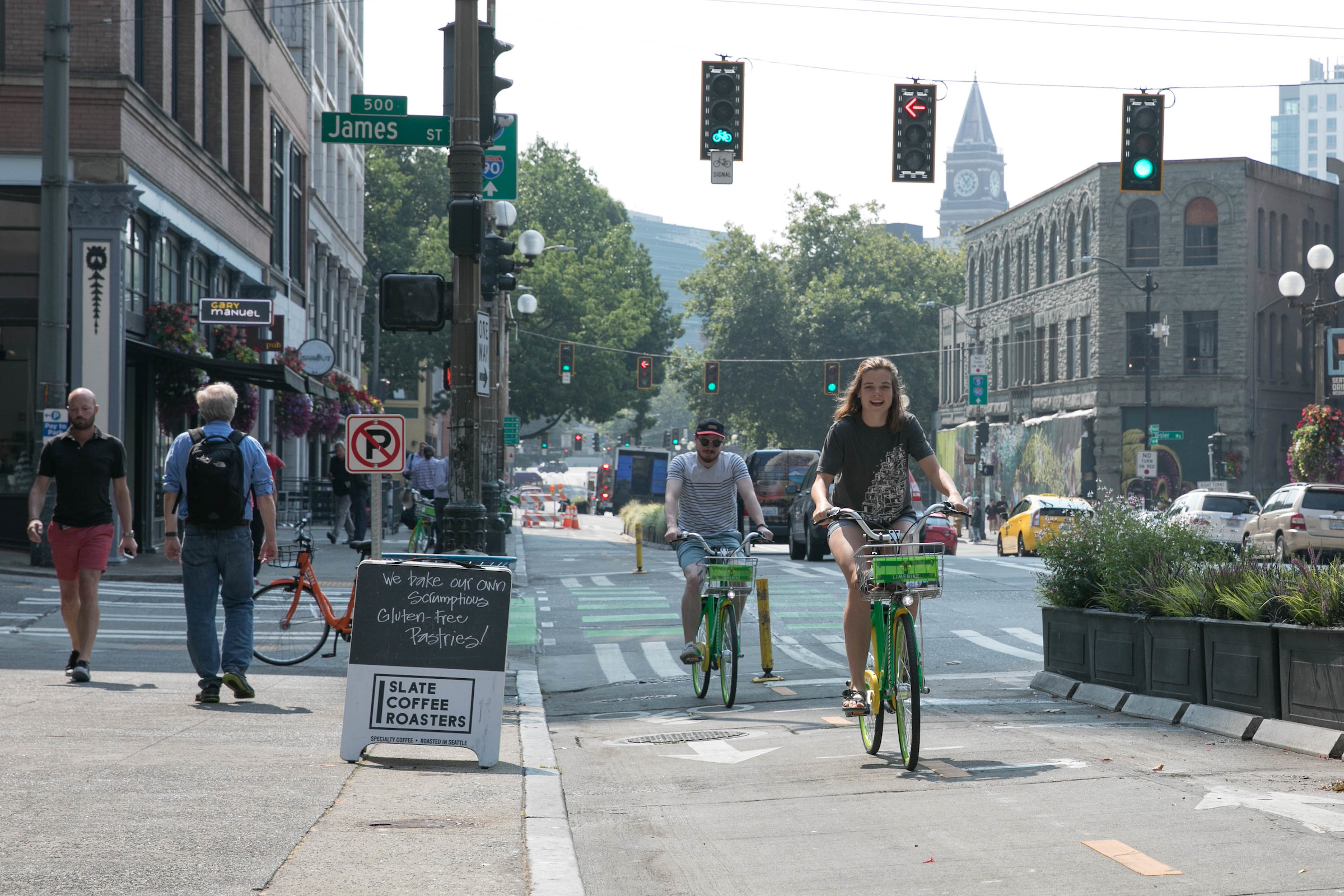 The #MeToo movement enables women to speak out about injustices faced behind closed doors. But injustice can also hide in plain sight, stemming from something as basic as the way streets are built. As women’s mobility and access are limited by Seattle’s inadequate infrastructure, we need to bring #MeToo-style reform to public space.

Seattle must advance its most prominent public asset — our streets — toward a bold vision for inclusivity across gender, race, ability and class by making it safe, efficient, and intuitive for all modes of transportation to access downtown. Walking and biking offer a barometer — and a proving ground — for women’s belonging in public space.

Seattle’s 2017 census data suggested a whopping 50 percent decline in women who walked or biked to work from 2015. While many believe the survey is insufficient to capture real rates of walking and biking as people choose multi-modal commutes, a longer-term gender gap suggests that Seattle women are voting with their feet to say existing streets are inadequate.

Why is that? Safety is paramount. While planners focus on delivering miles of bike lanes and sidewalks, women’s calculus is more complex: “Women and girls have to account for threats and realities of gender-based violence in public—on public transportation, in schools, in workplaces, in parks, on streets,” writes urbanist Tiffany Lam. Women, trans, femme, non-binary cyclists and particularly people of color experience racial and gender discrimination while biking (according to a study in Portland), while shouldering concerns about parenting, appearance, personal safety and harassment. Recognizing that “human infrastructure” supports would-be cyclists, many communities organize rides, skill workshops and education programs; we need leaders in access and mobility at every level of our city, from living rooms and classrooms to City Hall.

When public spaces offer safety and security for all, we’ll see more people, and more types of people, walking and biking — including the 60 percent of Seattleites who want to bike but are concerned about safety. Half of all women prefer the kind of protected bikeways found on complete streets — streets that are safe for all of us —  or even better, off-street regional trails (like the Burke-Gilman Trail). Drivers give women less room when passing on shared roads, underscoring the need for protected infrastructure. Building a connected network of off-street regional trails, cycle tracks and protected bike lanes should be top-priority for Seattle to encourage gender parity among bicycle commuters.

Everyone benefits from basic design tweaks to make public spaces more accessible. After three people with disabilities sued the City of Seattle, 22,500 curb ramps will be installed on sidewalks to meet ADA standards. Yet more than 90 percent of pedestrians use curb-cuts, and sidewalk connectivity matters for everyone from kids walking to school and moms pushing strollers to delivery workers using handcarts. Advocate Angela Glover Blackwell has written, “the curb-cut effect illustrates the outsize benefits that accrue to everyone from policies and investments designed to achieve equity.” All people should have real choices for how they get around, and where they choose to go.

For decades, streets were designed by men, for men. Thinkers like John Forester (an evangelist of “vehicular cycling” who called for people on bikes to share the road with cars) left fingerprints on master plans nationwide. Recently, parking advocates claimed “single moms don’t bike” to justify opposition to complete streets in Seattle. While hundreds of moms spoke out to say, “we’re here, and we bike,” it’s clear that chronic underrepresentation renders invisibility.

Compared to the cost of freeways, relatively small investments show big returns: As the Seattle Times reported, Vancouver increased women’s cycling by 40 percent when they invested in a connected network of cycle tracks and protected bike lanes (and there’s been a 60 percent increase in bicycling downtown). With rapid implementation of a protected network over the next three years, Seattle can build for a future where 1 in 10 trips are made by bike, and more women can choose a safe, fun, healthy and reliable commute.

Public space would look and feel different if women’s experiences guided urban planning. In London, women call for mom-friendly designs, as transit has become the focus of anti-harassment campaigns in Washington, D.C. The all-inclusive vision for Ciclovía in Bogotá, Colombia sparked open streets events across North America. And to vet the many ways to improve women’s mobility, access and sense of belonging in public space, Vienna, Austria has used a process called “gender mainstreaming” since the 1990s to make sure new spaces, rules and regulations benefit men and women equally.

Learning from the film industry’s response to #MeToo, building an inclusive city must start with accountability. Seattle needs to ensure that streets are safe for people cycling, on foot or using mobility aids (including scooters or wheelchairs) across identities. Considering mobility and access through the lens of gender is only the beginning — Councilmember Teresa Mosqueda’s acronym, ALEGRA (for all Ages, Languages, Ethnicities, Gender, Race, and Abilities) offers one possible standard for reimagining our streets.

It’s up to Mayor Jenny Durkan to advance a bold vision for just and sustainable streets for people — and it starts with following through on the Basic Bike Network by 2019 and prioritizing walking, biking and transit networks through downtown. Women face too many barriers already — unsafe streets shouldn’t be one. 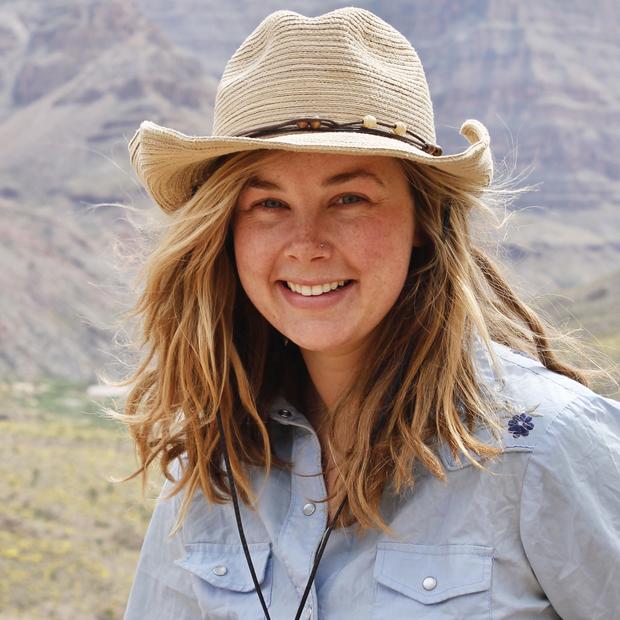