Seattle won its battle for density. What's next?

Though a hearing examiner sided with the city, challengers still could pursue legal roadblocks. 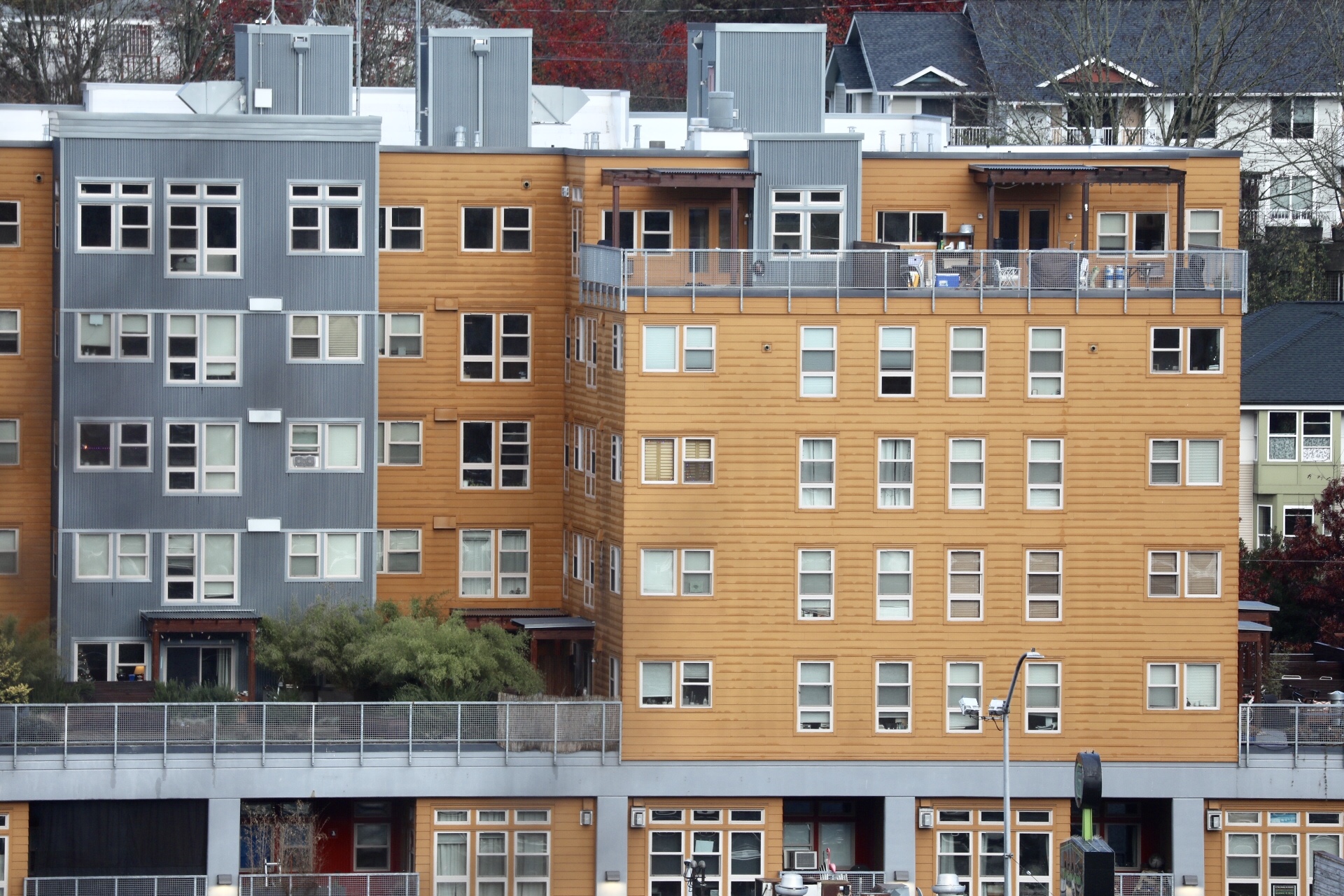 An apartment building in Seattle's Central District. The city cleared a legal hurtle to require developers to contribute to affordable housing in the CD and elsewhere. (Photo by Matt M. McKnight/Crosscut)

The day before Thanksgiving, a city hearing examiner gave Seattle officials the long-awaited greenlight to increase housing density in 27 neighborhoods and several commercial corridors so long as developers build affordable housing or pay into the city housing fund.

The nearly yearlong legal delay, coupled with a lengthy political process, has stretched implementation of the citywide affordable housing program past the three-year mark. Former Mayor Ed Murray unveiled the idea as the centerpiece of his Housing Affordability and Livability Agenda (HALA) in July 2015. The arduous process illustrates the difficulty of changing zoning in Seattle, and the power residents have to slow it.

Though the hearing examiner sided with the city, the Mandatory Housing Affordability (MHA) program still has barriers to clear. The coalition of neighborhood groups still have a few legal channels to block it, and the Seattle City Council still must pass legislation to make citywide MHA the law of the land.

“This was a victory for us,” said Councilmember Rob Johnson. “The hearing examiner overwhelmingly affirmed the work we’d done.”

“This ruling is a step forward for more affordable housing in Seattle,” said Mayor Jenny Durkan in an emailed statement. “I look forward to working with City Council and Seattle residents as we continue to invest to create a more affordable future.”

Toby Thaler, a leader of the coalition that filed the appeal, did not respond to a request for interview. He told The Seattle Times, “We’re disappointed in the ruling but pleased this proceeding has put the issues in front of the city. The city council is going to need to look at what happened here.”

The citywide MHA program will increase density in 27 urban villages at the heart of Wallingford, Fremont, West Seattle and other neighborhoods and along commercial corridors throughout the city. Increasing density in single-family neighborhoods is deeply controversial. An early proposal to allow duplexes and triplexes in single-family zones as part of MHA was quickly revised after it caused an uproar.

MHA is meant to be a win-win program that uses the private development that a hot market like Seattle will attract to build the affordable housing it desperately needs. In exchange for the ability to build larger (and theoretically more profitable) buildings, developers must build a certain number of units of income-restricted housing or pay a fee into the city affordable housing fund. About 94 percent of the city’s single-family zones will remain as such.

MHA has already been implemented in South Lake Union, Downtown, the University District, Uptown, Chinatown-International District and along 23rd Avenue in the Central District. So far in 2018, the program has raised $13.28 million for affordable housing from new developments in those neighborhoods. When it was first proposed, the city estimated citywide MHA would build or fund 6,000 units of affordable housing over 10 years.

In November 2017, the city released its final environmental impact statement, analyzing the impacts citywide MHA would have. The coalition of 24 neighborhood groups then filed their appeal to the city hearing examiner, which adjudicates zoning disputes.

Calling themselves the Seattle Coalition for Affordability, Livability, and Equity (SCALE), they claimed there were 43 areas in which the city analysis was insufficient. They asserted, among other things, that the city did not consider existing neighborhood plans when creating MHA, that MHA will not create enough affordable housing in part because it will lead to demolition of existing “naturally occurring” affordable housing and that the policy doesn’t ask enough of developers. They also argued the plan, if implemented, will harm the city's tree canopy, block light and reduce air quality while leading to traffic congestion.

It took a year to work through all the issues raised in the appeal, but hearing examiner Ryan Vancil ruled that the vast majority of the city’s impact statement was adequate. He said the city needs to do further work analyzing impacts on historic sites.

Though the Office of Planning and Community Development (OPCD) will need to complete that historical preservation work before MHA can be implemented, the city council can begin its work crafting legislation.

In the meantime, SCALE has until Dec. 21 to appeal the hearing examiner’s final decision. Seattle land use attorney Knoll Lowney, who was not involved in either side of the MHA case, said if SCALE does appeal, the “motion for reconsideration would likely be very quickly denied given how much work has already gone into this.”

After the city council passes the final MHA legislation, SCALE could sue the city, and the King County Superior Court would take up the issue.

Johnson hopes the council will be able to pass a final bill by the end of March. With signs of Seattle’s red-hot real estate boom ebbing, he said, “I fear the delay means we will not see as many projects come in under MHA, that we’ve missed what would’ve been our maximum moment to generate money for affordable housing.”

According to a recent analysis by OPCD, if citywide MHA had been in place for the past year, the program would have generated as many as 717 affordable housing units through construction and fees.

Some in the development and urbanism world are less bullish about the prospect of the citywide program. Dan Bertolet, a researcher with urbanist and environmental think tank Sightline, argues that while MHA has proved successful in some neighborhoods, there are low- and mid-rise zones where the added value of the increased density doesn’t cancel out the added cost of building affordable units or paying the fees. In such cases, he said, projects might simply get canceled, meaning the city gets neither market-rate housing to meet the demand nor affordable housing to meet the need.

Grace Kim, founding principal of architecture firm Schemata Workshop and Seattle Planning Commission member, thinks the fear about MHA leading to a loss of developments are overblown. She said developers coming to Seattle from places such as Boston and San Francisco are used to paying impact fees and are familiar with inclusionary zoning. “There may be a moment of pause to regroup as developers figure out what (MHA) looks like for them," she said. "But then development will continue.”

On the whole, Kim thinks the policy will be positive for the city. “Right now we’re relying on a handful of urban neighborhoods to take up the pressure of the tens of thousands of people coming to our city," she said. "There’s not enough supply there. … Having more growth in those urban villages is a piece of the puzzle of how to accommodate this growth we’re experiencing.”