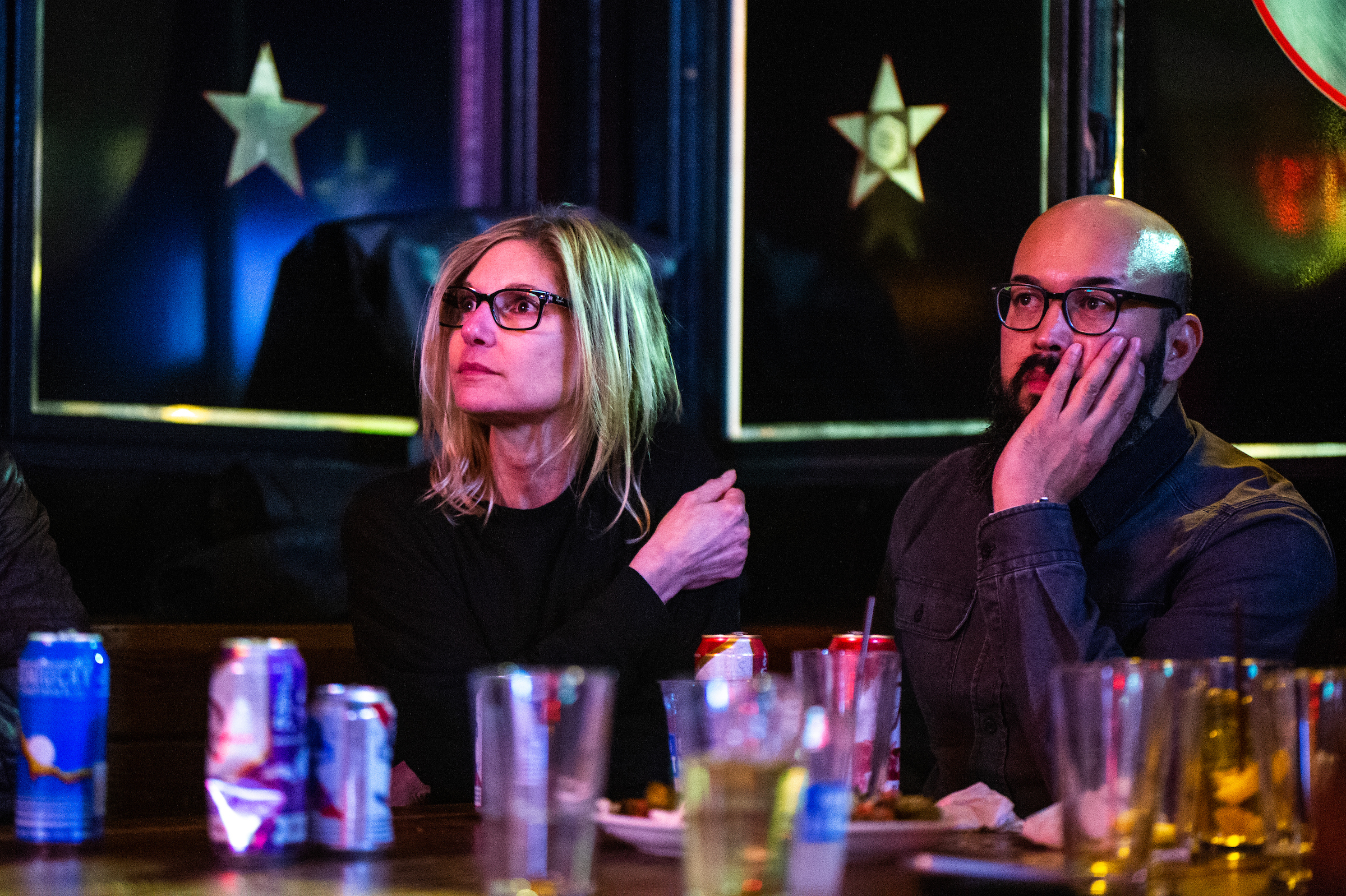 Regardless of your political persuasion, there is no better place to wait out an election than a bar.

Oppressive authoritarian kakistocracies have bars. High-tax socialist utopias have bars. That alien ship coming to steal our resources and transport us for hard labor in the oh, golorium mines of Sebractos? It probably has a bar.

A bar is the only place where you can actually level with your voting uncle — be they namby-pamby libtard or xenophobic fascist — over a damn beer. A beer at home could end in busted crockery or murder.

A tabloid campaign season guaranteed the presidential elections of 2016 would fuel healthy nightlife participation in Seattle (though our locally blue political landscape made it more support group than party). The big question this year: Could classically snoozy midterms do the same thing?

There was only one way to find out.

As I make my way out on election night, early indications on Capitol Hill point to Yes. Buzzy crowds gather on street corners and cluster around big-screen TVs plastered with too-bright blue and red graphics. Hot spots like The Runaway and Neon Taco/Nacho Borracho are serving up midterm drink specials (like the slushy Elephant’s Tail), which feels like a first. At the cleaned-up Comet Tavern, a yuppie crowd whoops when darling Beto O’Rourke — clearly the most popular source of actual suspense in Washington — pulls ahead of vampiric Ted Cruz, and screams a chorus of “fuck!” when he eventually goes down, slamming pitchers and cans of Rainier.

“I’m here to drink away my sorrows or celebrate victory either way,” says Shane Drexler, swirling the dregs of his beer glass.

Several too-close-to-call races and what looks like more of a blue whimper in the Senate keeps the mood at the Comet closer to a simmer. By the time I reach The Runaway, most pundits have called the Senate for Republicans and the House for the Dems, and the mixed group at the Neumos-adjacent bar turns away from the TVs and back to loud conversation.

Dance partiers waiting for Barboza to open flood the bar, streaming around John Alsop, who looks dazed and listless in his exquisitely patriotic polo, which has stars and stripes and bald eagles all over it. He’s drinking a matching PBR.

"I’m not so good ... but I’m ok,” he says, seeming to reflect the mood of many a donkey drinker. The House win feels clear and essential, but the defeats of most of the Dems’ new bright lights — Gillum, O’Rourke, Abrams — tarnished the party’s party.

Back out on the streets, though, I rediscover a political pulse. On the corner of Broadway and Olive, where one might usually hear loud cursing or Rainbow Children playing out-of-tune guitars, I stumble into an in-depth discussion of ranked-choice voting. Sam Walker, a three-year Capitol Hill resident originally from Portland, Maine, explains the idiosyncrasies of his home state’s gubernatorial race to a friend. They’d just dropped off his ballot at the Seattle Central College box, strategically just under the deadline.

We walk-and-talk and he goes deep on the state of the House and Senate, whether 1631 will pass before peeling off to go to a friend’s house party.

At Neon Taco, results are mostly in. I attempt to exchange my voting stub for 50 percent off a carnitas taco, but the woman behind the counter tells me the midterm special’s over. This feels about right. One TV is already switched over to the Duke-Kentucky game. It’s clearly margarita time.

Still, one booth still whoops every time CNN flashes the royal-blue DEMS TAKE HOUSE chyron. Ashley Hink, a trauma surgery fellow at Harborview, clutches a Tecate and a Paloma, mostly ice. She just moved to Seattle a few months ago and filed an absentee ballot in South Carolina, where she felt she could make the most impact.

“I wanted to make my vote count, but it’s a very red district, and my guy is down,” she says. “I’m celebrating the House, but for me, it ended up being a heartbreaker.”

An influx of bros sends me to Fred Wildlife Refuge, site of Pramila Jayapal’s inevitable re-election hoedown (she absolutely pulverized opponent Craig Keller, 83.4 percent to 16.6 percent, once the first results were in). Swirling club lights and pounding techno bounce off a youngish, slightly nerdy crowd of supporters. Most of them are drinking cider or posing in a selfie-booth zone with goofy props.

"I wanted to go to the 1631 party [at the Arctic Room], but when it was losing I thought it would be less fun," says Alex, who requests I refrain from using his last name for this bit of blockbuster investigative reporting.

“I think all the polar bears in the corner would be too real,” says Cassidy F., another skittish source with a cider. “I’m glad we won, but it feels like wasted votes. Every time I see an election, I feel like I should move back to Florida. But I don't want to live there."

Just then, a representative tapped on the mic and reminded us we had five minutes left before the party shut down. Jayapal would not be making an appearance, it seemed. It was 9:54 p.m. and it was starting to feel like a Tuesday.

On my way home, I remember I forgot my credit card back at Neon Taco/Nacho Borracho. Swimming through a now-swelled crowd, I see Hink again with a fresh Paloma. “My guy is up!” she shouts.

Hope springs eternal in the Republic, and its bars.