With more seats to work with, the party is positioned to move on environmental policy, health care and capital gains. 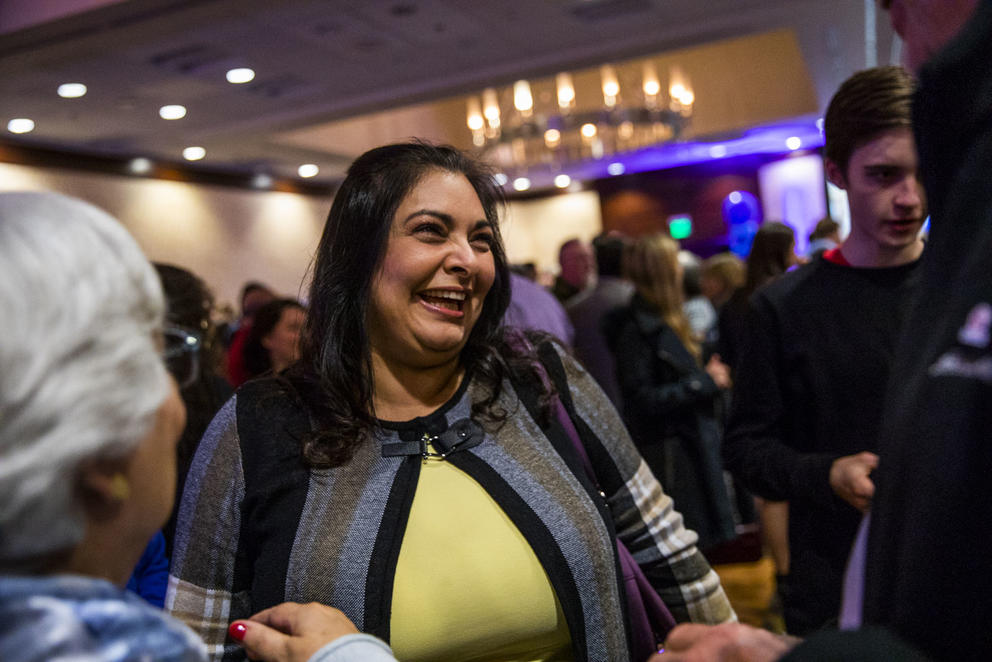 State Senator Manka Dhingra greets supporters during the Democratic results reception at the Hilton Bellevue in Bellevue, Wash. Dhingra's win in a 2017 special election gave Democrats the majority in the state Senate. On Tuesday, she won her re-election bid as her party added more seats to its majority. (Photo by Dorothy Edwards/Crosscut)

For the Democratic party in Washington, this election was not a matter of taking power on the state level. It wasn’t even a question of keeping power — an impressive primary performance and big cash haul left little doubt that the party would retain control of both the state House and Senate. Rather, the question was exactly how many more seats the party could secure in the election and then, of course, what they would do with them.

The initial ballot drop on Tuesday night brought some clarity to the first question, with the House Democrats increasing their two-seat majority by at least three — with another three GOP incumbents in races too close to call. Senate Democrats, meanwhile, saw their one seat edge increase by one with another three Republican-held too close to call.

If they hold, these gains will further embolden a state Democratic party that occupies as the governor’s mansion, as well as holding majorities in both chambers of the legislature — the state is one of just six where the Democratic party had complete control going into election night.

House Minority Leader JT Wilcox, R-Yelm, told Crosscut that he had braced himself for the loss of seats. “We will continue to bring up issues that are less ideological and more practical,” he said, before expressing concern that Seattle legislators would dominate the next two years of the legislature.

“Whether or not Seattle calls every shot may be up to Frank Chopp,” Wilcox said of the Seattle-based House Speaker.

Sen. Jamie Pedersen, D-Seattle, dismissed such concerns. “There are exactly two legislative districts in Seattle, and five that are partly in Seattle,” he said. “The vast majority of the districts are outside of Seattle. … We have to listen to people from all over the state.”

The stage was set for Democratic pickups back in August, after the primary showed that two dozen Republican-held house seats were vulnerable — and that 10 of those seats were actually leaning toward Democratic challengers. As Ben Anderstone wrote in Crosscut at the time, the GOP showing was “bad enough to upgrade the political surf forecast from choppy to a dreaded electoral wave.”

Contacted after the initial returns, Anderstone said that the general election wave was less severe than the primary suggested it might be. “It was a good year for Dems,” he said, “but it was a point or two to the right of the primary results.”

The preliminary election night results show a Democratic party making gains in suburban areas. In particular, the party appears to have done well in split districts — those that sent members of both parties to Olympia for past two years. Also noteworthy are some districts that have been firmly Republican that are now wavering — all three seats at play in Whatcom County's 42nd District, regularly a Republican enclave, are too close to call.

With narrow majorities in each chamber during the 2018 session, Democrats had trouble moving some controversial legislation to a floor vote. Included in that bunch was a proposed carbon tax, which died behind the scenes in the 2018 session after party leaders were unable to line up votes from the party’s moderates.

With a similar citizen initiative failing on Tuesday’s ballot by a margin of 10 points, it would be reasonable to think that the legislature could revive a carbon tax or fee in the next session.

Rep. Joe Fitzgibbon, D-Des Moines, who led the carbon tax effort in the 2018 session, was cautious Tuesday about saying whether that proposal might be revived with the extra Democratic votes available. Yet he did speculate that the additional seats will likely mean more movement on environmental issues in the 2019 session, pointing to possible legislation on low-carbon fuel requirements, plastic pollution and orca recovery.

Pedersen expects that a proposed new bridge across the Columbia River at Vancouver and Portland — scuttled by the GOP-dominated Senate in 2015 — will be revived. He also speculated that an often-stalled capital gains tax legislation could survive the Legislature with the extra Democratic votes.

Pedersen and Fitzgibbon both said they also expect a significant number of health care and mental health bills to be introduced by the newly emboldened Democratic majority.

Mossback’s Northwest: When the 'boys in the boat' raced Swinomish paddlers

How a race between rival crews brought Native and UW paddlers closer to the sport — and each other. 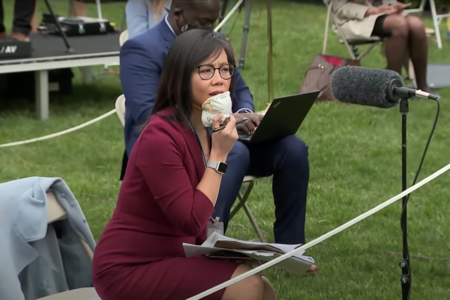 How to respond to Trump's racism

Two UW psychologists break down why reporter Weijia Jiang’s response to the president was so effective, and how others can emulate it.