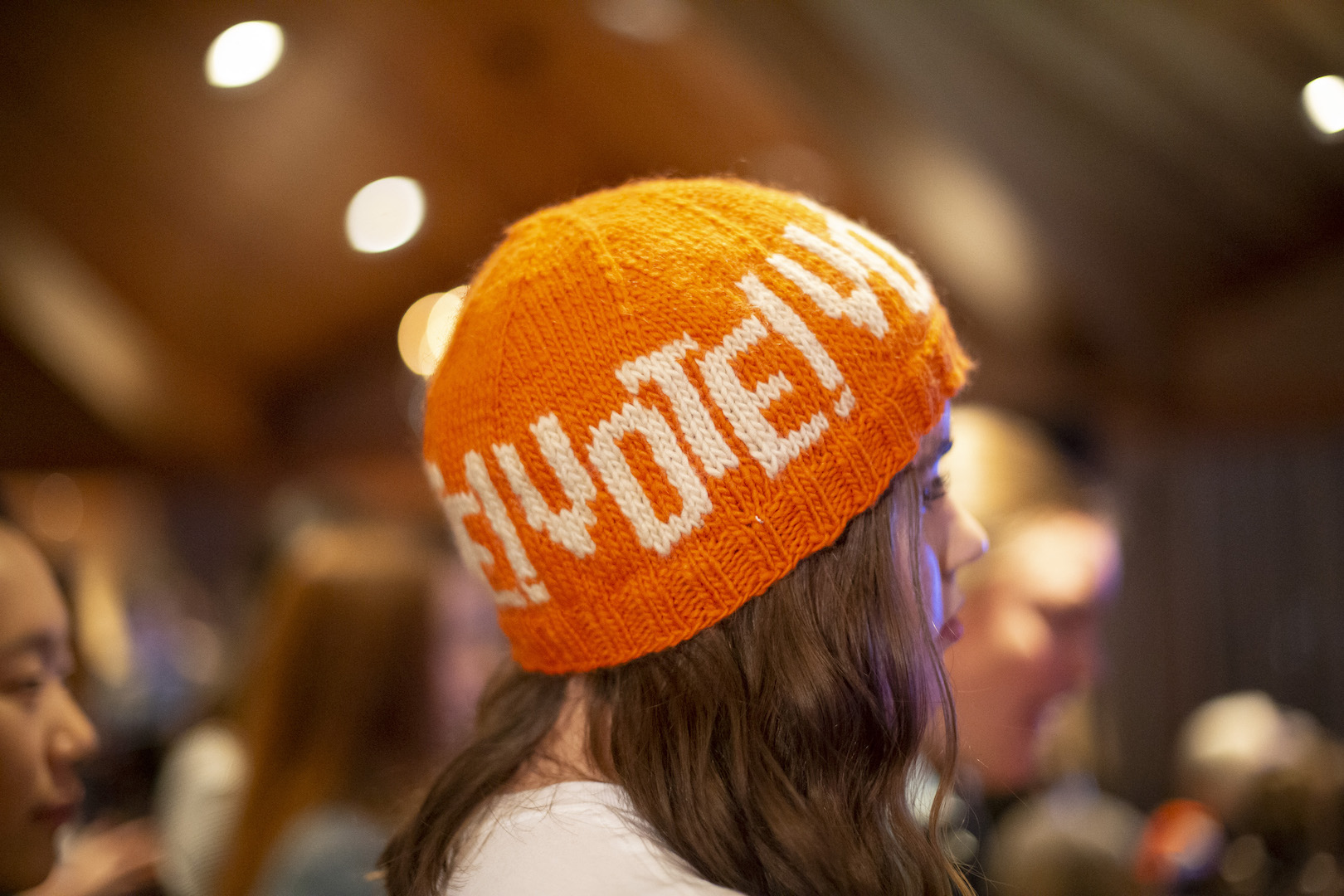 Emilia Allard listens to a speaker during the Initiative 1639 election night party at the Edgewater Hotel in Seattle, Wash. on Tuesday, Nov. 6, 2018. I-1639 is a gun reform proposal, one of the most significant of its kind in state history. (Photo by David Ryder for Crosscut)

Niko Battle’s high school experience has been defined by gun violence. When he was a sophomore, a 19-year-old brought a gun to a house party and shot four people, killing three of them.

When he was a junior, a student had planned a shooting at another high school in the community but was stopped by his grandmother, who discovered the plans and turned him in. Then during his current senior year at Mukilteo’s Kamiak High School, there was an incident at a football game where someone fired shots into the air. Coupled with the mass shootings at high schools around the country, Battle said there’s a cumulative impact that’s created a culture of fear for students.

“It’s not OK when gun violence has defined a generation,” he told a crowd of initiative supporters gathered at an Election Night party at Seattle’s Edgewater Hotel

Wanting to do more than live in fear, he and his friends helped start a nonprofit, We Won’t Be Next. And though he wasn’t even old enough to vote this election, he also volunteered with the Initiative 1639 campaign, knocking on doors and calling voters in an effort to pass a suite of new, more stringent gun control measures in Washington.

The work of teens like him and others in support of the initiative paid off on Tuesday night. Backed by a wave of local and national campaign donations, along with the sense of urgency spurred by the headline-grabbing mass shootings in Pittsburgh, Parkland, Las Vegas and in Washington communities, the gun control measure took a strong, likely insurmountable lead in early results. Of the ballots counted statewide Tuesday night, Initiative 1639 led 60.3 to 39.6 percent.

Despite growing national support for stricter gun laws, Washington was the only state with a gun control measure on the ballot this election. Its passage makes Washington’s gun regulations some of the strictest in the nation.

I-1639 raises the minimum age to buy a semi-automatic firearm from 18 to 21. It also requires buyers to pass a more thorough background check, go through a 10-day waiting period and complete a training course. The suite of new regulations also contains a “dangerous access prevention” law that increases liability for gun owners who don’t securely store their weapons. If a weapon ends up in the hands of someone banned from owning a gun, for example, the legal owner could be charged with a felony.

These aren’t Washington’s first gun control laws. A Boston University report found 43 gun-related regulations on the books in the state. In 2014, voters approved a new requirement for background checks on private gun sales and in 2016 they approved a measure that allows courts to temporarily block people from buying firearms if they’re deemed to be a danger to themselves or others.

The passage of I-1639 puts Washington’s gun control in line with California, Hawaii and Massachusetts — the states with the nation’s strictest gun control policies.

I-1639’s opponents raised $723,000. Bellevue’s Citizens Committee for the Right to Keep and Bear Arms was the largest donor, contributing $20,000 in cash and $223,855 through in-kind services. The National Rifle Association gave $200,000, even though it appears the group has scaled back on campaign spending during this election. Time magazine reported that as of Nov. 1, the NRA had spent $11 million on this year’s midterms, less than half of what it spent in the 2014 midterms and a fifth of its 2016 presidential election donations.

In an interview with Crosscut in October, Dave Workman, senior editor of TheGunMag.com, a publication owned by the 2nd Amendment Foundation, said he had many issues with the initiative, including the overly broad category of weapons that are “semi-automatic.” It not only includes assault weapons such as AR-15, he said, but types of common hunting rifles. His biggest issue was the minimum age limit requirement for semi-automatic firearm purchases, which he said is “stripping away the constitutional right of people of voting age.”

But for the teen volunteers of I-1639, the campaign was about reducing the threat of school shootings they’ve lived with their whole lives. “I graduated last year,” said Emilia Allard, volunteer and co-founder of Seattle’s March for Lives Chapter. “But I have four younger sisters in school still and I want them to live without fear of school shootings.”

Rainier Beach High School Senior Ola Jackson said she has experienced the impact of gun violence first hand. She wiped away tears Tuesday evening in front of the crowd as she explained that, “the movement chose me when my 1-year-old baby cousin was killed in a drive-by shooting.”

“It’s important to reduce access to these weapons of war,” Battle said in an interview Tuesday. Gun violence, he continued, is “ravaging my community of students” and it has a disproportionate impact on communities of color. Battle is African American.

Though the initiative passed, its final outcome is likely to drag beyond November. Opponents have already been mulling lawsuits, mostly on the accusation that raising the purchasing age of firearms is a constitutional violation.

It would not be the first legal battle faced by the initiative. Opponents challenged the measure to try and block it from the ballot. A Thurston County judge sided with them in August, tossing out the measure. But the state Supreme Court overturned that ruling.

Workman said he thought, “there is a strong likelihood that it may attract a couple of different lawsuits.”

The Yes campaign is ready to fight.

“There’s likely going to be additional work to get it implemented,” said Paul Kramer, the initiative’s citizen sponsor, whose son was injured in the 2016 Mukilteo shooting. “It’s not necessarily a slam dunk. But I have every intention to see it through to the end.”