The Trump administration and the broadband industry are suing California for the right to slow down internet service. Could Washington be next? 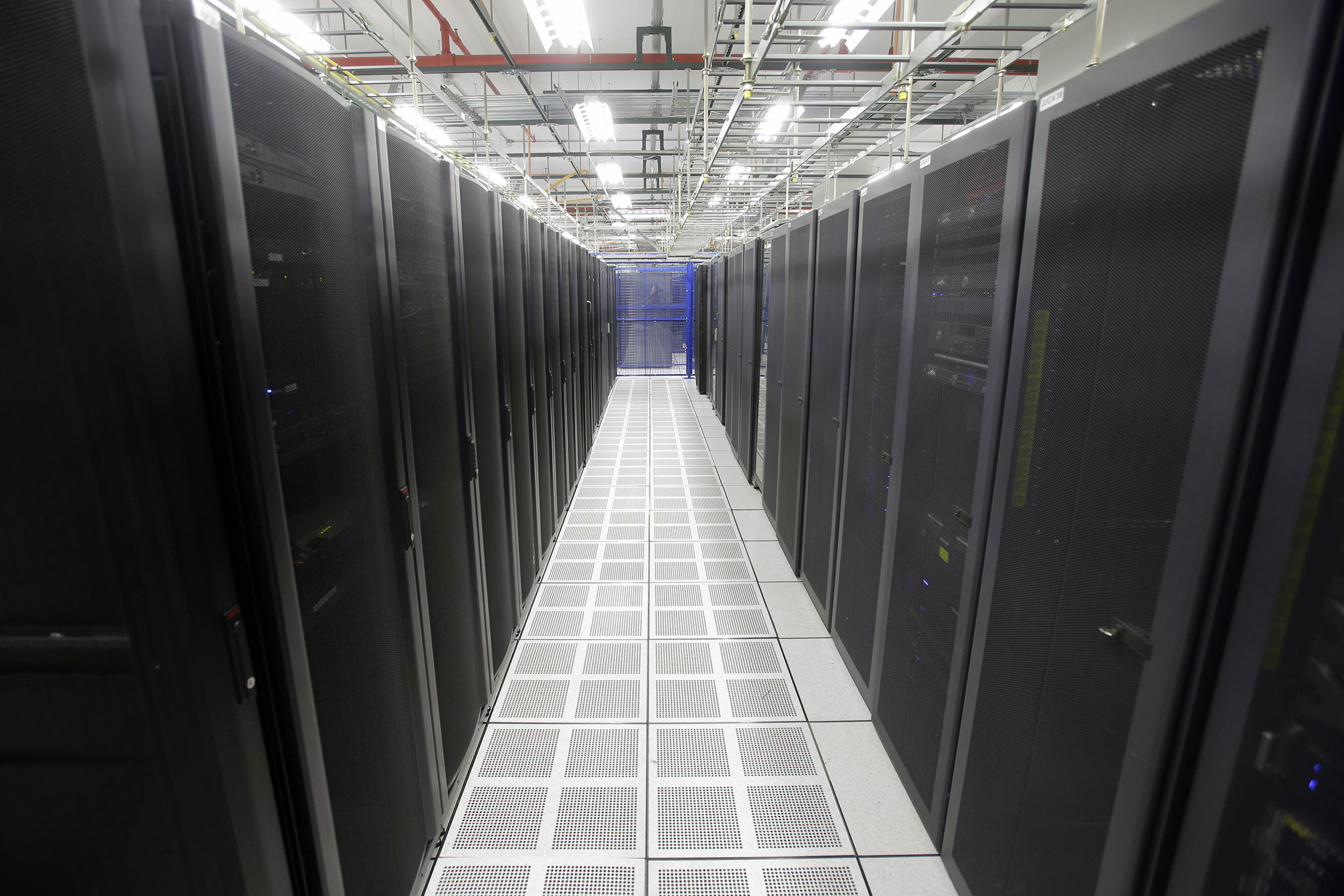 In this Aug. 29, 2014 photo, rows of servers are lined up at a data center in Cleveland. (Photo by Mark Duncan/AP)

In late September, California Governor Jerry Brown brought net neutrality back to his constituents with a flick of his pen. In doing so, he ushered the Golden State into a growing group of states seeking to prevent internet providers from stopping or slowing down internet service for some users. Then the Trump administration sued.

The lawsuit, filed in U.S District Court for the Eastern District of California on the same day that Brown signed the new law, argued that California was illegally bucking a 2017 ruling by the Federal Communications Commission that nullified net neutrality on the federal level. The suit amounted to a kind of warning shot for the numerous states that had passed similar laws in 2018, the first of which was Washington state.

The California law is nearly identical to legislation passed by the Washington Legislature at the beginning of the year, and so Attorney General Bob Ferguson is preparing. His office is planning to file a friend-of-the-court brief in support of California’s defense, a spokesman told Crosscut. And the office is bracing itself for potential lawsuits against Washington’s net neutrality law.

Gov. Jay Inslee has also signaled the readiness of the state, which is no stranger to litigation that pits it against the occupant of the White House — the attorney general has filed more than 30 lawsuits against the Trump administration so far. "Bring it on,” he told KEXP earlier this month. “If the president sues us, we’ll be ready."

The debate over net neutrality began in 2015 when the Obama administration’s Democrat-controlled Federal Communications Commission voted 3-2 to install nationwide regulations that required broadband providers to guarantee equal access to the internet.

Prior to that, federal regulations did not guarantee net neutrality, nor address the concept in depth. The net neutrality rules were an outgrowth of concerns that broadband providers could hamper the delivery of some websites and online services or charge customers for better service or certain content, unbalancing the internet's level playing field, which has allowed both access and innovation. Opponents of net neutrality argued that the new regulations would discourage competition and hamper the ability of broadband providers to innovate.

It was that logic that drove a late-2017 decision by the Trump administration’s GOP-tilted FCC to revoke the federal regulations by a 3-2 party-line vote.

In response, states have taken up the matter. Washington took the lead in early 2018 when it passed the nation’s first state net neutrality law by a bipartisan vote in the House (93-5) and the Senate (35-14). California and Oregon legislatures passed similar laws. This year, the governors of Vermont, Rhode Island, New York, New Jersey, Montana and Hawaii signed executive orders doing something similar, if to a lesser degree — these orders mostly require state agencies to use internet service providers that provide net neutrality.

Washington’s law, derived from a bill by Reps. Drew Hansen, D-Bainbridge Island, and Norma Smith, R-Clinton, forbids internet providers from blocking content, degrading or slowing (called “throttling”) traffic on the basis of content, or to favor some traffic over others. Also, internet providers in Washington are required to disclose information about network management practices, performance and commercial terms. The attorney general’s office enforces the law — which has already been implemented — under the state Consumer Protection Act.

In addition to potential threats from the federal government, Washington could also face a challenge from the broadband industry. Last month, several broadband associations filed a lawsuit against Vermont over its new net neutrality regulations — which are more lax than Washington’s because the Vermont’s rule applies only to providers with state government contracts.

CTIA, the leading group in the suit, declined to comment on the litigation, but referred to a statement it released on Oct.2.

“We oppose California’s action to regulate internet access because it threatens to negatively affect services for millions of consumers and harm new investment and economic growth. Republican and Democratic administrations, time and again, have embraced the notion that actions like this are preempted by federal law. We believe the courts will continue to uphold that fundamental principle,” the statement said.

Last February, Gerard Keen of the CTIA and Ron Main of the Broadband Communications Association of Washington testified to the Washington House Technology & Economic Development Committee. They argued that if Washington establishes its own bastion of net neutrality, it could be the start of a patchwork of different internet laws that vary from state to state. They said such a system would constrain internet service, while also breaking federal interstate commerce laws.

“Based on the way some people have talked about the (2017 FCC order), you might think that the FCC eliminated federal rules that had always applied to internet services and that the federal government has left consumers without any protections,” Keegan told the committee. “But that is just not the case. The internet was not broken before 2015, and it will not break because of the FCC’s most recent decision.”

Keegan and Main also maintained that broadband providers don’t have discriminatory practices that favor some providers or content and that they have pledged not to adopt such policies in the future. In response, Rep. Richard DeBolt, R-Chehalis, said, “I don’t see why you oppose a bill that prohibits you from doing something you don’t do.”

Keegan said at the February hearing: “The likelihood of a lawsuit is great.”

Legislators, for their part, are standing by their law. “We continue to have high confidence that it will survive a challenge. It really reflects what the people want,” said Rep. Norma Smith, the Republican from Clinton who co-author Washington’s net neutrality law.

The high cost of power likely doomed talks to bring back the plant, which would rekindle 700 jobs.