Why Seattle City Council should approve the police contract 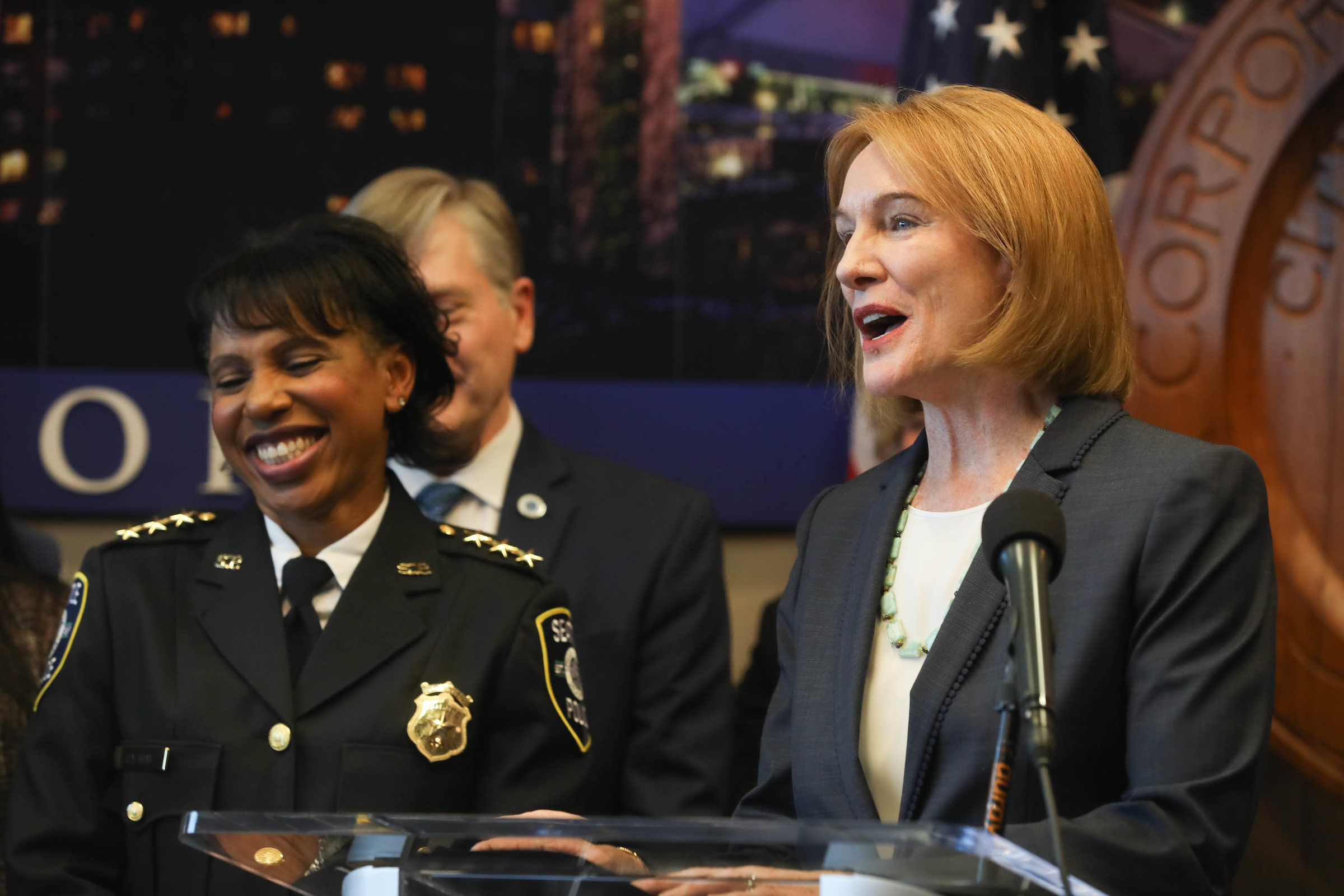 I was a member of the Seattle City Council when the U.S.Department of Justice (DOJ) began its investigation of our police department. In fact, I urged then-U. S. Attorney for Western Washington Jenny Durkan to launch that investigation.

Along with Councilmembers Bruce Harrell and Sally Clark, I was part of the council team that worked with the DOJ, the mayor, the city attorney, and police leadership to reach an agreement between the city and the DOJ in 2012, which is now commonly referred to as the settlement agreement or consent decree. And I worked very closely with Councilmember Lorena González in 2017 to craft the accountability ordinance the council adopted that increases civilian oversight of the police department and aims to strengthen public confidence in our officers.

I care deeply that police services in Seattle are delivered professionally and effectively, consistent with the Constitution and the laws of our country, state and city. I want all people, including the most marginalized, to be treated fairly and with dignity by our officers. And, I care about our police officers. I want them to be compensated appropriately and given the respect they so rightly deserve — after all, we ask them to serve in a job that most of us would never perform ourselves.

This is why I believe the city council on Tuesday afternoon should approve the proposed collective bargaining agreement with our police officers.

The contract brings officer compensation up to a competitive level with nearby cities. Importantly, it keeps Seattle officers near the middle (fourth) of the seven comparative cities on the West Coast that historically have been used as a benchmark for compensation. (Those cities are Long Beach, Oakland, Portland, Sacramento, San Diego, San Francisco and San Jose.) Updated compensation will surely help with recruitment of new officers and help slow the loss of current officers who are lured away by higher salaries and signing bonuses.

The contract unquestionably continues the reform process that began in 2012 and includes significant changes that will increase civilian oversight of police services. It formalizes the roles of the Inspector General for Public Safety and the Office of Police Accountability (OPA), affirms the role of civilian supervisors and investigators in OPA, makes the disciplinary systems and processes more transparent, and resolves confusion and conflict related to officer appeals of discipline. The contract also recognizes and strengthens the authority of the Chief of Police in management of the police department. And, the contract allows for full implementation of body-worn video cameras by officers, a known tool for improving police services and public confidence.

As with all collective bargaining agreements, during the back and forth of good-faith negotiations, the city didn’t get everything it wanted, but, in my opinion, it got enough. The negotiation process was tough, yet respectful. It honored the work our officers do every day and recognized their collective bargaining rights under Washington law. The result is a fair contract for our police officers that the public can have confidence in.

Admittedly, there are some elements of the contract that need further work. For example, the standard of review when discipline is being appealed by officers is nebulous. It would be fairer to officers and the public to have a clear, uniform standard for all cases. While many needed adjustments to the 180-day investigation rule are included in the contract, there is still ambiguity in some circumstances and these should be clarified. How OPA coordinates and plans for their own investigations when there is also a criminal investigation of the same incident needs fixing. And, finally, the issues surrounding management and oversight of off-duty or secondary employment have unfortunately not been addressed in this contract, leaving this important matter unresolved. Ideally, the federal court overseeing the consent agreement will address these and possibly other issues when it passes judgment on the contract and the accountability legislation.

Others who care deeply about reform believe the council should reject the proposed contract, arguing that it doesn’t do enough to resolve longstanding issues related to police accountability. But rejecting the contract will spark a fierce legal battle centered on public employee rights under Washington law, a grueling process we should avoid because it will take months, if not years, to resolve, and our officers have already been working without a current contract for nearly four years.

City council rejection of the contract will also block implementation of the reforms that are included in the proposed contract, and they are substantial. Rejection is an all-or-nothing approach that doesn’t reflect the practicality of collective bargaining and management-labor relationships.

Let’s recognize that reforming police services and ensuring their effectiveness never ends. It’s a process of continuous improvement, guided by the expectations of the public and the demands of the law. It’s not an all-or-nothing, one-step exercise.

Approving this contract is yet another positive, forward-looking step that builds on the substantial reforms already achieved since 2012. I urge my former colleagues to approve this contract and keep city government moving forward to achieve the quality of police services all the people of Seattle deserve.