Best of 2018: Hey MSN, this is what a real Seattle dive bar looks like

You call that a dive bar? What MSN’s pick says about Seattle. 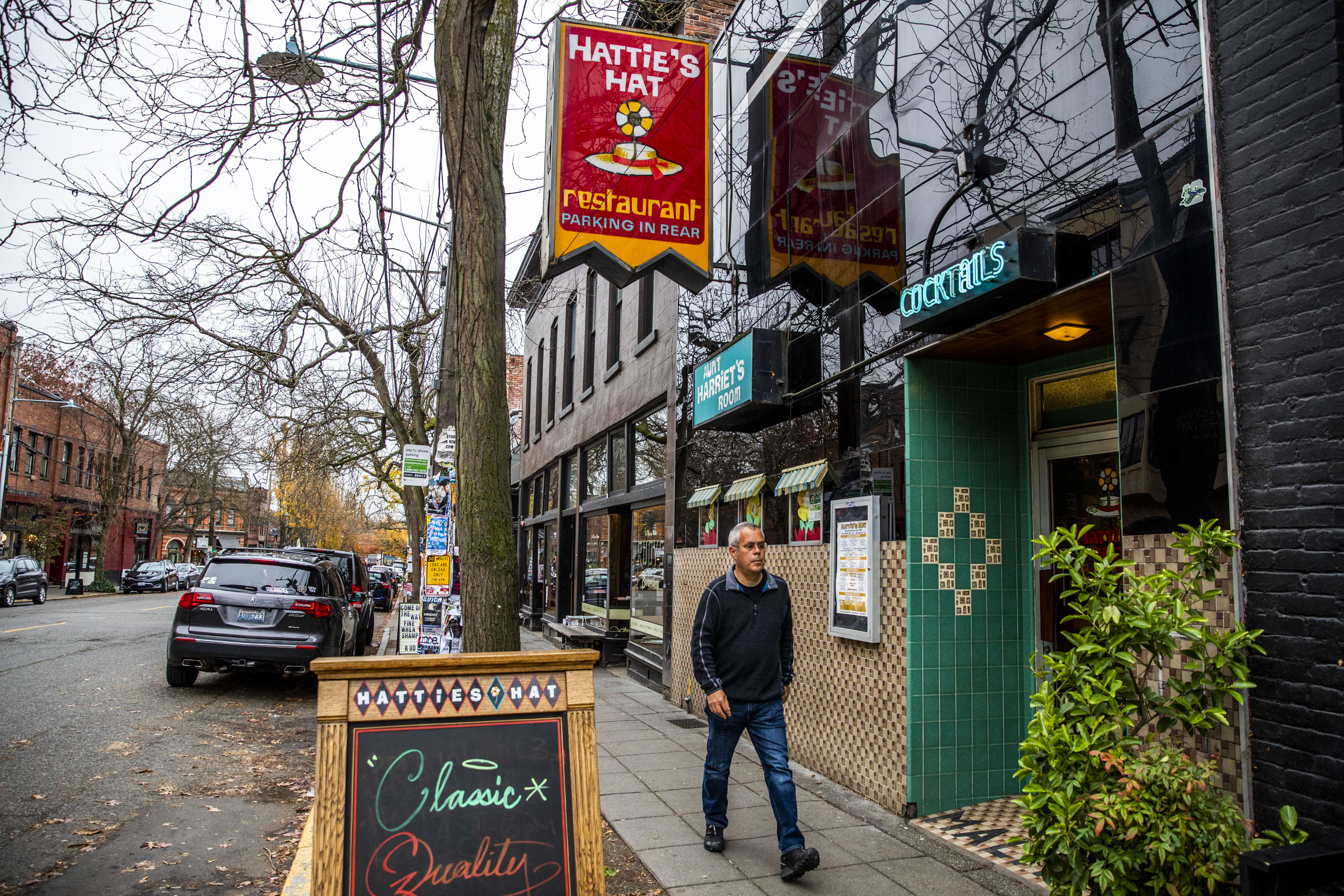 Last week, MSN.com published a list of “incredible dive bars” in each state, proclaiming that “nearly every city has that one place where locals gather for a good chin wag or just to unwind, and they almost always reflect the true, unvarnished spirit of the community in which they’re located.”

Prior to the actual list of dives, the article establishes “a few things that set dive bars apart” — things like “a spate of regulars, many of whom are old-timers and know each other well,” “a lingering smell of stale beer,” “a fine layer of dust,” “beer in bottles, but preferably in cans,” “relaxed setting, if not downright dumpy,”  “neon beer signs,” “friendly bartenders” and “no hipsters or tourists, except for you.”

Ballard’s King’s Hardware is a popular drinking establishment that percolates with tipsy hipsters on weekends. It’s certainly gunning for a relaxed, retro feel with taxidermy, skee-ball and the like, but its relative cleanliness and youthfulness should ensure that nobody confuses it with being an actual, dyed-in-the-wool dive bar.

Charitably measured by MSN’s own dive criteria, King’s meets maybe a third of them. Yet when one scrolls to the bottom of the alphabetized list to reach the most incredible dive bar in Washington state, it’s — surprise! — King’s Hardware.

The blog MyBallard.com noted MSN’s selection in a post earlier this week and readers’ reactions were virtually unanimous: King’s is not a dive bar. “What do the Smoke Shop, the Sloop Tavern, Thunderbird Tavern, the Waterwheel Lounge ... Mike’s Chili Parlor, and the Lock & Keel Tavern all have in common?” wrote Dan Halligan. “They are Ballard dive bars. And King’s isn’t one of them.” 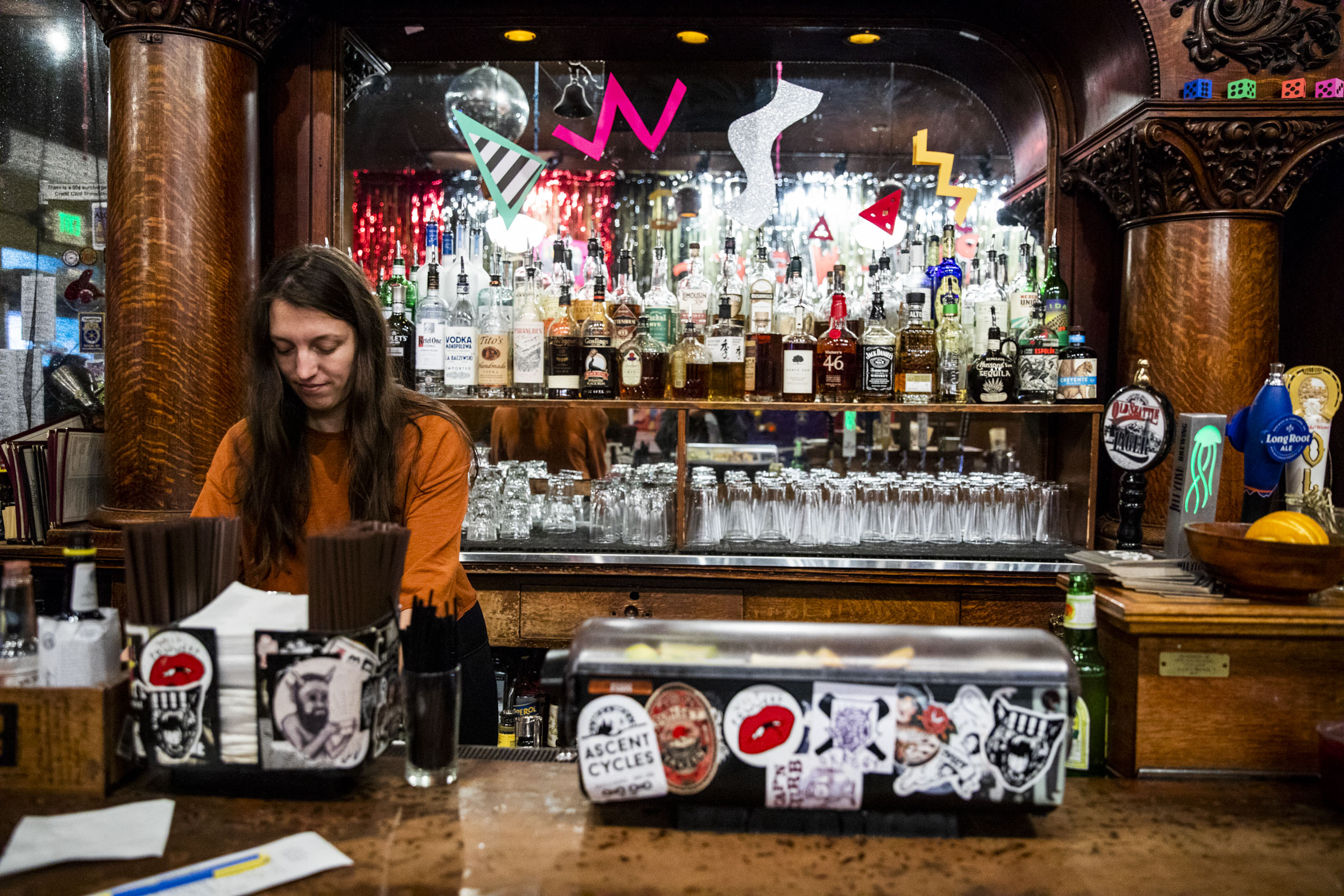 Let’s start right there — in Ballard. Even if one were to argue that King’s were a dive bar, it wouldn’t even be the best one in its own neighborhood — or on its own block (that’d be Hattie’s Hat, a long-in-the-tooth lounge-diner with a vintage western mural, stiff whiskey pours and chicken-fried chicken that’d do a cowboy right.) Yet MSN’s listicle proffers that King’s is the most ink-worthy dive bar not only in the entire city of Seattle, but in the entire state. Have these people even visited Tacoma, Centralia or Spokane?

The near-certain answer to that question is “no.” Examine MSN’s listicle closely and one realizes that it’s the product of a New Jersey-based content farm called Mediafeed. The listicle’s author/curator is an executive editor named Constance Brinkley-Badgett, who graduated from Texas A&M and is based in Austin. Mediafeed founder Michael Schreiber told me that “Constance has been to” King’s. But it’s a safe bet that she’s not an authority on our state’s dive-bar culture — and there’s no evidence that she reached out to an in-the-know local to inform her pick.

One national outlet that did just that is VICE. I know this because they had me cover Seattle for a new Best Dive Bars in the U.S. series called “Deep Dive.” (I picked Mike’s Chili Parlor, a low-slung, brick establishment that got its start as a humble cart on the shores of the Lake Washington ship canal in the 1920s.) VICE’s Houston dive bar expert was John Nova Lomax. Our qualifications: We’ve each written books about the best dive bars in our respective hometowns.

Mine was published in 2009. In the nine years since its release, roughly half of the 100 dive bars featured have closed their doors, for a handful of reasons — an owner or landlord selling out to a developer, the rent being too damn high.

But customer demand for such unequivocal authenticity has hardly waned, with westside watering holes like New Luck Toy and Dottie's Double Wide marketing themselves as dive bars, albeit of the pre-fab sort.

Ironically, it was King’s owner, Linda Derschang, who brought this sort of bar to Seattle when she opened Linda’s Tavern on Capitol Hill in 1994. From its first pour, Linda’s — a dark, cozy bar with loud music and chuck wagon-style comfort food — felt lodge-like and lived-in. But, in reality, it wasn’t; it was brand new.

Not anymore: Seattle’s a relatively young city, and 24 years in a neighborhood that’s changed dramatically since its inception is nothing to sneeze at. If MSN wanted to tout a bar from her establishment empire, it might have gotten away with tapping Linda’s. And if I were to write my dive bar book now, Linda’s would certainly be considered for inclusion. (In fact, I had it on a list of “Ghosts of Dive Bars Future” toward the back of my book.)

While there’s no fixed definition for a dive bar, Mike’s Chili Parlor owner Mike Semandiris summed it up pretty well when I interviewed him. “I feel like it’s really important to cities to have places that have a heartbeat and some history and tell a story,” he said. I’d go so far as to add that a dive bar is a state of mind — you know when you’re in one and you know you’d miss it to pieces if it ever went away. Mike’s, Hattie’s, The Sloop, The Smoke Shop, The Waterwheel, Golden City — bars where the old-timers are actually old, where the vinyl on the stools is worn and torn, that poured Rainier and Olympia back when the beer was actually brewed locally — they all accomplish these objectives within a stone’s throw of King’s, which will take a while to get there, if it ever does.

In fairness to MSN, plenty of websites do just what it did. But what makes the selection of King’s particularly galling is that the website is operated by Microsoft, which, of course, was started in Redmond. That it can’t even invest the time to make an informed pick in its home state speaks volumes to the sorry state of clickbait culture.

But does King’s “reflect the true, unvarnished spirit of the community in which they’re located,” one of MSN’s preordained criteria for what makes a dive bar great? I’d like to think it doesn’t, but I fear it might. As affluent interlopers push old-timers — residents and businesses alike — out of the city, that spirit gets increasingly polished, fragile and susceptible to fracture. Let that serve as a call to action for longtime Seattleites who are wondering where to stop in for their next cold one.