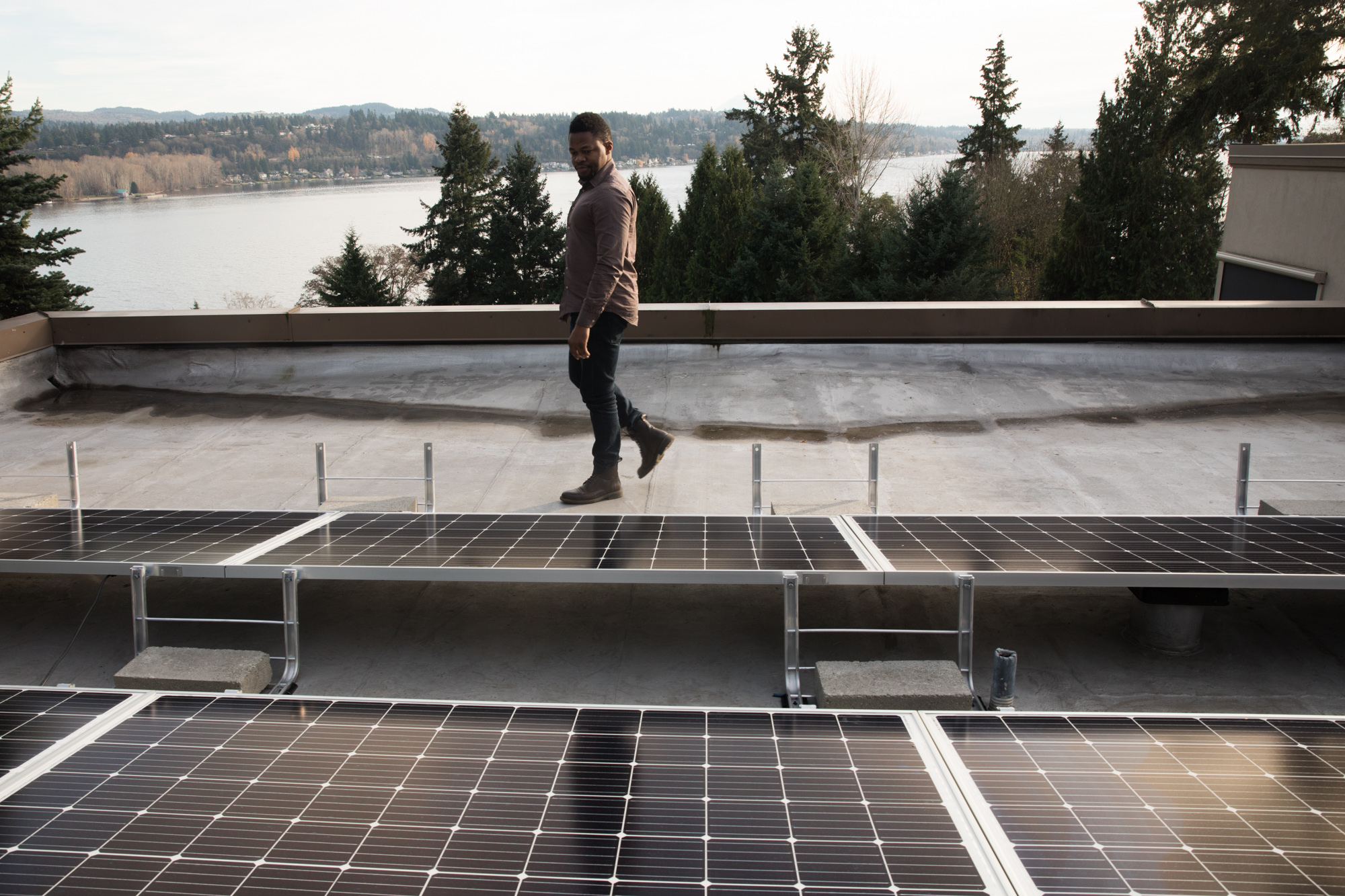 The week Hurricane Maria hit Puerto Rico in October 2017, Mark Méndez found himself talking to a friend, Edwin Wanji, in North Seattle’s Hellbent Brewing. While disaster stories and images inundated local TV stations, Méndez knew his own father, the mayor of a Puerto Rican town of 60,000 called Aguadilla, was scrambling to find residents food and water.

With his father and other members of his family on the island, Méndez wrestled with how best to respond to a distant crisis that struck so close to home.

“I wanted to do something that was long term and sustainable,” he says. “But we’re pretty much as far away from Puerto Rico as you can be in the States.”

Most Seattle nonprofits that launched relief efforts in response to the disaster followed the nationwide inclination to address the urgent needs of the island, like sending food, water or medical-aid kits. A fundraiser hosted by Puerto Rican restaurant La Isla in Ballard raised about $40,000 to fund immediate relief.

But as Wanji told Méndez at the time, food and water couldn’t solve one issue: Puerto Rico had gone dark. Electricity on the island wouldn’t be completely restored until the following August, marking almost an entire year without easy access to lights, working refrigerators, television and pretty much any other modern convenience requiring a plug. As the founder of residential solar company Sphere Solar Energy, Wanji knew how important solar could be in creating energy stability: He’s organizing the installation of solar panels on a Haitian orphanage and has plans to launch projects in his birthplace of Kenya. He was even responsible for the solar panels gracing the roof of the very brewery they were sitting in.

Early recovery efforts focused on rebuilding Puerto Rico’s electrical system exactly as it was before. But to Wanji and Méndez, that seemed like patching up a major wound with a band-aid.

It’s kind of a battle for the future. ”
— Mark Méndez

“In terms of rebuilding with a hurricane, this will happen again, and I’m sure it won’t be the last time,” Wanji says. “We have the power to demonstrate and showcase the potential of a system that can withstand some of these disasters.”

The two started talking. Soon their duo expanded into a group, as the owner of Hellbent and nine other Washingtonians with or without Puerto Rican heritage joined forces to create the nonprofit Solarize Puerto Rico. Since their first fundraiser in October 2017, they’ve raised around $20,000 from hundreds of supporters to fund what will eventually be a $60,000 solar project aimed at powering an ecology-focused school on the island.

In the process, Solarize Puerto Rico joins other nonprofits and companies like Tesla that hope to make Puerto Rico a shining example of what a solar energy overhaul could accomplish.

“It’s kind of a battle for the future,” Méndez says.

Out of the dark

In the months since Hurricane Maria hit Puerto Rico in September 2017, solar expeditions like the one spearheaded by the University of Washington have outfitted various locations on the island with a new energy infrastructure. Puerto Rico is the perfect laboratory for a solar overhaul: The island sees sun for 65 percent of its daylight hours, and its energy system was already in dire need of an upgrade. While only two percent of Puerto Rico’s energy supply came from renewable sources in June of last year, Gov. Ricardo Rosselló has expressed interest in upping that usage to 40 percent.

But solarizing an entire island involves much more than just shipping a crate of solar panels across an ocean. Solarize Puerto Rico project manager Mario Pozzo says there’s a lot to do before the panels can be installed.

“Step one is an energy retrofit,” he says. “Step two is the solar array.”

Last August, Pozzo journeyed to visit a candidate for retrofitting in Caguas, a town just south of the territory’s capital, San Juan. In many ways, the facility is perfect for solarization: Escuela Ecológica Niños Uniendo al Mundo is a Montessori school with a special interest in green education, and the architect of the school even designed its roof to accommodate future solar panel installation.

But much of the school requires updating in order to make solar a viable option. Installing panels into the school as-is, Pozzo says, would require more energy and funding than simply replacing old grid-based equipment.

“We couldn’t just slap a solar array on the school,” he says. “It was built with a lot of donated items — the fridges and appliances, they were all donated 20 years ago and haven’t been changed.”

Complications with solar hold true on a larger scale, too. The bigger and more interconnected grid systems get, the more vulnerable they are to future disasters. But Boston University’s Institute for Sustainable Energy director Peter Fox-Penner points out a more immediate concern: Solar is prohibitively expensive for most families and businesses to retrofit and install, causing them to rely entirely on outside funders (like Solarize Puerto Rico).

“Three-and-a-half million people would need perhaps 350,000 of these systems — at a price tag in the billions — to provide only a fraction of most families’ power needs,” Fox-Penner writes.

Wanji, who helps with the technical side of the project, says this has often been the biggest issue for prospective locations he’s aided through outreach.

“The knowledge is there, the need is there, but I think when it comes to cost, it becomes prohibitive to make the technology,” he says. “It needs to be a little more available [because] there’s definitely a huge need.”

To help lessen dependency on their nonprofit, Pozzo says Solarize Puerto Rico wants to partner with on-island solar companies and purchase the panels for the school and future projects through them. Although Wanji and others have expressed interest in visiting the school to help ease the process of installation when the time is right, they want to keep the school energy independent.

But even before retrofitting comes funding. Like most nonprofits born in response to disaster, Solarize Puerto Rico has had to ride the rising and falling waves of public interest in its project.

Laura Cancel, a board member of local organization Puerto Rico We Care, says her group has delivered over 20,000 items, from prepackaged food to school items, to the island this past year. But she says keeping up that energy is hard. The long-lasting effects of Hurricane Maria don’t always have a news peg, which makes it difficult to keep the public interested.

“When it’s a disaster relief and it’s something that currently is in the news, people donate, people want to help,” Cancel says. “But we don’t get [paid] for this. Since 100 percent of our donations go to the island, we depend 100 percent on donations.”

“As time went on, people dissipated back into their normal life,” Font says.

Locally, La Isla Foundation has focused on sponsoring and settling a Puerto Rican family who came to Washington after being displaced by the hurricane into a new apartment. “We hope that people continue to follow our progress,” Font says. 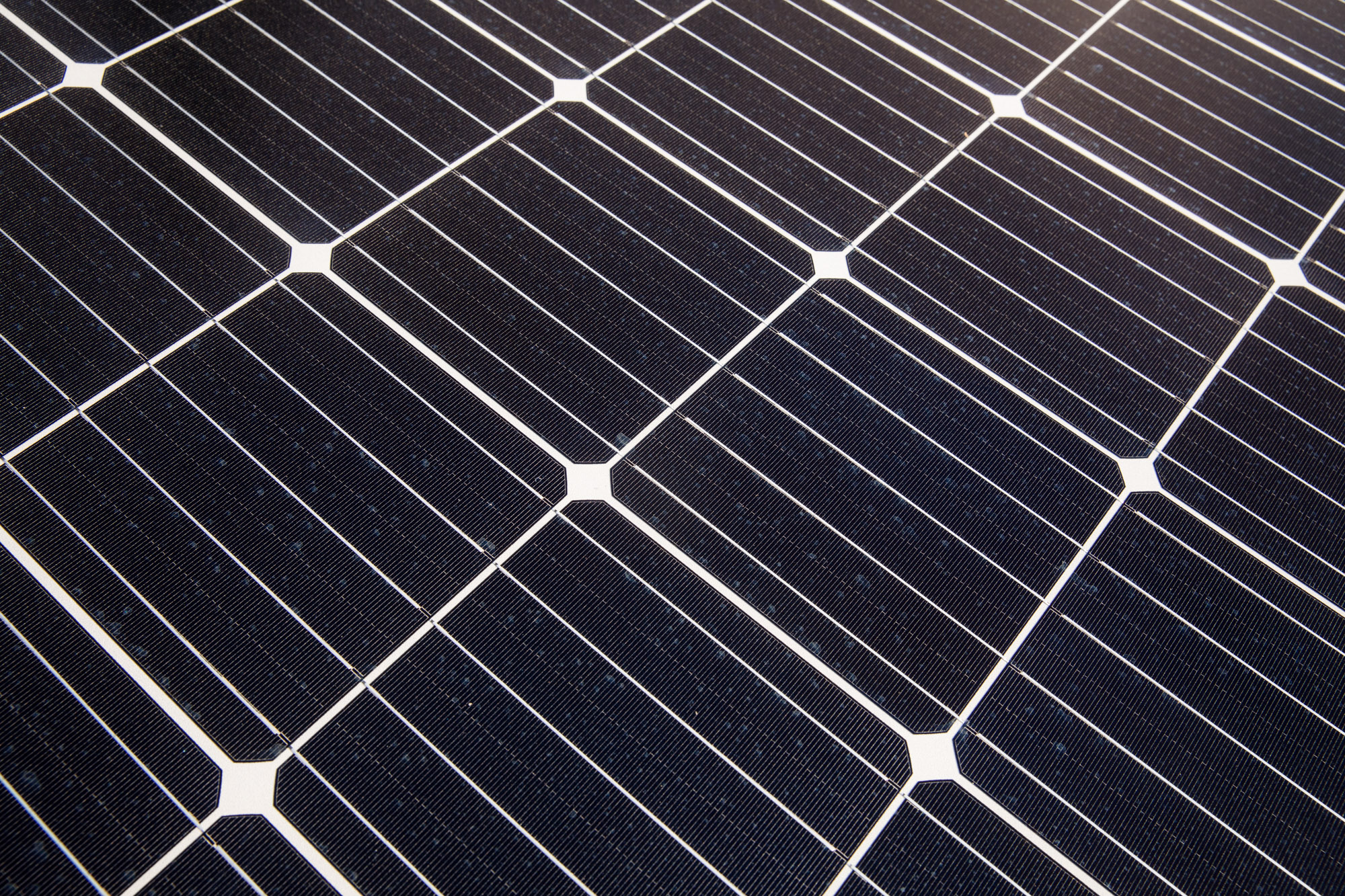 Solar panels seen on the roof of a home on Mercer Island, Dec. 7, 2018. (Photo by Matt M. McKnight/Crosscut)

Solar panels seen on the roof of a home on Mercer Island, Dec. 7, 2018. (Photo by Matt M. McKnight/Crosscut)

A Puerto Rican presence in Seattle

In the weeks before Hurricane Maria, Pozzo says he’d been watching the island like a hawk. As a Puerto Rican who also had lived through hurricanes and blackouts in Florida, he says the crisis felt particularly personal.

“Originally, [my family] kind of watched Irma come towards the island and we all collectively held our breath,” Pozzo says. “When it kind of veered, it was such a sigh of relief.”

And then came Maria. Pozzo knew that blackouts would lead to bigger problems than just losing television for a few days. The lack of power for hospitals that provide medical treatment contributed to the death of hundreds. Joining a group that wanted to fix that issue long term seemed like the natural conclusion for him in the disaster’s aftermath — despite the physical distance from the island, he says.

“When the hurricane happened, Puerto Ricans from every state came out of the woodwork to help,” Méndez says. “There’s way more Puerto Ricans in Seattle than I realized.”

Along with the increased visibility, he says he’s also seen a broader understanding of what being a Puerto Rican in the States even means. A year ago, nearly half of Americans polled by Morning Consult didn’t know that Puerto Ricans were U.S. citizens. Now, Méndez says he’s seen an increased awareness of Puerto Rico and its issues outside of disaster relief in a way that he thinks will stick.

At last year’s October fundraiser, Hellbent’s owner (and Solarize Puerto Rico board member) Jack Guillen says they’d recruited many of the nonprofit’s current members. This past Halloween, they hosted another fundraising party bringing in around 400 people and $3,500. Solarize Puerto Rico has another planned for Dec. 15 at which they hope will attract even more people and support.

Moving forward, Wanji plans to find additional partners interested in cultivating solar energy in Puerto Rico. He’s not aware of any other local solar organizations committed solely to Puerto Rico, but there are opportunities for collaboration. He thinks solar is a necessary puzzle piece for most projects, whether they be based on sustenance or structural inadequacies, aimed at uplifting areas in need.

“For anyone who’s doing any sort of mission with health care or agriculture, energy’s always going to be needed, and most of these places you go to it’s extremely unreliable,” he says. “[With solar], you’re creating energy independence.”