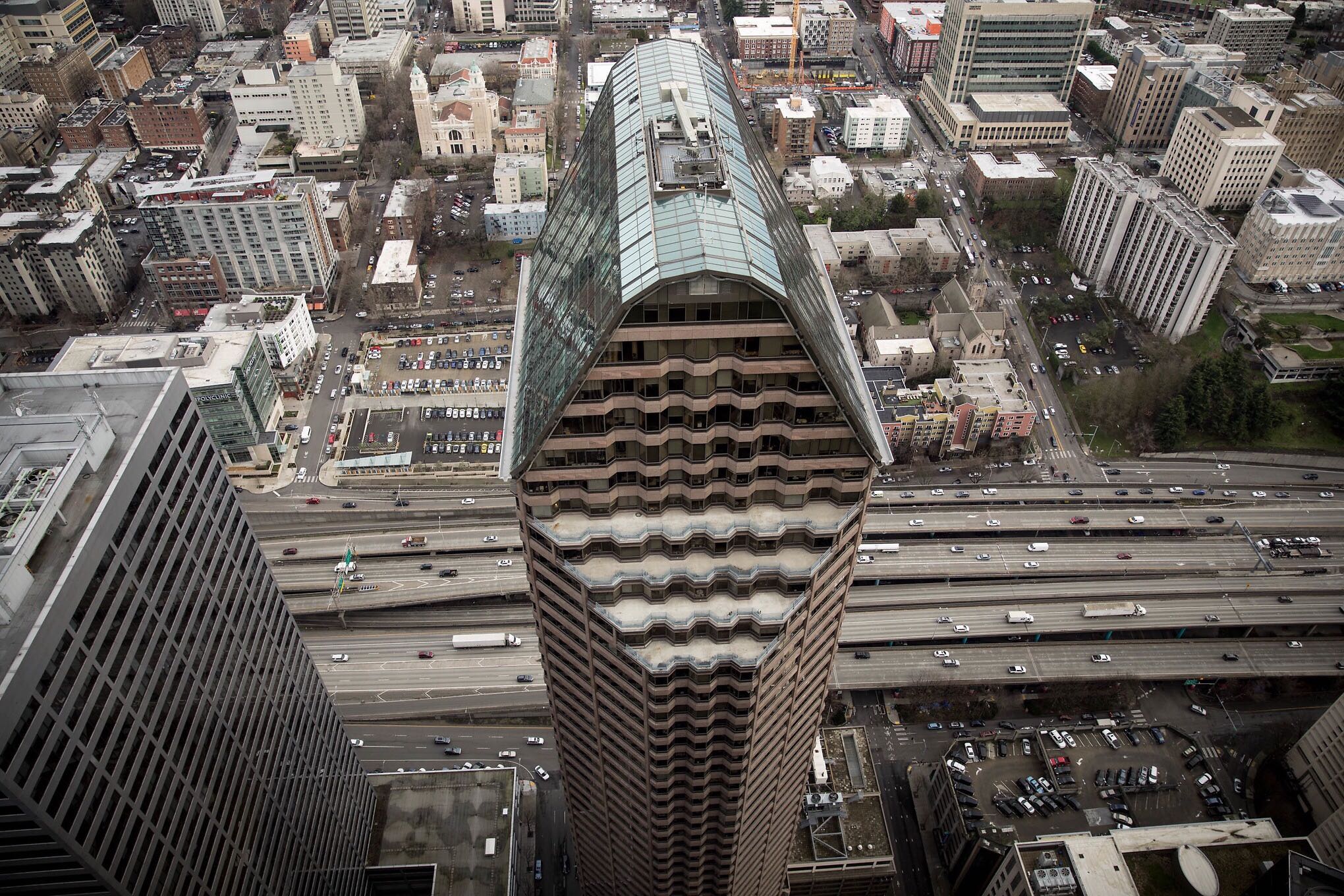 A view of the Seattle Municipal Tower on Jan. 19, 2018  in Seattle. (Photo by Matt M. McKnight/Crosscut)

Updated on Dec. 10: The Seattle City Council voted 6-0 to approve the new office.

City of Seattle employees will soon have a new path to raise concerns of harassment, discrimination or mistreatment.

Seattle City Council members advanced the new Office of Employee Ombud out of committee Thursday, teeing it up for final approval next week, when it’s expected to pass.

The new office, a legislative collaboration between Mayor Jenny Durkan and Councilmember Teresa Mosqueda, will serve as a less formal avenue than the city's human resources offices for employees to bring forward their grievances. Mosqueda said there are a whole host of issues that an employee may face that, while serious, may not rise to the level of a formal workplace violation. She pointed to a recent investigation of Seattle City Light that pointed to some issues “worthy of reflection,” but that did not turn up formal violations.

“We need to make sure that people know that along the spectrum of inappropriate behavior, from comments to outright assault, we will have a place for people to go to make sure that there is a corrective action that meets that action,” Mosqueda said in an interview.

The office will do a number of things when an employee brings forward a workplace issue. The ombud will advise that person on their options, be they to file a formal complaint, take legal action, seek out the city’s employee assistance program or decide on  other actions.

The office may also facilitate dispute resolution meetings — addressing the employee’s complaints with the alleged perpetrator as a way to stop the behavior before it escalates to something more serious.

At the same time, the office will serve in an advisory role to the city. As part of the legislation, the director will submit an annual report on more systemic recommendations on personnel rules, complaints systems, “and other applicable city processes and systems.”

In contrast to the city’s human resources offices, the ombud’s office will not initiate its own investigations. It will act as an advocate for employees, not for the City of Seattle.

“There's a deep mistrust of the human resources department, a reported mistrust of management, a palatable fear of retaliation if they come forward,” said Mosqueda.

The office was conceived earlier this year as employees across the city complained of workplace issues, ranging from sexism to general workplace toxicity. In a survey of more than 4,000 employees released last summer, about a third said they had been subjected to some form of harassment or discrimination. The percentages were higher for women and people of color. About the same number said they had observed disparate treatment among colleagues.

The complaints have come from across the city, but employees in Seattle City Light, the Department of Transportation and Human Resources Department have received the most attention. An interdepartmental group of employees calling itself the Seattle Silence Breakers meets semiregularly and advocates for changes to city policy to better address harassment issues.

Shortly after she took office, Mayor Durkan convened a task force to produce recommendations for addressing the concerns. The ombud’s office was one of the most substantive of 35 total recommendations. In budget deliberations earlier this fall, the mayor proposed, and the council approved, $560,000 to hire three full-time employees for the office.

“I’m feeling good that our concerns were heard,” said Denise Krownbell, a City Light employee and member of the Seattle Silence Breakers, after the committee vote. “I also know that it’s all about how it works out. This is a great start.”

In a statement, Durkan said, “An Office of the Employee Ombud is critical to ensuring that the City can better address instances of harassment, discrimination, and misconduct, and it allows City employees to have an independent resource available.”

Ombuds are common in public institutions. King County’s serves a more investigative role, while the University of Washington’s serves as more of an advocate, similar to what Seattle’s will be.

One challenge for the new office will be maintaining independence; its director will be nominated by the mayor and confirmed by the council. As one attempt to address this issue, the proposal says that if the mayor wishes to fire the office’s director, she must justify her reasons to the council. That is not standard for most department directors.

The new office will also return to the council at the end of June with recommendations for how to best run the office.

The city already has posted the job for a director, and Mosqueda said it hopes to have one in place by January.