Is democracy in the United States salvageable?

In a new book, former Washington Secretary of State Bruce Chapman argues that reformers have put too many shackles on politicians. 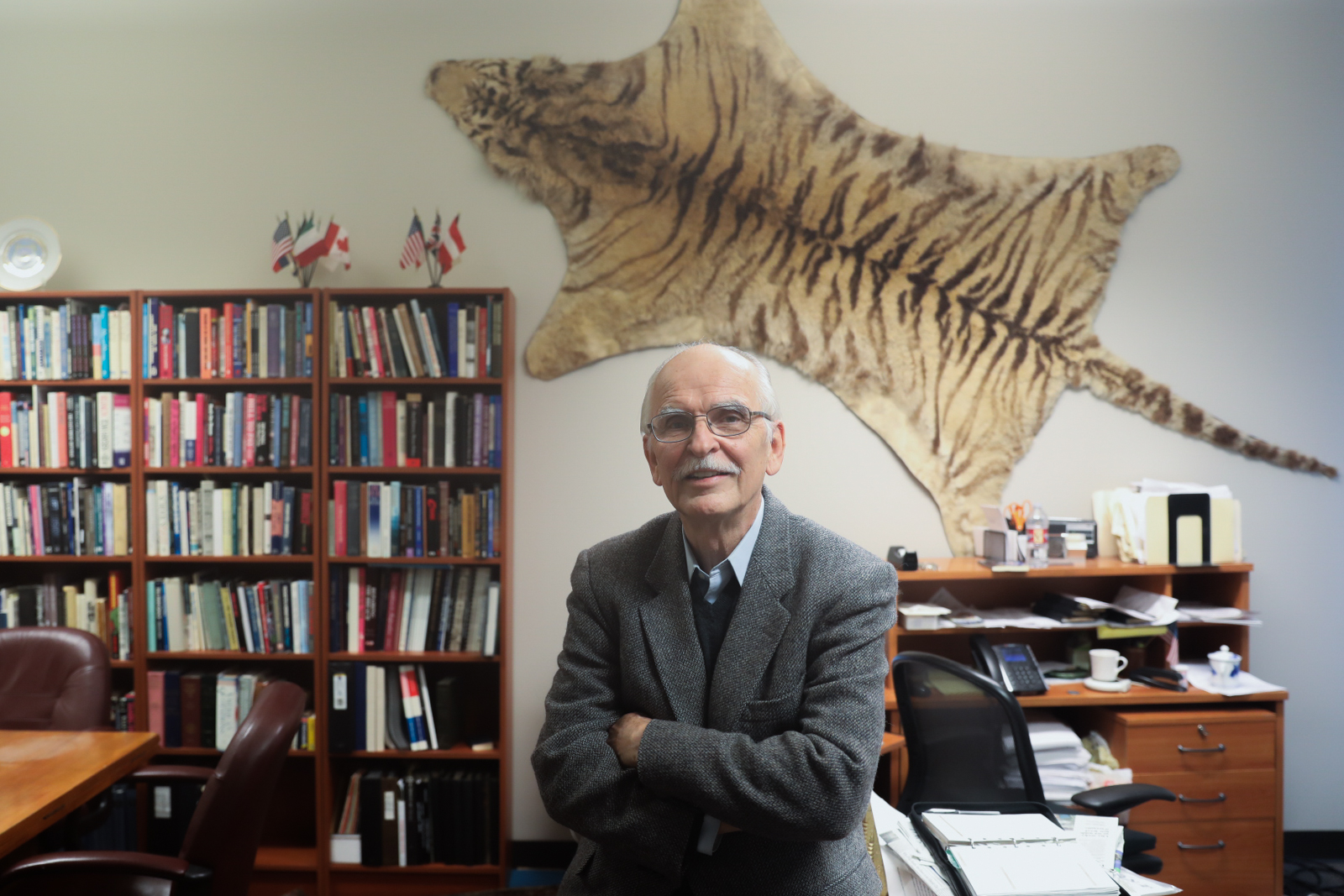 It’s obvious from daily conversation — and well-documented in poll after poll — that Americans have lost faith in U.S. political institutions. Former Seattle City Councilmember Bruce Chapman has written a brilliant book warning that the trend threatens to undermine representative democracy and lead to tyranny.

But Chapman, who also served as Washington’s secretary of state, comes at the danger from a different angle than most. He doesn’t blame Donald Trump, polarization of the political parties, tribalization of the population, racism, de-industrialization, globalism or rising inequality.

The book is Politicians: The Worst Kind of People to Run the Government, Except for all the Others. In it, and in interviews such as I conducted with him at Folio, the membership library created by Crosscut founder David Brewster, he defends the profession of politics and blames reformers — dating back to the Progressive era (among others) — for the undermining of representative government.

I strongly disagree with him about reform — I think we need lots more of it — but Chapman shows himself to be a provocative and novel thinker and lively writer, deeply learned in ancient and American history and political philosophy. So his book is vital reading for every serious citizen and officeholder.

He has an entirely plausible view on why Americans are so distrustful of government and many of his ideas for saving democracy — such as the return of civics and history to school and college classrooms, genuinely full disclosure of campaign contributions, shorter campaigns, and serious, civil public debate among citizens and politicians — are spot on.

Chapman has an estimable record of achievement in Seattle. As a city councilman from 1971 to 1975, he helped save Pike Place Market and advocated for the waterfront tunnel at last about to open and replace our ugly and deteriorating Alaskan Way Viaduct. He also favored covering I-5, an idea that continues to grow.

He has a fascinating biography, which is mixed lightly into his book. Tutored by his far-left father and regular Democrat mother, he says he became a politician at age 11. As a kid, he wrote to and met Republican Sen. Robert Taft and Democratic Sen. Estes Kefauver, and sat in empty seats at both national party conventions in 1952, disappointedly seeing both of them fail to be nominated.

He decided he was a Republican and so he has remained, though he was an anti-Goldwater moderate in 1964 (and wrote a book titled The Party that Lost Its Head). He was a prominent part of the liberal Republican Ripon Society from its founding and worked on ending the military draft.

In Washington state, he was an ally of moderate Gov. Dan Evans. After serving as Washington secretary of state (1975-1981) and running unsuccessfully for governor in 1980, he became Ronald Reagan’s Census Director, a White House domestic policy aide and ambassador to a U.N. agency in Vienna.

Though a former liberal Republican, he acknowledges he’s moved right (though hardly far right) because, he says, the country has become more left. In 1991, he founded the Discovery Institute with conservative polymath George Gilder and that connection has cast a cloud over his reputation in some quarters in Seattle. Discovery is closely connected with the Intelligent Design movement, often suspected of being right-wing religious and creationist, which it’s not.

It does fund research questioning Darwinism — random-selection evolution — but Chapman says Intelligent Design does not conclude there’s a godly designer. I doubt that ID can ever empirically prove there’s even design (I wish it could), but part of the movement’s critique is the history of Social Darwinism, which justified slavery, led to eugenics and euthanasia, and underpinned Nazi race theory.

Discovery does much more, publishing papers and books on free-market economics, technology, education reform, transportation and regional politics. It’s a rich and serious, if right-leaning, menu.

But, whatever one thinks of Discovery, its work has next to nothing to do with Chapman’s book or argument on politics. His main thesis is that representative democracy since America’s Founding has not only protected liberty, but is part of the country’s essence. The Founders — wise students of Aristotle, Plutarch and John Stuart Mill, and deeply aware of the fragility of direct democracy and the repeated rise of tyrants — wrote a Constitution that created a system depending on an educated electorate’s choosing office-holders to make decisions on their behalf.

The danger, he argues, is that normal discontent with politicians “is becoming uninformed distrust of our political system itself, threatening eventual civil strife and the invention of new forms of demagoguery.” I think we’re already witnessing utter demagoguery in Donald Trump, who is the principal author of increasing strife. Chapman, unfortunately, refers to Trump just five times in the book and makes no value judgments about him.

Chapman blames our national discontent on the disempowerment of elected officials and the political parties and the increasing power of what he calls “middlemen” — activists, academics, lobbyists, the media (“scandalmongers”), reformers, bureaucrats, political consultants and social media operators. Each villain gets a chapter. Reformers, for example, have restricted the autonomy of elected officials, enacted ethical rules discouraging good people from seeking office and weakened the parties, which used to screen out bad eggs from getting elected.

Where we disagree is this: I think the fault lies with politicians and the two parties who relentlessly attack each other, fail to solve pressing problems, serve special interests ahead of the public, polarize the electorate, hire the consultants and delegate away their power to bureaucrats.

There’s a paper I wish every citizen would read, “How Competition in the Politics Industry Is Failing America,” by legendary Harvard business professor Michael Porter and a colleague, Katherine Gehl, which describes how the parties (a “duopoly”) collude to gerrymander electoral districts, polarize voters, freeze out independent competition and marginalize moderates in their own ranks.

Largely ignored by the media, a huge reform movement has grown up, involving large numbers of people in every state (including ours, where former state Republican Party chair Chris Vance and former Democratic Congressman Brian Baird are the leaders) to combat the duopoly and open the system to competition. Across the country this year, 14 million people voted in 2018 referenda, often by huge margins, to undo gerrymandering, adopt ethics reforms, and institute ranked-order voting,  open primaries and automatic voter registration.

Regardless whether you end up agreeing with me or Chapman, he’s a fascinating, learned person and his book will make you think hard about how to save democracy. All over the world, it's in grave danger — even in the United States. 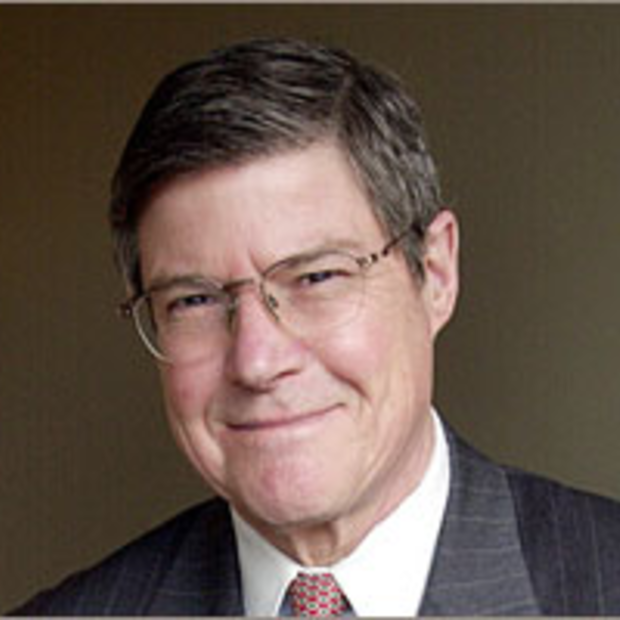 Morton Kondracke is a retired Washington, D.C., print and TV journalist now living on Bainbridge Island. He writes on political reform for RealClearPolitics.com.