Reinstatement of fired officer throws into question years of progress in police accountability in Seattle. 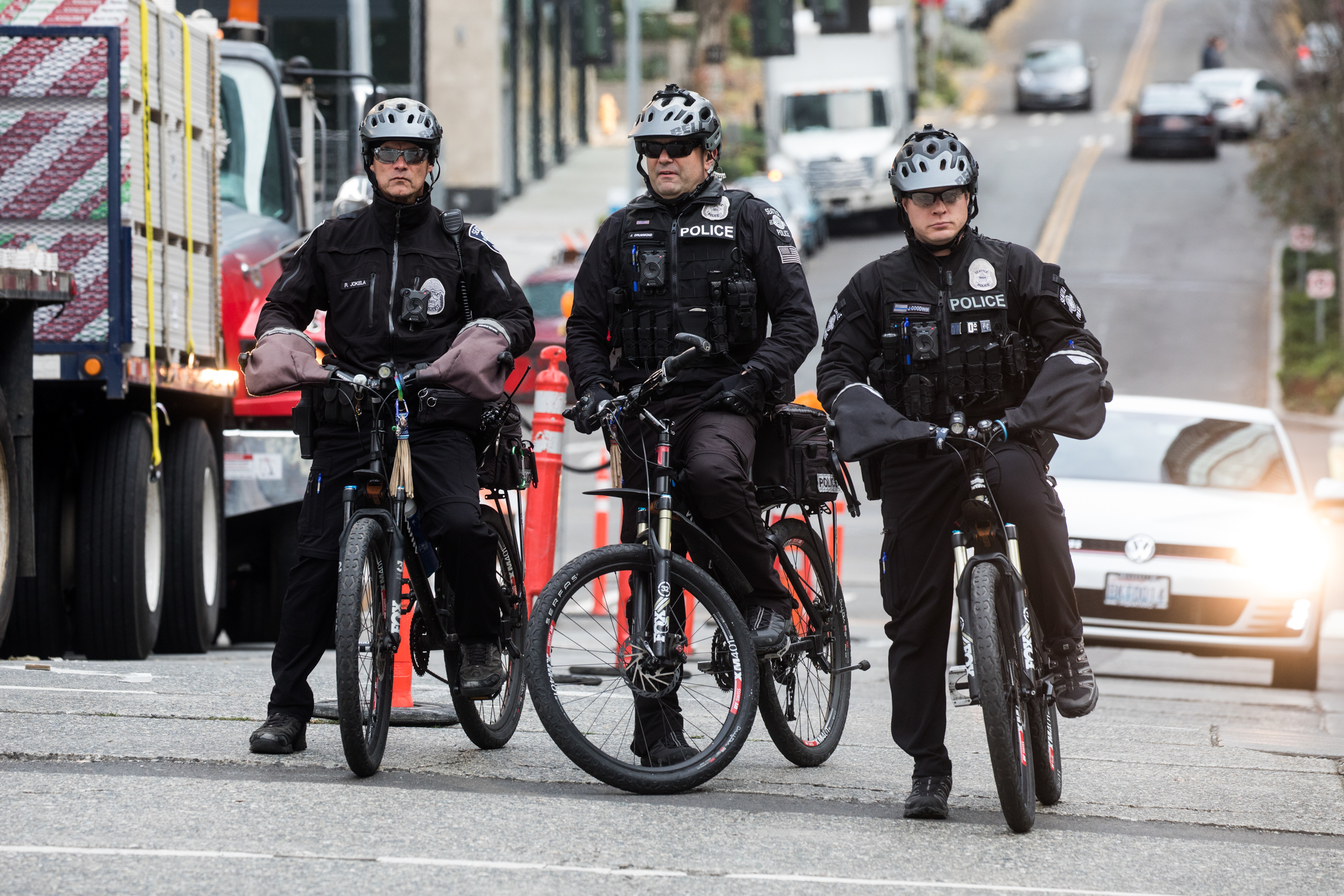 After years of progress to bring its police department in line with the U.S. Constitution, the City of Seattle is suddenly on the defensive.

In a significant filing Monday, U.S. District Judge James Robart threatened to find that the city is no longer in “full and effective” compliance with a court-ordered settlement agreement to reform the Seattle Police Department. He ordered city officials to convince him otherwise.

The order comes weeks after the Seattle City Council ratified a new contract with the Seattle Police Officers Guild, the union representing SPD’s rank-and-file. Significantly, it also comes shortly after an internal disciplinary review process reinstated officer Adley Shepherd, who was fired in 2016 by then-Chief Kathleen O’Toole for punching a handcuffed woman.

For opponents of the new agreement with the union — namely the civilian Community Police Commission — Shepherd’s reinstatement was proof that the provisions of the contract were not adequate to hold officers accountable. In his Monday order, Robart appeared sympathetic to this point of view — at least enough to demand the city explain otherwise.

While Robart has not concluded that the city has failed in its duty to sustain compliance with the agreement, even the whiff of doing so is enough to make City Hall tremble. The city has invested years of work and millions of dollars into improving the department’s use-of-force policies. The department has layered on new training, new technologies and new accountability measures in response. For the “full and effective compliance” finding to be turned back now would be a crushing blow to the police department, the city council and Mayor Jenny Durkan.

The agreement, struck in 2012, came after years of questionable uses of force by Seattle police officers. The Department of Justice stepped in to to investigate after Native woodcarver John T. Williams was shot by officer Ian Birk.

After the lengthy investigation, the city agreed to overhaul its use-of-force policies — progress that would be monitored by the federal court and an appointed monitor.

In January 2018, the court concluded the city had met its obligations under that agreement and would be freed from court oversight — pending two years of lasting compliance.

Arguably, the biggest hurdle to sustaining that compliance was the approval of the new contract with the rank-and-file union. When City Hall made the tentative contract public, Mayor Durkan celebrated it as a needed raise for officers and a significant improvement for accountability.

Opponents, however, warned that the contract left open a choose-your-own-adventure path for officers to appeal discipline, letting problem officers choose the internal board most favorable for them to plead their case. Opponents argued the contract was a contradiction of the city’s Accountability Ordinance, which was passed by the city council in 2017 and crafted to close off these alternate paths.

In something of a poorly timed coincidence for Mayor Durkan, officer Shepherd immediately made those concerns real. He was reinstated to his old post — with back pay — in late November by using one of these more officer-friendly paths to challenge his firing.

In his order, Judge Robart wrote that the decision “to reinstate an officer who had violated three provisions of the SPD’s use-of-force policies when he punched a hand-cuffed subject in the face while she was sitting in a patrol car, and the new [collective bargaining agreement’s] rejection of reforms in the [2017] Accountability Ordinance that would have substantially changed the process and standard of review by which this decision was made lead the court to question whether the City and the SPD can remain in full and effective compliance with the Consent Decree.” 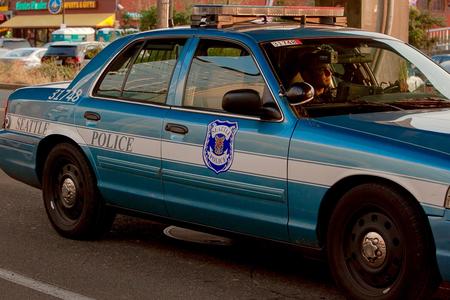 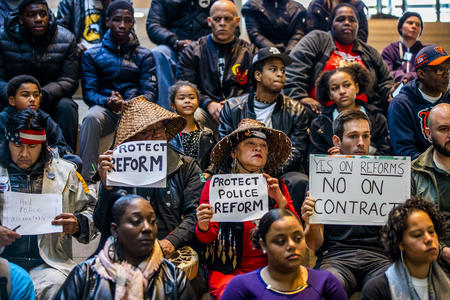 The new deal means a pay increase for officers. Critics argue it waters down reform. 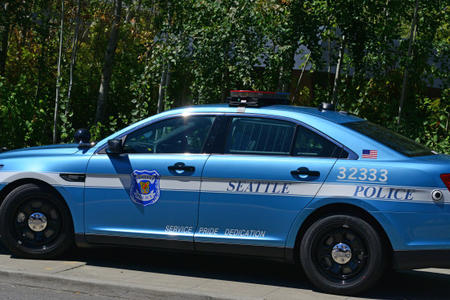 Nearly eight years after a Seattle police officer shot John T. Williams in the back a federal judge ruled the city is in full compliance with the requirements to reform the department.

Judge Robart is now asking the city to argue why it thinks the contract with the union does not throw the city out of compliance. Beyond just discipline, he’s asking the city to outline all the points of difference between the new contract and the 2017 Accountability Ordinance from the council — and whether those differences are problematic.

“In short, getting this aspect of reform right may well be a linchpin to the long-term success of this entire process,” wrote Robart.

The Community Police Commission, which opposed the contract as a walk-back of reforms, cheered Robart’s order. “We’re encouraged that Judge Robart is taking a close look at the contract and its real world implications, like the case of Adley Shepherd,” its co-chairs wrote.

In a statement, Mayor Durkan said, "We look forward to addressing the Court’s order, demonstrating that SPD remains in full and effective compliance with the federal Consent Decree that I signed as the United States Attorney, and showing that the recently enacted Agreement with the Seattle Police Officers’ Guild furthers both public safety and reform under the Consent Decree."

The city has 14 days to respond to Robart's order.

The new deal means a pay increase for officers. Critics argue it waters down reform.

Nearly eight years after a Seattle police officer shot John T. Williams in the back a federal judge ruled the city is in full compliance with the requirements to reform the department.