Through his G'ma Project, artist Che Sehyun is honoring elders, ancestors and culture. 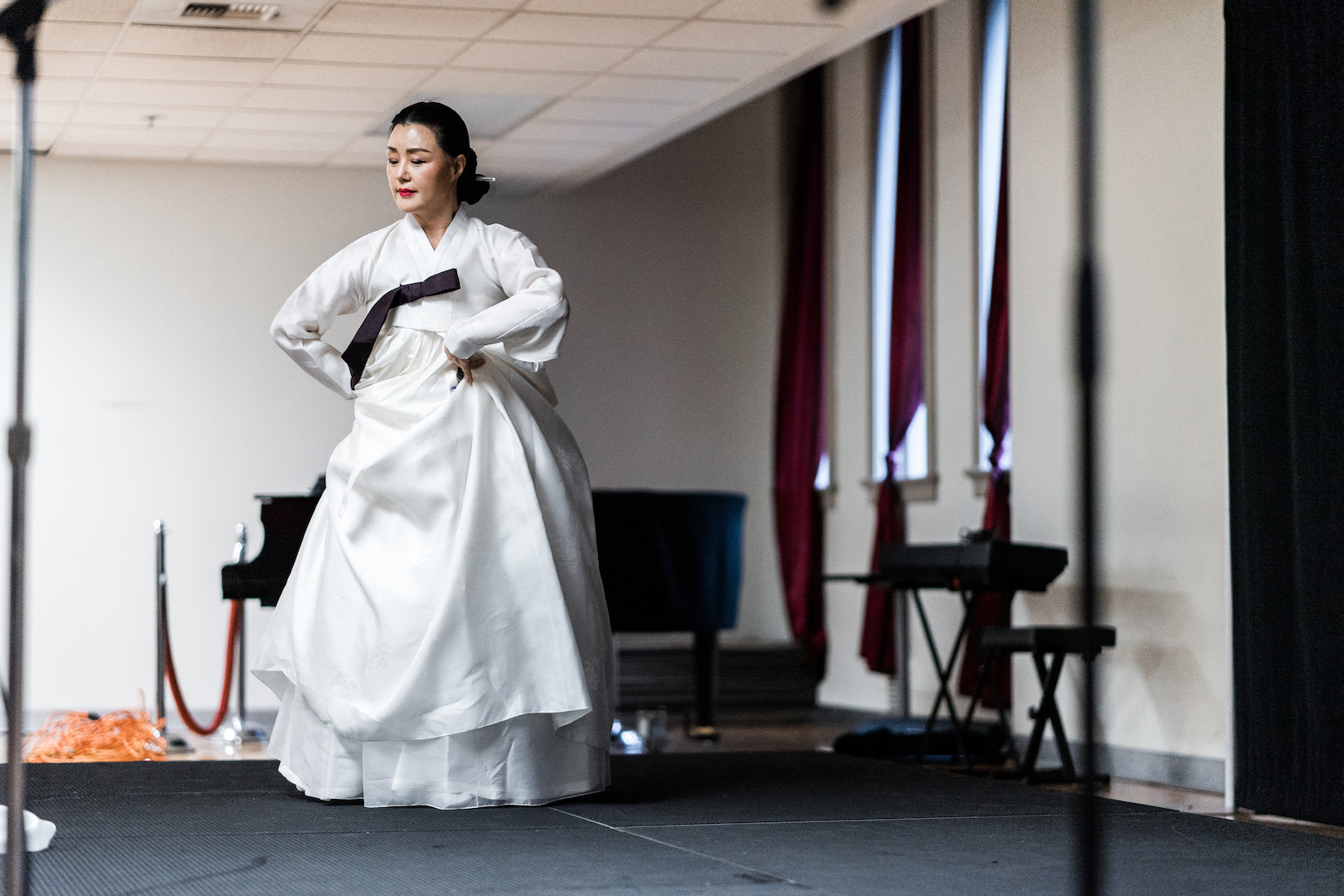 According to some philosophers, one function of art is to offer a glimpse of a liberated world, beyond the injustice, exploitation and oppression of this one. Artist Che Sehyun creates work that invites you to remember your grandma.

What if it turned out that grandma is the vision of utopia the world needs?

Che has big ideas, but a knack for keeping them simple. “Honoring our elders, cultures and ancestors in the modern world” is the slogan for his G’ma Project. Evolving over the past two years, the project’s first major iteration is a “digital dialogue,” which invites the public to post stories about their own “g’mas” and other elders to social media, using the hashtag #GmaProject.

Ask people about their grandmas, as Che has, and you won’t run out of stories. There’s the Coast Salish grandmother who gave birth in a field while picking hops in the Yakima Valley. The grandparents — radical student activists in Seoul — who battled Japanese colonial agents and each other. An aunt who does research in Antarctica, studying the communities formed by organisms on the ocean floor.

Che originally conceived the dialogue as a monthlong event, but the response persuaded him to keep it going. On a recent Saturday, more than 100 people crowded into the Langston performing arts center in Seattle for The G'Ma Project Event, a multi-generational gathering with music and food. Che invited Black, Asian and Native artists, local chefs and also partnered with Chief Seattle Club, Asian Counseling and Referral Service and the Southeast Seattle and Central Area Senior Centers.

Che was born and raised in Seattle, the child of a single mother from Korea  — or Corea, the spelling he prefers, which honors precolonial history. His mother worked multiple jobs to support her kids; Che knows how to hustle, too. A private tutor at 15, he started a business teaching academic and life skills while he was at the University of Washington, eventually hiring several employees at a time.

Art was always important to him, but he saw his interests in music, dance, photography and videography in the context of his work as a youth educator, until a mentor persuaded him to apply for an Artist Trust fellowship in 2016. He succeeded, and followed up with a 2017 Neddy Artist Award, which allowed him to pursue art full time. Even so, it can be hard to connect all the dots between the different elements of his artistic practice. His interests in a variety of media seem to be secondary to a desire to bring people together. Che maintains a nonprofit, offering arts- and culture-based educational programs and services.

The G’ma Project is inspired by Che’s own grandma, or halmoni, Kim Ki Soon, whose life was shaped by a devastating history of colonial violence in her homeland. Kim immigrated to the Seattle area in her 60s, to help Che's mom and an uncle raise Kim's seven grandchildren.

Decades later, it was her grandson’s turn to take care of her. Eventually, when Kim was in her 90s, Che became state-certified as a homecare aide. Meanwhile, his mother, finally able to take time for herself, was studying piano and Che secretly followed her lead. His very first piano composition was, in fact, the G’ma Song. In a music video, Che plays and sings for Kim, who sits on a couch dressed in her oversized, comfy gray sweatshirt and fleecy vest — halmoni in her natural environment — and claps happily at the end. A small, calm, gentle-looking woman, she radiates pride and also that indomitable and low-key terrifying power that elders sometimes own.

This is the project’s origin story, but Che’s work also draws on other influences. He has worked as an educator on the Swinomish Reservation near La Conner and has participated in both an annual Canoe Journey across the Strait of Juan de Fuca and the 2016 Peace and Dignity Journey, which connects runners across the Americas to build solidarity among indigenous peoples. Che says he is grateful to have learned from the Swinomish and felt inspired to study his own cultural background.

At the same time, he also took note of what was tearing up the world: white supremacy, toxic masculinity, ecological destruction. How could he respond to all this violence? he wondered. The world needs more “grandma energy,” he thought.

And who can argue with that?

Che gets me thinking about the politics of grandmas, and why grandmas are particularly important for immigrants and communities of color. Grandmas are still part of the same world as everybody else, with all its constraints on women, on people of color, on anyone who works for a living. But sometimes, when a woman becomes old enough to be called grandma — a title bestowed in many cultures, whether or not the woman is an actual grandmother — she discovers that she can take care of anyone without caring what anyone thinks. What these grandmas know about freedom is something the world could use more of.

Or maybe I’m overthinking it. Tell a story about your grandma, Che’s project says.

My own grandmother Rose Tajiri was among the 120,000 Japanese Americans thrown in concentration camps during World War II. Late in life, as a widow with dementia, she began calling herself Rose Noda — a new name that took on a new identity after being wife, mother and grandmother. I don’t think she was erasing her family — she was always happy to see me, except when I was standing between her and my daughter, whom she adored. But maybe she was freeing herself from the demands family had made on her, the same way she was releasing herself from the demands of her past, memories fluttering away like an uprising of birds. Grandma gets what she wants. Once everybody understands that, everything’s going to be just fine.

Che wants more g’ma stories. The digital dialogue continues — a hula-hooping halmoni from Tacoma, for example, is posted online. He’s also completing a music video for a song about kimchi. “Eat fermented vegetables and hang out with your grandma,” Che says. Sounds like a good day to me.