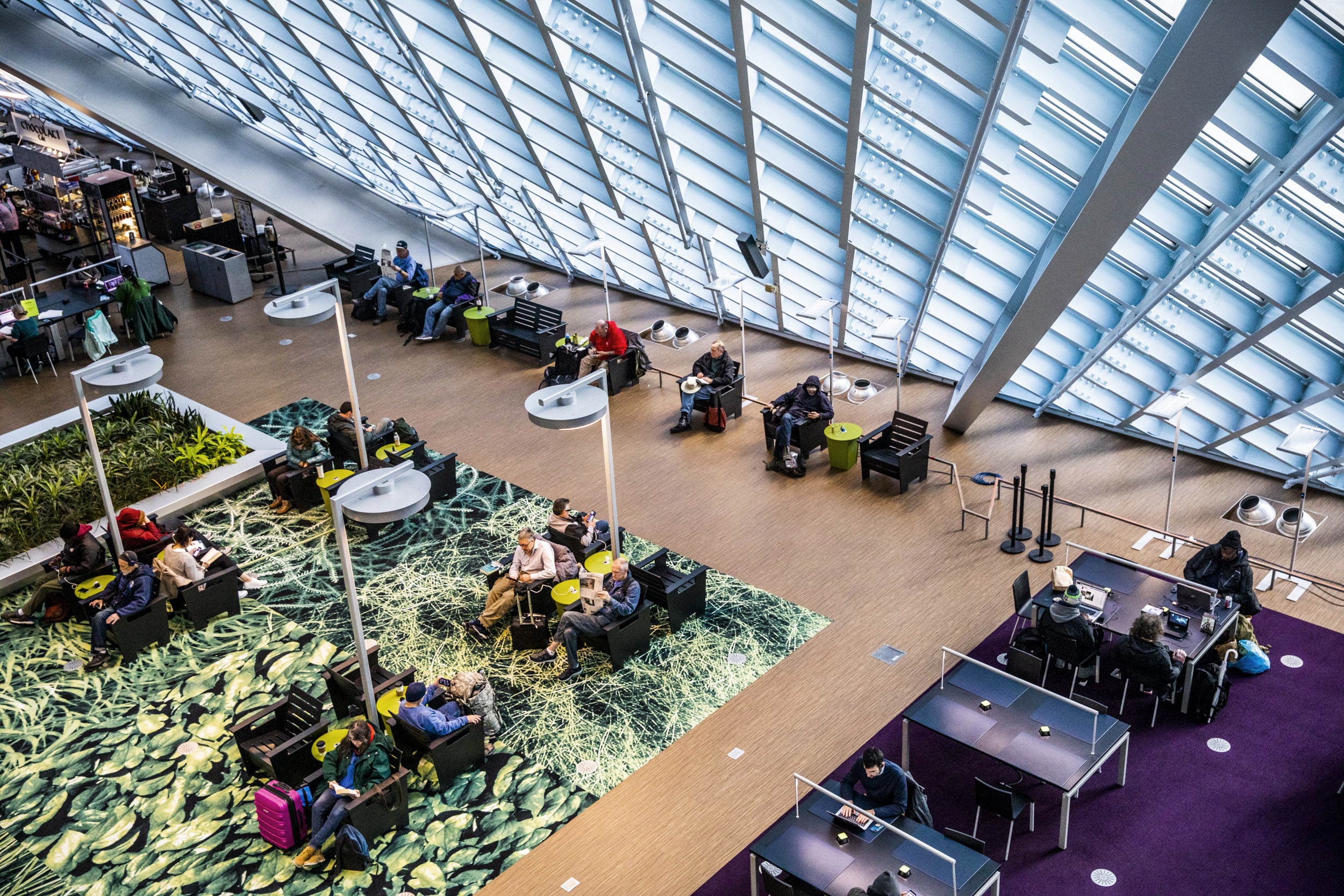 Designed by Dutch architect Rem Koolhaas and opened in 2004, Seattle Public Library’s Central Branch is proving to be an Instagram sensation. (Photographed Nov. 30, 2018, by Dorothy Edwards/Crosscut)

When legendary architect Rem Koolhaas put the finishing touch on his diamond-encrusted Seattle Public Library, did he wipe his brow with a sleeve and think, “I hope this does well on social media”? Probably not. But according to a recent press release, SPL’s Central branch is now the “most Instagrammed library” in the world.

The news comes from Wordery, a U.K.-based online bookseller (which may or may not have come up with these findings in an attempt to make its own social media splash). The not entirely rigorous methodology involved compiling a list of 40 libraries previously proclaimed most beautiful by a variety of publications (The Guardian, The Telegraph, Conde Nast Traveler), finding the hashtags associated with those libraries and comparing the numbers as of Nov. 9.

Based on the Instagram stats, Seattle’s shiny downtown library was deemed “most beautiful and popular” in the world, with 17,685 instances of the hashtag #seattlepubliclibrary (the number has since grown by about 1,000). SPL narrowly beat out Oxford’s Bodleian Library, but handily trounced the Vancouver Public Library, as well as stunning libraries in Brazil, Germany, Sweden, New York City and even Egypt’s Bibliotheca Alexandrina.

Superficial as the study may be, it does raise a few questions: Is “most Instagrammable” a title libraries are vying for? (And is that spelled with one “m” or two?) Are the hashtaggers reading books in addition to snapping pics? Or are they more interested in selfies than shelf content? (Related: the hashtag “bookshelfies,” devoted to photos of bookshelves, has 1,249 posts.) Lastly, does this mean SPL is an Instagram “influencer”?

A call to the library proved informative, as is customary. Andra Addison, communications director at SPL, was amused to report that no one had informed library staff of the building’s new boasting rights. But she wasn’t dismissive of Instagram fame. On the contrary, she was thrilled to hear it. “Having a library be a destination for people is incredible,” she said.

Addison has worked there since before the opening of the Koolhaas building, and remembers both the controversy and excitement about the radical new space. “When we opened, we had no idea how popular it could be for photos and film shoots,” she recalled, noting that indie bands, filmmakers and photographers were — and still are — drawn to the drama of the architecture.

“How the devil are patrons supposed to pay attention to their books?” wrote William Dietrich in his glowing review in The Seattle Times. Famously spicy New York Times architecture critic Herbert Muschamp titled it “The library that puts on fishnets and hits the disco.” The New Yorker writer Paul Goldberg said it was “the most alluring architectural object to arrive in this city’s downtown since the Space Needle.” (Our most iconic architectural object, FYI, blows away the Central Library’s stats, with about 882,000 hashtags if you combine #spaceneedle and #spaceneedleseattle. Our newest, the Amazon Spheres, just broke 11,000.)

All of those rapturous reviews were blatant burns on the city’s previous experience dancing with a starchitect, namely Frank Gehry and his much-maligned MoPOP (née EMP), which opened in 2000. That building, which Muschamp described comparatively as “something that crawled out of the sea, rolled over and died,” has earned more than 50,000 hashtags, but a quick scan reveals the photos to be more about superheroes and spacemen than architecture.

Early reviews also lauded Deborah L. Jacobs (then Seattle city librarian) and her fierce commitment to ensuring that the building would be “the people’s library,” despite the architect’s vaulted pedigree. As the design process began, Jacobs gathered extensive information on how the community actually used the library. This flouted the tradition of creating a fancy edifice first and figuring out how the books might fit inside later, and jibed with the “hyperrational process” Koolhaas espoused.

The architect and his team were also highly cognizant of the onslaught of technology, and how it would change libraries in ways that couldn’t yet be anticipated. Hence the open, flexible spaces that can adapt to new uses. In his 2006 Ted Talk about how the innovative design was achieved, Koolhaas partner (and native Bainbridge Islander) Joshua Prince-Ramus said, “Books are a technology… a form of technology that will have to share its dominance with any other form of truly potent technology or media.” Instagram was launched four years later.

A recent Tuesday afternoon at the library didn’t turn up a single photo snapper. Instead, people could be found using the lofty building for a range of purposes: a man excitedly picking up a stack of books that had just come available; a chatty cluster of folks having coffee at the cafe; people with all their belongings in bags using the computer stations in the so-called Mixing Chamber; a young adult practicing violin in one of the reservable music rooms; one woman seeking documentation of the Alaskan Way Viaduct’s debut; another in search of a name steeped in Seattle history for a new restaurant.

“It’s more than just having a photo opportunity in the building,” said SPL’s Addison. “People want to have an experience. It’s about what’s happening in the spaces. They feel the creative energy. They know everyone is welcome. Our mission is about democracy and equal access. It’s a free public building that you can just walk into and be inside a jaw-dropping design. They might not check out a book but they could be using the Wi-Fi, taking a cellphone tour, attending a program or getting coffee.”

“Such buildings are narratives. We did this, and then we did that. And it may be useful to see the Central Library as a series of episodes in urban space. There are crowd scenes and moments of intense solitary absorption. Over here, you’re an actor, over there a spectator.”

What is a library, if not a repository of the stories we tell about ourselves? A scrollable, microfiche-able feed that chronicles our collective comings and goings, our truth and fiction. Though it may someday lose its most-Instagrammed status, Seattle’s Koolhaas library will still brim with snapshots — of characters, settings, structures, viewpoints — that reveal us in all our humanity.