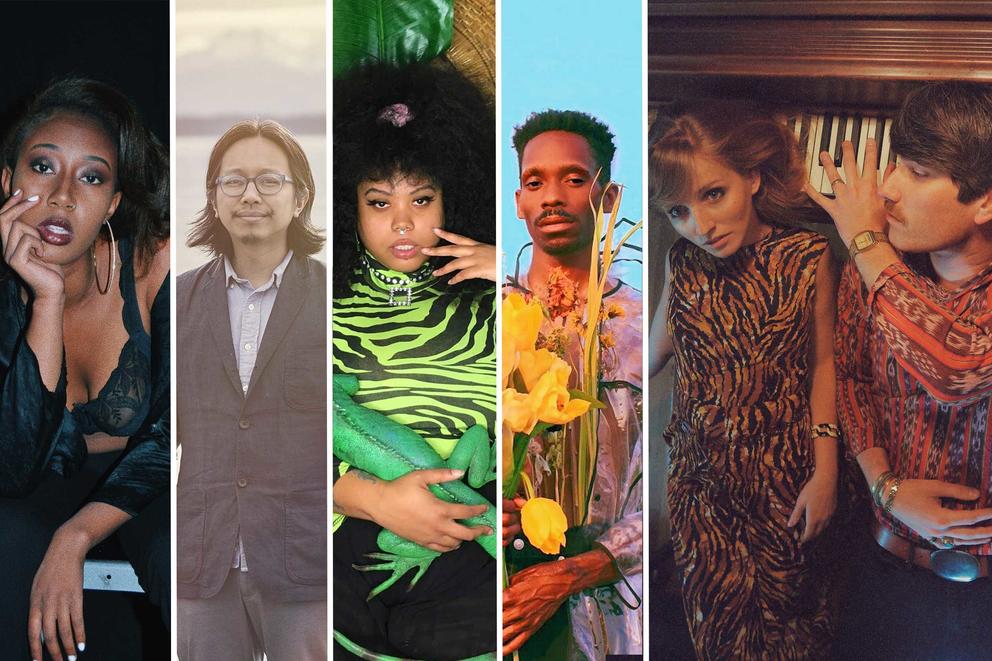 As a filter for the aural onslaught that is the current state of popular music, staying local is not only useful, it’s ethical. Actively tuning in to your community, investigating the music that your neighbors are making and listening to, contemplating the subjects they’re singing and rapping about are part of your civic duty.

Despite the city’s best efforts to price out anyone who isn’t suckling the corporate teat, Seattle still nurtures an active, ambitious music community. Across styles and genres, there’s enough goodness coming from our musical underground to cater to any taste — if you’re willing to look for it. Here’s help.

We asked nine Seattle artists to tell us about one song that encapsulates their 2018. Some chose their own music. (No shade.) Some looked to songs by others. But all of their selections share two traits: A sense of hope in dark times and a focus on meticulous craftsmanship.

Their emailed responses have been edited and condensed.

Note: Some of these songs have explicit lyrics.

We wrote “Hell of a Run” almost in a daze last year. We were getting ready to go to a friend’s winter solstice party and sat down at the piano and brought out the guitar at the right moment. It was the first winter after we’d both gone to part-time at our jobs, and it was a time of flux for both of us. We were having this awakening, in a totally unintentional way. Learning how to lean in and let go. Trying our best to be present. This triumphant love song came out of that.

That night at the solstice party, we wrote our regrets from the past year and our intentions for the next year on pieces of paper, burned them in the bonfire and then jumped over the fire. That’s what 2018 has been for us. We’ve figured, screw it; we might as well try what we do best while we have the time to do it and something to say. Fronting this band is an experience in feeling the highest highs and the lowest lows. It’s a gift. It’s intense. But there’s a weird calm in knowing that, however it goes, we go through it together.

This song is about taking a leap, whatever that means for you. Times are crazy and this moment is fleeting, so be present and cross that river one stone at a time.

Tomo Nakayama: LAKE’s “We Can Work It Out”

The year 2018 was an especially strange and difficult year for me — a lot of loss and grief of one form or another, as well as trying to come to peace with the past. Not to mention all the turmoil and ugliness in the news. The only respite I got was through making music, and even then it was difficult at times to feel present and inspired.

One song that I turned to over and over was LAKE's “We Can Work It Out.” I played with them at the beginning of the year and their album has pretty much lived in my car stereo ever since. I love the melody and the opening lines: Placid, stepping in the sand/I’m gonna work happy as a clam. To me, it’s a meditative, hopeful message about dealing with sadness and conflict by putting yourself into your work. It’s a simple, breezy song on the surface, but there is a strength and resolve at its core. Haunted by the other team/It’s only worth your personality/Love them, that they are your children/We can work it out. The whole album, Forever or Never, is full of beautiful moments like this and I highly recommend it.

Everything going on this year led me to write “The Kids.” The song is an expression of my general dissatisfaction with our current social climate, from fame to politics, coupled with an urge to consider what we can do in our own lives to make things better for future generations. With how the world is right now, it’s easy to get frustrated and tune out for the sake of keeping your sanity, but right now is when we need to engage and level-up our social involvement. I know I have lots of work to do in my own life, and I hope this record can be a contribution to the conversation on how we can move forward thinking about the kids and this planet.

I wrote a song called “Hope” awhile back for each one of my bands to play. It’s a song that emphasizes just that: hope. Hope that my family is well. Hope that I’m continually striving for my best and my own personal well-being. My hope to continue to show not only respect, but love to everyone. My hope that we can be great fathers, mothers, sons, daughters, uncles, aunts, grandmothers, grandfathers. My hope that we can be great human beings.

It’s a song that encompasses joy, hopefully. And I hope that everyone can one day check it out once I hopefully release it on an album soon! ;-)

The only song I released this year is a track called “Bye Bich,” a parody turned sinister in the face of a country run by a white supremacist power structure. “Bye Bich” is a response to the popular song “Hi Bich” by Bhad Bhabie, who rose to viral fame as the “cash me outside” girl. We’ve allowed young white people and their handlers to capitalize off what they interpret as being “Black culture.” Unfortunately for all parties involved, what they’ve instead created is an uncanny, misshapen golem of an existence that’s packaged as a millennial version of the American Dream. “Bye Bich” asks many questions of the culture that allows for artists like Bhad Bhabie to exist and affirms the marginalized people whose livelihoods are being made a mockery of by these artists.

The Clipse are in my top 10 so you know I’m all about them cocaine cowboy raps. But this song here, “Games We Play” (by Pusha T), is a lyrical workout for me. I always picture myself punching gross-ass raw meat with my big ol’ buff meathead! I even wanna go drink some eggs and run up hills like I’m Rocky. This that movie scene-type music!

The song that best embodies my 2018 is my song “Ballin.” It’s all about the things I’ll do when I’m finally up, and though I’m far from there in reality, the song paved the way for a lot of fantastic opportunities for me this year. Getting my first million plays is something I never thought would happen this year, let alone in just a few months. I’m proud of all that this song represents and I’m glad I didn’t sell it to another artist as I originally intended. One day I really will buy a mansion for my mom (if she doesn’t get one for herself before that, lol). But for now, I’ll take what I got!

Andrew Joslyn: Cataldo’s “Between You and Me”

There’s a sorrowful yearning in Cataldo’s “Between You and Me” that I can’t shake. It speaks to the relentless nature of being a musician — the life isn’t glamorous, it’s difficult to keep up, and only a rarefied few can really call themselves true full-timers. But it also speaks to a sense of growing up, and being real about your own relationship with music.

The year 2018 was a difficult year in many ways. The nation is eating itself alive from bipartisan divide; Seattle is losing its identity as a city of music. So many talented musicians have to find work outside of music or have to move away from Seattle’s exorbitant rents altogether. That’s my community, and watching it diminish has been hard. But like bandleader Eric Anderson points out in the song,

Let it go, what it means to be free/the hair blowing back from your face/holding a beer between your knees.
And don’t think I don’t know every contingency/teaching school, maybe the nonprofit world/even buying a house in some peripheral city.
But I’m not ready to leave.

So enjoy the show/not sure how long it’ll be/can’t pretend I’m 19/between you and me.

There’s a point where you need to make difficult life choices, and choosing to survive, even if it means giving up on a career in the arts, is the only choice available to many.

I want to be a musician for life, and I understand I’m blessed with some amazing opportunities — and a bit of luck — to allow me the choice to be a full-time musician. I’ll keep going as long as I can, and keep creating the art that I’ve been blessed to offer because I don’t know how long I can last. Between you and me, I can’t imagine doing anything else. Hopefully, that isn’t just the naïve 19-year-old inside me, the kid who just won’t give up despite overwhelming odds stacked against him. 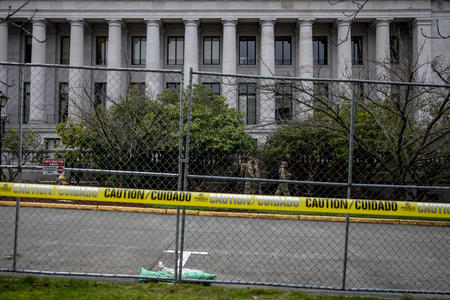