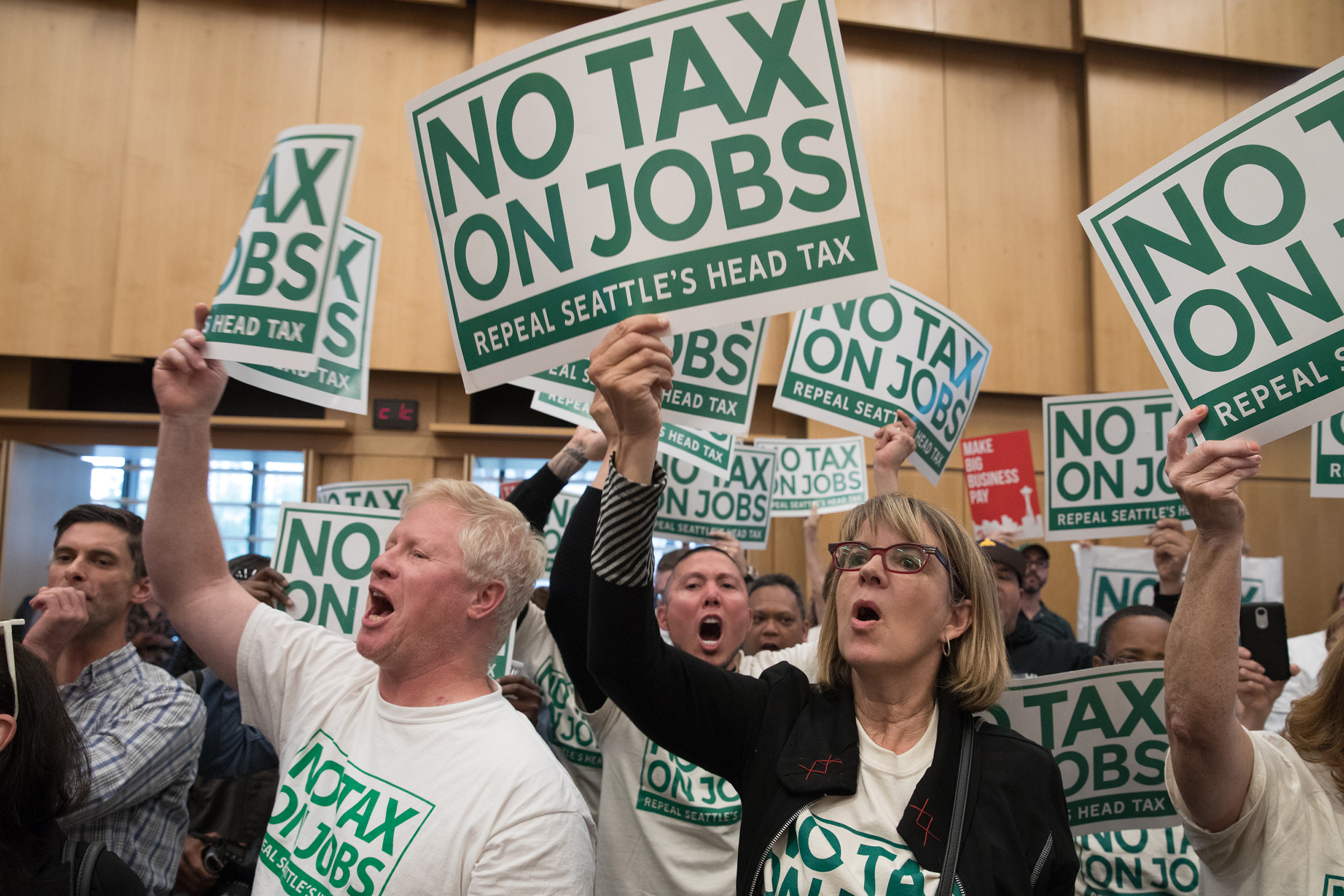 Proponents of repealing the head tax during a city council session at City Hall in Seattle, June 12, 2018. (Photo by Matt M. McKnight/Crosscut)

It feels like 2018 was the culmination of years-long emotional and political whiplash. Reflecting on what has brought us to this place: 2016 filled us with a sense of political urgency that barely survived the next year. In 2017, local elections and campaign promises wreaked havoc on our hope as our sense of urgency diminished. And this past year, progress seems to be at a standstill if not rolled back in some areas.

So what happened to our 2016 sense of urgency? After the election of President Donald Trump, many people were shaken free from their ignorance to see what “marginalized” communities have known for years: White supremacy and patriarchy are alive and real. People started to mobilize by organizing marches and community meetings, and declaring schools, buses and cities to be “welcoming.” But the national arena seemed to continue to decline and people began to lose hope.

As the federal government grew more dismal, hope resurfaced in other ways.

The 2017 local elections offered an opportunity to make change in our own backyards.

Yet as we end 2018, our hope seems ill-placed. Seattle/King County is at a standstill when it comes to addressing some of our most serious social issues, such as housing affordability, homelessness and police accountability. It’s been three years since former Mayor Ed Murray declared the homelessness crisis to be a state of emergency. Last year in King County, over 29,000 individuals had to seek homeless-related services. Twenty-seven percent of King County’s homeless population is Black; 14 percent of the people who died while living outside in King County are Black. Yet Black residents make up only 6 percent of the county’s overall population. On most Seattle nights, an estimated 12,112 individuals are without adequate housing. This is an increase of more than 25 percent since 2012.

In the past two years, 531 official homeless encampment removals, also known as “sweeps”, happened across Seattle. A majority of these sweeps were performed after Mayor Durkan came into office at the end of 2017. The city conducted 340 sweeps in the first nine months of 2018, compared with 191 in all of 2017. If the trend continues to the end of the year, this will more than double the sweeps of 2017, with an increase of over 137 percent. In 2017 the city spent over $10 million on homeless sweeps alone. Over $1.5 million of that money was used to fund 10 full-time police officers. Nine of those police officers identify as white and one as Asian. These are the police officers responsible for “sweeping” Seattle’s homeless encampments, where 28 percent of people being removed are Black. The new year will show us what the 2018 numbers look like, but all signs indicate things are a lot worse.

Even more, the Seattle political landscape is marred by an indecisive city council, bully corporations and a corporate Mayor Jenny Durkan. If the employee hours tax (EHT) debacle is an omen, then 2019 is looking dark. The EHT would have raised an average of $47.5 million per year — not even close to enough to begin to effectively address the homelessness and housing affordability crisis. An analysis by the consulting firm McKinsey and Company, written in partnership with the Seattle Metropolitan Chamber of Commerce, found that King County needs an additional 14,000  units, at a cost of an additional $200 million, to meet the affordable housing needs in the region.

Nonetheless, it was a battle of principle. While the $47 million would not have solved any crisis, it would have forced big corporations like Amazon to start thinking about what accountability looks like in regards to our affordability crisis. Amazon, Starbucks and Vulcan helped fund a campaign to repeal the EHT with $25,000 apiece in contributions. Big business knew what was at stake with the EHT battle and how it represented a lot more than the tax per employee each of the “affected” businesses could have easily afforded. It meant a huge step towards saving our city and ensuring longtime residents can stay here.

The successful repeal showed all of us that the city is building a future for the upper-middle class. And no one else.

Despite all the ways our hope has been dashed against the rocks of “politics as usual,” we must dig deep to re-engage our sense of urgency. Things are no less terrifying. We must stay present and engaged even as the federal government, in both what it does and what it doesn’t do, continues to commit deplorable acts of violence against all communities, but especially “marginalized” communities.

And while we cannot make huge changes at the federal level (yet), 2019 presents us with yet another opportunity to transform the political landscape of Seattle/King County for the better. Voters will decide on two Seattle Public Schools levies in February in a special election, and later in the year,Seattle School Board seats, seven of nine Seattle City Council seats, King County Council seats, and an unknown number of ballot initiatives.

There is no time like the present to do the right thing. Instead of dwelling on the past, it is time we move forward. We must learn what we can from history to do better for a brighter future. Our greatest hope has to be in the power of the people, not the flawed political will of corporate politicians. We can do better. The choice is ours. 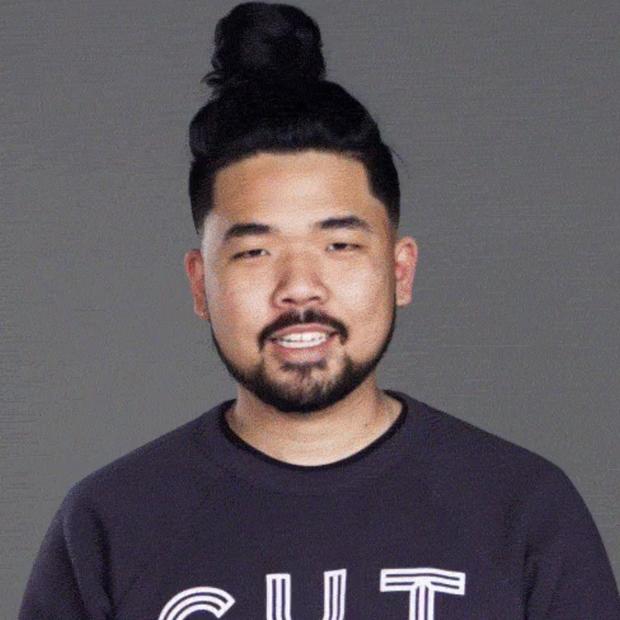