Washington voters may get final say on safe injection sites 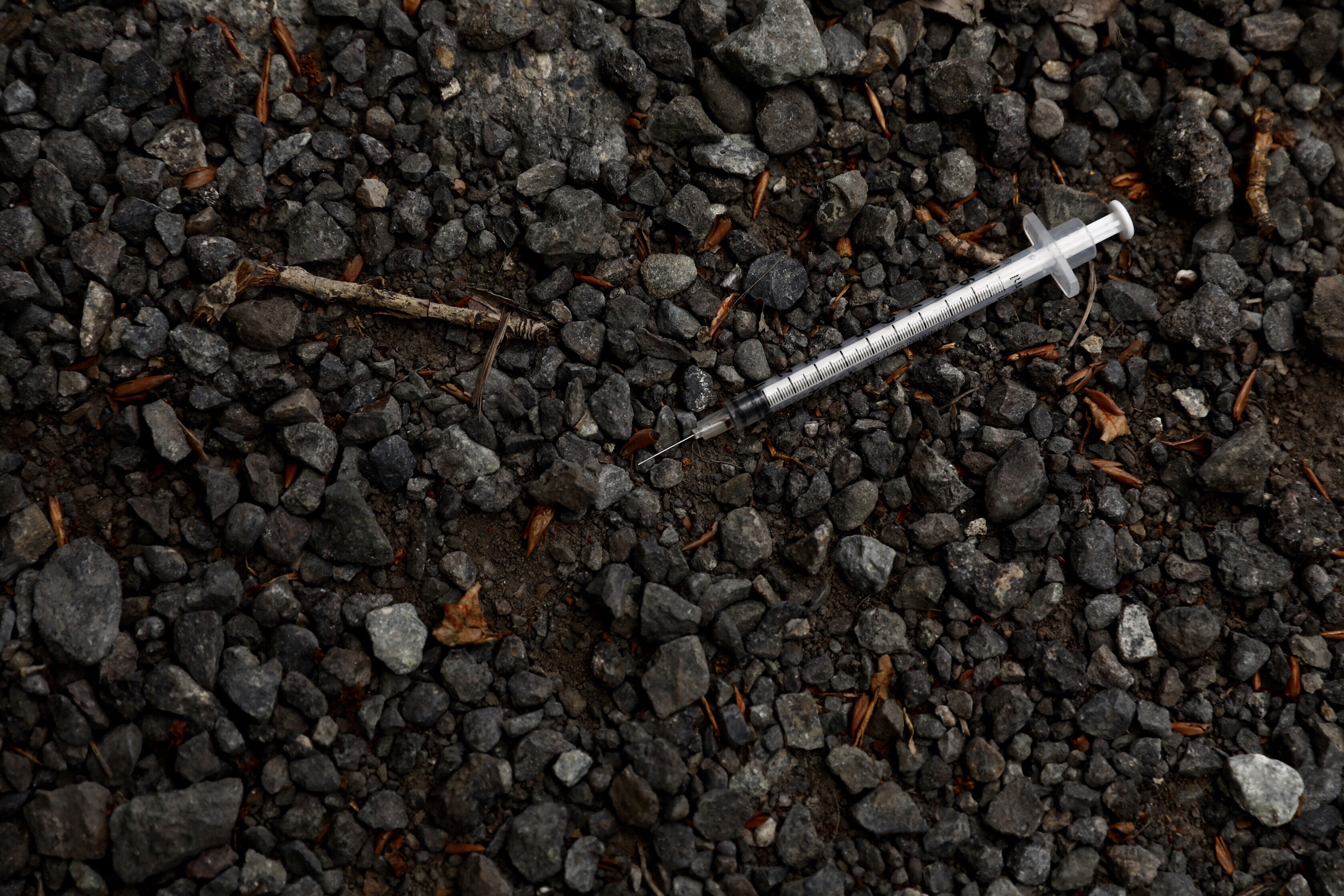 A needle found on the ground in a parking lot in Seattle's SoDo neighborhood, June 4, 2018. (Photo by Matt M. McKnight/Crosscut)

Not often do I praise the Seattle City Council, but here goes: When time came to take a stand on supervised heroin injection sites, the members stepped up and voiced their approval. So did the candidates for mayor, including eventual winner Jenny Durkan. True, it wasn’t a heavy lift in progressive Seattle. But they still recognized that people accountable to the public should weigh in publicly on a bold change in social policy.

City councils also voted on injection sites (though in opposition) in nearly a dozen cities and towns surrounding Seattle. And the Snohomish and Pierce county councils joined all the suburban cities in voting to keep injection sites out of their jurisdictions.

Rather than gather testimony and openly debate the strengths, drawbacks, virtues and vices of saving lives by involving the government in sustaining someone’s heroin habit, King County convened a task force of politicians, health officials, activists and law enforcement representatives. Their recommendations, easily foreseen by the makeup of the panel, were forwarded to the equally predictable King County Board of Health, and enacted into law without a vote of the elected council. Supporters of the approach boasted it ensured a decision based on the worthiness and efficacy of heroin injection sites, not politics.

Actually, it ensured a cynical twofer — a guarantee that heroin injection sites would get the green light and political cover for council members who favored them in districts that opposed them.

The backlash was quick, led by Bothell businessman and City Councilmember Joshua Freed. Freed had gone to Vancouver, B.C., to see the Insite “safe injection site” in the city's Downtown Eastside district, Having seen the urban decay worsened by the area’s heroin culture, Freed launched the campaign for Initiative 27 in the spring of 2017. The initiative would have blocked injection sites from opening in King County.

Defenders of the Vancouver facility, the first in North America, point out that no one has actually died in the facility, and many have been saved from overdosing. Family members of deceased drug addicts have argued their loved ones might be alive if they could have visited a facility like Insite.

On the other side are family members of former addicts — and sometimes recovering addicts themselves — insisting that heroin injection sites are just one more way to mainstream heroin culture, and give addicts one less reason to seek help. They scoff at the idea that counselors in the injection sites can encourage addicts to avoid smack in the middle of a high.

Overdose deaths in British Columbia have soared since the Insite center opened 15 years ago. In 2005, fewer than 300 people died overdosing. In 2016, 993 people died from overdose. Last year, the number jumped to 1,420, with a clear majority tied to fentanyl, a powerful synthetic narcotic that is easy to overuse. But supporters of injection sites say the lethality of fentanyl is all the more reason to have these facilities available.

Sounds like an issue ripe for robust debate. But no.

When Freed’s I-27 garnered enough signatures to qualify for the ballot, opponents sued, saying the public shouldn’t be allowed to overrule a life-and-death health matter that was put in the hands of the health board to decide.

So where does that leave the issue of injection sites?

From a practical perspective, the debate continues about where to put them. There is discussion about putting the facility on wheels and make it mobile.

The political angle is even more interesting.

It is settled law that King County voters can’t overrule the health board. But what if a statewide initiative appeared declaring that no jurisdiction anywhere in Washington can own, operate or participate in a facility involved in the use of illegal narcotics? The initiative would be proactive, not reactive like I-27. And the idea that voters can’t be trusted to decide sensitive health issues like heroin injection sites is a tough sell in a state where abortion policy, the death penalty, physician-assisted suicide and marijuana legalization were all debated and decided as ballot measures.

There probably will be a bill to prohibit safe injection sites in the Legislature next month that won’t get so much as a hearing in the Democrat-dominated House or Senate. But an initiative in 2019 would scramble local politics just about everywhere outside Seattle. The Supreme Court has made a local issue a statewide issue.