Bye, Seattle: 7 cities you should move to 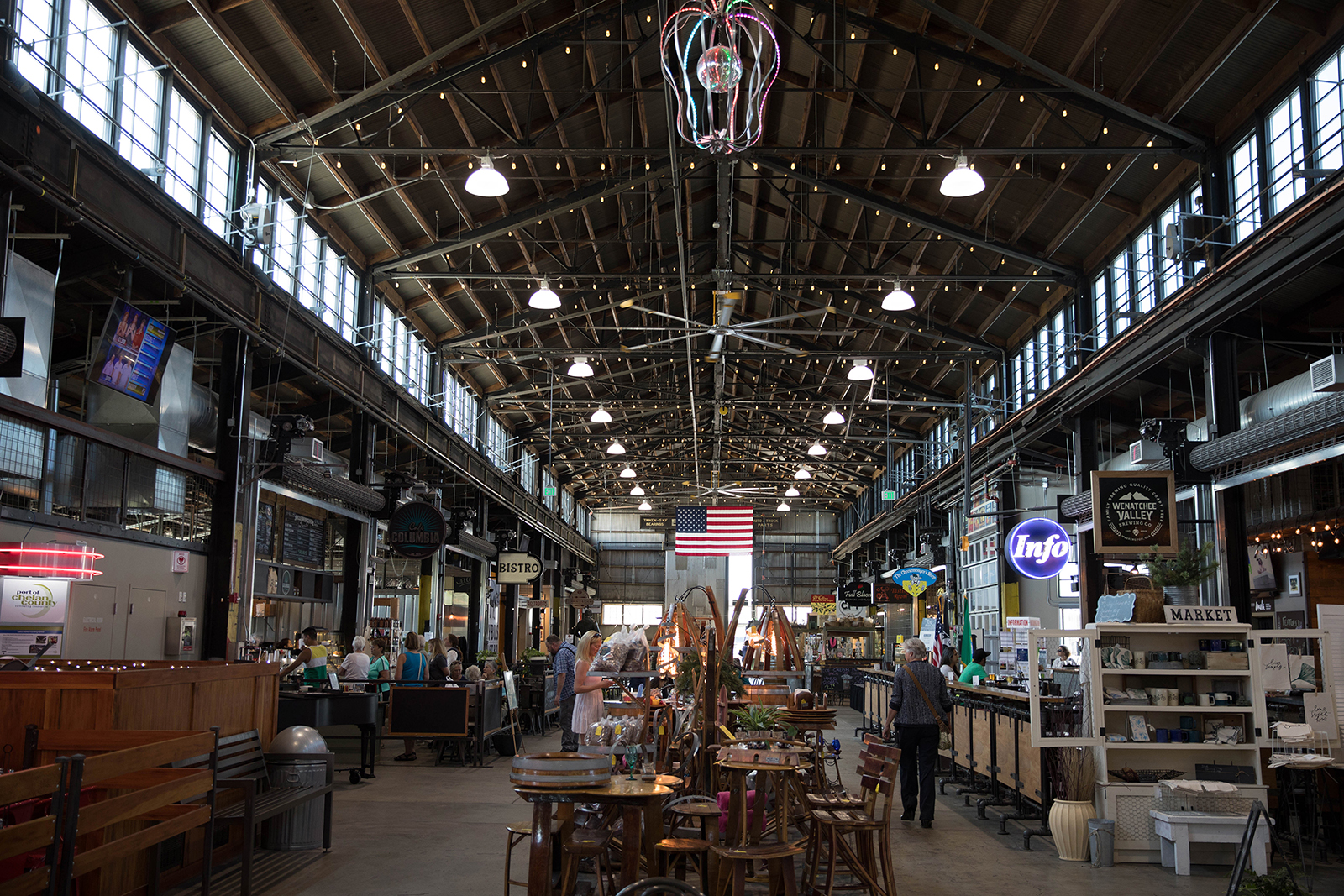 A view of Pybus Public Market in Wenatchee, during July 2017. (Matt M. McKnight/Crosscut)

Many folks have considered moving out of Seattle as they near retirement, or find themselves fed up with impossible gridlock and high prices — in a city that’s lost some of its old-school charm. While home sales in Seattle and the Eastside have flattened, they are “humming” in the “outer reaches” of the great metro area, says The Seattle Times. This outflow portends well for other cities in the immediate region, and I’ve decided to offer some helpful thumbnail sketches (and some new slogans) of what these burgs have to offer Seattleites flirting with relocation.

Many Seattleites have chosen to retire in Port Townsend, which has the feel of a Pioneer Square that’s been restored by hippies. It’s beautiful and livable in the best ways, and home to many festivals celebrating words, music and wooden boats. If you move there, your old Seattle pals will be sure to visit. Jefferson County is reliably Democratic, which not all Olympic Peninsula counties are. So Port Townsend is a mecca for older liberal Seattle refugees, while, to the west in Clallam County, rain-shadowed Sequim is known for lavender fields and for seemingly attracting urban retirees who are a little more conservative, and who like to put figurines and windmills in their gardens.

Hipster havens tend to move about — hipness is rather ephemeral, always on the move: Capitol Hill, Georgetown, even Ballard. Brooklyn became shorthand for that in the early ’00s, and various Seattle neighborhoods have been given the moniker. Burien also was bestowed the tag a few years back, then lost it, but has been regaining it as more folks flee there because of its affordability and the Amazon invaders ravaging Pike/Pine. It’s hip, however, in its historic unhipness.

I have a number of friends and former colleagues who have legged it to Bellingham. It’s a college town, adjacent to great beauty (Mount Baker, Puget Sound, the Skagit and Nooksack valleys), and it seems to offer that blend of urban and rural that Seattleites love. But it also has the whiff of Trump-era escapism; perhaps someday it will be a stop on the underground railway for progressives escaping to Canada for universal health care. Our northern neighbor is so civilized: gluten-free options at roadside diners, polite people, hipsters who smile, great poutine, good lawnmower beer, democracy…you know, stuff we can’t get here.

Many Seattleites want affordability and sunshine. Go east! The upside of the Apple Capital: It’s close, it’s sunny, and there’s lots of fresh fruit and nearby wineries, a Columbia River river walk and a fun public market. Oh, and there’s nearby skiing, and Leavenworth, if you get a sudden craving for jägerschnitzel. Plus, if you want to be liberal missionaries, central Washington needs urban refugees to make Chelan County blue! The downside: People over there are on to you, and many resent Seattle folk moving in and driving up prices. In Wenatchee, Seattleites are the Californians. If you do move, be the first to put a “Don’t Seattle-ize Wenatchee” bumper sticker on your Subaru — drysiders love to hate Seattle.

I have family that recently moved to B-town. Bremerton is an unpretentious Navy and shipyard town with comparatively cheap housing and a no-frills charm. I break down Puget Sound ferry riders in this way: Your architect rides the Bainbridge ferry, but the guys and gals who actually built your house ride the Bremerton boat, along with some pretty hungover-looking sailors on Sunday mornings. It’s now a manageable commute to Seattle with the faster passenger-only ferry service; the traditional car ferry ride is longer but more scenic than other cross-sound routes. If you feel more comfortable carrying a lunch bucket, Bremerton has appeal. Plus, it’s easy to get to Hood Canal and the Olympics from there.

Join us for Crosscut Live: Seattle vs. Spokane

Is living in Seattle all it's cracked up to be? Can Spokane serve as a creative utopia?

Crosscut's Knute Berger will moderate this conversation between journalists, authors, poets and more about the lifestyle, politics, growth and culture of Seattle and Spokane. Join us this Thursday, January 24th at Hale's Palladium in Ballard!

Everett, in sprawling Snohomish County, once yearned to be the Pittsburgh of the West, but unlike Tacoma, no major upgrades have transformed it, nor did it ever achieve Pittsburgh status. And the traffic on Interstate 5 around Everett is terrible — one of the worst rush-hour(s) commutes in the country, they say. It resists appeal. It’s not the new Brooklyn, but the old Everett, and as such, deserves its place as a city we don’t dream of, but might settle for in an emergency. As such, I suspect it’s like one of those undervalued stocks and should appeal to urban pioneers willing to invest in a place that could one day have new Burien potential.

Tacoma: What Seattle used to be

Tacoma used to be known as the “City of Destiny.” It’s had a rocky century, with various projects promising renaissances, but the city has morphed into something that resembles archrival Seattle without some of that city’s problems, such as spiraling costs and the feeling that the little guy is being pushed out. Tacoma still has affordable Craftsman homes, down-to-earth neighborhoods filled with local businesses, beautiful parks, a fabulous zoo, colleges, museums and no Amazonia. Yes, perhaps you can afford to buy a house and breathe air with a hint of the sea (and little else — the traditional “Aroma of Tacoma” is almost gone now). It’s diverse, too, and with a manageable downtown, and if you can’t stand I-5 — and who can? — you can take rail to the Seahawks or Mariners games. Tacoma looks like a better Seattle than Seattle these days.

Editor's note: This article originally appeared in the December 2018 edition of Seattle Magazine.