If confirmed, Saad Bashir of Ottawa, Canada, will oversee the city's most important department you've never heard of. 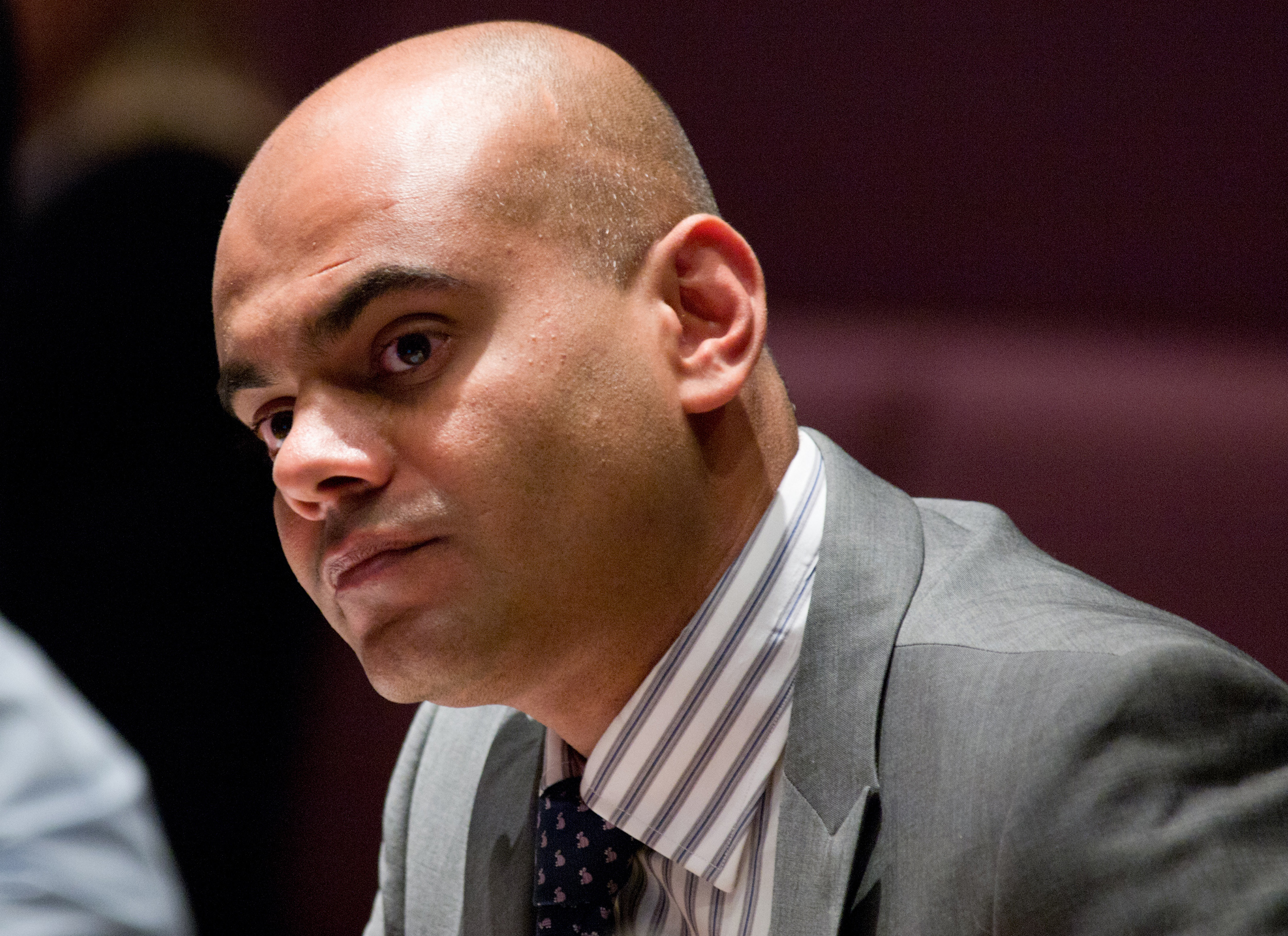 Saad Bashir at an Oct. 10, 2012, city council meeting at City Hall in Ottawa, where he first served as director of economic development and innovation and then chief information officer. (Garth Gullekson, Postmedia)

Mayor Jenny Durkan will nominate Saad Bashir of Ottawa, Canada, to lead Seattle’s Information Technology Department, filling another department leadership role that had been long-vacant under her watch, Crosscut has learned.

Bashir will take over a department that is all but invisible to the outside world, but is integral to everything the city does. Adaptive traffic signaling, body-worn cameras, emergency radio, surveillance technology, cybersecurity: IT transcends any one department to provide technology solutions across the city.

The department has a budget of $277 million for 2019 and employs the equivalent of 680 full-time workers.

In an interview Friday, Mayor Durkan said Bashir "has the potential to be a real superstar, not just in IT, but across the departments in trying to understand where we’re trying to get as a city and helping departments think through how [IT] can help them get there."

IT has been without a permanent director for almost exactly a year. Michael Mattmiller, who was appointed by former Mayor Ed Murray and made $140,000 a year, resigned in January 2018, several weeks after Durkan took office. Tracye Cantrell has been the acting director since then.

If confirmed by the Seattle City Council, Bashir will take over what is a relatively new department. Partway through his truncated time as mayor, Murray elected to consolidate all of the city’s technology functions into one office. As a result, IT employees who had formerly worked in City Light, the police department or any number of other departments were moved to another department under the charge of the city’s lead technology officer. The aim was to create efficiencies of scale and to be sure that distant corners of the city worked off of the same technology systems.

But the consolidation was beset early on by struggles. Employees across the city complained of an overwhelming process, meaning getting a replacement monitor or software update could take weeks. And for employees hired to work in one department — such as with the fire department — moving to another was often an unwelcome change.

“Since consolidation, our experience has been that project costs have soared even as the project timelines have slowed to a crawl and customer service has basically evaporated,” wrote the Seattle Police Department's former chief operating officer, Brian Maxey, in a February email obtained through a public records request.

Durkan spoke approvingly of consolidation generally, but signaled that she was open to tweaking some aspects of the process. "It’s one thing I want to look at with him," she said. "When does it make sense to have some resident computer or tech people within a department so they’re immediately responsive to the unique needs that department may have?"

Bashir studied computer engineering at Queen’s University in Kingston, Ontario, according to an article in the Ottawa Citizen. He worked in various private sector jobs in strategic development and planning, according to his LinkedIn profile, before accepting the job as Ottawa's director of economic development and innovation. According to the Citizen, Bashir was tapped to lead Ottawa’s IT development in July 2016.

Inheriting a beleaguered IT department will not be a new experience for Bashir. The Citizen described Ottawa’s department as “rudderless” in 2017.

“Everybody was scared, confused, and there was no sense of clear direction,” Bashir told the paper. “Before I moved in, I was a client of IT and I wasn’t even sure what IT does. To me, that was a problem in itself.”

IT is also the target of advocates for a municipal broadband network — government-run internet. Durkan said she supports ensuring broad access to the internet through various means, but echoed what she's said in the past about the cost of municipal broadband, which has been estimated at $600 million. "I think if we have money in that range we’ve got to focus on housing, housing, housing and affordability," she said.

Bashir also will be the lead officer on ensuring that the city cybersecurity network is strong. On this front, Durkan said the city repels attempted attacks everyday. "We are, but we’re not as good as we want to be," she said.

Durkan has been criticized for the pace with which she’s filled empty department positions, with several key roles left vacant a year after she was sworn in. She’s remedied that in recent weeks with a flurry of nominations to lead the Transportation, Human Services and Civil Rights departments. In nominating Bashir to lead IT, vacancies remain at only the Department of Parks and Recreation, Office of Economic Development and the Department of Human Resources, whose acting director recently withdrew her nomination to take the permanent job.

Asked about the pace, Durkan said, "There’s a big myth about that. It’s like if you don’t have a confirmed director, somehow all work stops. And it hasn’t."

Correction: An earlier version of this article stated that Bashir was tapped to be Ottawa's CIO in April 2017. In fact, it was July 2016.