The eerily calm scene at the Canadian border 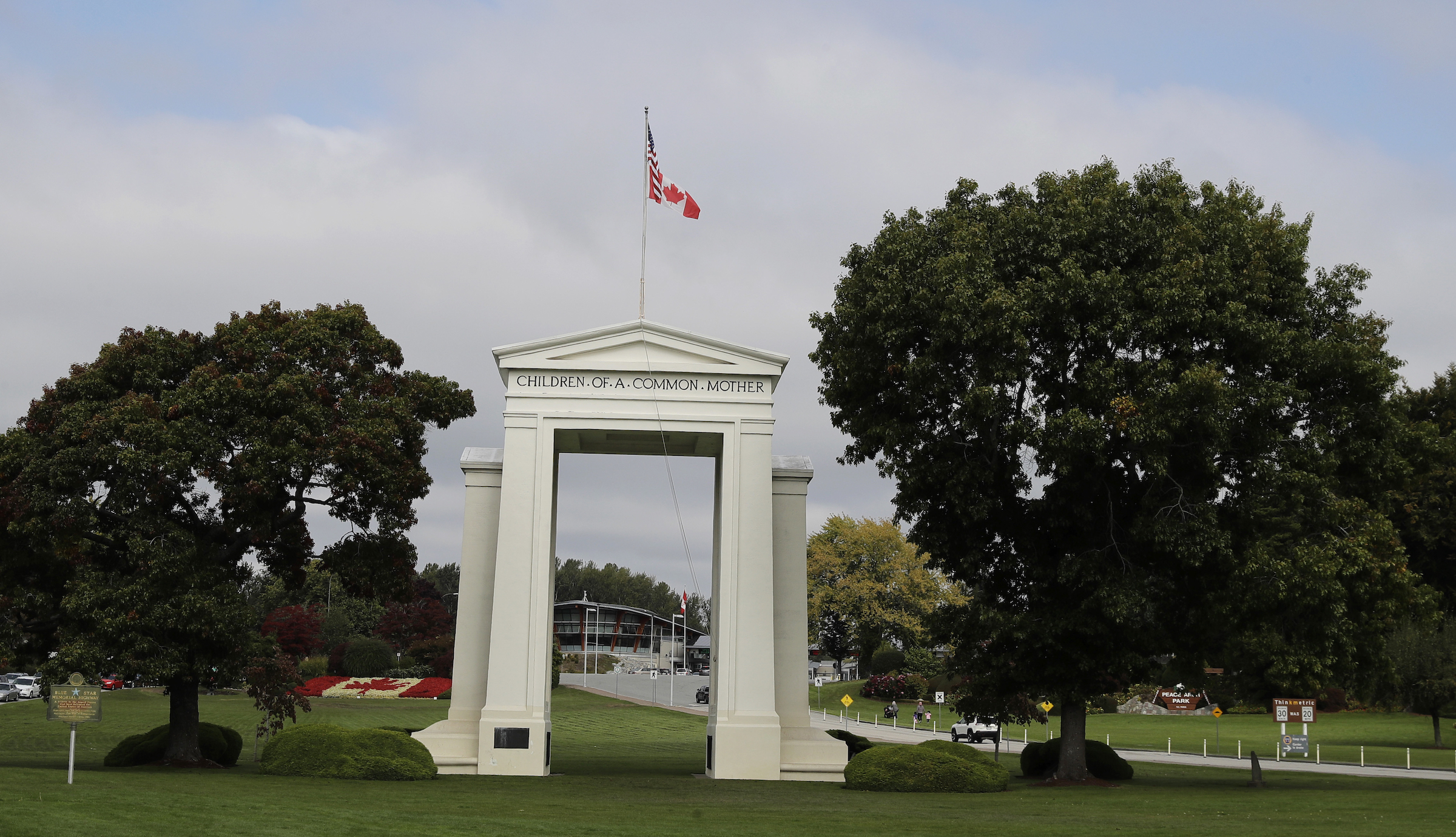 When I crossed into the U.S. from Canada the other day, I was assailed only by the vision of a harbor full of seals and shorebirds to the west and abundant, bird-brimmed evergreen trees to the east. There were no raucous caravans, exploitative coyotes, or divisive politicians. I passed an arch with the inscription, “Children of a common mother,” which the decolonized side of my brain read as, “Brother from another mother.”

Most conspicuous by its absence was any talk or notion of building walls. I was at the border, see, not The Border. I was a brown guy, but in the Great White North, which for me is usually anything beyond the International District or Central Area in Seattle.

On this evening, however, I was way farther north, at the crossing between Surrey, B.C., and Blaine, Washington. In these parts and beyond, any mention of a wall in the north almost certainly is referencing the one defended by Jon Snow and the Night’s Watch of Game of Thrones. There is none other, at least not along the longest unguarded international border in the world between two countries.

We’ve spent most of the Trump administration debating truth — what it is, who tells it or doesn’t, why it is important (or not). What we don’t often discuss is untold truth. And a racist president shutting down his own government in pursuit of a racist policy is an example.

All the false claims and rationales for a border wall have been bunked and debunked many times over. There is no terrorist threat emanating from the other side of the Mexican border, no stampede of rapists and murderers, or flood of illegal drugs. The only crisis is the American people being shaken down for $5.7 billion to slake a runaway, bigoted ego and gorge the basest appetites of his shrinking base.

NBC News recently reported that Customs and Border Protection officials intercepted six times more people appearing on a terror-suspect database who tried to enter the country from Canada than from Mexico between October 2017 and April 2018. While illegal immigration across the Mexican border approaches a 50-year low, the number of people apprehended at the Canadian border by Border Patrol agents increased 142 percent during the first six months of 2018, according to a CBS report.

At the end of 2018, a Canadian man was sentenced to 40 years in prison after confessing to working with the Islamic State (or ISIS) on planned terrorist attacks in Times Square and the New York City subway. A few months earlier, another Canadian man, wanted for sexual assault and murder, was arrested here in King County, in Kent, and subsequently extradited. Neither has joined the parade of Mexican “criminals” featured on the president’s Twitter account or in his rhetoric.

For me, and a lot of other people of color, when you strip away all other plausible reasons and causes, and are left simply with black or brown and white, it’s difficult not to see race in the roots of the wall fight. It’s not a crutch or a card to be played. It’s seeing in the sham and shame of border-wall symbolism that Canada=white and Mexico=brown. And in the white supremacist equation, white>brown. In the American pejorative, everything in our Sunbelt makes up the Lesser Brown South. And a wall is the fevered demand of many. But, up in the Great White North, whether you are, say, Russian and want to wreak havoc on American elections or Chinese and want to write code at Amazon, there are numerous stretches along 5,525 miles of U.S.-Canada borders where you can simply walk or paddle across without fear of being hunted down like a dog.

A couple years ago, I was driving with some Latinx activists from Tucson to the Kitt Peak National Observatory. While we were motoring through the Tohono O’odham Nation, which is sovereign tribal land, our driver casually declared, “Looks like a checkpoint coming up.”

“But we’re not anywhere near the border,” I pointed out.

Another of the activists chimed in: “The border is coming to us.”

We were questioned by men in uniform about our citizenship status, then waved on. I felt profoundly violated. The others shrugged off the experience as routine and, in the context of many other stops, starkly benign. I learned later that the Border Patrol exercises extra-Constitutional powers, affirmed by the U.S. Supreme Court, to operate fixed immigration checkpoints within a 100-mile zone of land and coastal borders. About two-thirds of the U.S. population resides in that zone.

I’ve lived all my life a little more than 100 miles from the Canadian border. I was married in British Columbia, for gosh sakes, and regularly visited an aunt, uncle and two cousins in Richmond, B.C. Yet, while the Border Patrol does exercise its authority in this state to some degree, I never have encountered anything remotely like that harrowing stop in Arizona. Nor do I know anyone else who has.

The other day, the only hassle I experienced, if you want to call it that, came from a slightly overzealous cosmetics salesperson in the duty-free store. But being a citizen of the friendliest nation on earth, she later offered me a lovely parting gift as I exited.

“I’m supposed to make you choose,” she said, a prize in each hand. “But I’m just going to give it all to you.”

Giveaways at the border? I’m confident that, down south, someone would brand them as entitlements.